Last week was International Women’s Day. I actually celebrate that everyday, since I am an international woman. It was nice to reflect on my influencers, and I pulled from my own collection to Instagram the occasion. However, these books are a fraction of women who influenced me, both in writing and in actions. 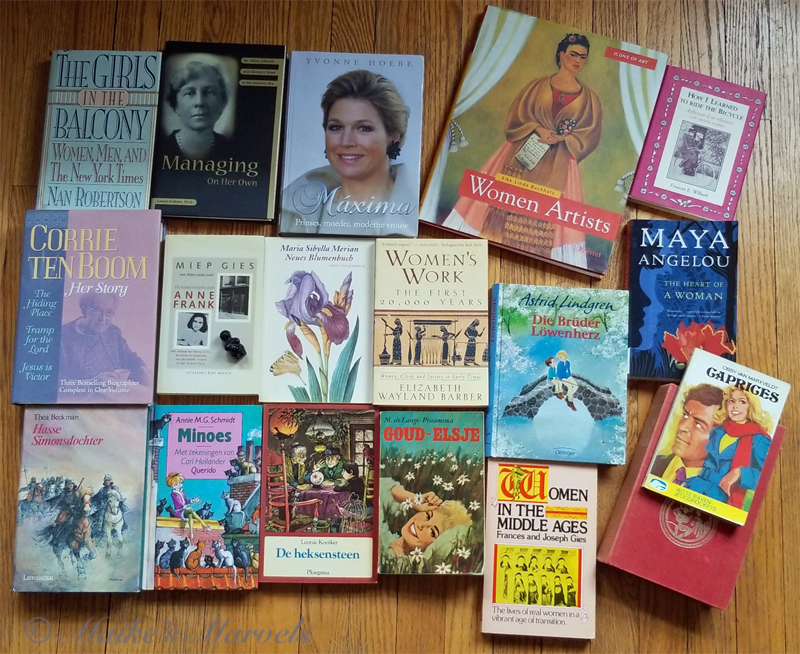 I don’t think I finished Girls in the Balcony, so that’s one to revisit, but women journalists obviously captivated my interest during my undergraduate studies.

Managing on Her Own is about Dr. Lillian Moller Gilbreth, the mother of Cheaper by the Dozen who in addition to raising 12 children had an engineering career.

Queen Máxima captivated our crown prince’s heart and is now Queen of the Netherlands. Since the Dutch princes are so close to my age, the idea that she grew up, studied business and then met our future king without any notion of ending up in the Netherlands captivates the imagination. It could’ve been me, ya know? ;p

Women Artists by Elke Linda Buchholz is a fabulous journey from the 1600s to 2000, highlighting woman artists I did and didn’t know. I want to learn more about all of them…

I discovered the Frances Willard House only a few years ago, and am fascinated by the multi-faceted perceptions of Frances Willard.How I Learned to Ride the Bicycle is compiled from her own words, and I am eager to read more biographies about this feminist in a corset as I hear bits and pieces of her intention, perception, and what has not been told.

The Hiding Place is the story of Corrie Ten Boom’s role in the Dutch Underground during World War II. She leaned heavily on her Christian faith during her time in a concentration camp.

More well-known of course is Anne Frank, whose diary captivated me at a young age. I received my first diary in 1982, and probably read her book shortly afterwards. You can still visit the Anne Frank Huis in Amsterdam. Being both Dutch and German, World War II brings lots of conflicting emotions and a heritage of guilt along with it.

Miep Gies was the one who helped hide Anne Frank, and her book Het Achterhuis had an impact on me too. I still don’t know if I would be that brave.

Maria Sibylla Merian is a relatively new discovery to me. I saw a book about her in Schiphol and went down a rabbit hole of biographies about her and other butterfly women for a few years. New articles keep teaching me new things about her. 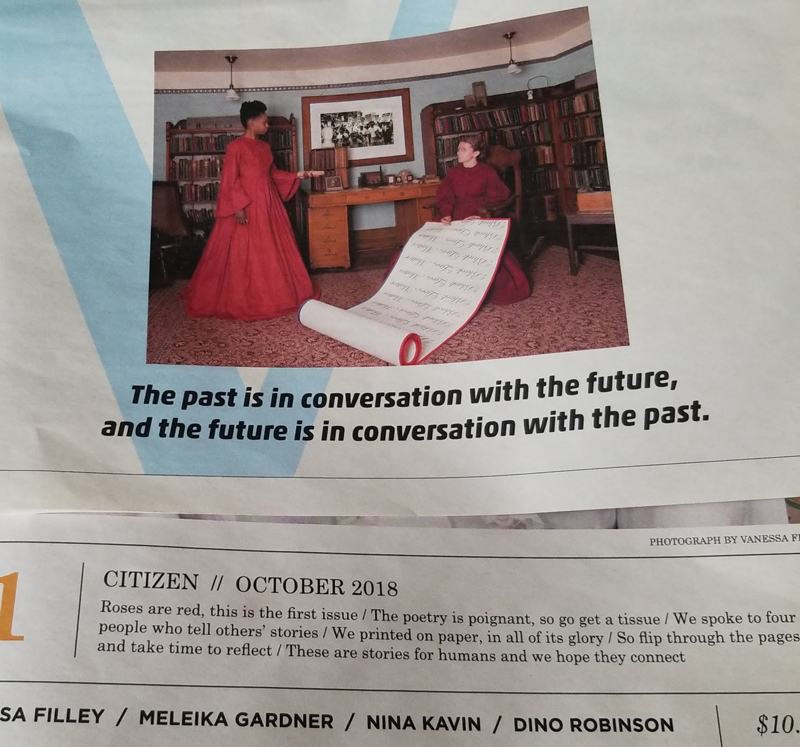 I picked up Women’s Work by Elizabeth Wayland Barber during my Greece research, but haven’t read it yet. It was a good representation for women to learn about though!

Astrid Lindgren captivated my childhood imagination with her lovely books. I started with De kinderen uit de Kabaalstraat, fell in love with Jonathan Löwenherz, and admired Ronja the Robbersdaughter’s bravery. Who can forget Pippi Longstocking?

The Heart of a Woman by Maya Angelou spoke to me at the library the other day. Her spirit surrounds us, which makes me unsure whether I ever read I know why the Caged Bird Sings or if that title just oozes around her. Reading this book and knowing how much more she did makes me both hopeful and defeated in terms of what I want to do when I grow up… What an amazing life she had.

Hasse Simonsdochter is the first book that made me cry. I was so invested in the characters that it took my breath away when one perished*. Thea Beckman became my writing idol in 1984, and hers was my first book collection. I still want to write historical novels someday.

I don’t know much about Leoni Kooiker but her Heksensteen story lingered with me for a long time, and gets a reread every once in a while.

Women in the Middle Ages by Frances and Joseph Gies is an overview of famous women like Hildegard von Bingen.

I don’t know when I first read Joop Ter Heul by Cissy van Marxveldt, but it holds a similar memory to Trotzkopf so it must have been around my tween years. I have reread her novellas many times for entertainment and for a glimpse at life in the 1920s and 1930s.

Of course I have read numerous other biographies of actresses, singers and other wise women who inspired me. I am more conscious now of reading books written by women, since there is such a dominance of white men in the literary market. As a Dutch-German European, women of color are a little harder to draw from in my childhood, but there are so many resources out now to create a more well-rounded reading list and be more aware of HERstory from all continents. Just seeing Caravans of Gold makes me aware how skewed my point of view is simply from where I was born. The beauty is that books and articles and documentaries and podcasts can remedy all that, and librarians are the first to create more inclusive and more aware reading lists. Oh, and my friend has more statistics on diversity in Art Museums. 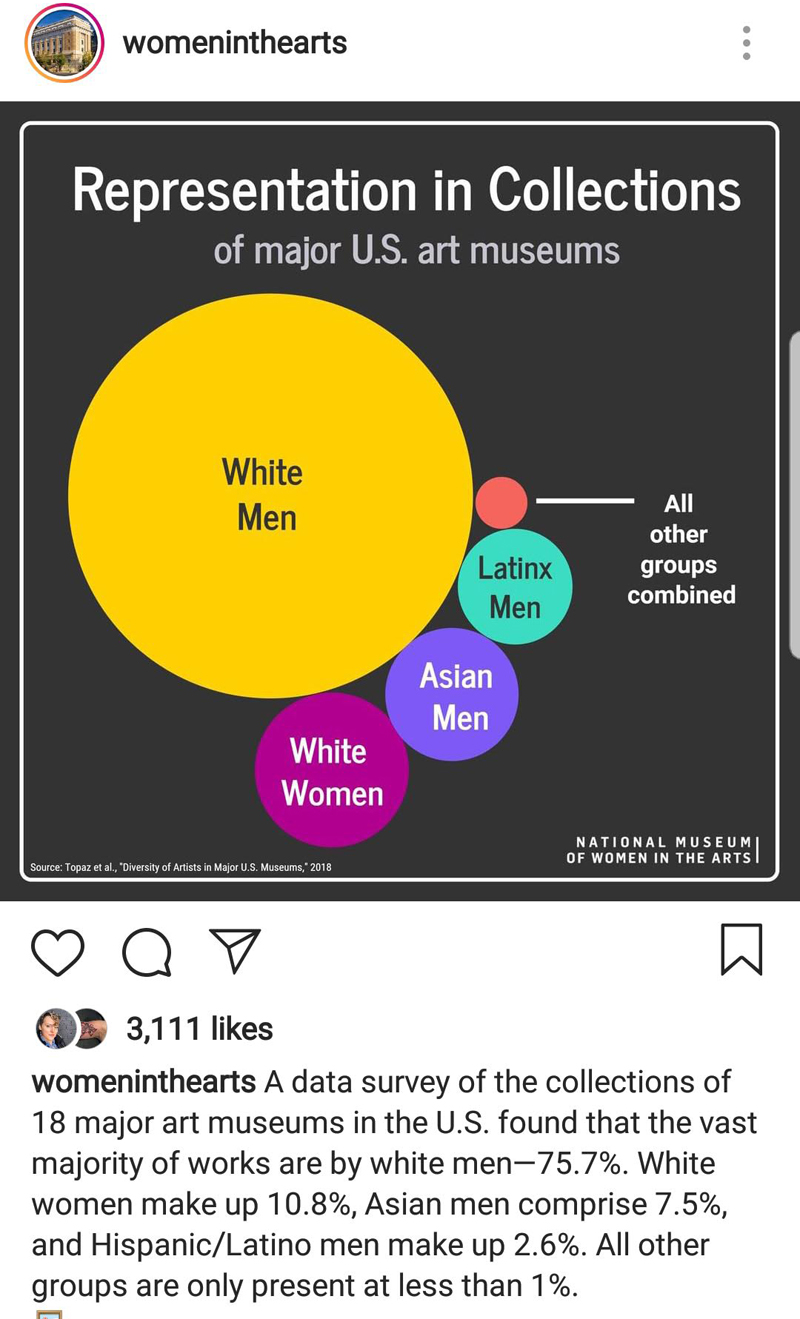 Who are your most influential women? Do you have a particular reading challenge this year?

*The only other time a character’s death impacted me as severely was in Lord of the Rings, and I never finished reading The Two Towers or its sequel because I was too upset with the loss. (Yes, I know there is a plot twist now, but I am still boycotting the written version-which I  have in German).