“I collect new books the way my friends buy designer handbags.
Sometimes, I just like to know I have them
and actually reading them is beside the point. …
The mere act of buying them makes me happy–
the world is more promising, more fulfilling.”
~ Dora in Literacy and Longing in LA

This coming Thursday, July 25, NEW is hosting its Wine, Women and Wellness event at a bookstore. It’s been a long time since I was in 57th Street Books, but I remember it being a wonderful, old-fashioned bookstore experience. If you are a bookworm, you definitely want to come and hang out with us that afternoon. You can RSVP on Facebook or our Meetup Group. 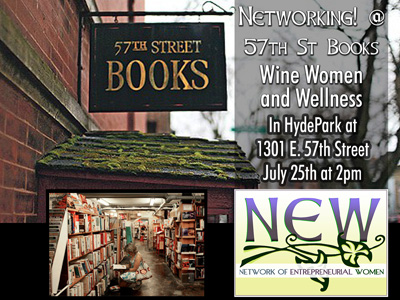 As a bookworm, I am having a hard time picking my favorites to share with the group. So I went through my quote books picked by how many pages certain authors filled with their wisdom, which turned out to be a lot of gutsy, entrepreneurial women.

“Focus on what these seemingly disparate women
have in common:
They are all risk takers and decision makers
who know that creativity doesn’t just happen by itself
but requires hard work.
Each realized that in order to pursue her passion,
she had to become a savvy businesswoman.
All have learned to ask for help and to offer it.
~ Kathie Fitzgerald, Crafting a Business

To me, the ultimate gutsy woman I learned of in childhood was Miep Gies, the woman who helped hide Anne Frank in an Amsterdam attic. Anne Frank Remembered is her story. Since then, there has been a theme of reading about independent women throughout my life. 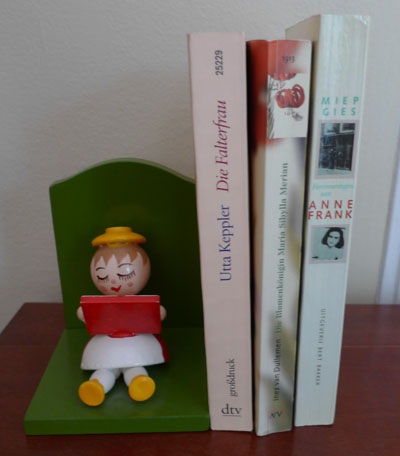 “Cooking was so endlessly interesting
that I planned to make a career of it,
though I was sketchy on the details”
~ Julia Child (age 39 at the time)

From a more entrepreneurial perspective, My Life in France by Julia Child was a fantastic complement to the Julie/Julia movie when it came out. I love Julia Child’s sense of humor, and her groundedness as she details her journey to TV stardom.

“I laughed. Me on television?
What an idea!
We had hardly seen a single program
and didn’t own a television set.”
~ Julia Child

Recently I completed Confessions of Madame Psyche which is a captivating novel about an Asian-American girl/woman set in Northern California from the early 1900s to 1959. I learned a lot about California History but also admired the entrepreneurial perspective of a family capitalizing on a young girl’s ‘psychic abilities’ and the business aspects that come with that. It is a great book to get lost in on a weekend. What struck me is that Mei-li has a variety of “careers” throughout her lifetime, from being a psychic to literally joining the circus to other vocations (can’t spoil the story by listing them). 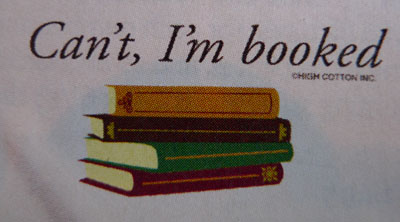 New Co-Founder Erica Thomas recommends Shiksa Goddess: Or, How I Spent My Forties by Tony and Pulitzer Prize winning Playwright Wendy Wasserstein.
“I found this book to be very motivational,” Erica said. “Wasserstein writes honestly about her goals and her passions, and what she learned about herself as she attempted to accomplish a to-do list she wrote for herself. She writes about both her successes and her failures, but mostly about those goals that you are driven to fight for no matter what. It’s also an immensely funny, passionate read that is hard to put down – which doesn’t hurt.”

Another book Erica enjoyed is But Enough About Me: How a Small-Town Girl Went from Shag Carpet to the Red Carpet by celebrity journalist Jancee Dunn.
“This is another favorite by another wildly successful woman author who writes about herself with ego-free self-deprecation and wit – I always find it reassuring to read about highly successful women at the top of their careers who still face ordinary human challenges like insecurity,” Erica said. “As Dunn describes her first experiences interviewing some of the biggest celebrities imaginable, it is her stories of how she overcame her own insecurity around these titans that inspired me, and that I still refer back to.”

“An award is just a little icing on the cake,
a fun night, but it can never fully define you
or be the declarative sentence that describes your genius,
because it doesn’t.”
~ Goldie Hawn

I checked out A Lotus Grows in the Mud by Goldie Hawn on a whim, and was surprised at how much depth this actress known mostly for playing a ditz has on a personal level. I filled my quotebook with pages of her wisdom, and will borrow the book from my mom (whom I gifted it to) again for a refresher.

“If we just let go and trust
that things will work out the way they’re supposed to
without trying to control the outcome,
then we can begin to enjoy the moment more fully.
The joy of freedom it brings
becomes more pleasurable than the experience itself.”
~ Goldie Hawn

Dream Doll: The Ruth Handler Story was a captivating read about the story of Barbie as a business, with a variety of misadventures interspersed. I read it years ago so I don’t remember specifics, but it was enlightening.

Crafting a Business: Make Money Doing What You Love profiles a variety of woman business owners in the crafting industry, which was very inspirational to me when I was still thinking of taking the plunge into a creative business from a corporate job.

Since many crafty women aspire to be Martha Stewart, I have to put Martha Inc. on the list. It was a very insightful book, but not in a good way, unfortunately. Part of me wishes I could still be a Martha fan, but while I admire her ability to build an empire, as a person I do not aspire to make my way the way she did. 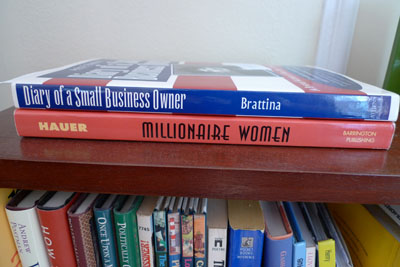 Years ago I read Millionaire Women by Jeanne Torrence Hauer, which profiles 16 high-profile businesses including The Pampered Chef, Mary Kay Cosmetics, Lillian Vernon Company and Two Men and a Truck. In the pre-wikipedia age, it was nice to get insight into how long it took for these woman business owners to make it, but the book might be dated by now.

In the pre-blogging era, I also found Diary of a Small Business Owner by Anita F. Brattina insightful, taking us through her growing pains with an expanding company and employee management. Her company appears to be defunct now, so I am not sure if this is a good example anymore.

Writing books is not as easy as it seems.

“Persons who have read the book have told me
it must be marvelous to be able to sit down and dash off sentences that read so smoothly.
I have a hard time convincing them
that the sentences I consider the easiest to read in the book
are the ones that I labored over and rewrote and rewrote
before I was satisfied I had made my meaning clear.”
~ Margaret Mitchell

On a trip to Atlanta I was captivated by Margaret Mitchell and John Marsh: The Love Story Behind Gone With the Wind. It is a very long read, but I loved learning about the relationship between her and John (he was so devoted) and the “perspiration in quarts and the application of the seat to the pants to the seat of a hard typewriter for months and years” (John Marshal’s words) that went into gone with the wind.

“Despite its length and many details
it is basically just a simple yarn of fairly simple people.
There’s no fine writing, there’s no philosophy.
There is a minimum of description,
there are no grandiose thoughts, there are no hidden meanings,
no symbolism, nothing sensational —
nothing at all that made other best sellers best sellers.
Then how to explain its appeal
from the 5-year old to the 95-year old?
I can’t figure it out.”
~ Margaret Mitchell

A few other books celebrating gutsy women are shown here. Want to celebrate more women writers, perhaps for a whole year? Check out this blog from the UK.

Stay tuned for a listing of recommended business books another time! 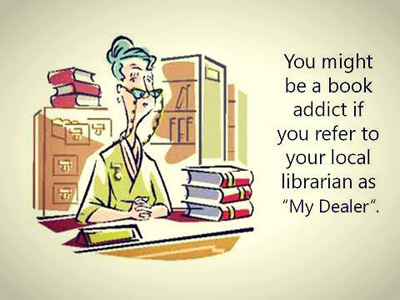 (Note: I am linking to Amazon.com for convenience, but I recommend keeping your LOCAL bookstore in business by ordering from there, or use your library for a more economical way to get your wisdom on–renewals let you keep books for up to 3 months).

“Why are we reading if not in hope
that the writer will magnify and dramatize your days,
will illuminate and inspire us with
wisdom, courage and the possibility of meaningfulness,
and will press upon our minds the deepest mysteries,
so we may feel again their majesty and power?”
~ Annie Dillard, The Writing Life

NEW – The Network of Entrepreneurial Women is an exciting, fresh group of Chicagoland business women who are upgrading business networking in the Chicago suburbs and beyond. Focusing on no nonsense networking, the group holds fun and creative events that inspire attendees to work together, refer each other and most of all cheer each other on as the membership succeeds together. The NEW art of networking involves semi-monthly events that remind us why we love being entrepreneurs, and introduces attendees to other radiant, inspirational women entrepreneurs as we form a community that is open-minded, focused and friendly.

Booklist at a glance:

One thought on “The Gutsy Women Booklist”