“Art should comfort the disturbed and disturb the comfortable.”
~ attributed to Banksy
and Cesar A. Cruz

When I attended the unveiling of Melissa Blount’s Black Lives Matter Witness Quilt last year I knew I wanted to be part of future sewing circles. On January 31 that opportunity arose with an event at the Block Museum. In conjunction with an exhibit, people from all walks of life came to the Block Museum for an art making event. 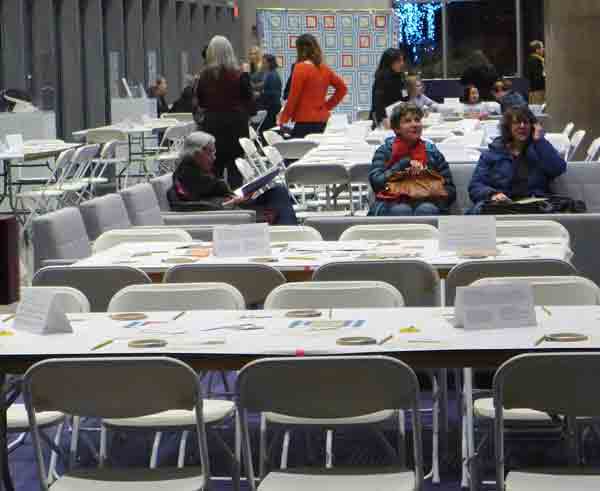 I had spun through William Blake’s exhibit prior to the reception, and had no idea that this poet held such a spiritual force in the 1970s. I only remember the cadence of Tiger Tiger Burning Bright, and enjoyed perusing his prints and drawings. It was illuminating to see the influence William Blake’s poetry and art (1757-1827) had on those discovering him centuries later. 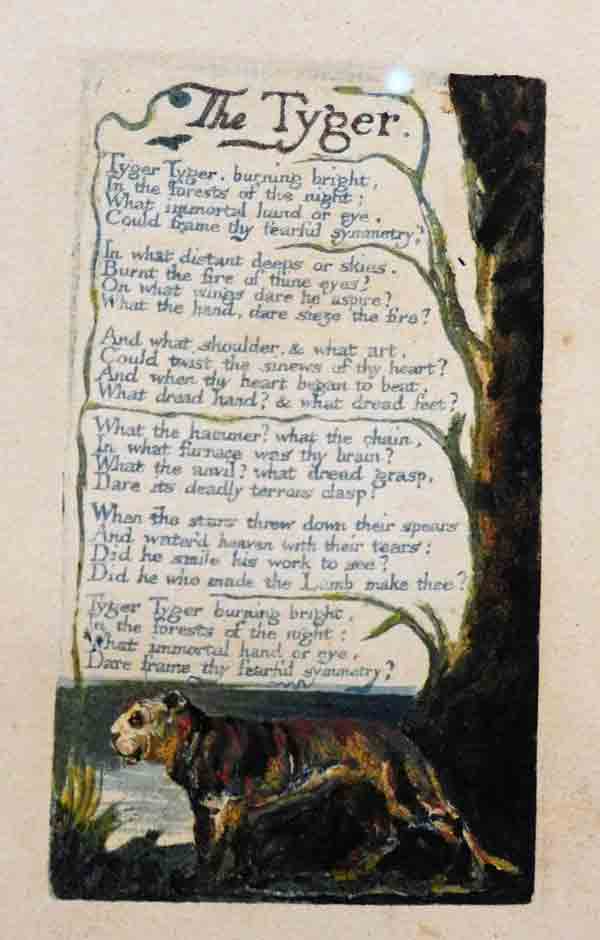 William Blake and the Age of Aquarius addresses how Blake’s art and ideas were absorbed and filtered through American visual artists from the mid-1940s through the 1960s. The exhibit shows that Blake became a model of non-conformity, individuality, and resistance to authority. 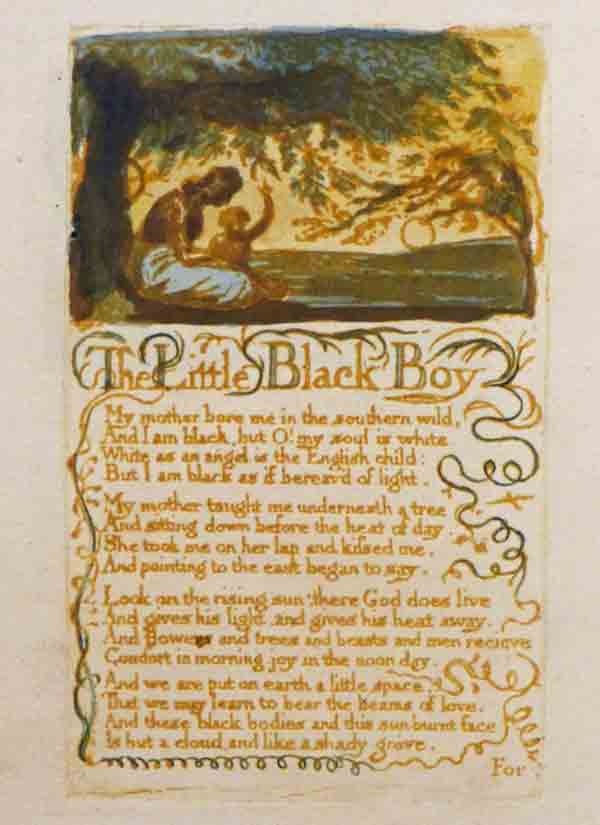 William Blake and the Age of Aquarius is a psychedelic trip down the Hippie era, with wonderful vibrant art work juxtaposed against darker takes on Blake’s criticism of society. 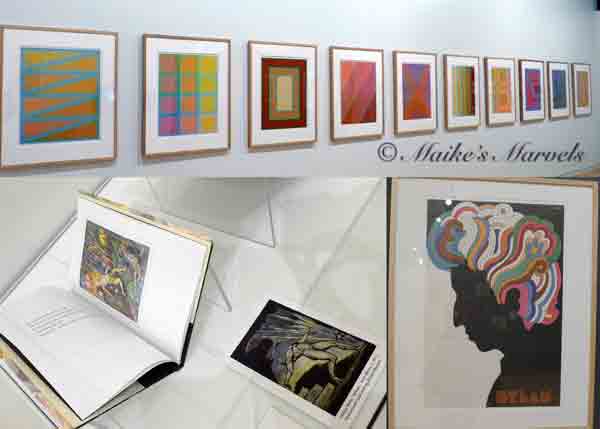 At 7 pm we gathered for the Sewing Circle at Segal Visitors Center. The completed first Witness Quilt was on display, framed by the lovely red borders it didn’t yet have in June. 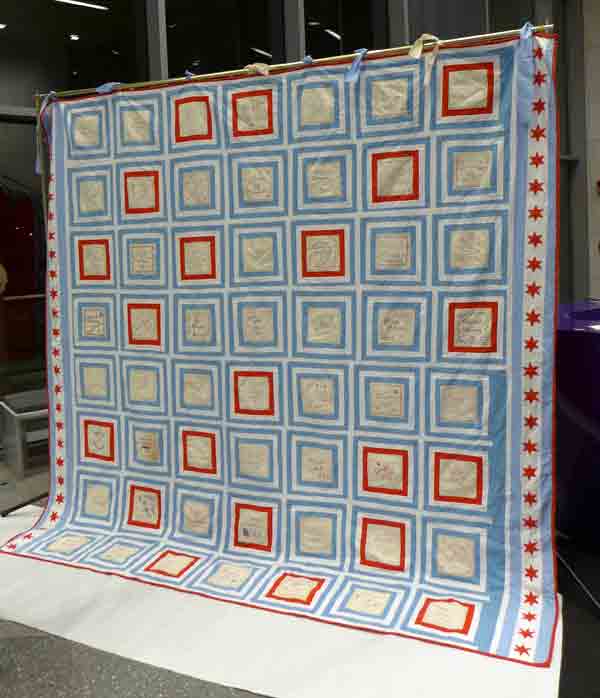 The names of 30 interpersonal violence victims had been gathered. Because so many more attendees RSVPd than anticipated, each table was given two of these names, with the rest of us stitching “Say Her Name” to commemorate the women and girls who succumbed to domestic violence but would not be named on police reports. 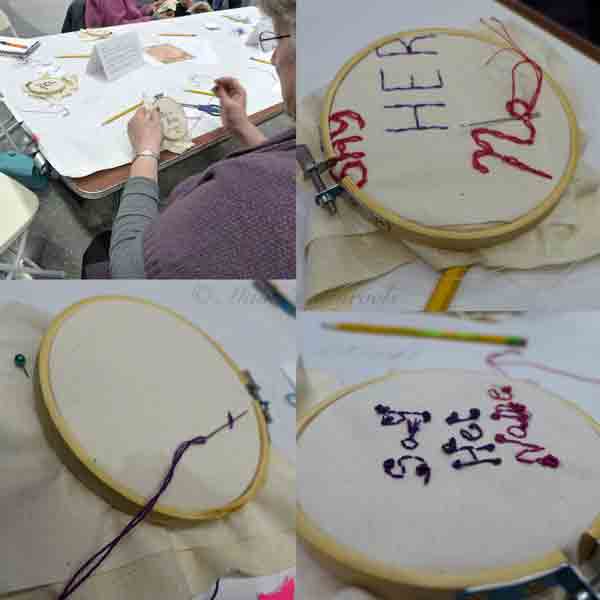 The youngest on the list was a baby, who was delivered when her mother had been shot but died 4 days later. We read the stories of our ladies out loud at the table.

“Black women’s stories get lost in the Black Lives Matters movement,” Melissa said. Melissa’s plan is to continue the quilts based on police reports.

Melissa also wants to create a quilt for women who are incarcerated because they chose to defend themselves from intimate partner violence. Love & Protect was present to share stories of women whose witness testimony was ignored by law enforcement. 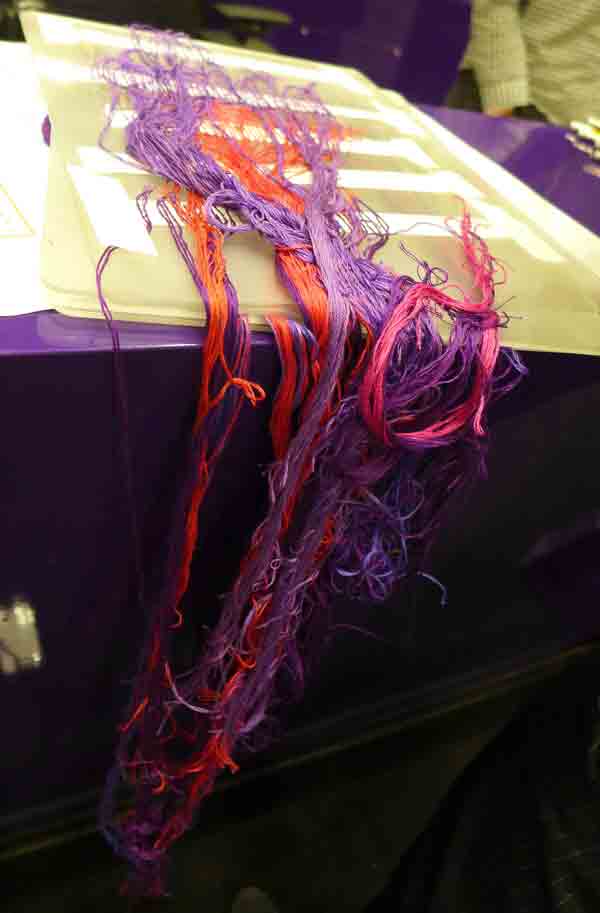 In spite of eye witnesses and neighbors testifying that these women had repeatedly been abused, they were still incarcerated for their act of self defense. Love & Protect intends to seek justice for these women, and we were invited to write postcards to individual women to let them know that there are people working to change their sentencing. 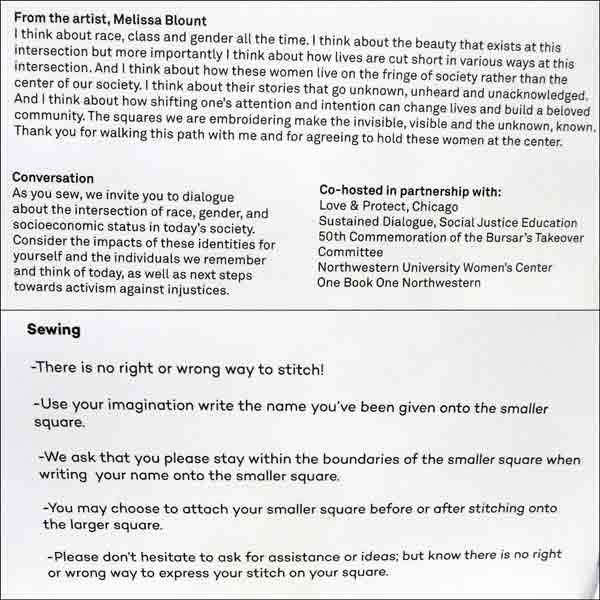 In addition, another quilt will focus on transgender violence. This was triggered by a homicide report in which a person was misgendered, and activists set out to correct her name, and then discovered more, on the public record. 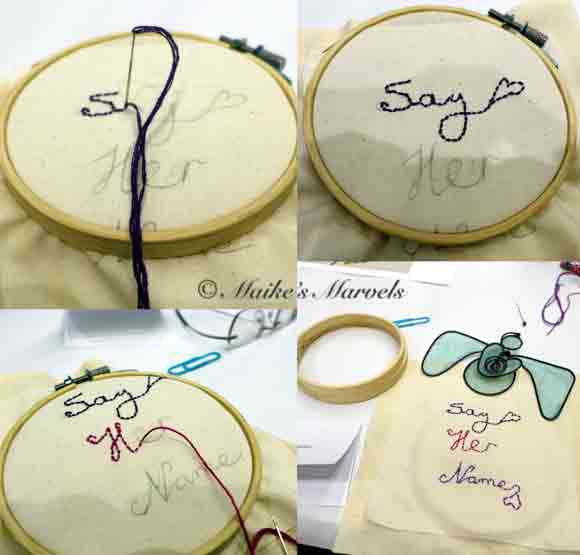 In spite of the solemn occasion for the quilting circle, our directive was to focus on the positive. “These lives are lost opportunities, lost leaders,” said Melissa. We were asked to hold these women and babies in our hearts but also take advantage of discussing intersectionality within the impromptu community of 100+ attendees.

William Blake and the Age of Aquarius is on view at the Block Museum’s Main Gallery until March 11, 2018. Experiments in Form: Sam Gilliam, Alan Shields, Frank Stella is at the Katz Gallery until June 24, 2018. 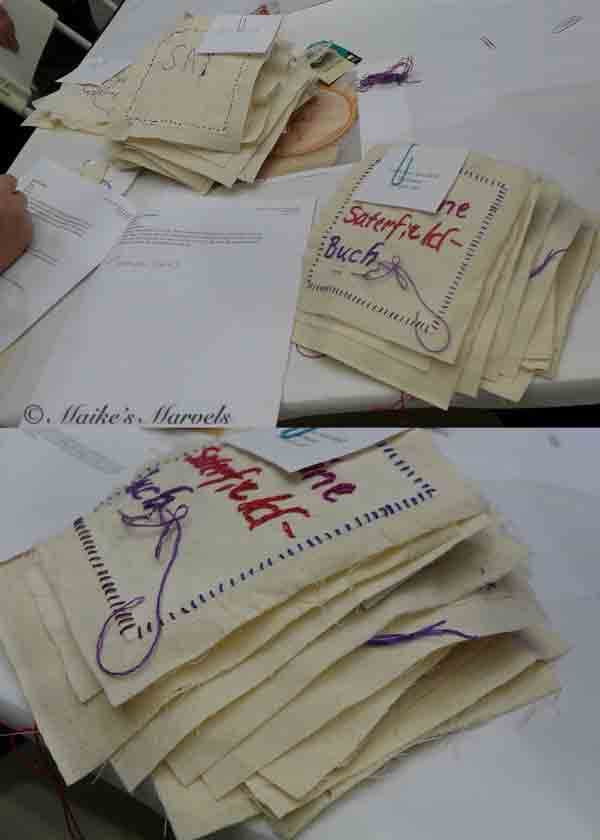 More Witness Quilt Sewing Circles will be announced in the future. An offshoot sewing circle: Winter HeARTh: unCOVERed takes place on Sunday, February 18 at 10 AM – 4 PM at the Ecology Center. 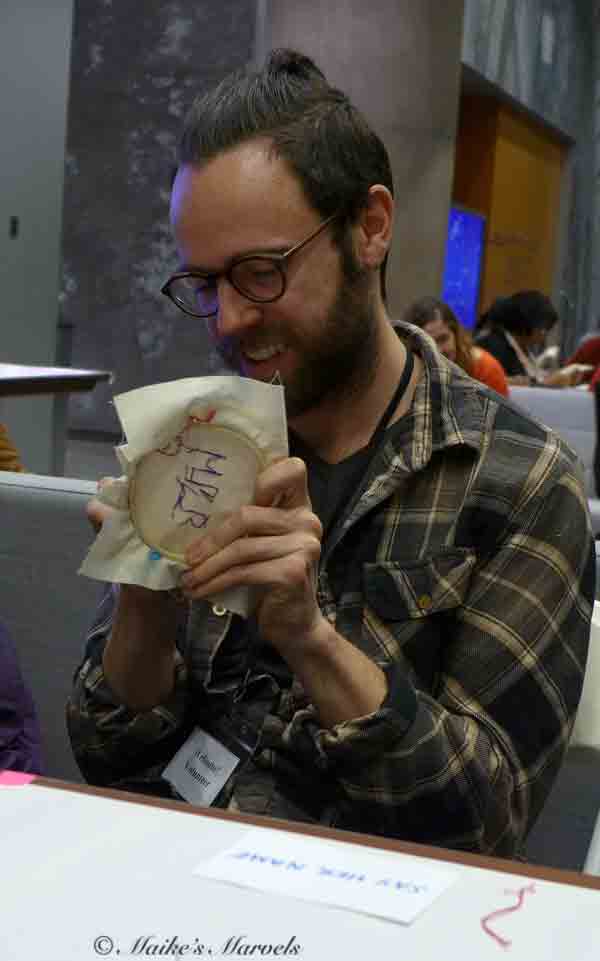