“We are all connected.

If we are not really invested in helping each other, there is no hope for us.
It’s about how our lives are all limited
without having deep conversations and interactions with one another.”
~ Melissa Blount

Women starting new lives in a new home or trying to get away from abuse. Young sisters killed by arson. Stray bullets hitting innocents at a wake. A baby left in the care of the wrong person. A woman walking her child in a park. The daughter of a police officer. The cousin of a basketball star. An accidental shooting. 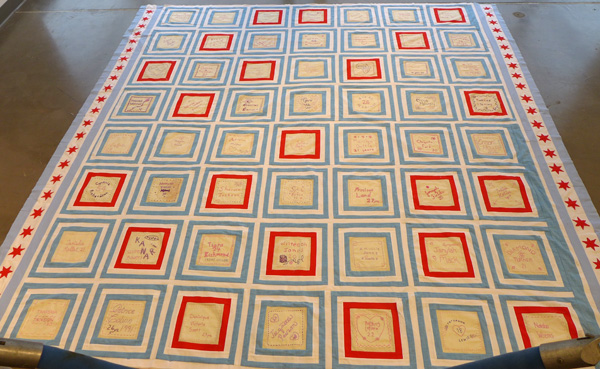 Families are devastated because these women and children were in the line of fire, many through no provocation of their own. 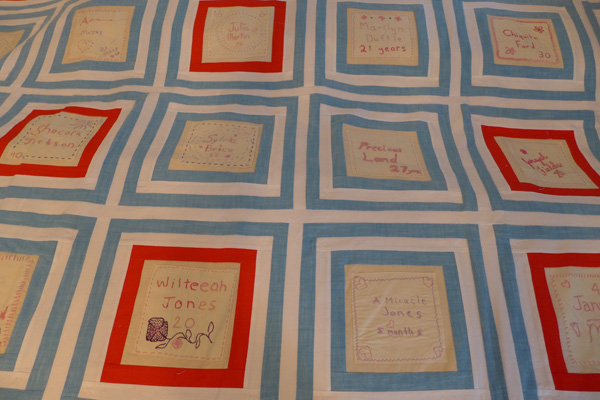 The local news outlets have homicide trackers and timelines of how many people are killed on any given day in Chicago. It gets shrugged off as people being in the wrong place at the wrong time, that presumably they were walking around late at night, that somehow this was provoked. 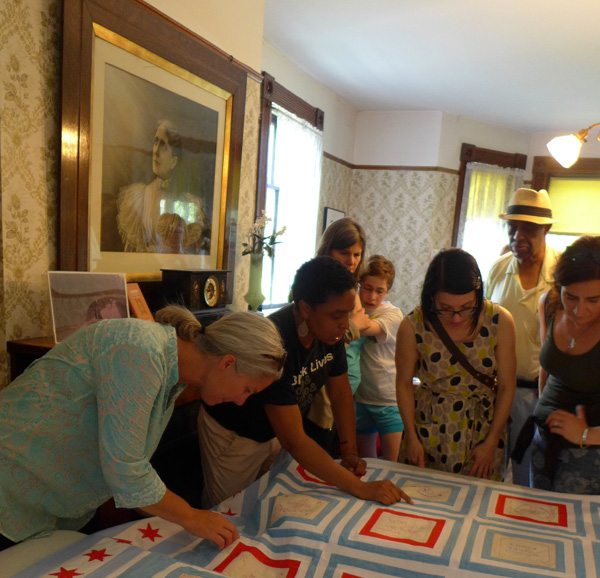 But in reviewing these stories, placing blame on the victim is utterly inappropriate. Melissa Blount, instigator of the Black Lives Matter Witness Quilt, gave me a list of the women on the quilt, with five more added since the quilt was completed. 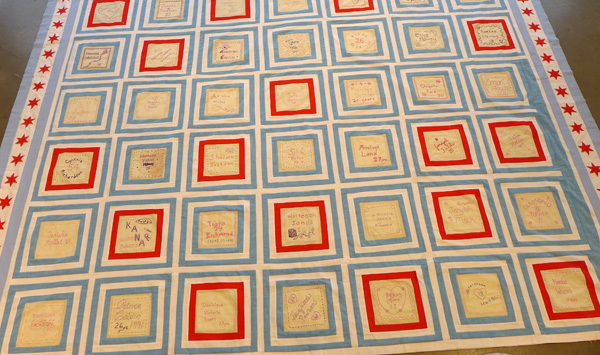 4 babies (some of whom lost their mothers in utero); 12 girls age 19 and under; 20 age 25 and under; 7 in their late 20s; 12 in their 30s; 3 in their 40s; 3 between 52 and 54 years old. These women and girls should be living out their lives. They are not statistics. They are human beings who loved, who lived, who danced, who had aspirations. Say their names. Click on the links and look at their faces. 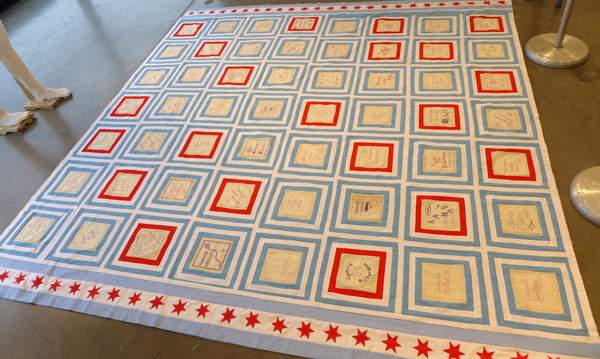 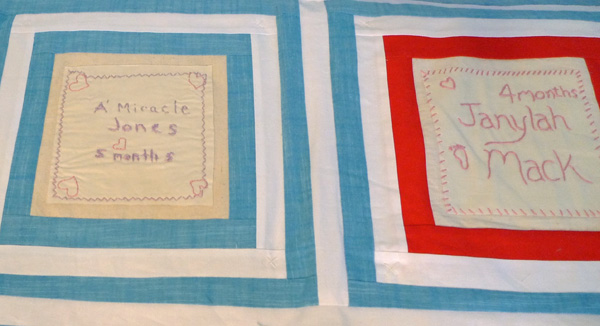 I used the Sun Times link most often since this one systematically has photos of each victim. A google search will tell you more about each individual. These are our sisters. 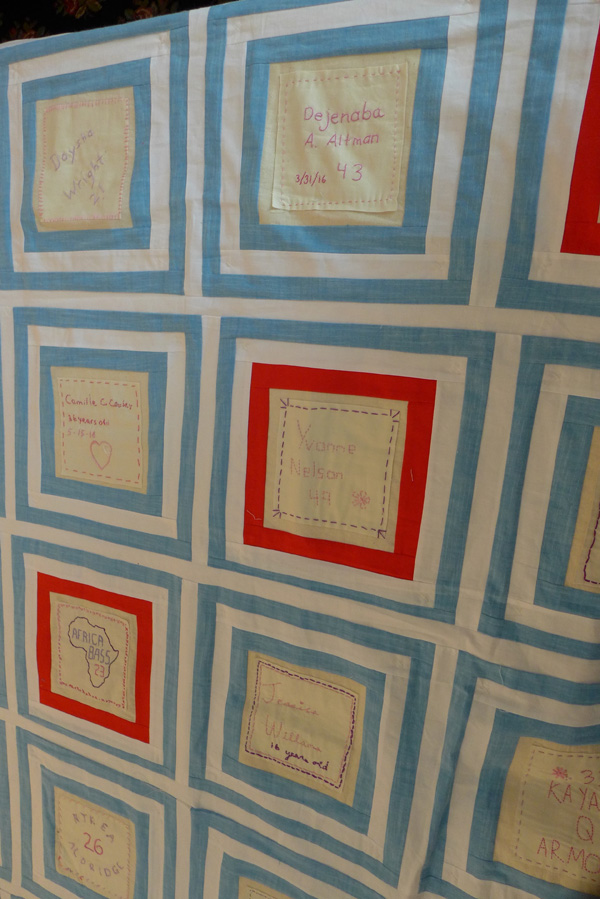 Per Wikipedia: “”#SayHerName’ is a social movement that seeks to raise awareness for black female victims of police brutality and anti-Black violence in the United States. #SayHerName aims to change the public perception that victims of police brutality and anti-Black violence are predominantly male by highlighting the gender-specific ways in which black women, particularly black queer women and black transgender women, are disproportionately affected by fatal acts of racial injustice. In an effort to create a large social media presence alongside existing racial justice campaigns, such as #BlackLivesMatter and #BlackGirlsMatter, the African American Policy Forum (AAPF) coined the hashtag #SayHerName in February 2015.” 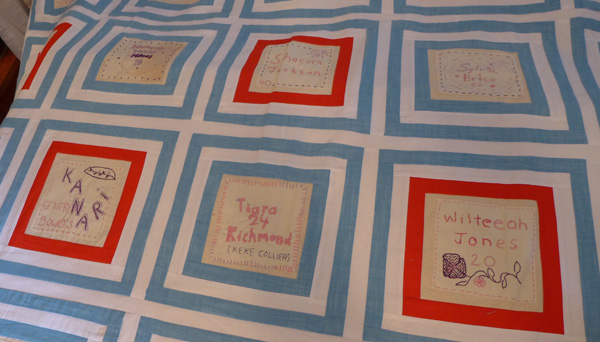