After my Eras in Time Preview creation, it was time to clean my studio. My friend had requested a beading day, which also served as a handover of the Bead & Button show strands we had decided to split with each other. Another prompt was Brenda Schweder’s post about our little Now That’s a Jig! corners in the world. 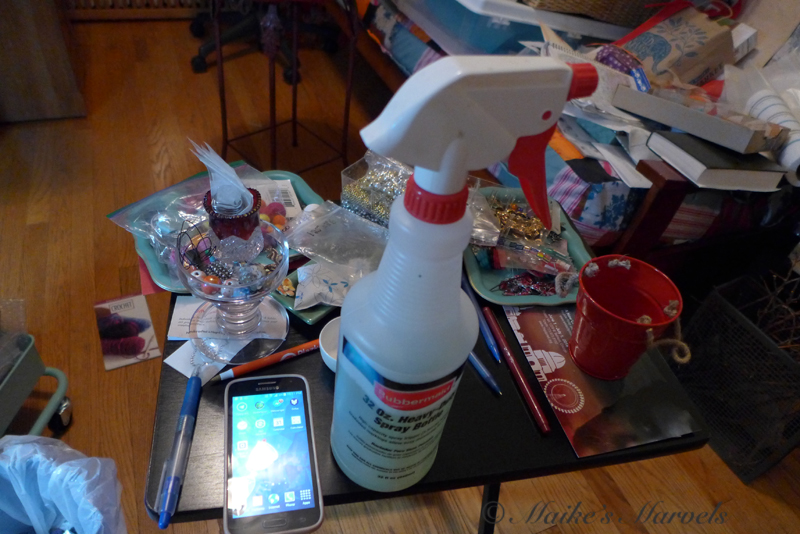 So of course I started with that. Originally we intended to play with the Now That’s a Jig! at my place, which meant clearing both of them from their current setups. I also organized all my PatternPaks. But the Skyward logo project comes first before pulling those templates out again! 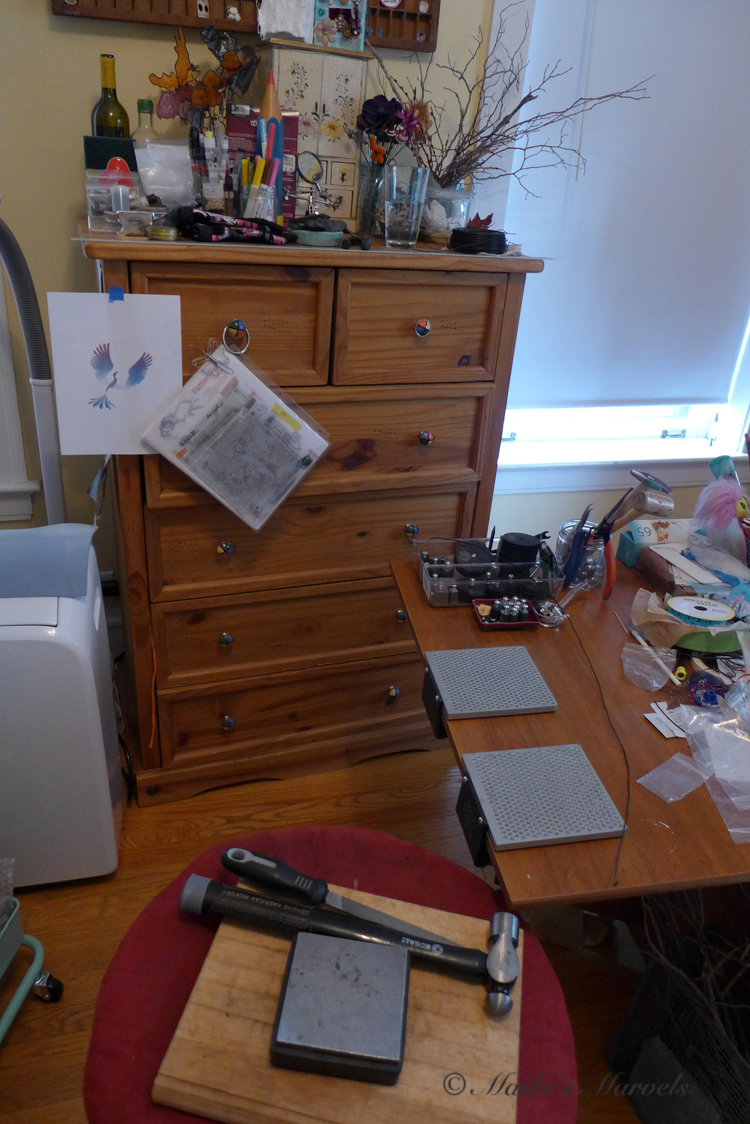 I had found some lovely bud vases for my stakes at Secret Treasures. During the SideWalk sale they insisted I load up a whole box for just $5, so I also found some bead holders and other cute items. At 28 cents a piece, I wasn’t so precious about using them for things that could scratch the porcelain. After all, it was already one person’s trash. 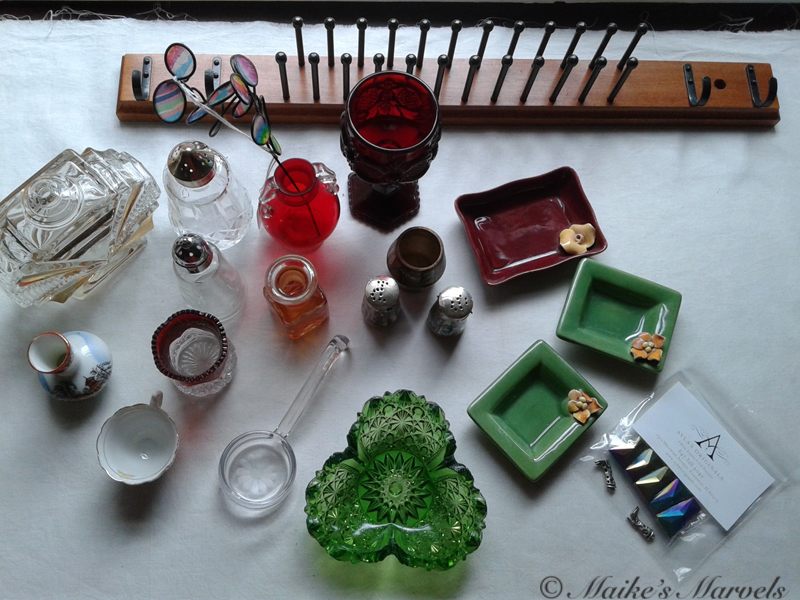 So now my NTaJ! pegs have expanded to new containers after outgrowing the original box they were in. 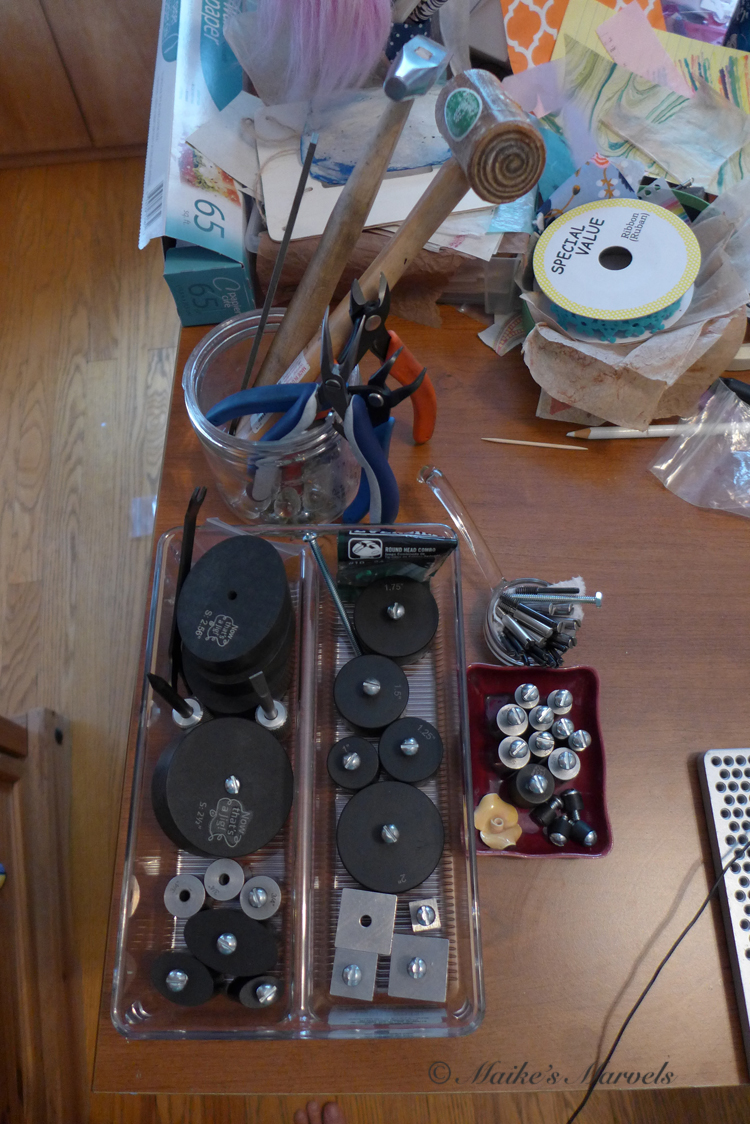 The other finds live with my stakes for now until I have figured out what to make for them. And yes, I did go back and get the cute teaset and the typing stand.

After clearing one corner of the table, I continued on the other side, where my wax station is. 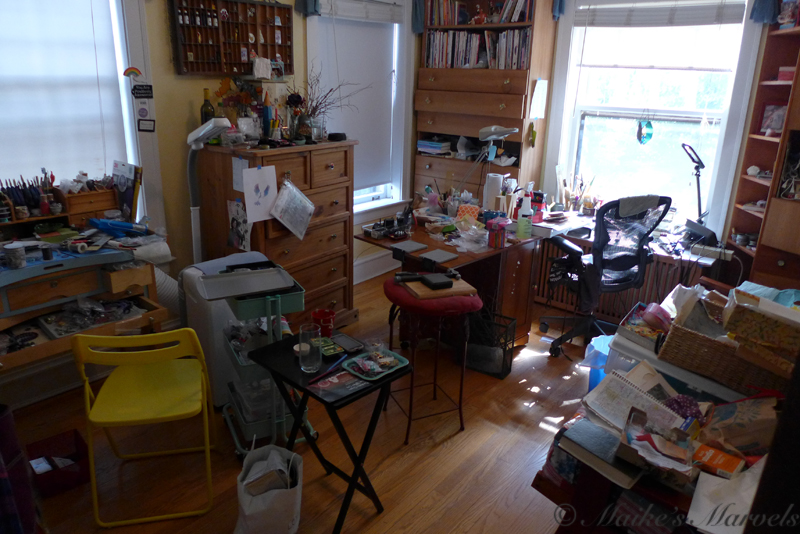 It is super handy to have a little tray table to transfer the little bits and pieces on while cleaning is happening. When the piles of ‘wax inspiration’ had been contained, I moved on to the jeweler’s bench, which keeps cluttering up. 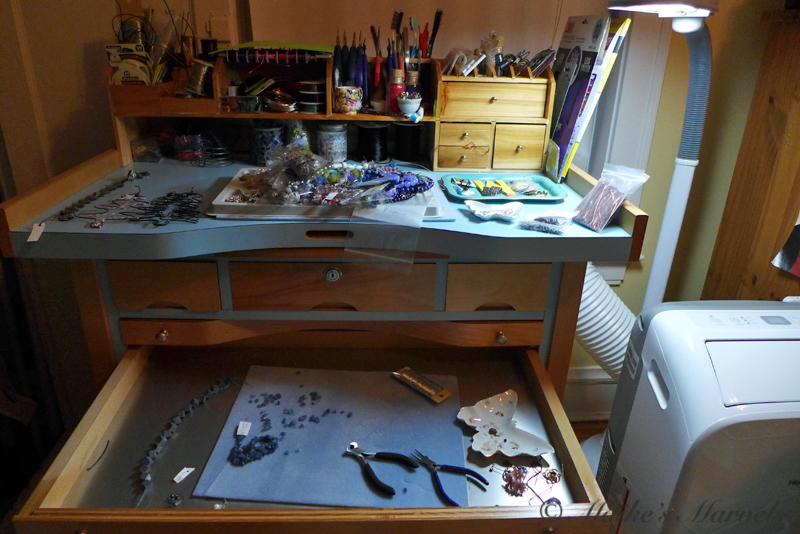 The reward was picking out my projects for the next day, after restringing a bunch of beads I had taken off for a ring. Soon I had finished that portion of the studio. It looks so nice when things are where they belong! 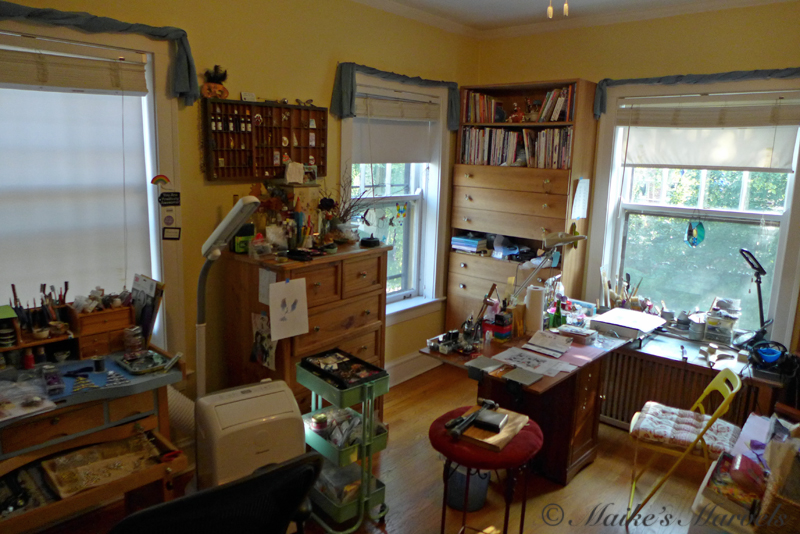 I drew the line at the sofa though! One side is paper, but the other has lots of things I need to make decisions about, which could end up becoming a whole new closet makeover, so I had to let it be! 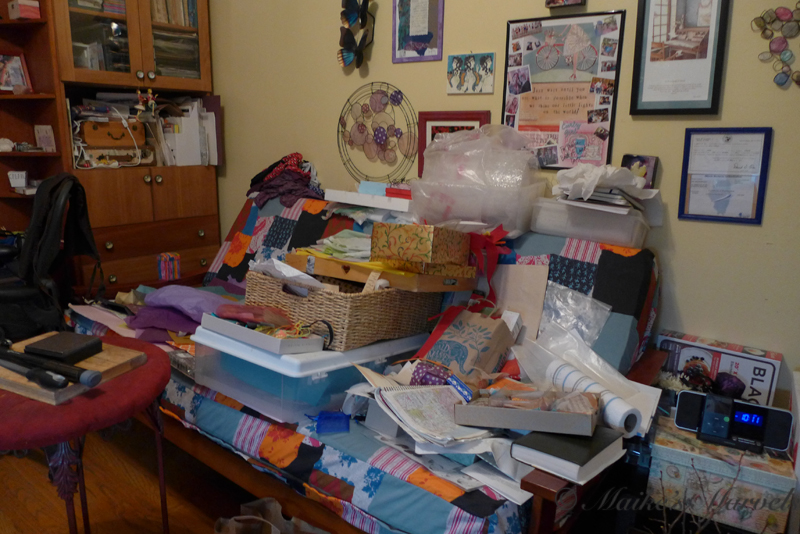 I had a blast with my friend and made some Christmas ornaments while we chatted. We never got to jigging, so that will be a visit for another time. 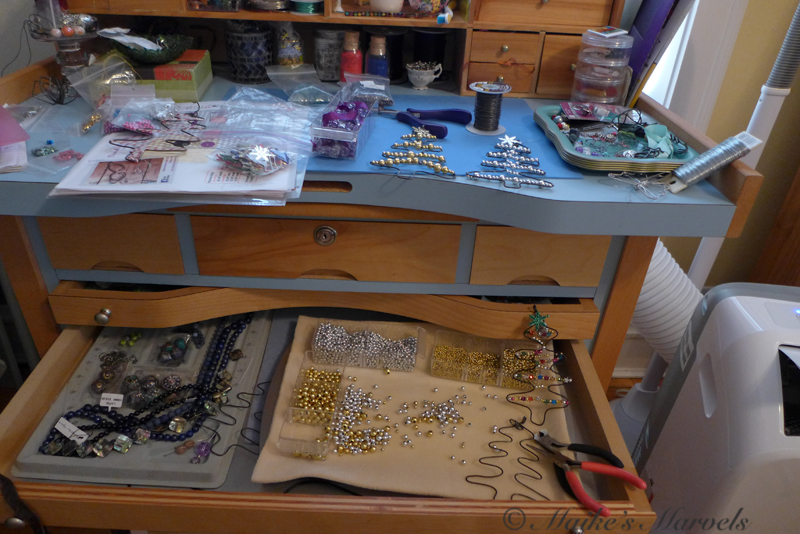 Now I am ready to get more projects from my brain out into real life.