In early January I took a staycation and stumbled on a wonderful new Evanston Museum. Founded by an avid collector of clockworks and stained glass windows, this brand-new museum is a gem! 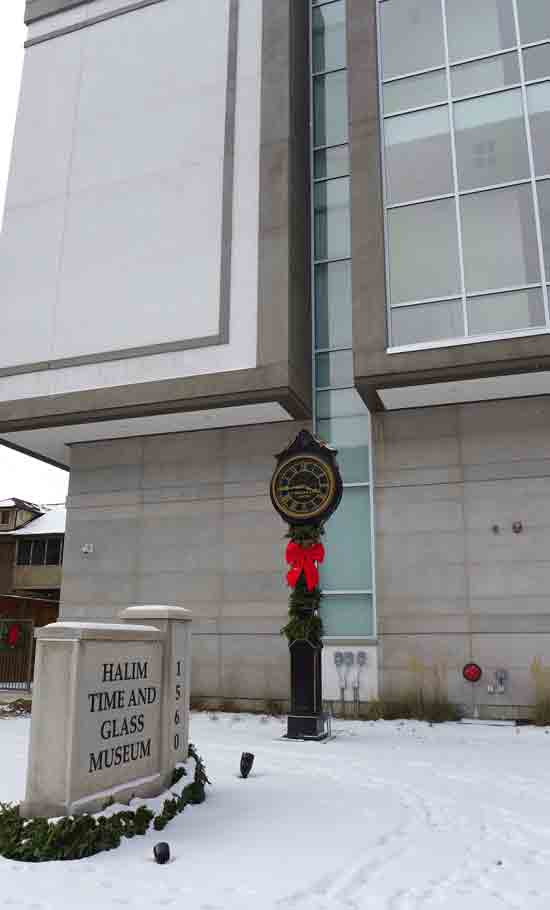 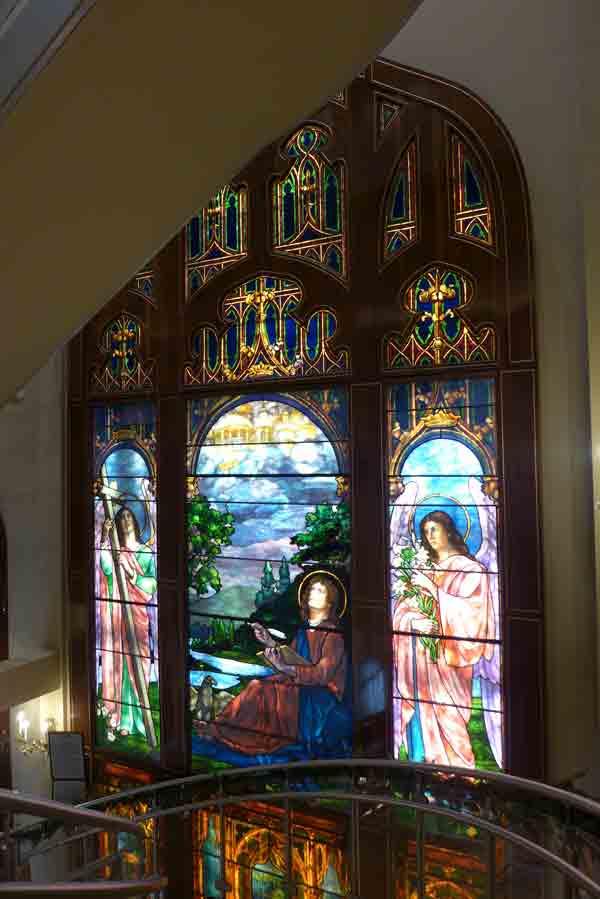 Custom-built by the Halim family, the building has 5 storeys, of which 2 hold the exhibits and the others rentable event space. 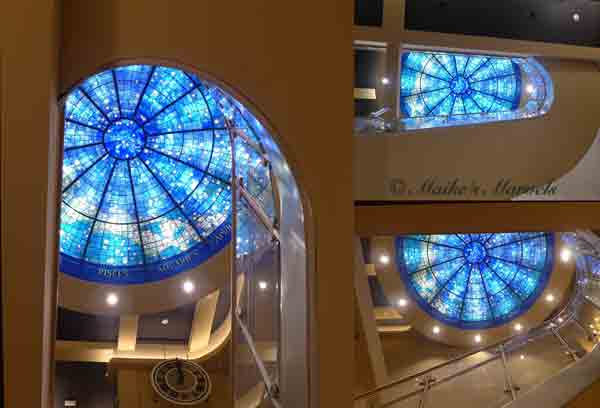 The outward rectangular shape belies the internal labyrinth of hallways custom-designed to house each collection item. 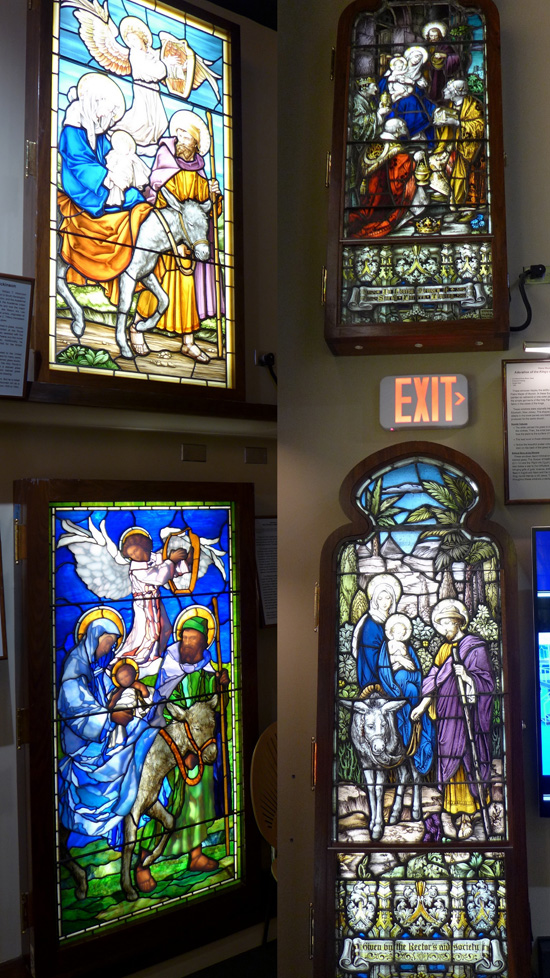 The museum, located at 1560 Oak Avenue in Evanston, opened September 26 and is $17 to visit. It is kid friendly, and visitors are encouraged to touch the stained glass.

The Stained Glass Masters exhibit houses more than 30 windows, and begins by explaining the European stained glass techniques on which American School of Stained Glass built. 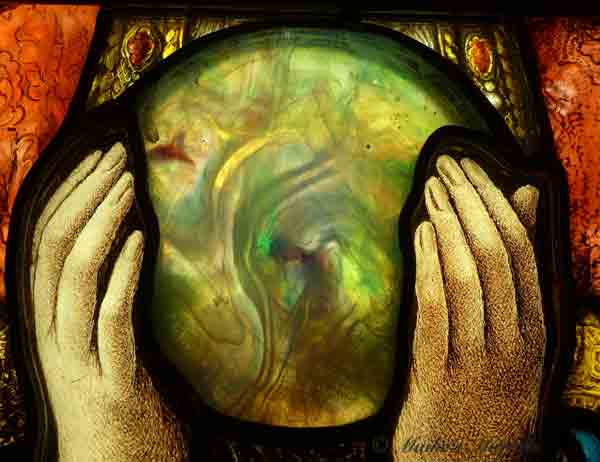 Of course now I want to backtrack and see what my Dutch ancestors did, but that is a research project for another day.

I discovered numerous new glass artists in these halls, including artists like Frederick Wilson who made a name for themselves in Tiffanyâ€™s workshops, but also others that worked independently or as other companies. 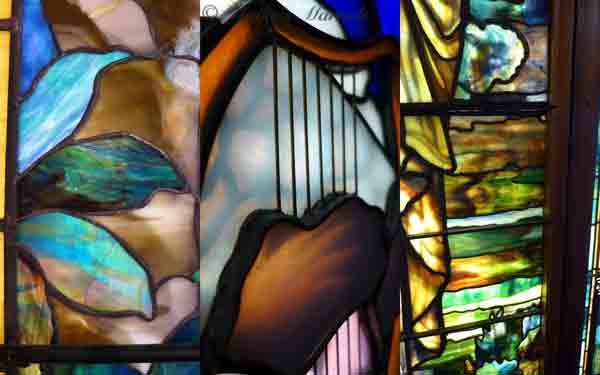 The collection houses works by John La Farge, William T Hickinson, Mayer and Company, David and Helen Maitland Armstrong, Frederick Stymetz Lamb, Rudy Brothers Company, Edward Peck Sperry, J&R Lamb studios, and George Maher. Each display has a detailed narrative about the maker as well as the theme of the window.Â  It is a lot to take in during the first round. 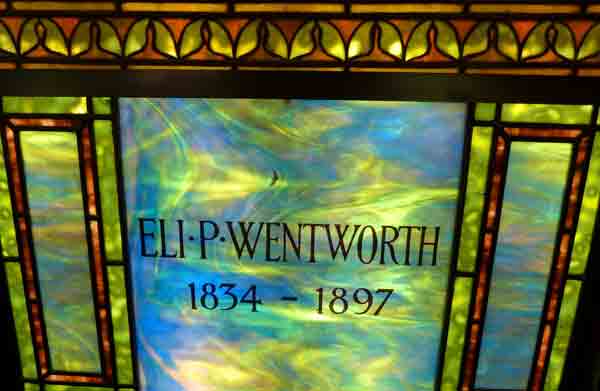 There are beautiful displays of opalescent glass, along with other techniques that are highlighted in the exhibitâ€™s narrative. Tours are also available. 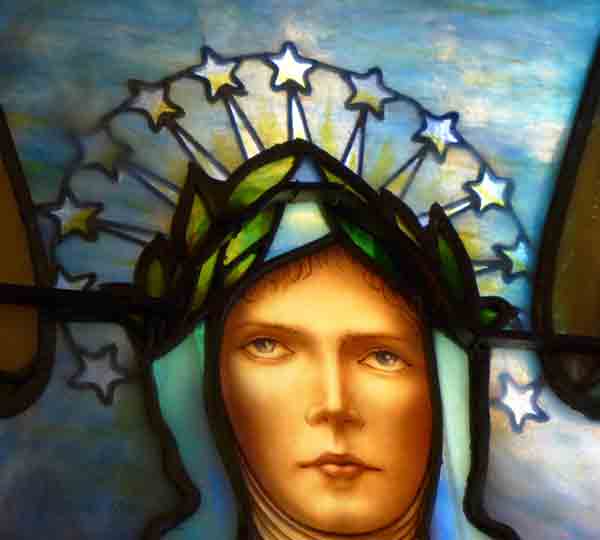 I learned about confetti glass. 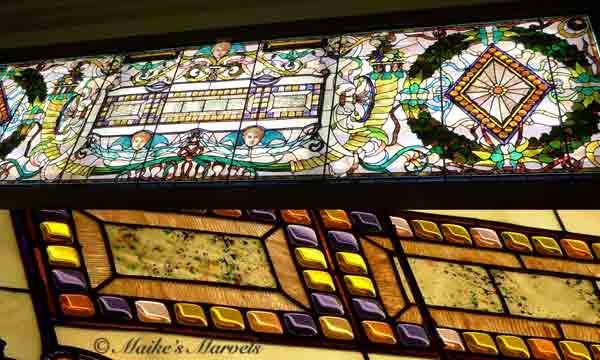 The exhibit offers a lot of background information on the industry and various glass techniques. I also flashed back to Susan Vreeland’s Clara and Mr. Tiffany, which is a great read for this exhibit. 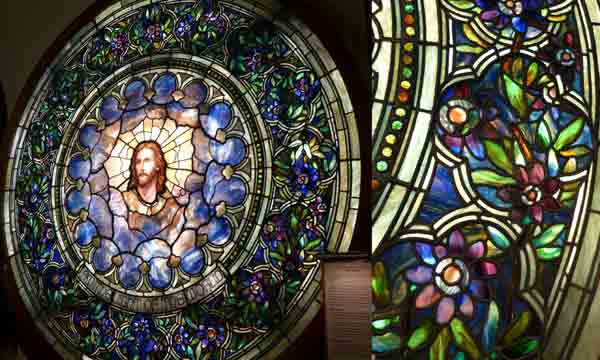 I was struck by the work of Mary Tillinghast. Born in New York, she studied in Paris under Carolus-Duran and Henner. 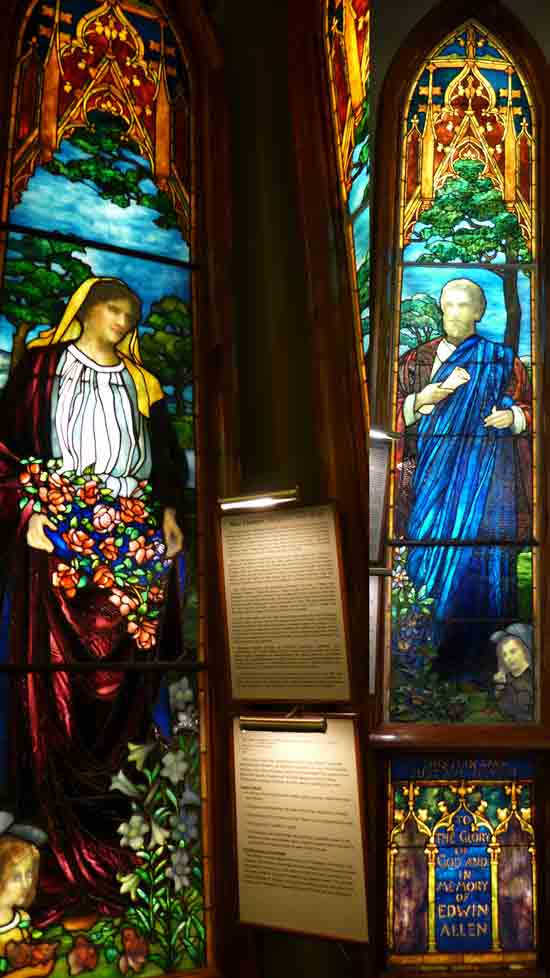 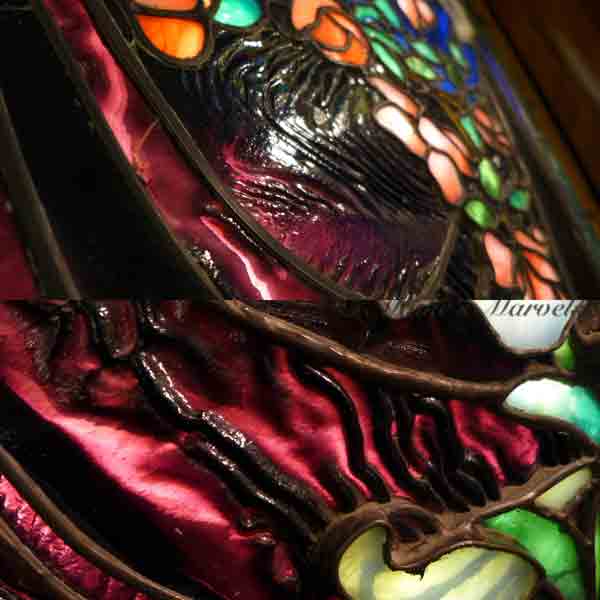 One source says that Mary was the first to understand how electric lighting would impact the effects of window design. Tillinghast became a textile designer, served as manager of the La Farge Decorative Art Company, and learned the art of designing and making windows from La Farge. There is no wikipedia page on her yet, but another blogger claims that she sued La Fargeâ€™s company and started her own company. I like this lady! 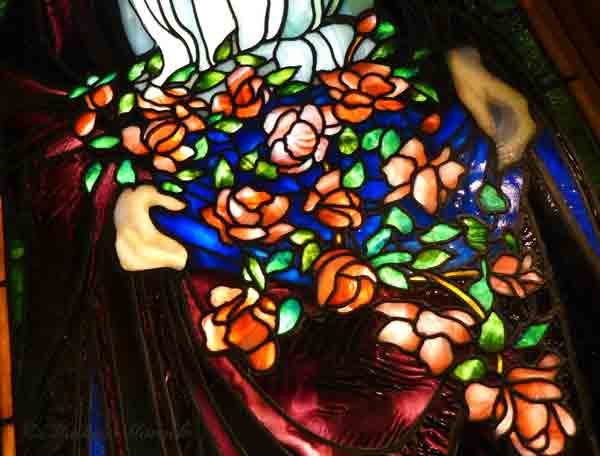 Treasures of Louis Comfort Tiffany traces the creative life of the artist.Â  It showcases his innovations in stained glass, pottery and other media. This exhibit includes paintings in oils, pastels and watercolors that showcase his early life and travels. 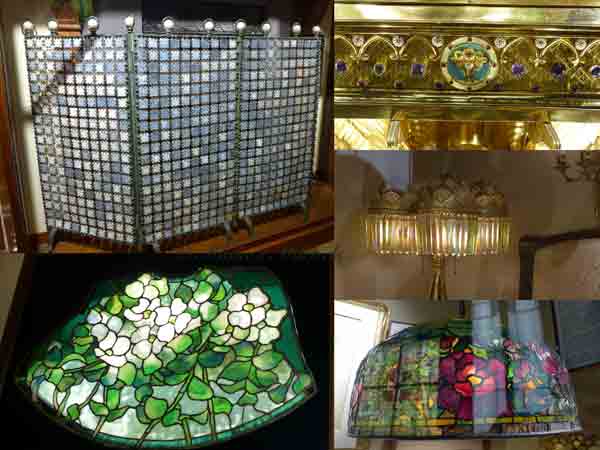 Later works include housewares and decorative arts, mosaics and windows. 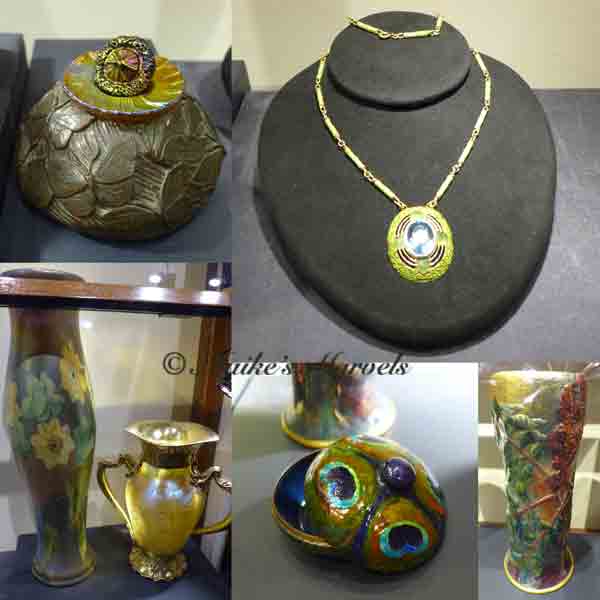 Beautiful Mosaics with iridescent details are on display. 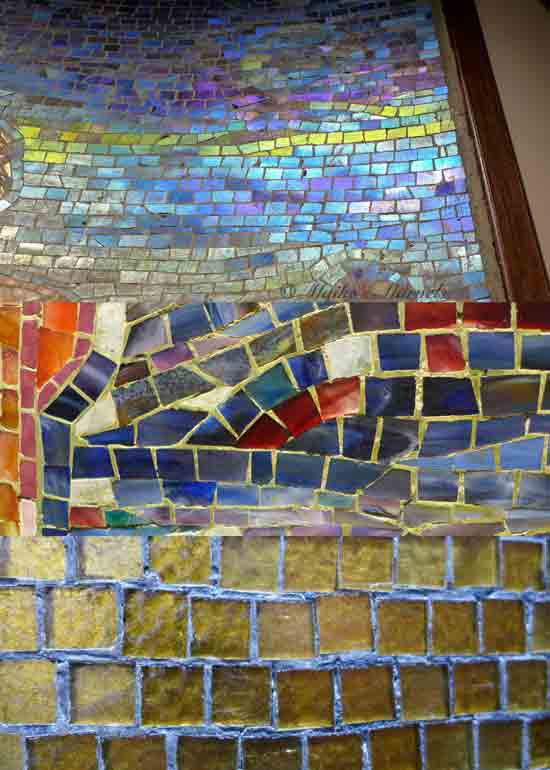 Hereâ€™s another old art form to immerse oneself with. 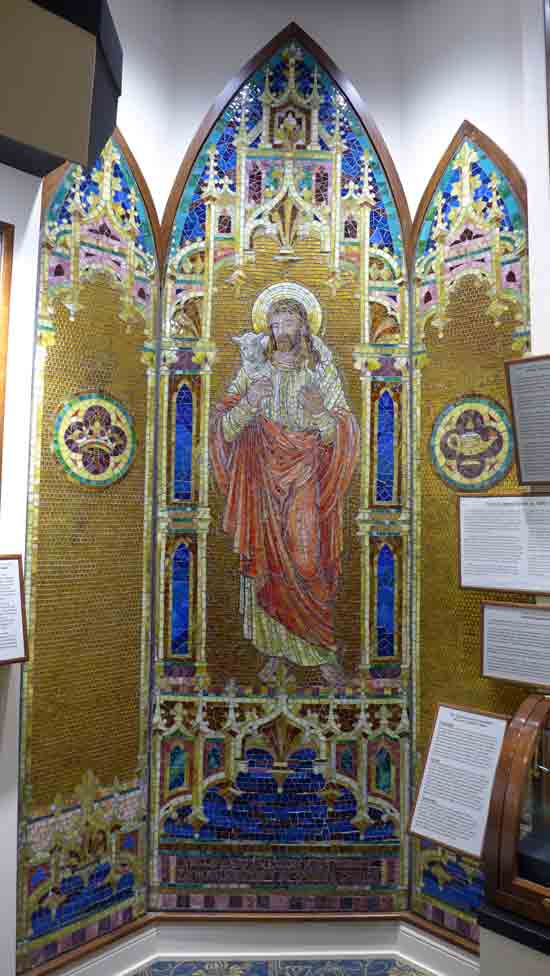 The chandeliers were mesmerizing also. 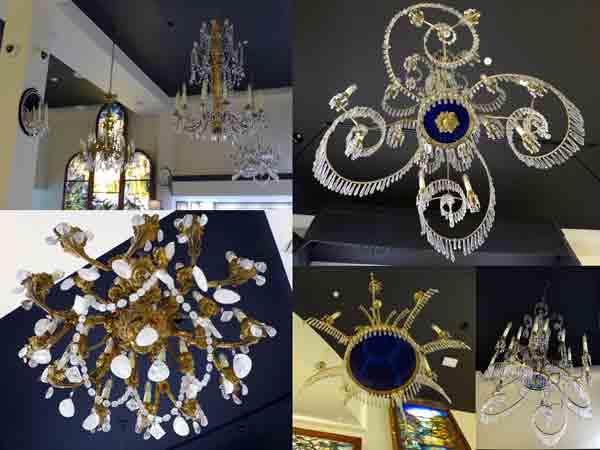 Even though the stained glass had saturated my brain, I couldnâ€™t resist going upstairs to peruse the Clocks of the World. Iâ€™ll save that for another blog post thoughâ€¦ 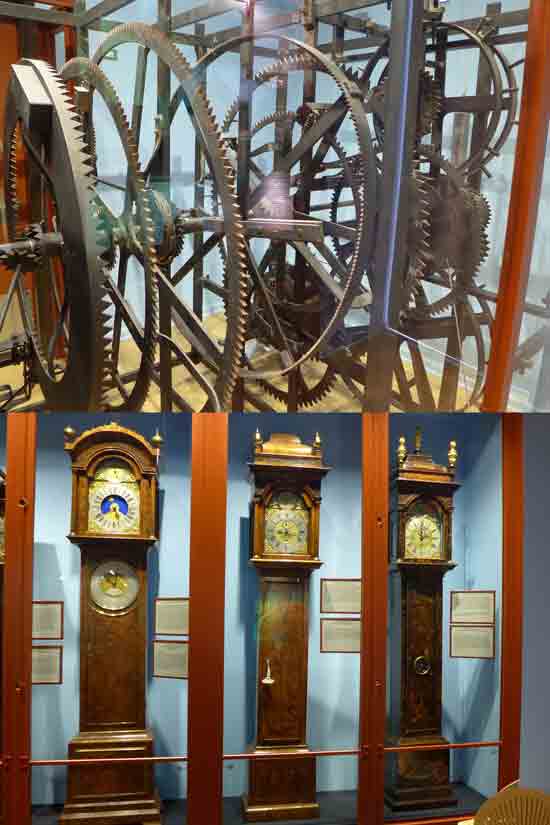 The Halim family certainly has an eye for beauty, and I love that they share their passion collection with the public. I highly recommend multiple visit to this lovely museum, and plan on making a few returns myself. 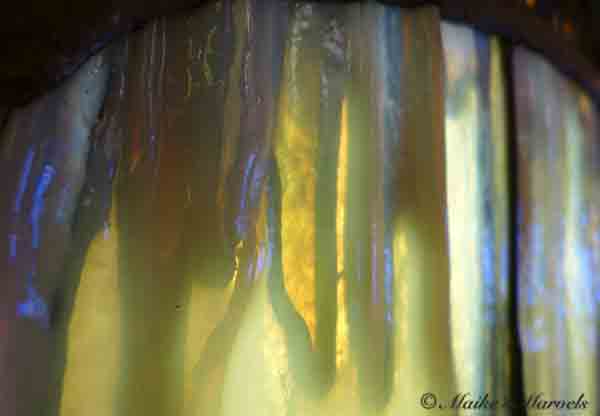 The skylights are striking too, and I learned more about other Chicago Landmarks through this exhibit. 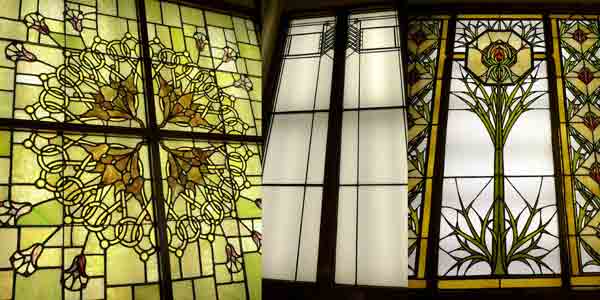 This local beauty is a great addendum to the Stained Glass Museum at Navy Pier. 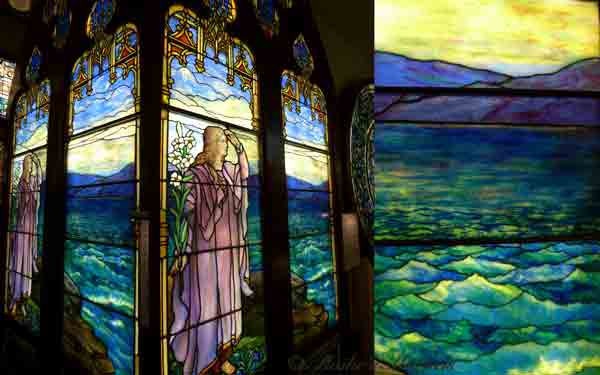