On Saturday I saw Piccolo Theatreâ€™s Comedy of Errors. 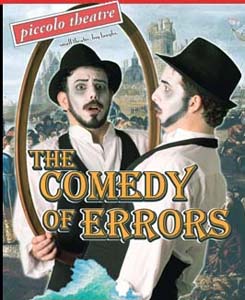 Iâ€™ve seen plays by this ensemble since Lust, Lies and Marriage in early 2008 and always enjoy their comedy, especially with the previews the ensemble blogsÂ about.

My favorite play might be Six Dead Queens and an Inflatable Henry, and my favorite adaptation was the psychedelic 70s setting of Twelfth Night. Their annual gala nights are a blast as well. 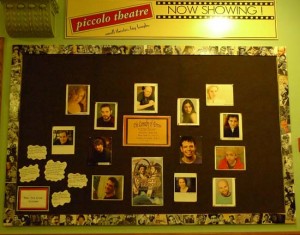 I wish I had discovered this theater sooner. It is located inside the local train station and I passed its â€˜now playingâ€™ signs for a few years before purchasing a ticket. Who knew such talent and fun was lurking right in my neighborhood? 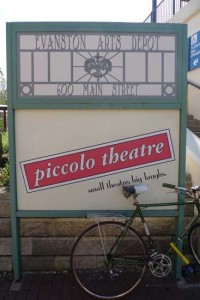 Incidentally I attended a Cultural Connections luncheon last Tuesday where founder John Szostek gave us a little background on the history of the theater.Â As Director of the Custer Street Fair Â he was approached 15 years ago by the Union-Pacific Line to house my favorite fairâ€™s offices in the train station. The station was covered in graffiti and there had been a fire in the interior. The lovely paved path between the station and the CTA tracks had been a no-manâ€™s land between the city and the railroad. 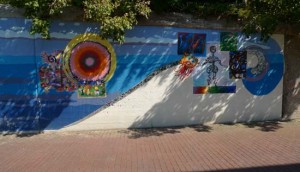 â€œI thought it would be a shame not to restore this building while I have custody of it,â€ Mr. Szostek said, and he began investigating a restoration project. With a water color rendering he approached the Illinois Department of Transportation, where his proposal was well-received, and then the work of applying for various grants began. 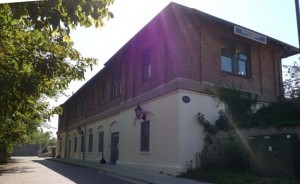 After waiting a long time two grants were funded and Metra became the project manager for the 5-year preservation project. Every design change had to be signed off by numerous government entities, but eventually the building was completed. Meanwhile Piccolo Theatre was founded and performed two seasons in other venues. Now in its 11th season, Piccolo has more patrons than it can seat, and the company is reviewing expansion options.

Little did I know that Mr. Szostek is not just an avid supporter of Commedia dell’Arte but he also is a vibrant part of the Chicago-Main Street merchant districtÂ of Evanston. He has been in the Evanston area for 30 years and an advocate of supporting both business and arts in this neighborhood. It is always easy to project that developing business is easier â€˜elsewhereâ€™ for other people, so it is wonderful to discover a culture of support that I can take advantage of right here.

I canâ€™t wait for Piccoloâ€™s â€œSpace Warsâ€ production which is coming up next! 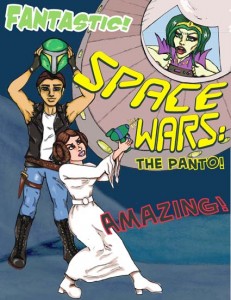