It is interesting to see how different pockets of Evanston participate in the Sidewalk Sale. Last year I had a blast with See Jane Sparkle on Chicago and Dempster, where the Sidewalk Sale is a big event. This year I learned that on Sherman Avenue in Downtown Evanston, the participating merchants are less concentrated.

I set up a table in front of the Evanston Pop Up Gallery to help boost their recent grand opening. 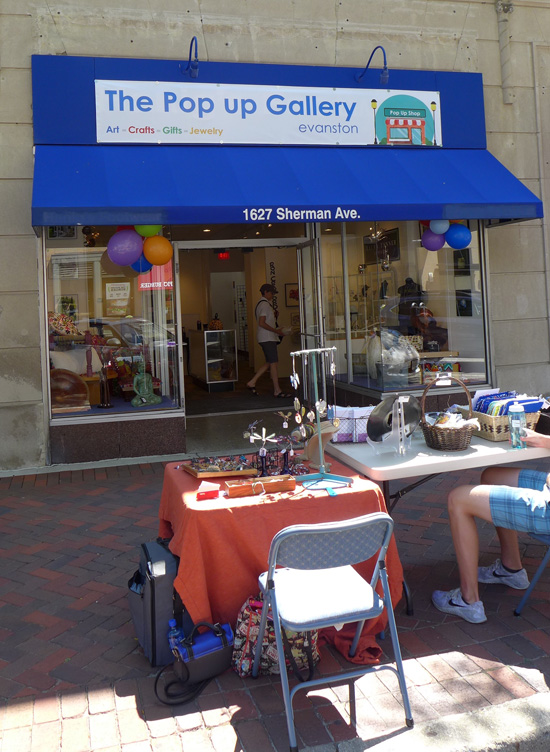 Several of the other resident artists popped in and out throughout the day, and it was nice to get to know each of them better and learn more about their chosen art forms and lives. 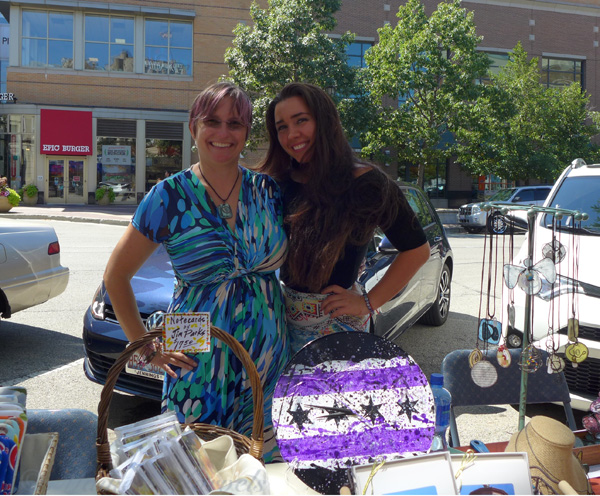 Steve made some adjustments to the window display and goofed around.

Pop Up Pat paid a visit. 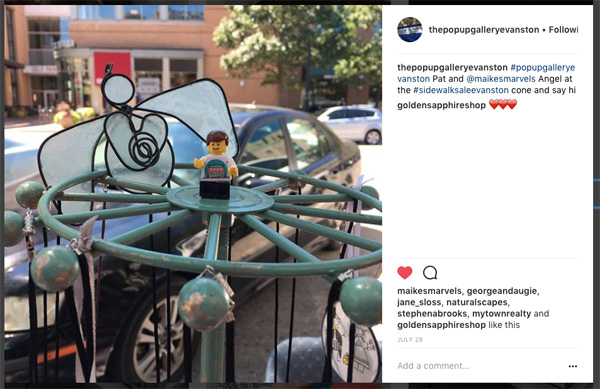 On Sunday I strolled the Chicago Dempster corner which was full of bargains. 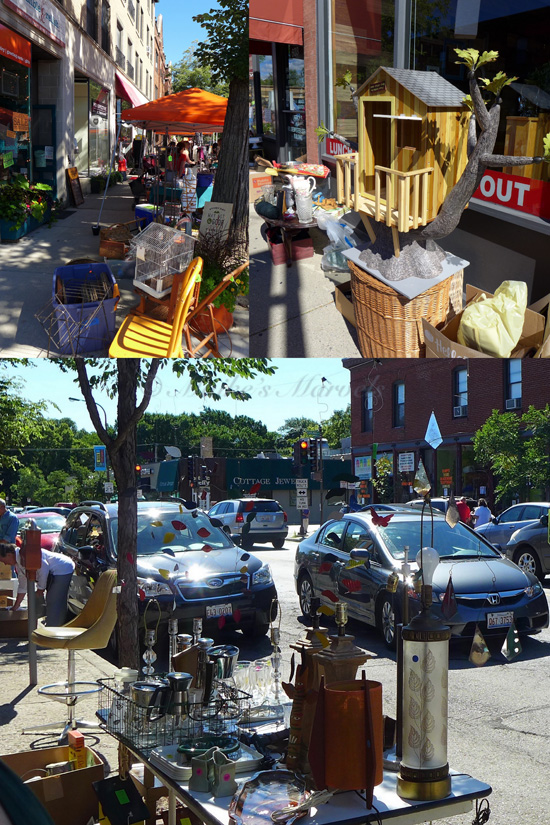 I met friends at Bagel Art Cafe and enjoyed a lox bagel. 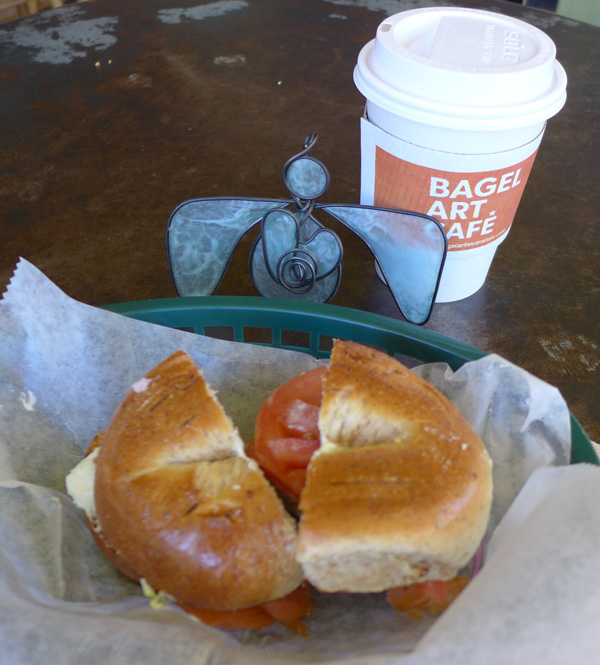 Then I strolled by Ayla’s temptations, but didn’t linger since I had a table to be at. 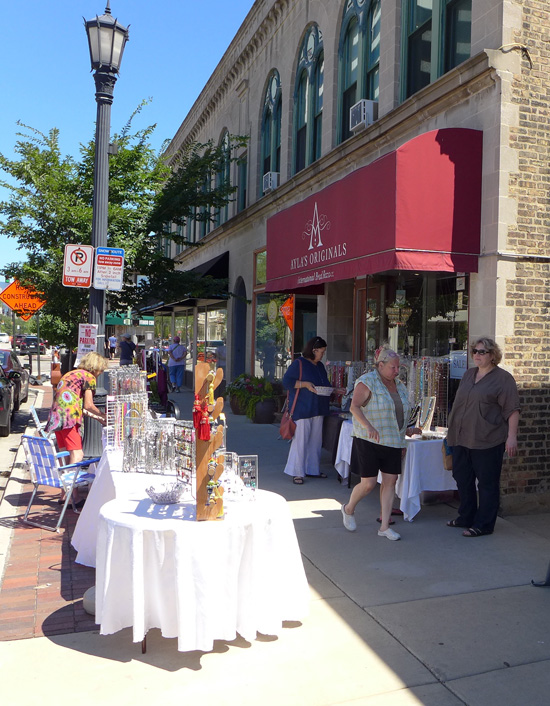 I took a selfie with Wonder Woman at The Other Brother cafe. 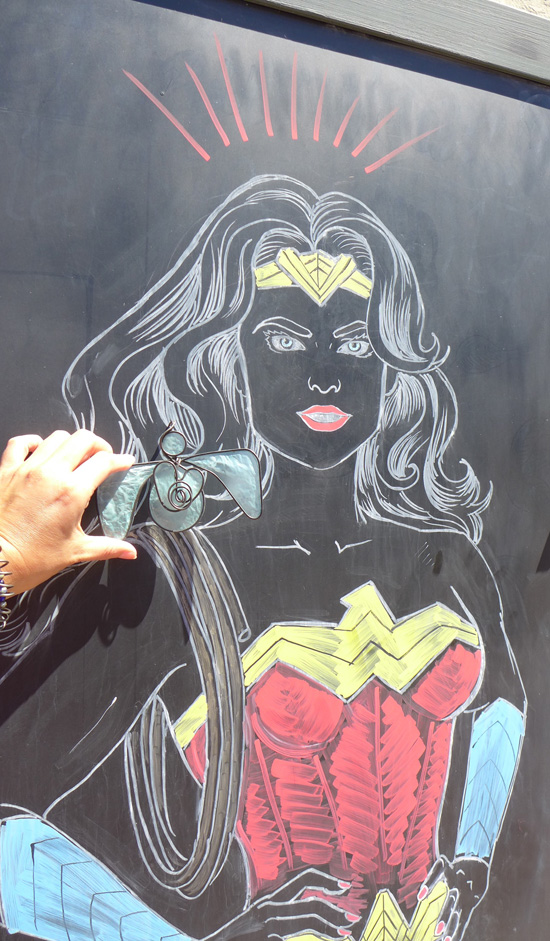 It was good to see the signage directing people around the giant Fountain Square construction zone. 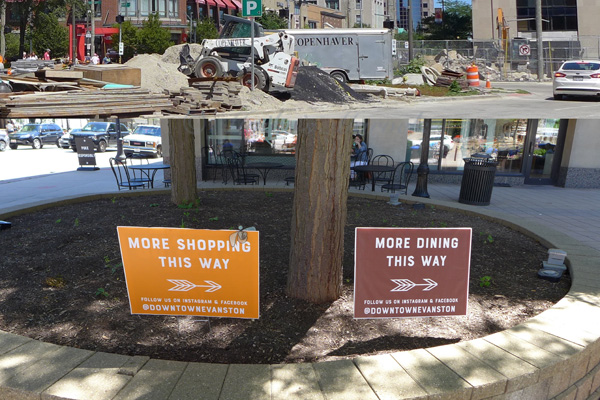 My table had already been pulled out, and I had more fun conversations with fellow artists. 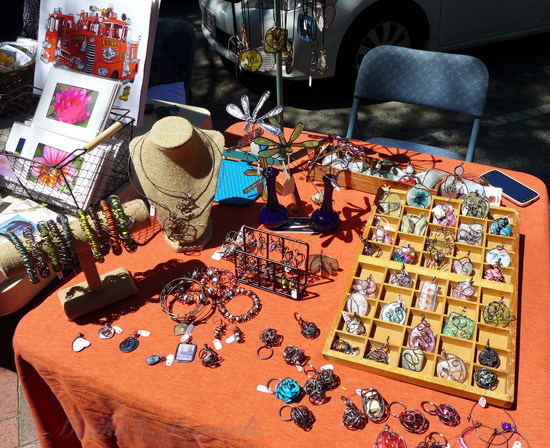 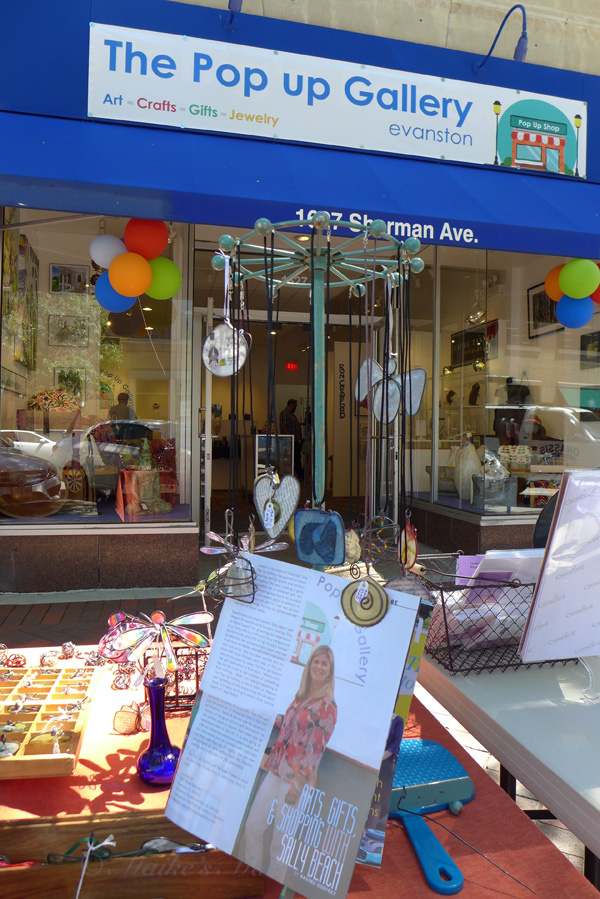 While foot traffic wasn’t as heavy as the Sidewalk Sale last year, we still had several people pop by and the store itself gets great traffic. 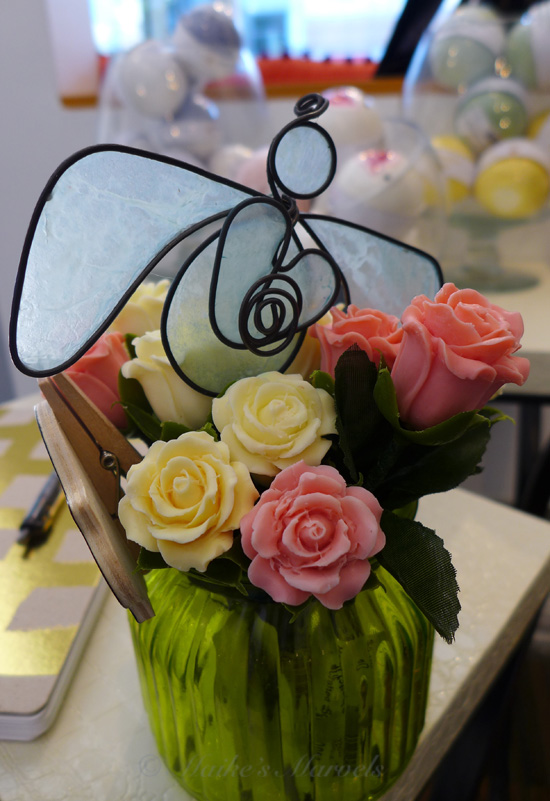 I left a Howlite set to be featured by Steve on Pop Up Television. 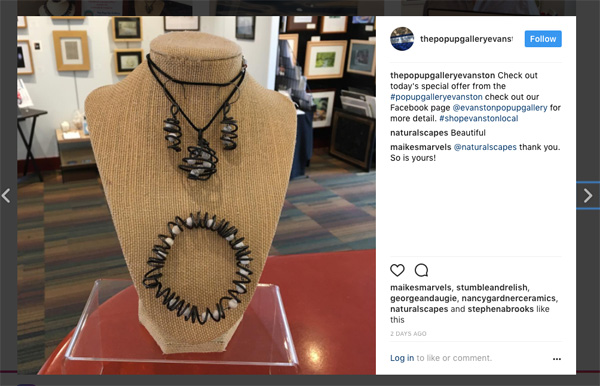 The window changes each week with new offers. 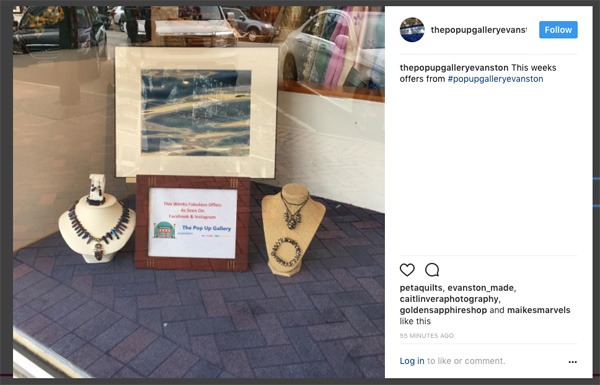 Over the month I made several sales, a few in person as I popped in. 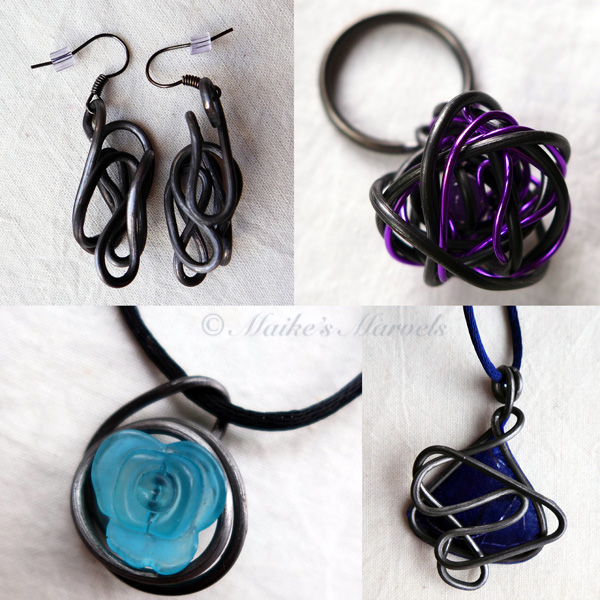 It is nice to see the positive response to this unique gift boutique. 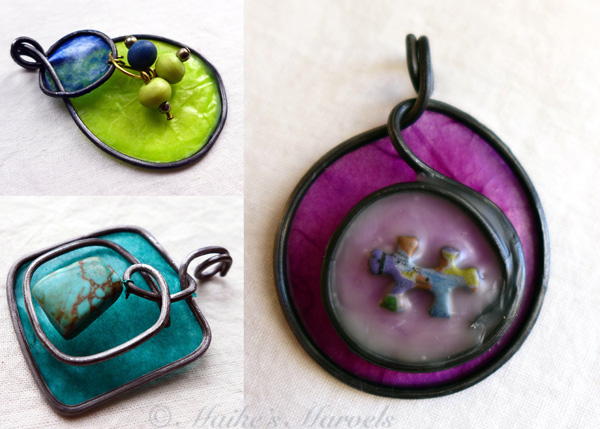 Before long the second day was done, and the balloons also lost steam. 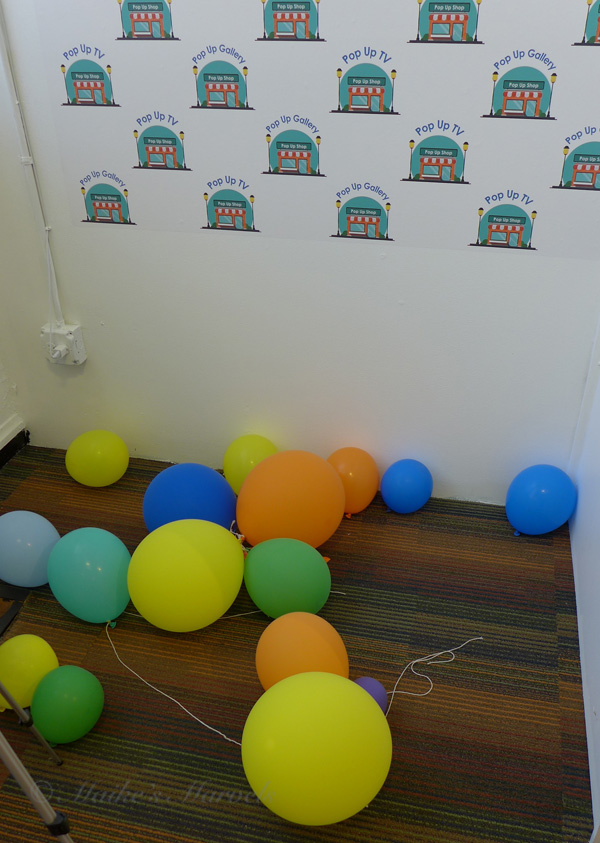 Pop in and see my shelf, as updates keep happening. 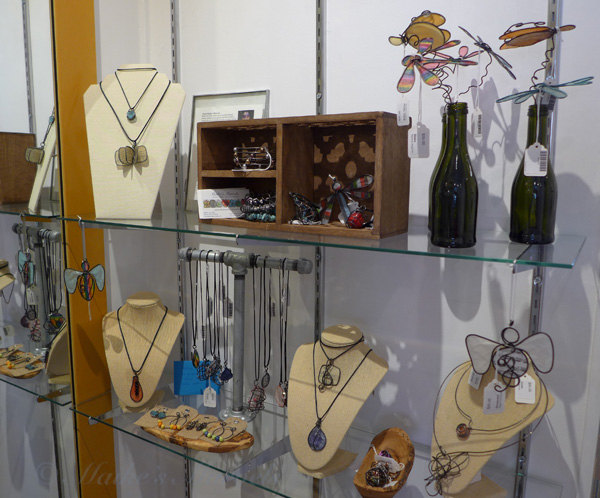 A video interview is in the works. 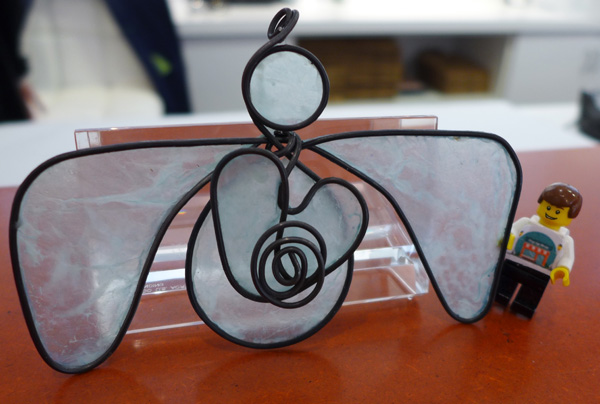 You can find all kinds of art work at varying price points here, some with the bonus of smelling delicious. The Evanston Pop Up Gallery is located at 1627 Sherman Avenue in Evanston, and open 7 days a week. 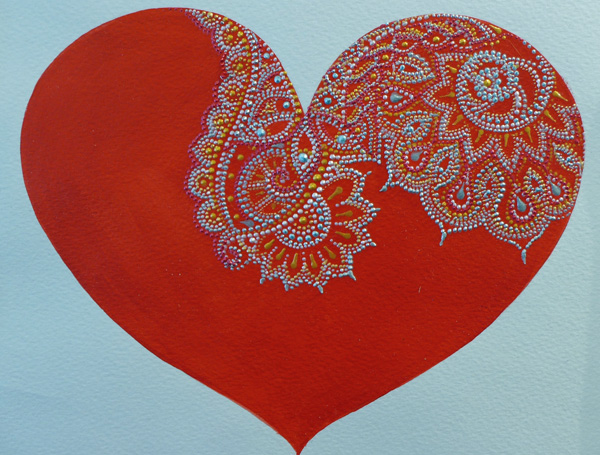