On March 8, 2019, Brenda Schweder Jewelry’s Facebook Live video included a guest appearance of her husband, Jim Schweder. The couple is putting their house on the market (for a move to warmer Tuscon), which prompted Jim to volunteer some of Brenda’s beautiful ephemera finds for our May Now That’s a Jig! Challenge (with her permission of course!). For the Reduce, Reuse, Recycle May Now Thats a Challenge!, all members of the JigUFacturer Design Team were sent a piece to upcycle from Brenda’s coveted collection.

The early birds claimed the pieces they liked best, and I received what was billed in the Video as a “Match Case.” The May Challenge is: Reduce ReUse ReCycle #reducereuserecycle #ntajchallenge #reducereuserecyclentajchallenge. we were tasked to “wire your way around that wacky goodness and keep one more thing from hitting the garbage dump!” The reason it was billed a match case initially is beause it bears striking resemblance to Dawn Stone’s Found Object of the October NTAJ! Now That’s a Challenge!, where she incorporated a match case into a gorgeous pendant.

I received the item in the mail within days of the broadcast. The inscribed brand prompted a quick online search of what the item was. When I entered: “B & R MFG. CO. NEW YORK” I found this web site describing it as a “screw dime pocket bank”: “Coin slot on top of tube with holes to see contents and amounts beside the holes. When five dollars where saved you turned the screw on the top and the bottom popped out to claim your dimes. Then you would push the bottom back in the tube and start your saving again.” 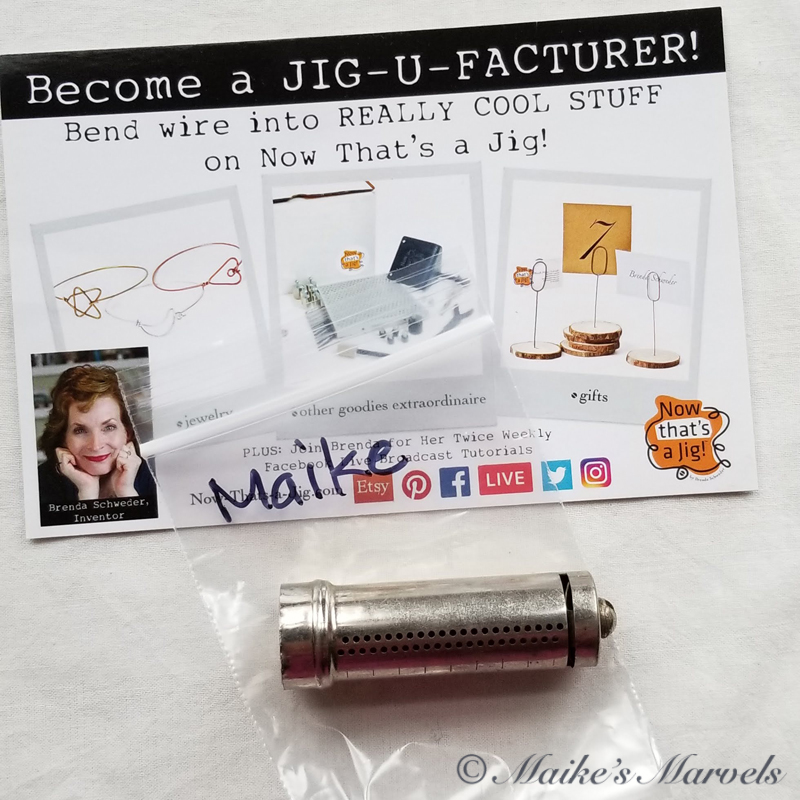 It’s cool to think that these were used for the March of Dimes to fight polio. With my curiosity solved, I went to my Now That’s a Jig! to ponder possibilities. I had long wanted to play with Brenda’s Rain Chain Template, so I set that up on the NTAJ! You can get Brenda Schweder’s RainChain PatternPak on Etsy or at her booth at the upcoming Bead & Button Show.

I followed the template directions, allowing for a double-length of the pattern since I wanted to wrap this around the piece. 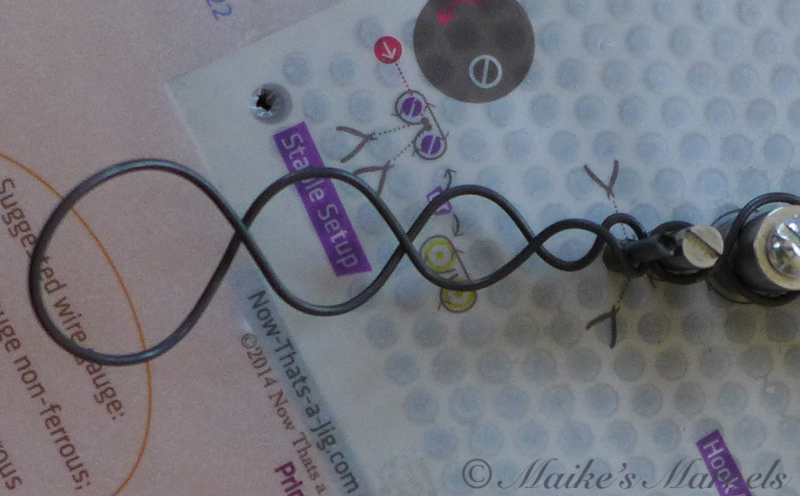 This didn’t quite work for my vision of wrapping the patternwire around my object and embellishing it with waxed paper. I think this might convert to a bracelet once I fiddle with the doubled-up idea a bit more. 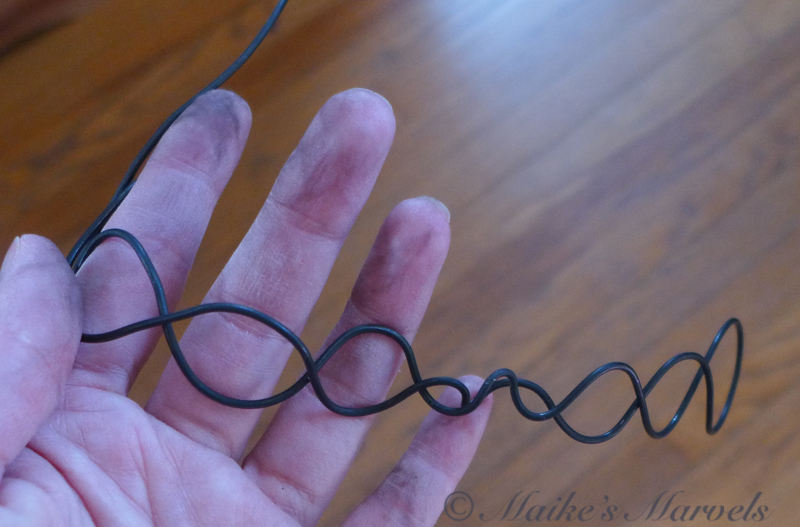 It has potential, but not with the wax and wire technique I am fond of and wanted to use on this piece. 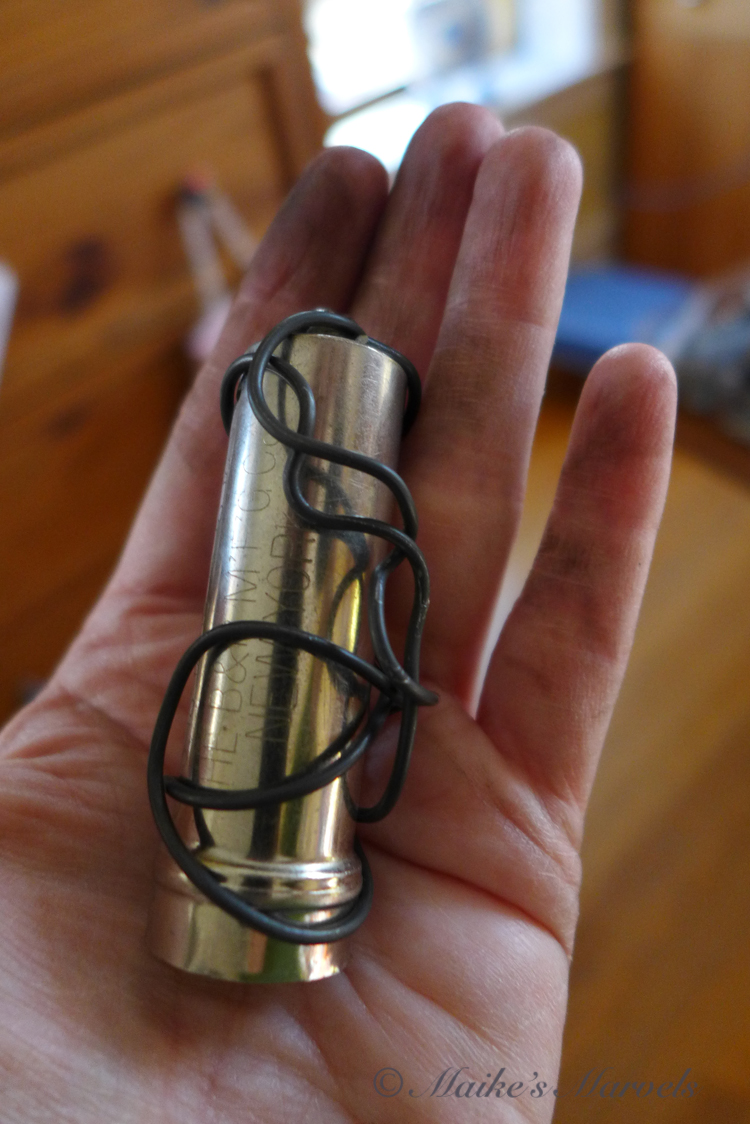 For my second attempt I cut off longer wire and resorted to the double-looping I do for my frosties, still using the rainchain setup. 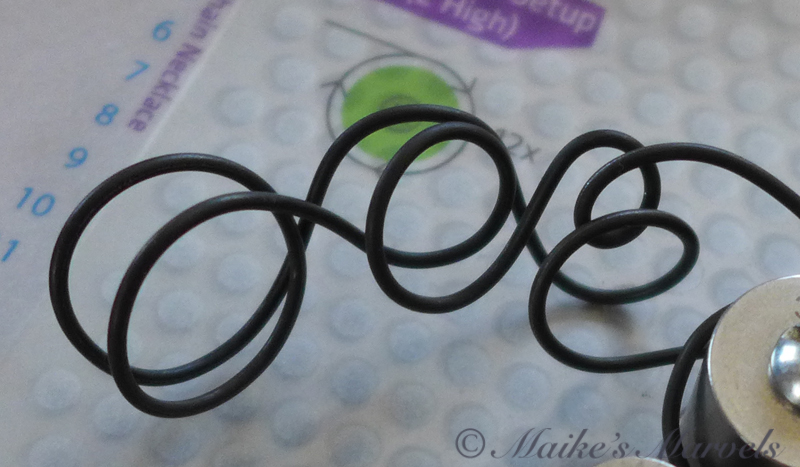 This worked better for my vision, as I could bend it without losing a loopy surface to attach the paper to. 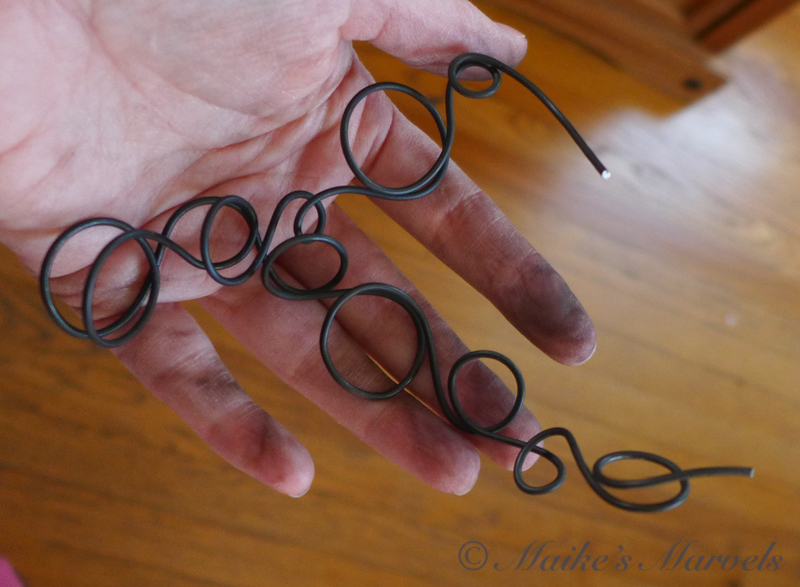 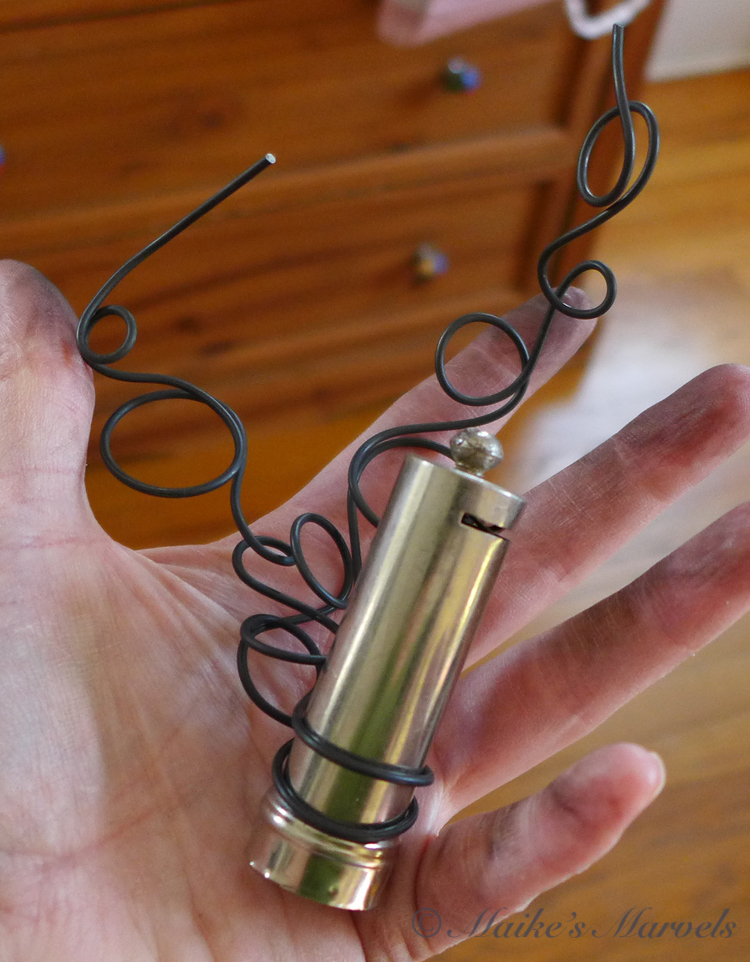 This one made me happy. 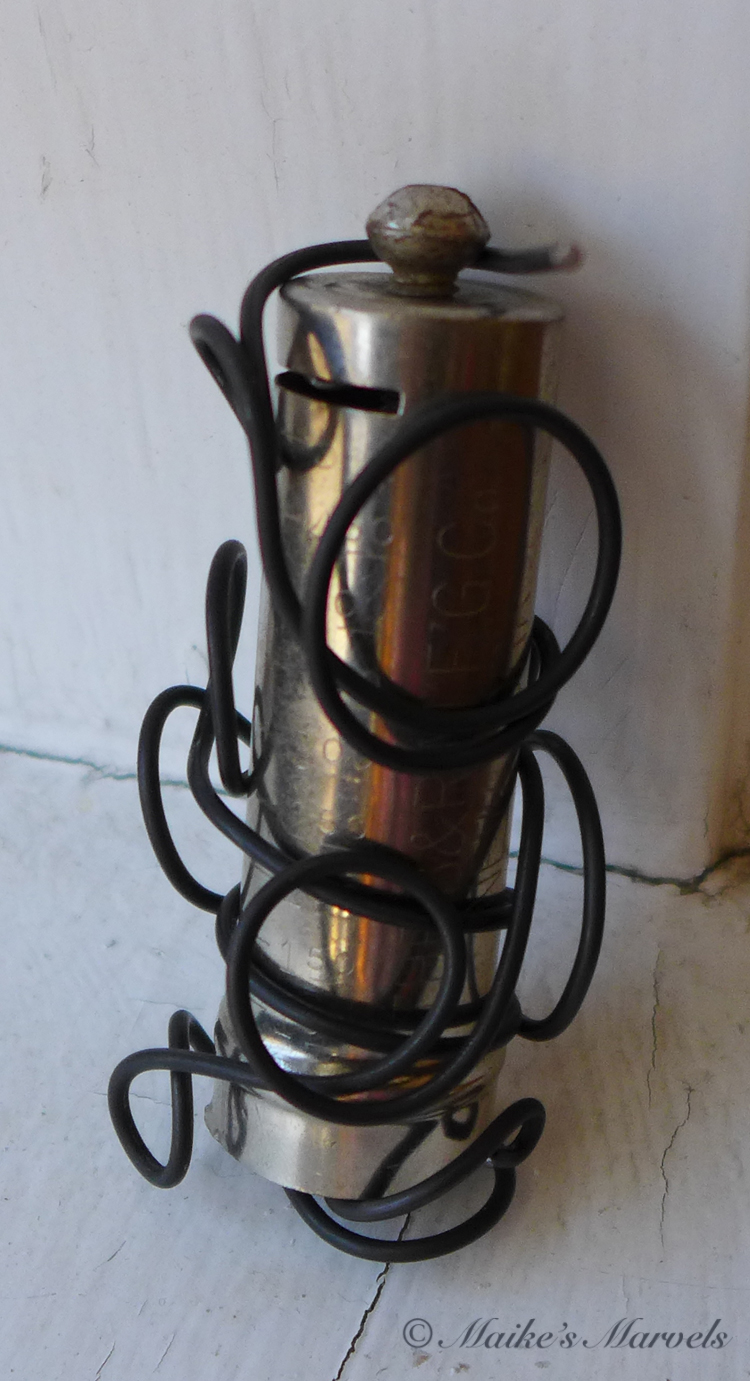 I gingerly dismantled the wire and fired up my encaustic griddle. As it warmed up, I cut out the pops of red I wanted to embellish the dime bank with. 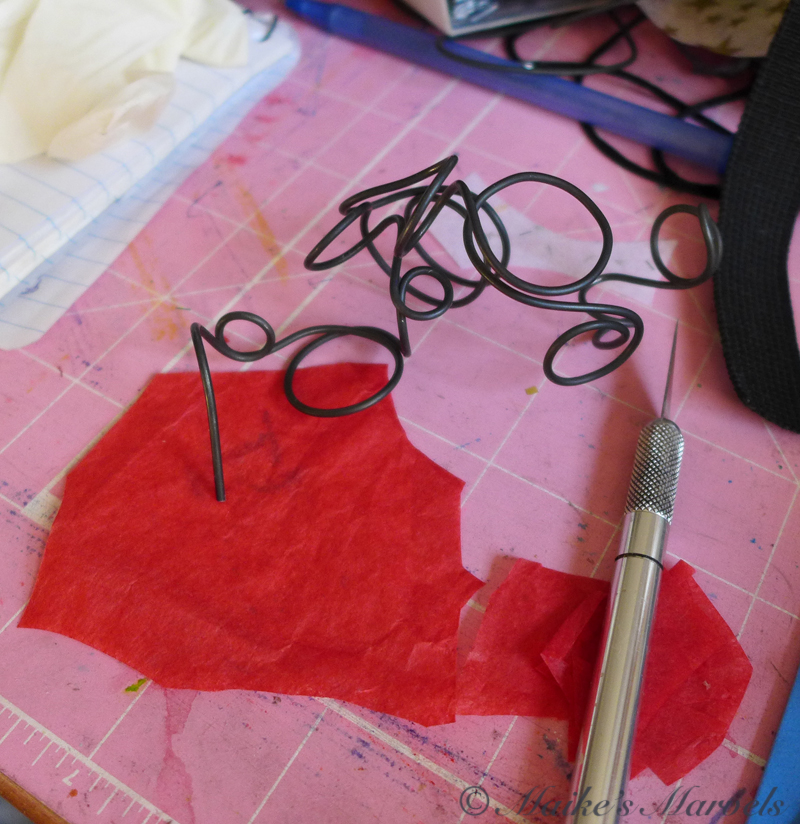 With the encaustic medium warmed up I embellished the wire in various places. 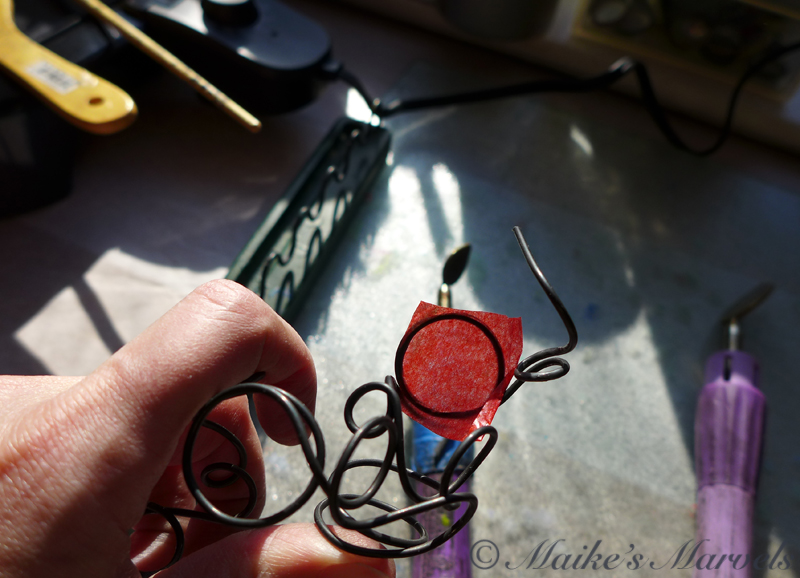 I really like the pops of red with the silver. I left the steel wire unpolished to add the contrast, but could have also sandpapered it to a more silver sheen as a more monochromatic option. 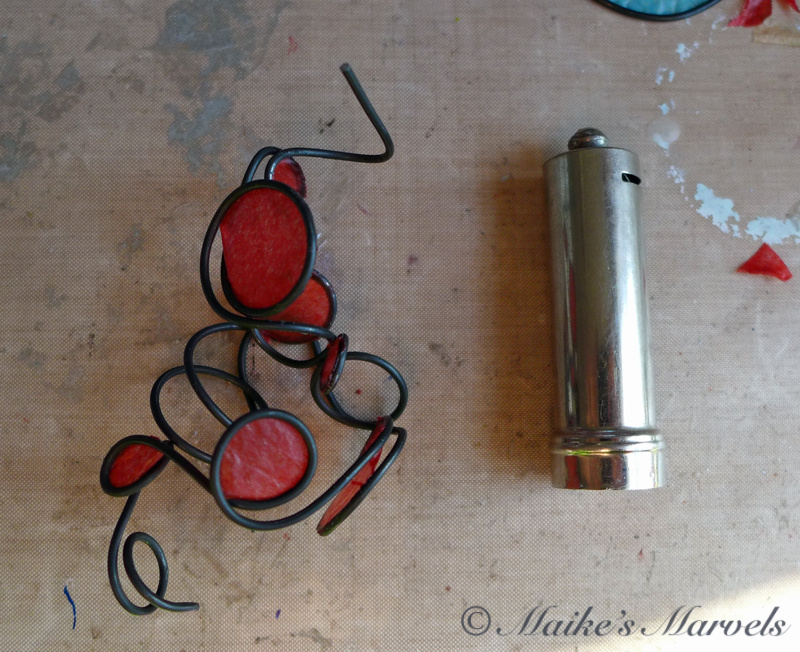 With the waxed paper re-wrapping the steel around the dime bank was a bit more tricky, but the end result very worth it. 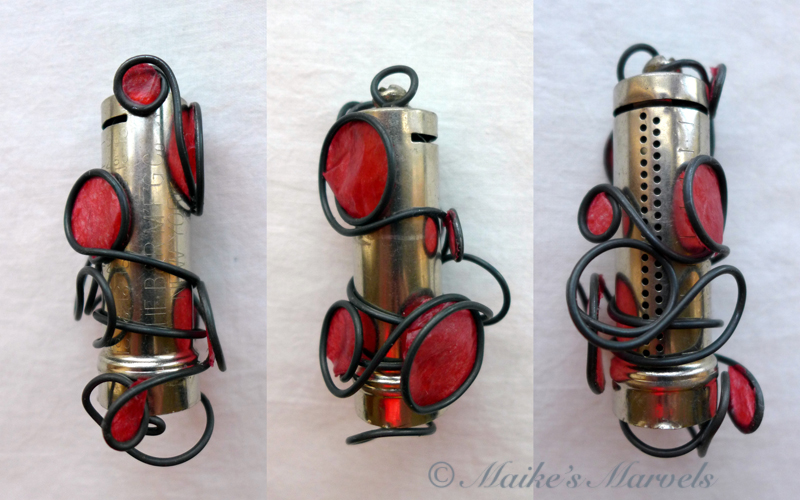 I did a quick test wear, and while it has a little heft to it, the pendant isn’t super-heavy. 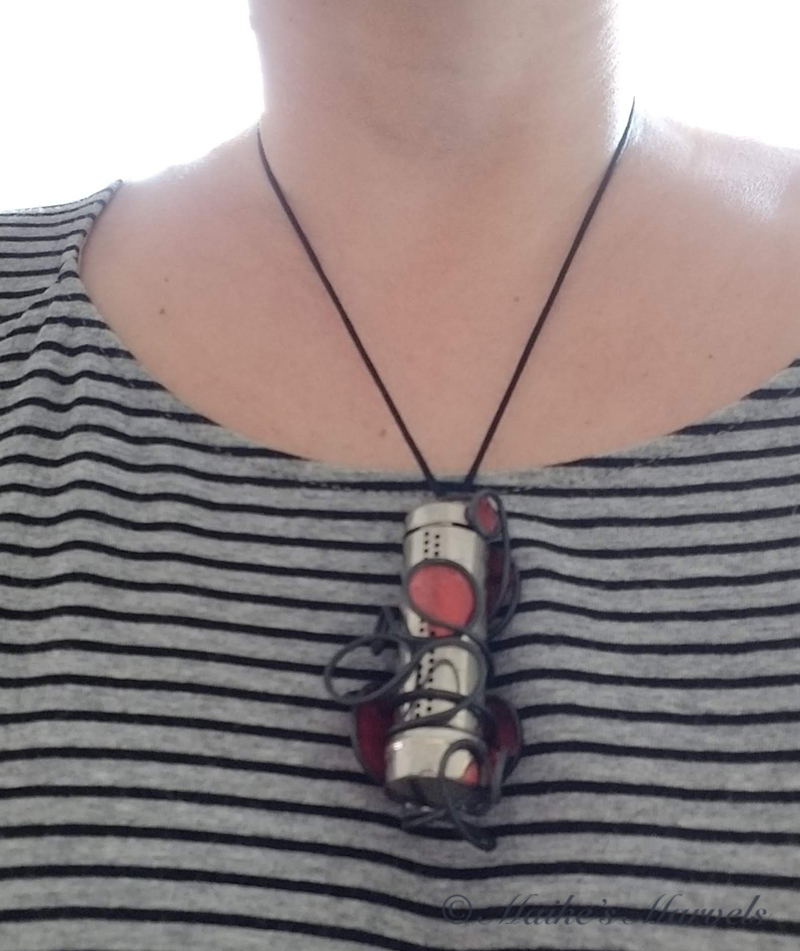 It might be fun to figure out how to make a hole in a dime and add that as a dangle to this pendant in the future. I like it as is too, though, and am wearing it quite a bit these days. 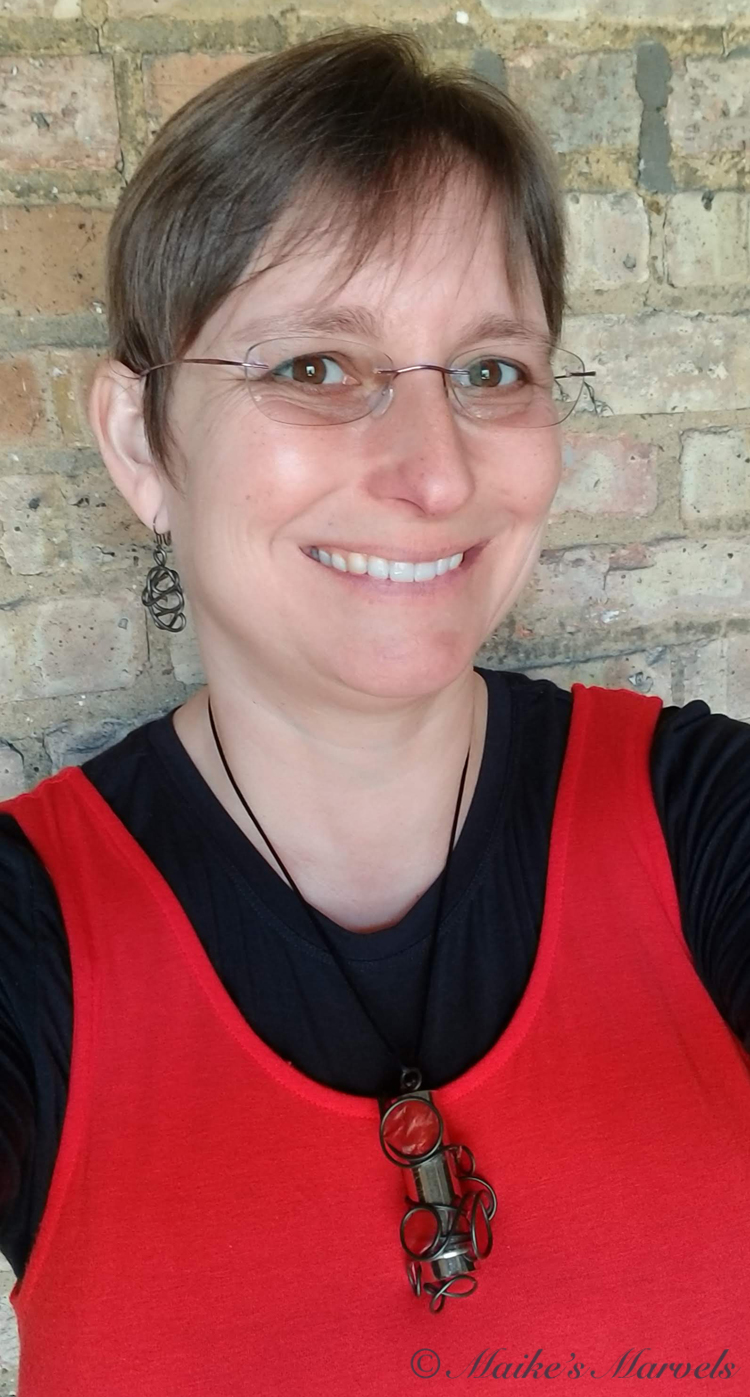 In the spirit of Reuse and Recycle, I took the ‘failed’ wire squiggle and put it around a wine cork. If you want to be in on the fun or peruse what other people are making on Now That’s a Jig!, join our JiguFacturers group page. The Reuse, Reduce, Recycle Album will fill up with Design Team submissions this week, and then it’s up to you to create your interpretation! 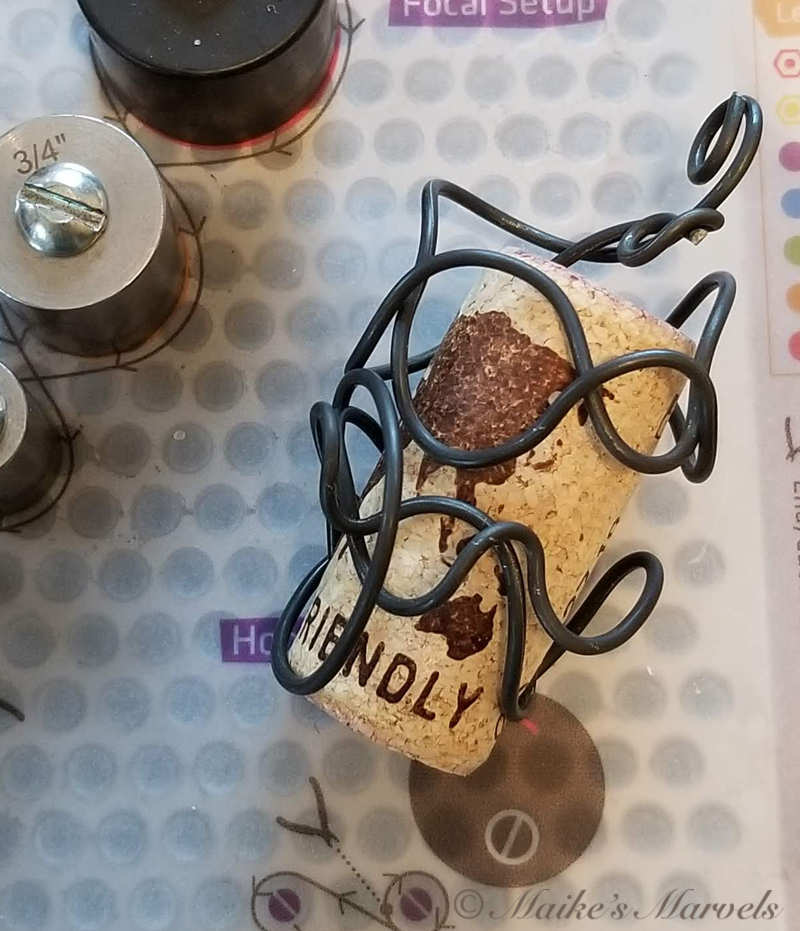 This pendant is much lighter, and makes for a fun gift for wine lovers, wine club members, and other winos! I’ll probably make more of these for Evanston Made. 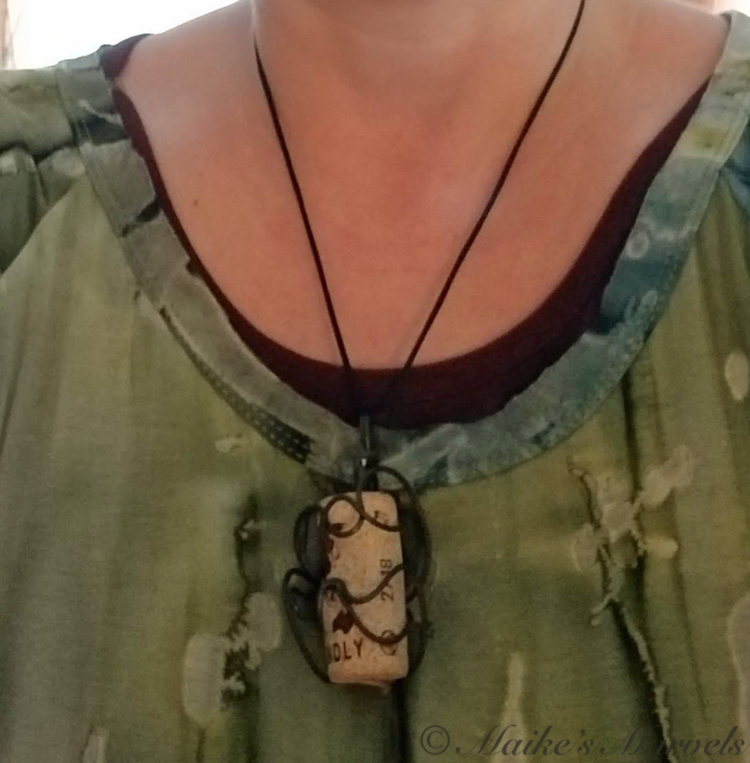