On my last day of the Utica excursion I decided to give Buffalo State park another chance. 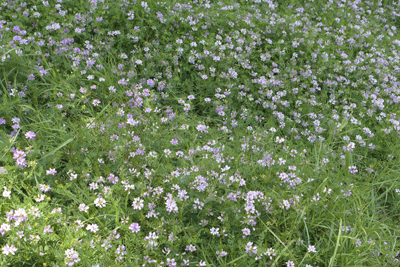 I had visited it years before, excited about the earth sculptures, only to get hot in the harsh sun of the prairie landscape. 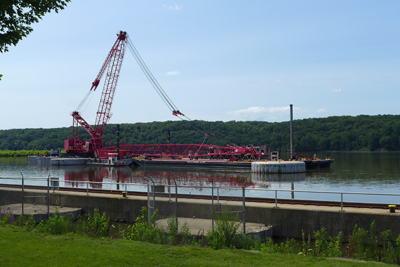 To let a speeding truck pass me I pulled into the Illinois & Michigan Canal State Lock Entrance and snapped a selfie there. 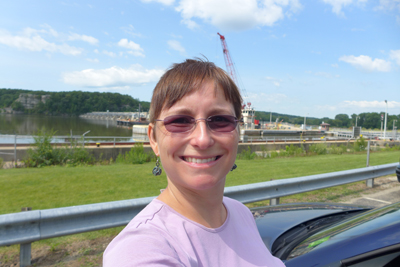 The birds-eye view can be perused from Starved Rock State Park. 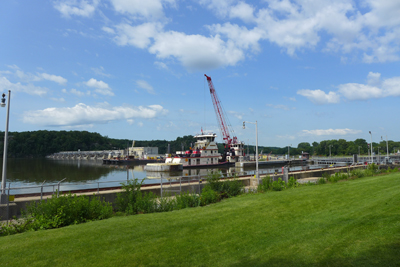 The Buffalo Rock State Park entrance on this road was different from what I remembered, (and later learned I had indeed come another way before). 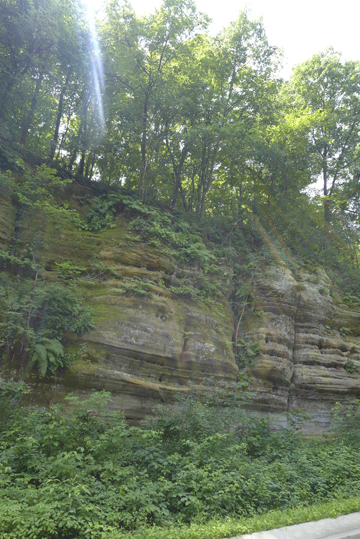 My trusty state park guide book was at home, and I went by the maps on signposts at each park this year, when before I always had everything mapped out ahead of time. 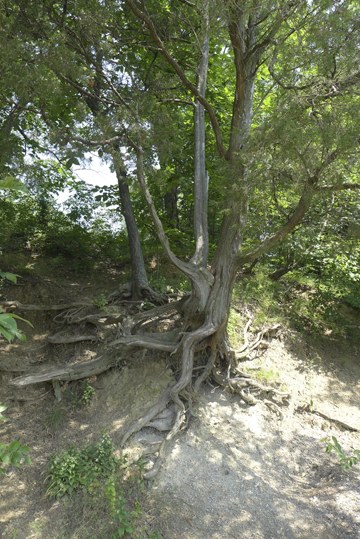 With Geocaching more prevalent Iâ€™m sure there are phone apps by the forest districts, but I still prefer to walk the trails pretending to be disconnected, though knowing I have GPS on my phone is certainly comforting as a lone wanderer. 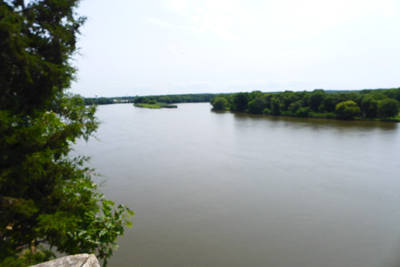 I strolled down the overlook path, thinking it would give me the birdsâ€™eye view. Instead, it took me past the river, and a later sign clarified that this was a River Overlook. Four Pelicans flew over me at one point, which was awesome to watch. 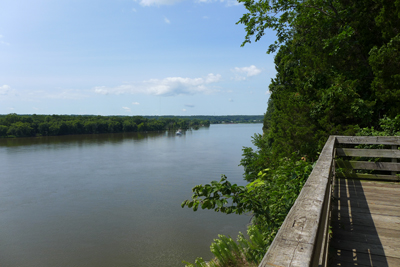 The Effigy Tumili were in the other direction of the river overlook, so I wandered back that way, just enjoying the prairie flower scents and cricket and bird sounds. 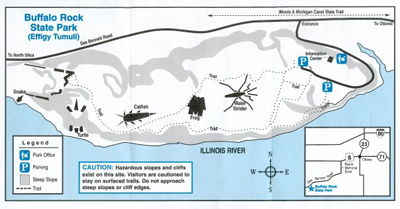 I came upon the catfish and laughed at not being able to see the eye at all. It was just a mound, with a path that the sign said we were allowed to climb. 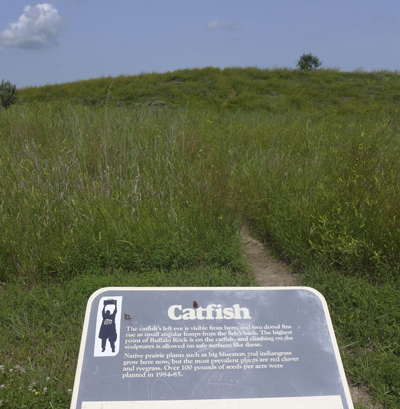 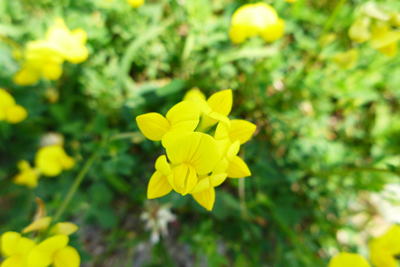 Sculptures of a snake, turtle, catfish, frog and a water strider were created into mounds hikers can climb and explore. On top of the catfish, I took a view around. 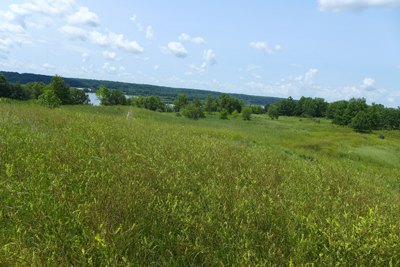 This photo by L. Jenkins shows what the mound looks like: 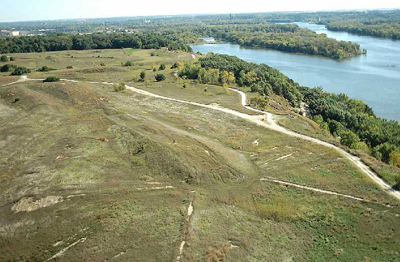 I crossed paths with other hikers, who shared my initial disappointment of not being able to â€˜seeâ€™ the effigies. Even Google Earth doesnâ€™t do it justice: 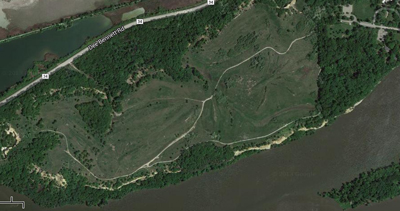 The turtle was considered risky to climb, but I observed a pair of monarchs at the foot of the mound, both extremely camera shy. The grass was taller than me. 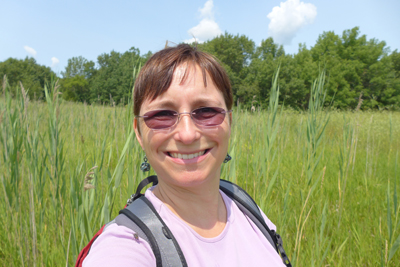 I kept the insect-cam going and trusted my zoom lens a lot. 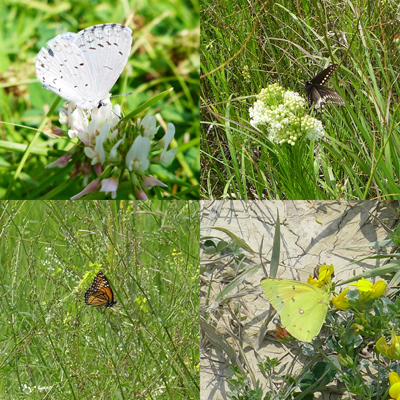 If the snake is meant to be the exposed lime rock, itâ€™s the easiest effigy to recognize. 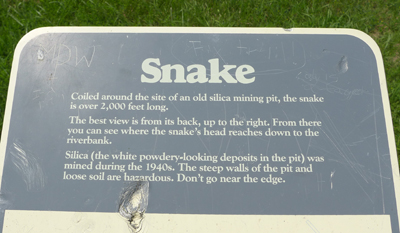 Limestone formations are so spectacular. 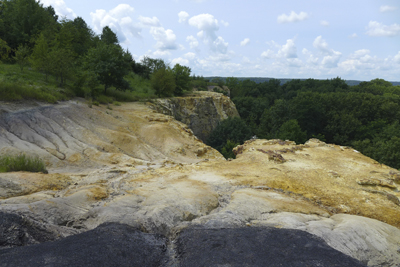 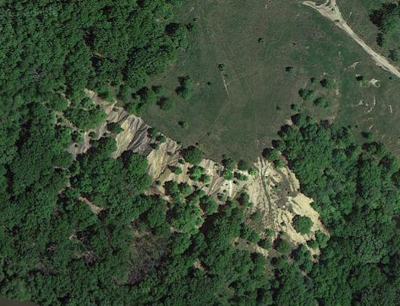 I wanted to linger but a mosquito urged me to move on. I had an allergic reaction to a bite on my arm, even though other bites were fine, so not having yet consulted my medical experts I was leery of inviting another sting of epic proportions. Next time Benadryl cream will be my companion, and a small container of vinegar. 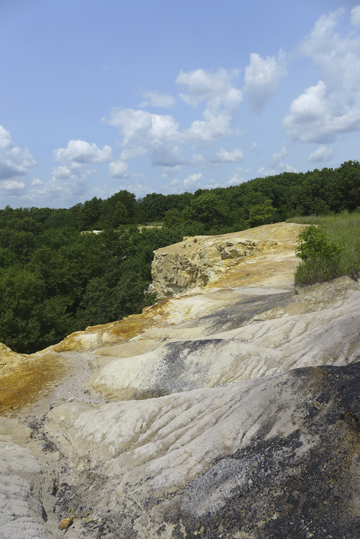 I pondered walking the whole length of the parkâ€™s path to the area I had entered last time, but it was getting hot and I had not brought my hat, so I figured I wouldnâ€™t risk heat fatigue with a 2-hour drive ahead of me. 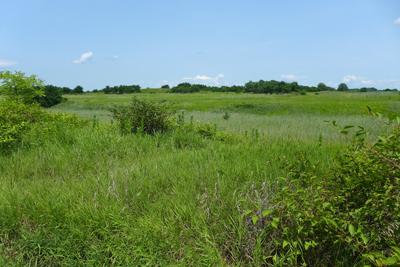 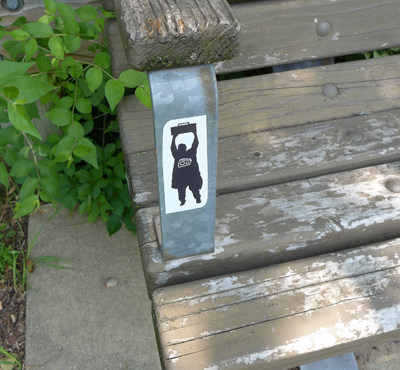 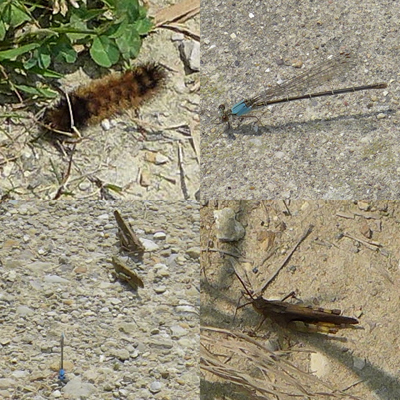 Thus I wandered back the way I came, and startled when I noticed bison through a chain link fence. 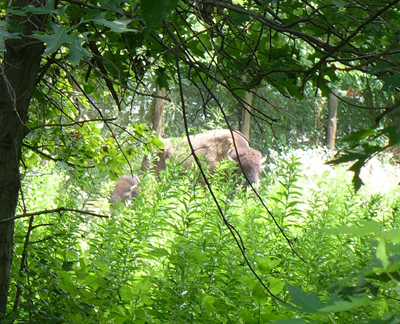 I suppose Buffalo Rock should have some buffalo! 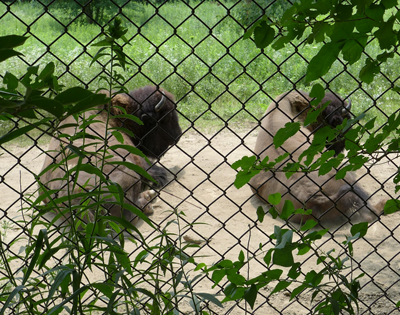 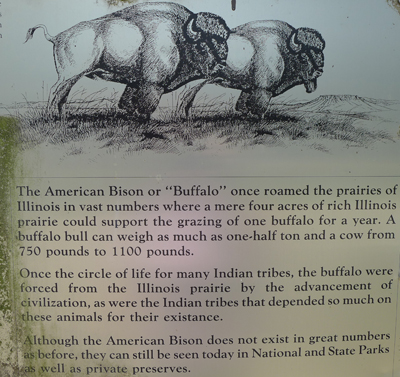 I switched into sandals and began the drive home. Most of it was easy except a stretch on I-55 where weavers crisscrossed all three lanes to violate the speed limit. 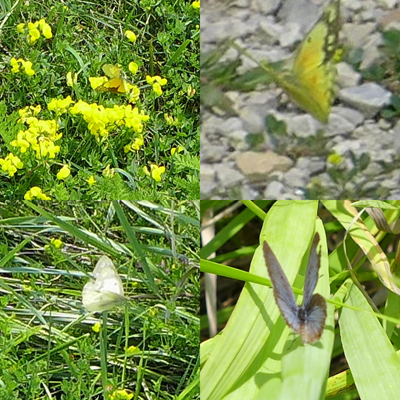 Otherwise the ride home felt surprisingly short, making me think I should head into the I&M Canalâ€™s territory more often this year. 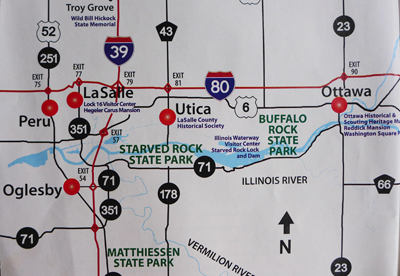