I planned on walking the majority of the Starved Rock Trail on day two of my Utica excursion, but the majority was closed due to fallen trees and storm damage in mid-July. 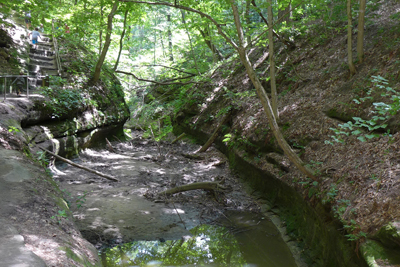 Even the Starved Rock Lodge had a tree fall in per one resident. 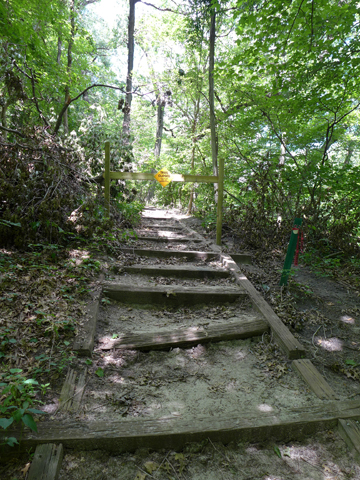 Basically the entire stretch of the park trail was closed, with just small sections near the visitors center and the other end of the park open. 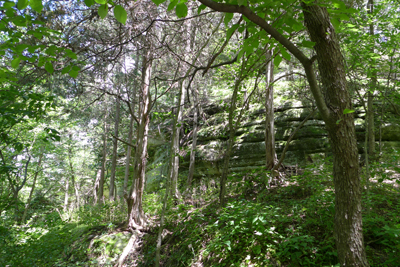 So I walked the short open trail that led to the French Canyon, which was where everyone hung out. 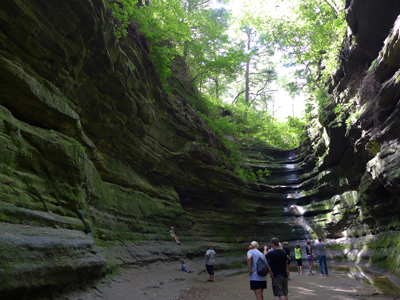 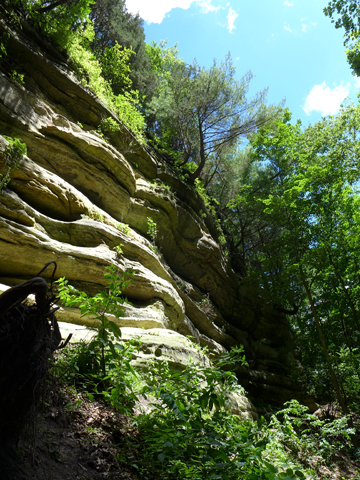 The varying stairwells are an interesting analogy to life, some worn, some reinforced, some requiring careful treading, others steep. 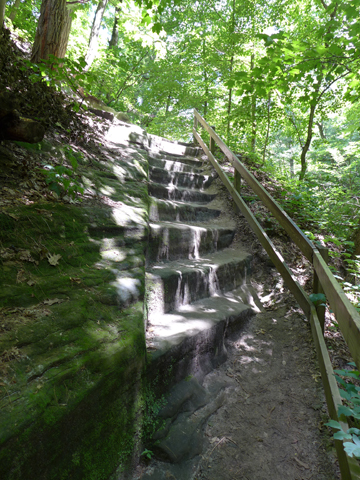 I finally got a good look at poison ivy as the signs pointed out various operations of it. 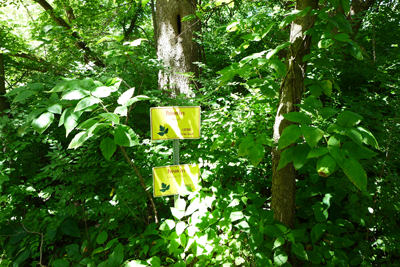 A butterfly wing crossed my path. 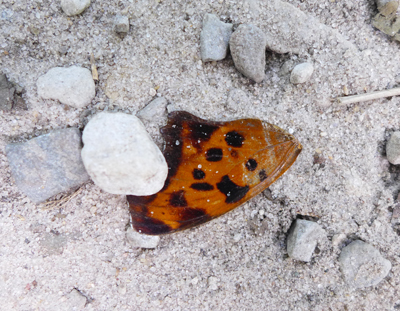 Then I walked up the Starved Rock Trail with a lovely view of the dam and Pelican Island. 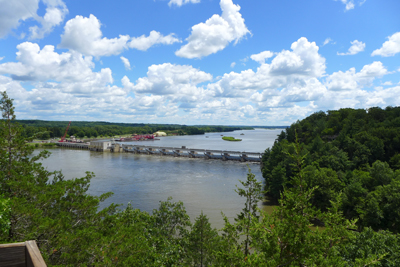 The I&M Canal connects Lake Michigan to the Mississippi River by way of the Illinois River. It provided the first complete water route from the east coast to the Gulf of Mexico. French explorers Joliet and Marquette navigated this water route in the 1600s and Native Americans and traders used it until 1823.Â  From 1823 to 1848 the I&M Canal was constructed at a cost of $6.5 million. It begins at the south branch of the Chicago River at Bridgeport and extends 96 miles to the Illinois River at LaSalle. The canal’s 15 locks accommodate differences in elevation. 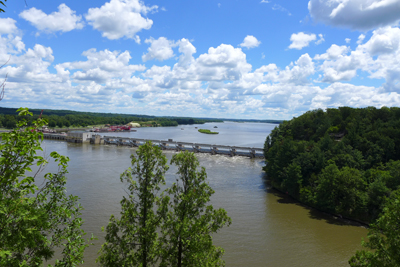 In 1933, the Illinois Waterway was completed and the I&M Canal was closed to navigation. Since then, the canal has been developed for recreation. 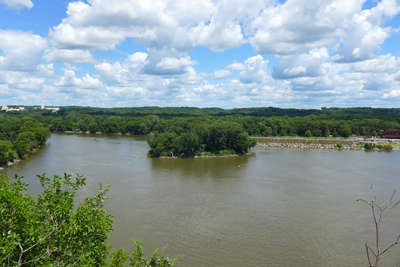 Pelicans have nested in Illinois for 20 years, and one of the areas is an island in the Illinois River. 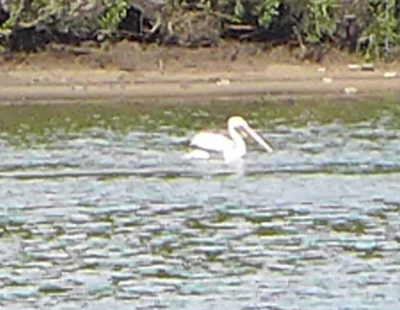 It was nice to watch them fly over. 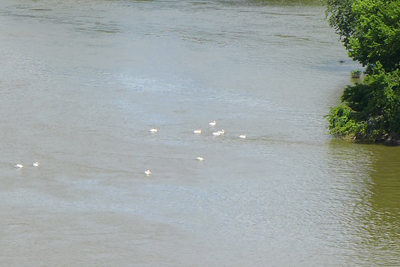 After the short circular trail led back down the stairs, I sat for a bit to enjoy the weather and waterfowl. 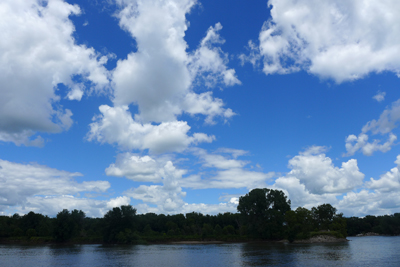 I stopped for lunch in town and then headed back to Matthiessen State Park to walk the river Trail. 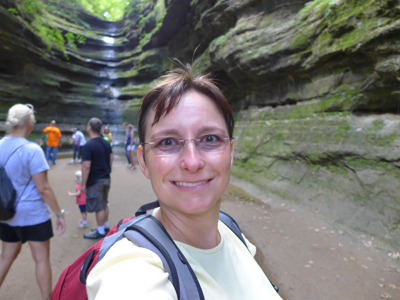 I look forward to returning when the trails have opened up again. 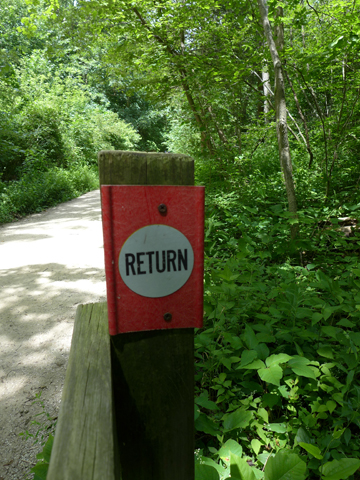