In 2011 I learned to make wrangled bangles with Brenda Schweder. 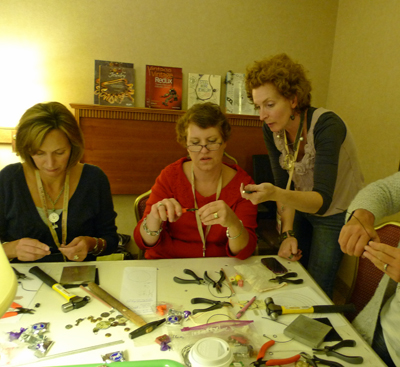 Little did I know that intro to wire class would lead to a whole new career! 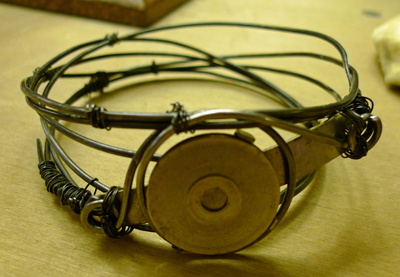 Wrangled Bangle by Brenda Schweder in 2011

At the time I considered myself a paper collage artist, and encaustics were just beginning to show up on my radar. 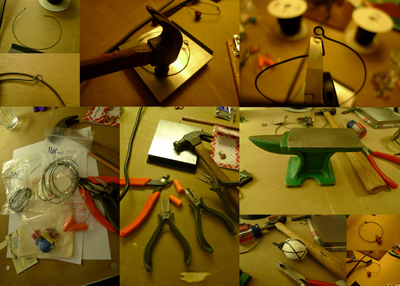 The bangles workshop was just to pass the time at the Creative Connection Event, but I did like the results. 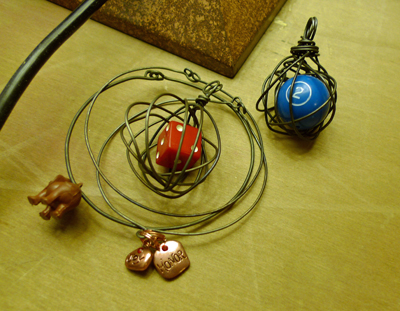 Fast forward a few years and I am now the owner of Brendaâ€™s Now Thatâ€™s a Jig! 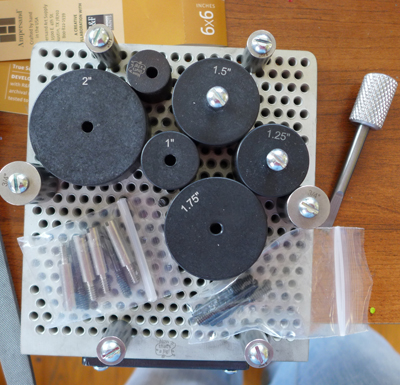 I added a round peg combo pack to my order so I could use the Jig for my Frosties. 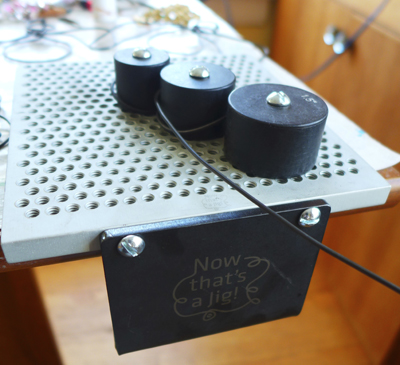 Then as I was fooling around with a daisy I realized that might be a jiggable item as well. 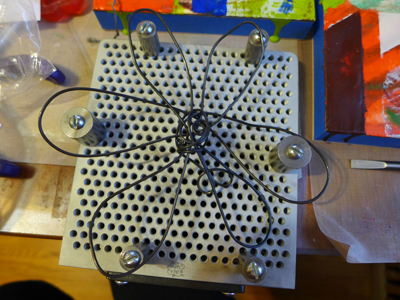 So I laid the hand-wrangled version on the jig and started spacing out pegs. Then the bending began. 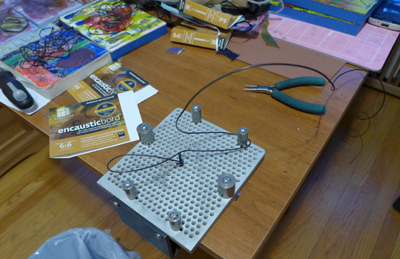 And then I kept looping around the pegs and created a replica of the daisy. 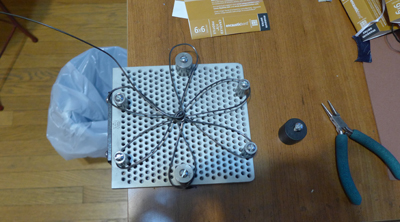 The center wasnâ€™t stable, so I wrapped more wire around it to secure the shape. I bent the petals for dimension and adhered the wire to the encaustic substrate with a mini-iron. 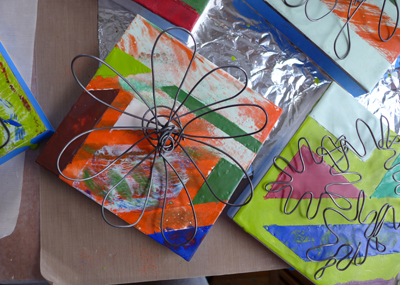 Then I had to conduct an overnight hang test to make sure the wire would stay on. 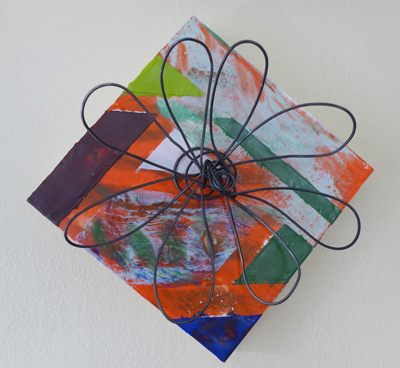 Now you can see this piece at Creative Coworking through the end of the month. 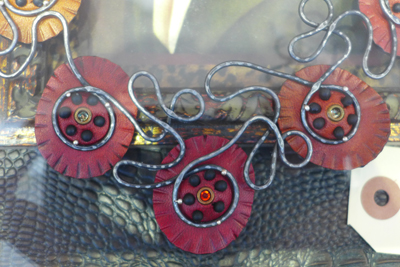 Collaborate Project by Brenda Schweder in 2014

Her creations are so inspiring! 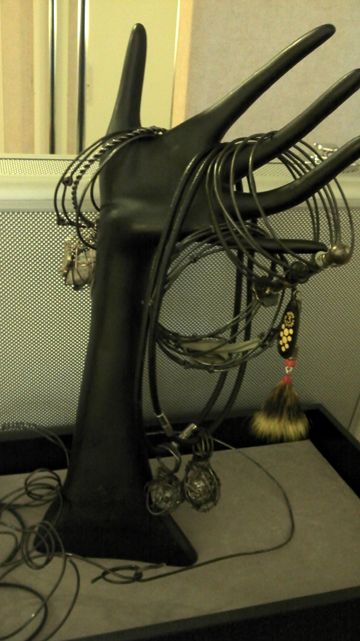