Did you have a loving Valentineâ€™s Day? I watched Charlie Brownâ€™s Valentine for the first time, after learning about the film at the Museum of Science and Industryâ€™s Great Charlie Brown Exhibit. 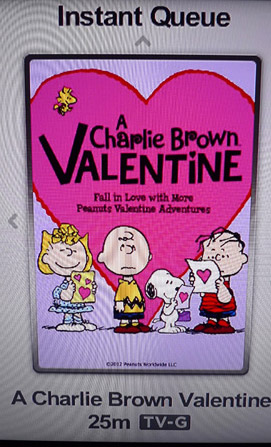 Normally I donâ€™t have a date on this holiday, but the newly opened Wine Goddess offered the perfect remedy for that. The Wine Goddess opened in January, and offers wine and beer for purchase, week-end drop-in tastings (Fridays and Saturdays), private events and formal wine classes such as my Valentineâ€™s Day date. 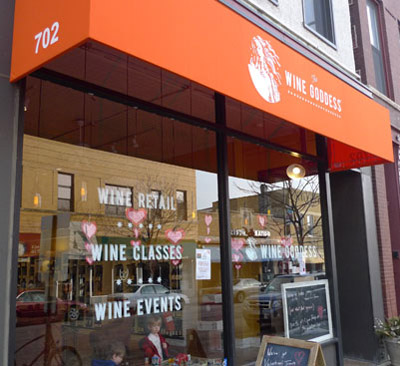 Last Thursday, owner Diana Hamann and manager Kate Soto hosted an evening with two of my loves, a Wine and Cheese pairing class.

Diana said that in the United States we â€œdrink wine like cocktails,â€ having it at the end of the day before cooking, rather than as a supplement to our meal. In Europe, on the other hand, cocktails are drunk during happy hour, and wine is carefully paired with the food of its corresponding region. 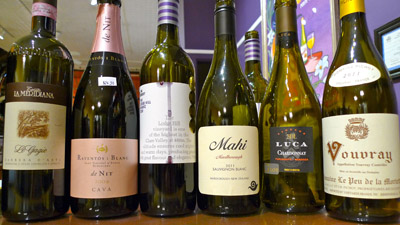 After a bad day, said Diana, a good food and wine pairing should lighten the mood: â€œFor a moment in time, everything should be A-OK on your palate.â€

We were instructed on how to open a Stelvin closure (screw cap bottle) in a classy way, as well as when to eat the rind of a cheese and when not to. Diana also showed us how to hold a wine glass by the stem, or â€œthe sassy wayâ€ as pictured below: 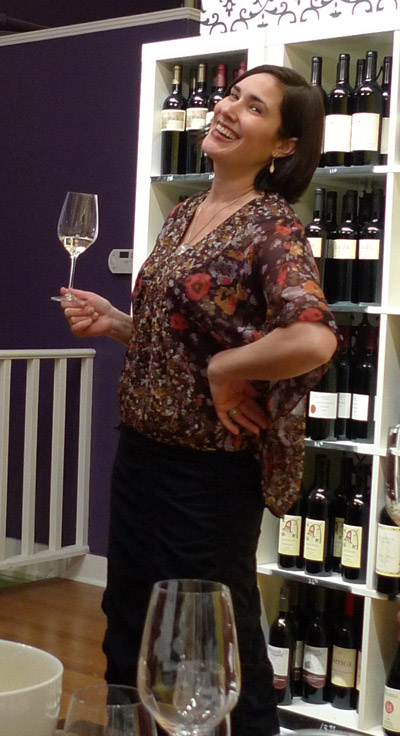 After these preliminaries, we were treated to delicious pairings, and then even more heavenly pairings as we tried some wines with two different cheeses. 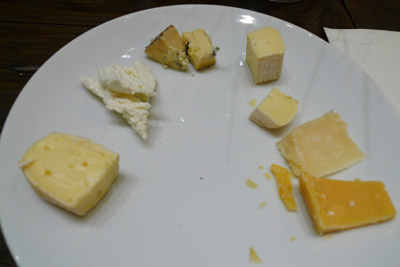 â€œThe stickier the cheese, the sweeter the wine, the more the nirvana.â€
~ Diana Hamann

The pairings were as follows (Diana and Kate will tell you which year):

Although cheeses should generally be paired with white wines, Diana made exception to the harder cheeses, such as parmesan, cheddar and aged Gouda. So we tried the following on the red wine spectrum:

I was impressed that Diana pronounced Gouda properly, and enjoyed the thoroughness of her research. We were each given handouts upon arrival, including a page on how to make cheese. Diana certainly lives and breathes wine and infuses her instruction with much humor. 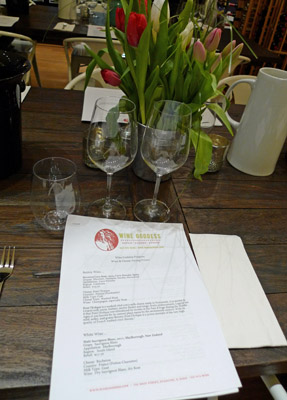 After the tasting, we were invited to ask questions and learned that we should put dried fruits and nuts with a cheese plate, as â€œfresh fruit and wine donâ€™t mix.â€

Any foods with soy sauce should be paired with sake, beer or white wine, but not with reds. Chocolate goes well with any wine that has a chocolate note, such as port, or New World red wines. 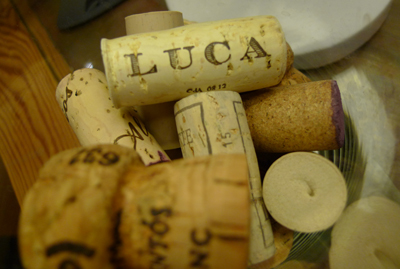 It was a lovely evening that had me going home with the Vouvray, and the Barbera and the Shiraz are on my shortlist for future purchases.

The Wine Goddess is located at 702 Main Street in Evanston, Illinois 60202 and their web site is http://winegoddess.com/. I look forward to attending more classes, and perusing their 12 under $12 selections. 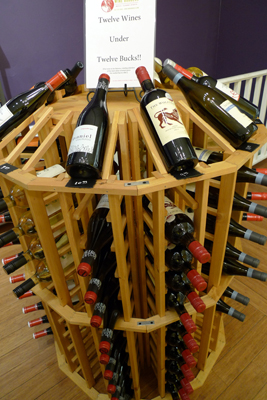