On my quest to find longer daily walk routes I decided to explore Calvary Cemetery in July.

Just blocks from my house, I found a pedestrian entrance in a Hinman alley. Speed walking down the paths felt disrespectful, so I slowed my pace and admired the memorials. 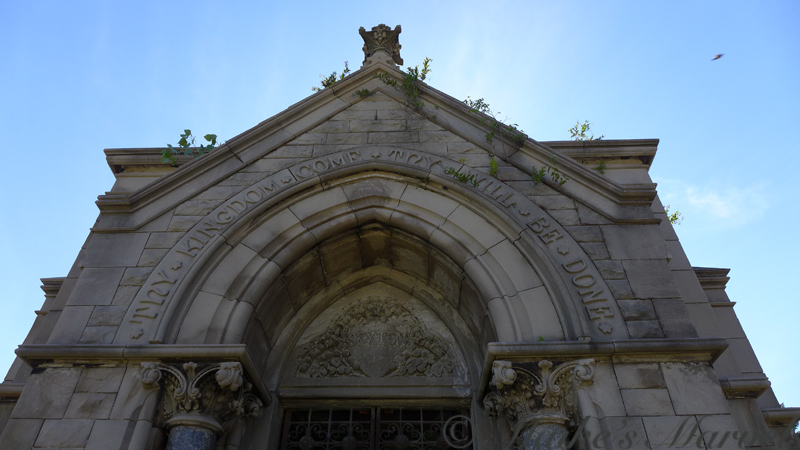 I read some of the tombstones, but soon the heartache of babies, young soldiers and family tragedies got to me, so I just strolled and enjoyed the architecture. 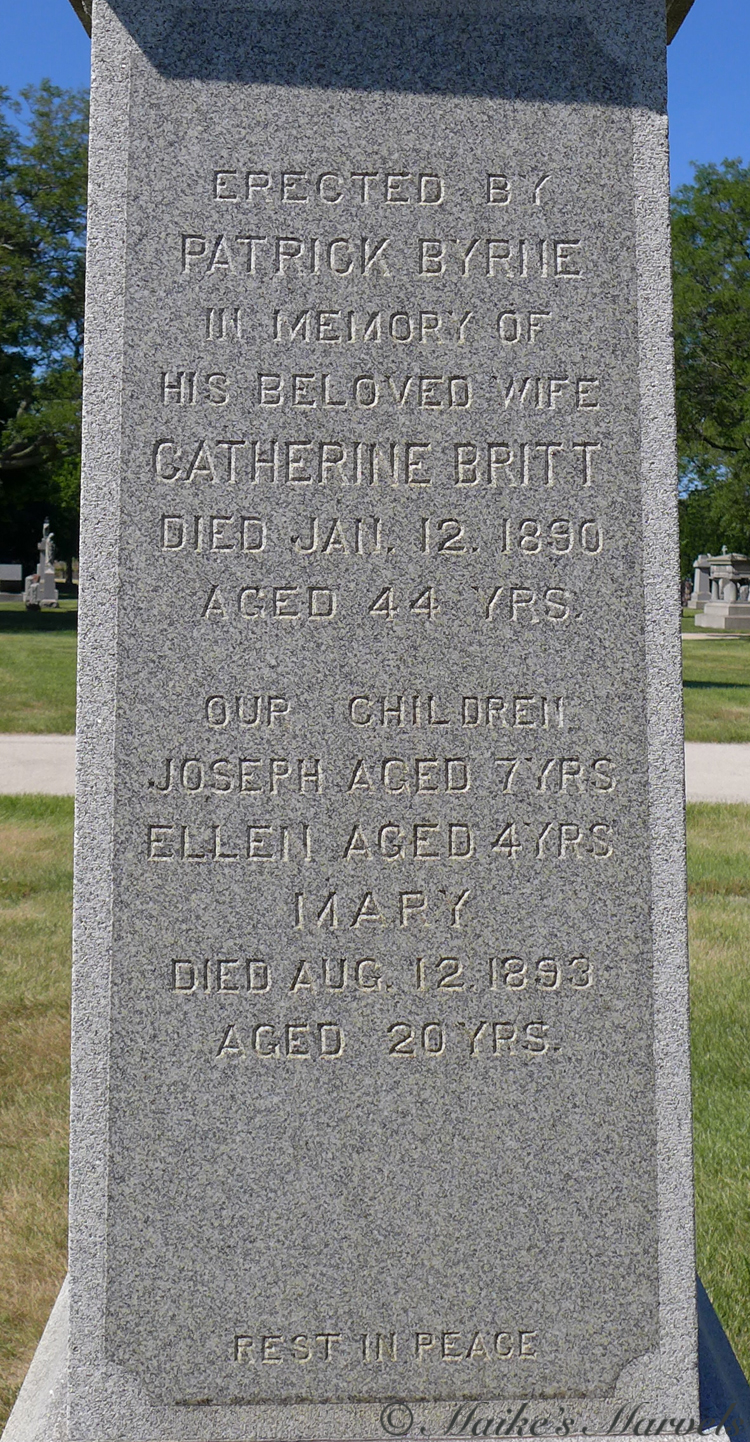 Calvary Cemetery is one of the oldest cemeteries in Chicago. 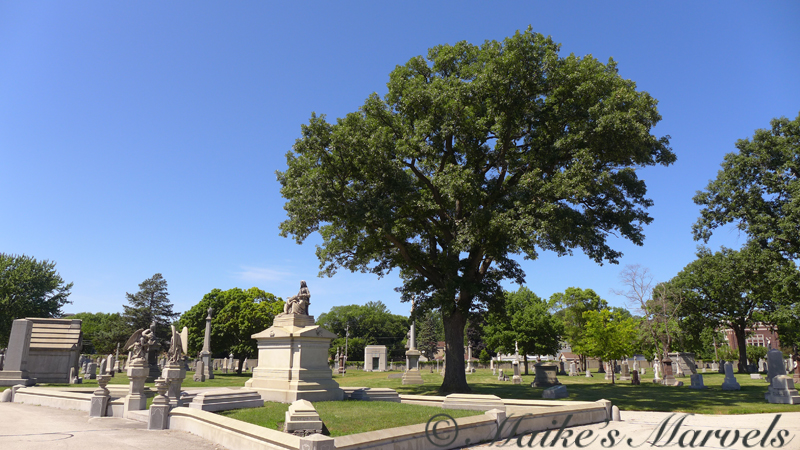 The tree-trunk headstones are apparently an indication of Woodmen of the World membership. “An enduring physical legacy of the organization is distinctive headstones in the shape of a tree stump. This was an early benefit of Woodmen of the World membership, and they are found in cemeteries nationwide. This program was abandoned in the late 1920s as it was too costly. Typically the headstones would include a depiction of the WOW relics and symbols of the organization.” 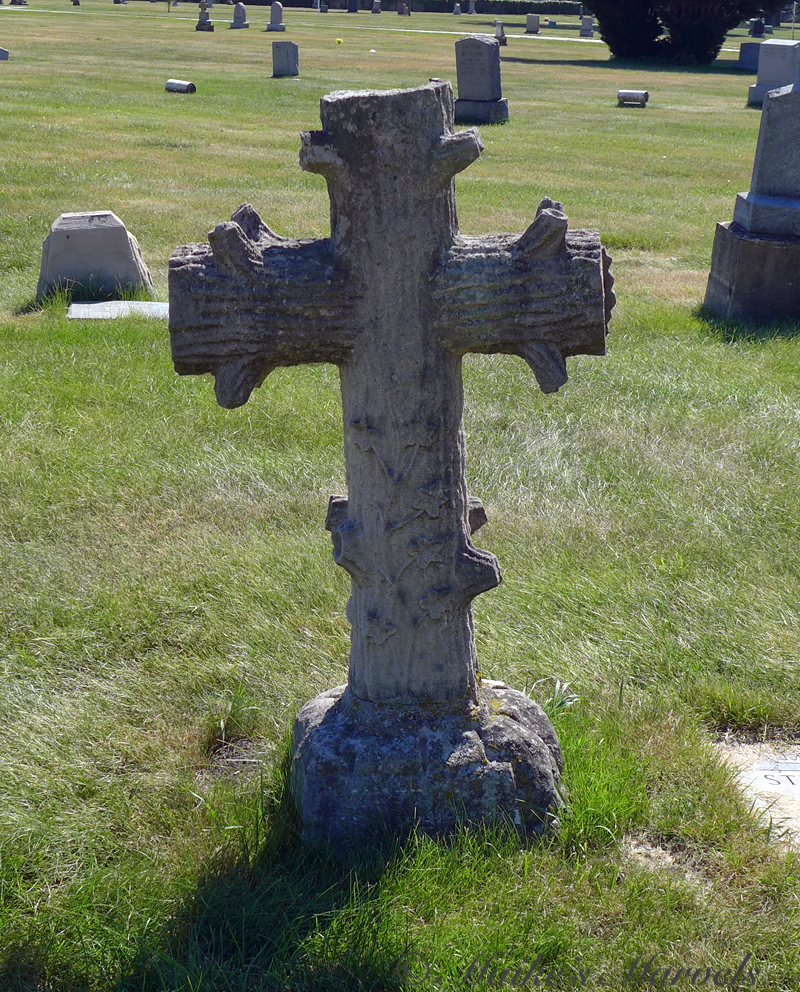 There are numerous Irish Crosses with a variety of symbols. The “$” Struck me, but it actually is a monogram for IHS. 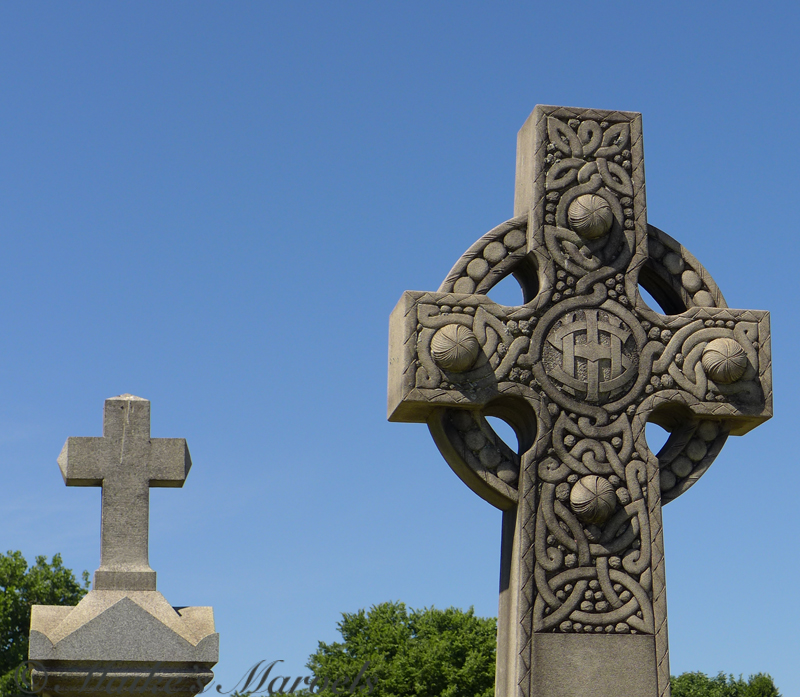 As a Catholic cemetery, Christian statuary was easy to spot. 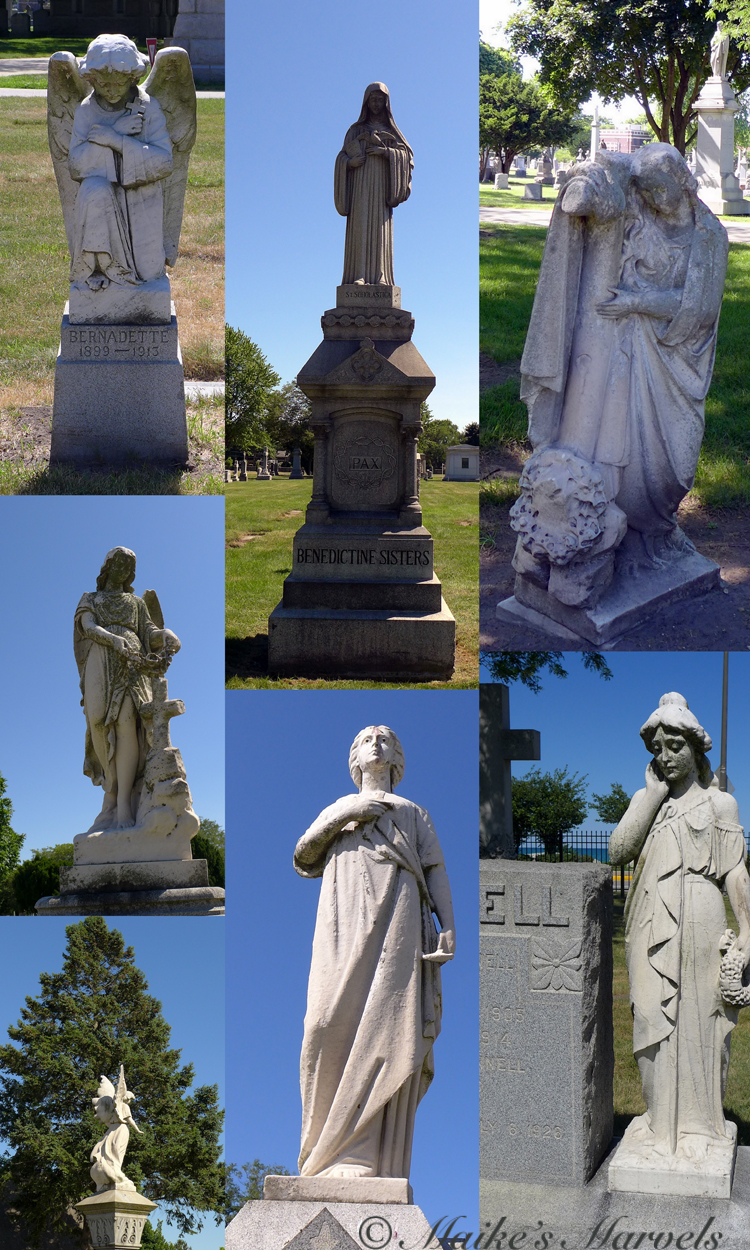 I irreverently chuckled at how preachy the deceased might have been in real life. 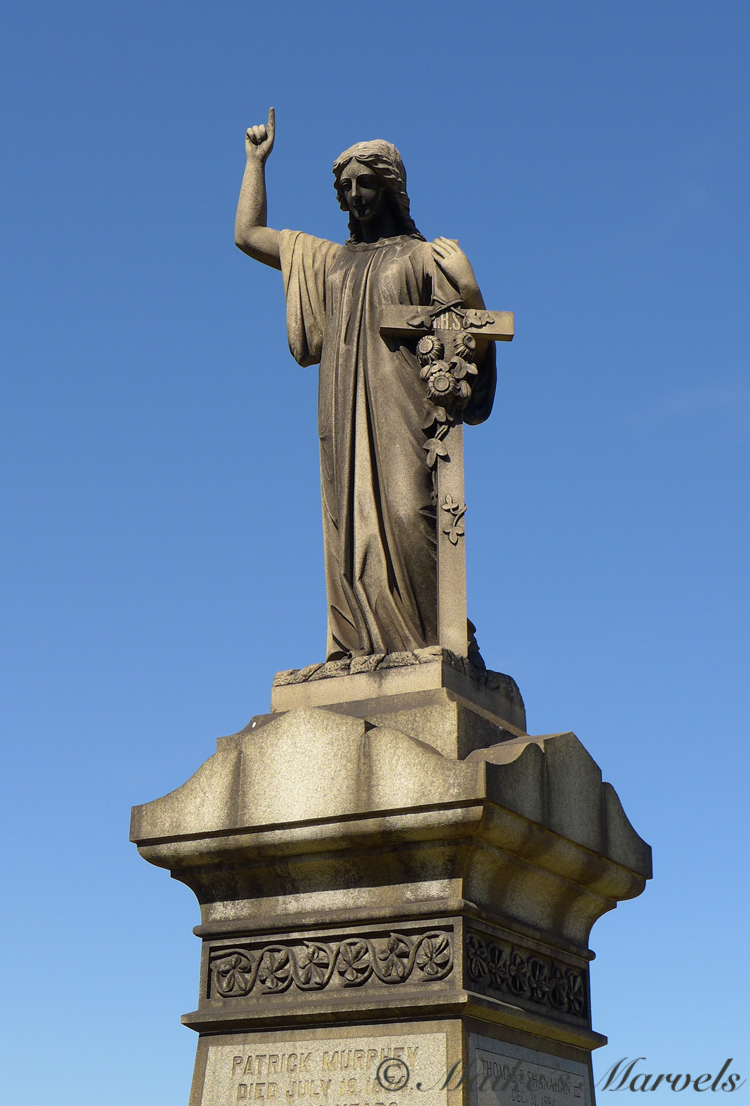 I had an X-files chuckle here. 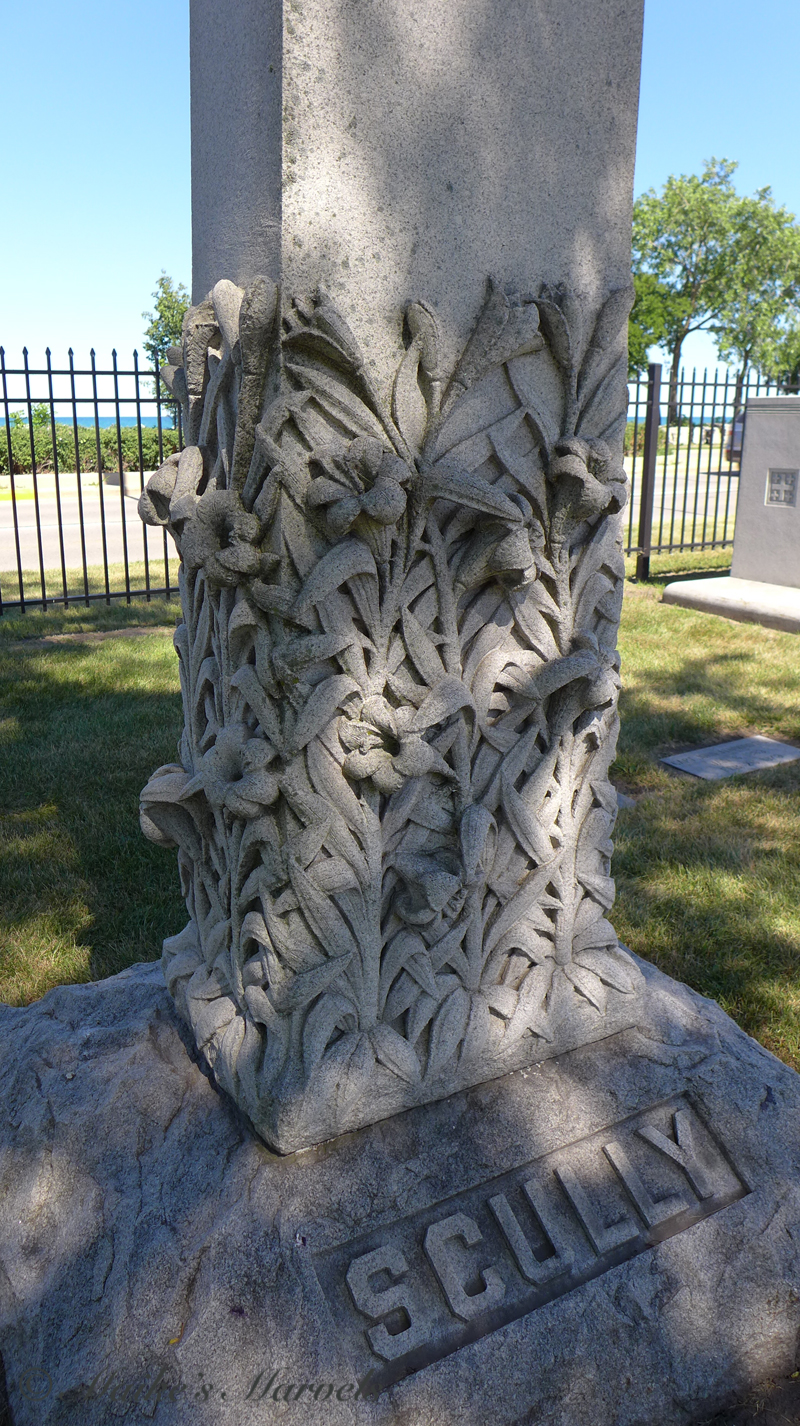 Ecce Homo doesn’t mean what I thought it meant. 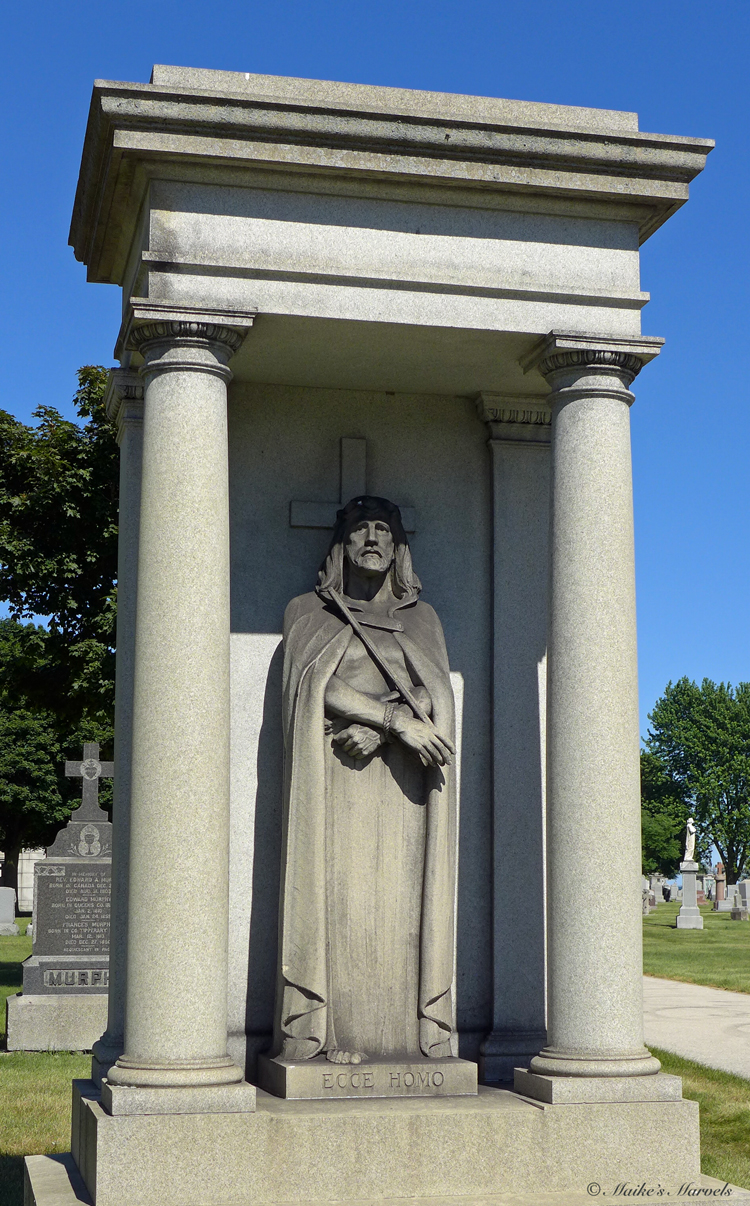 This one struck me on such a crisp day. It was definitely a walk of mixed emotions. 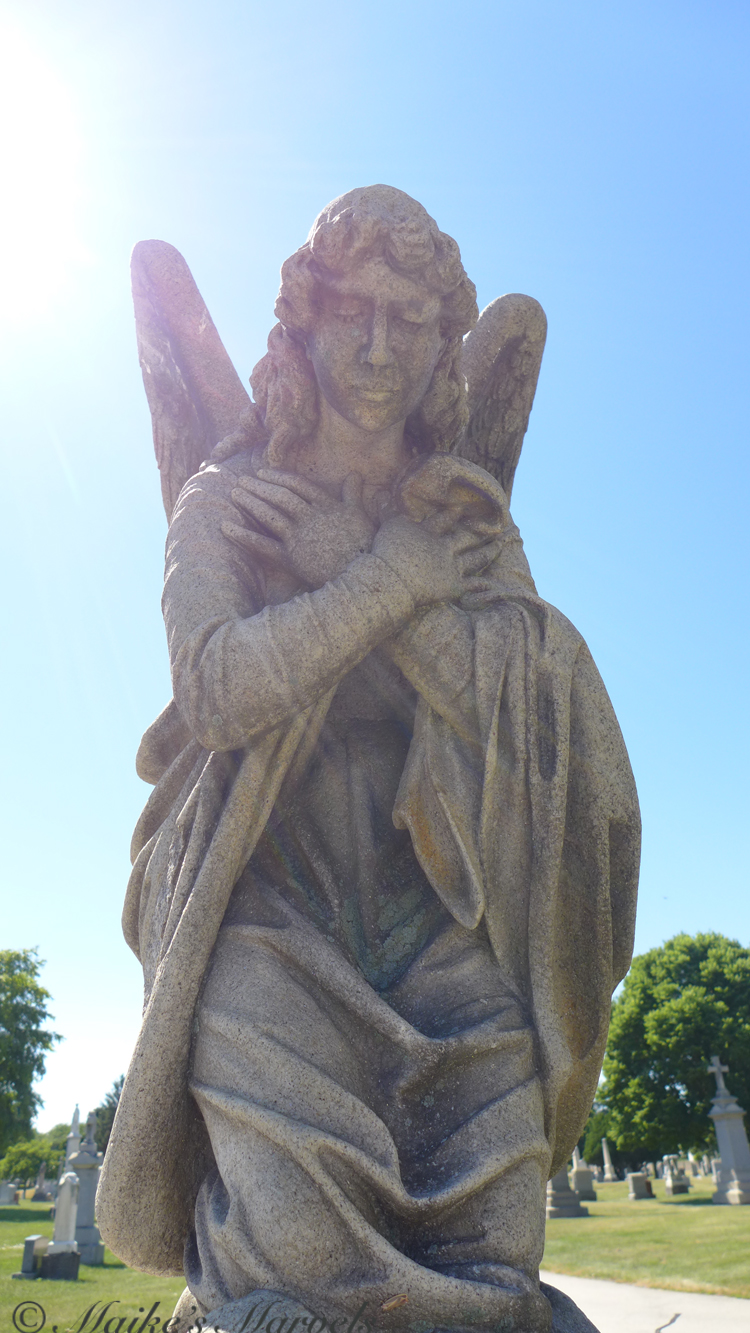 Not all sculptures were old. I wondered at the artists behind these creations. 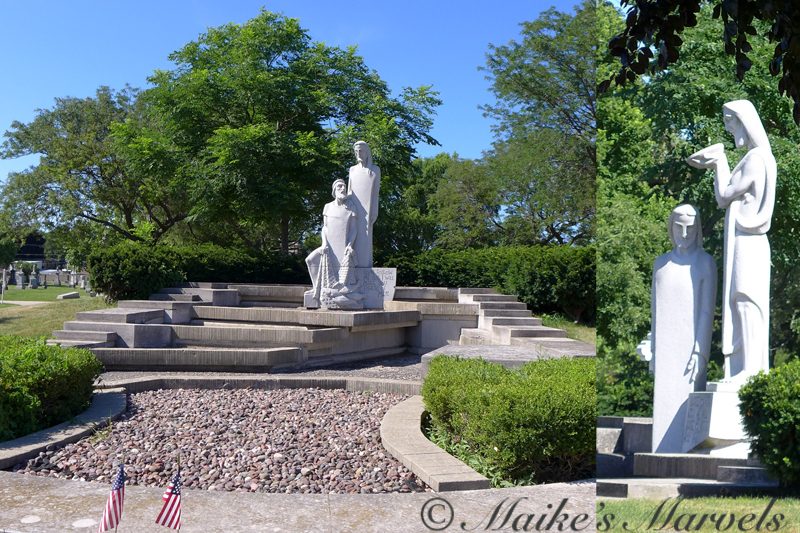 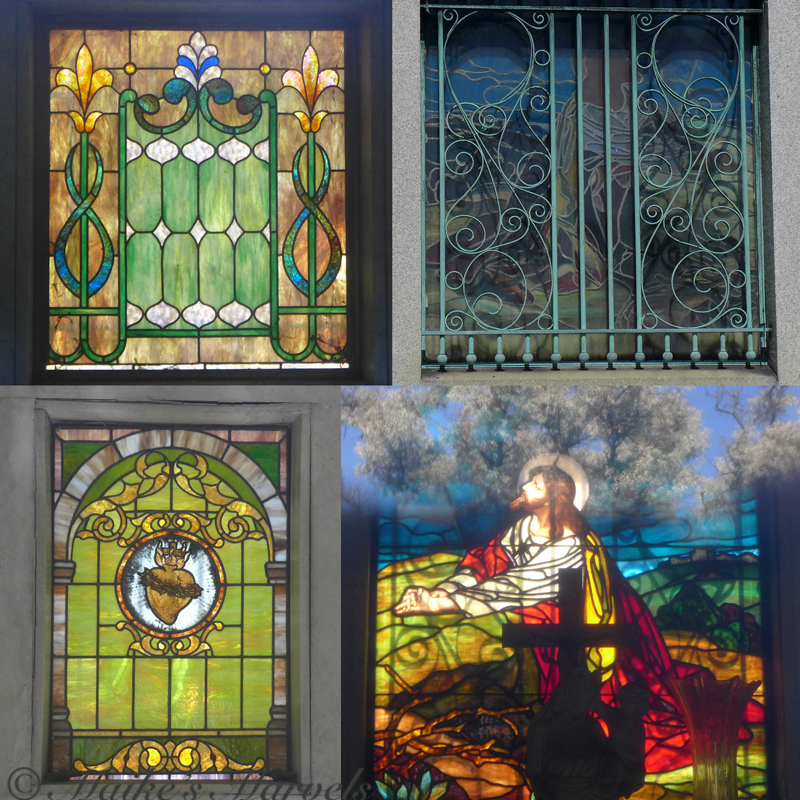 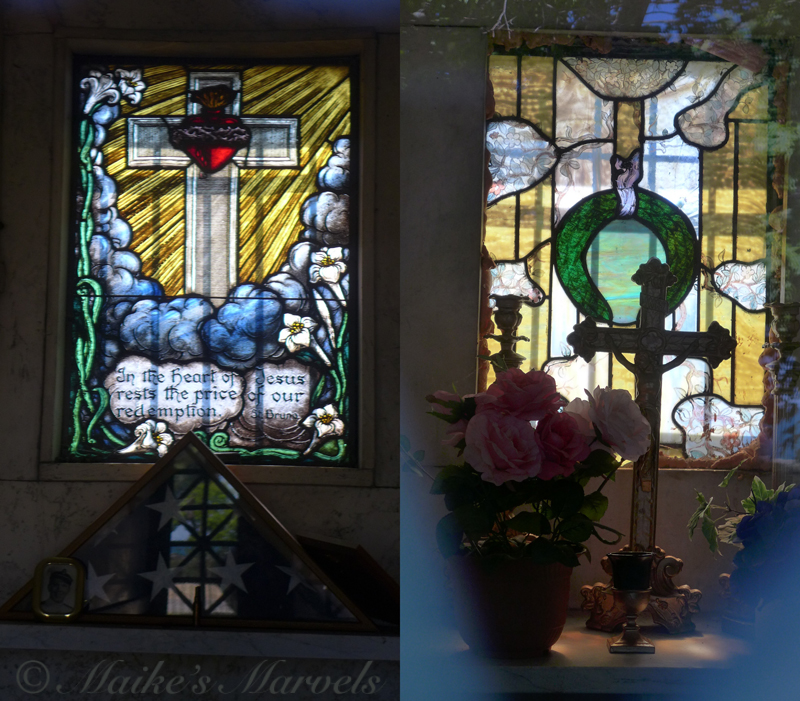 Stained Glass is so fascinating. 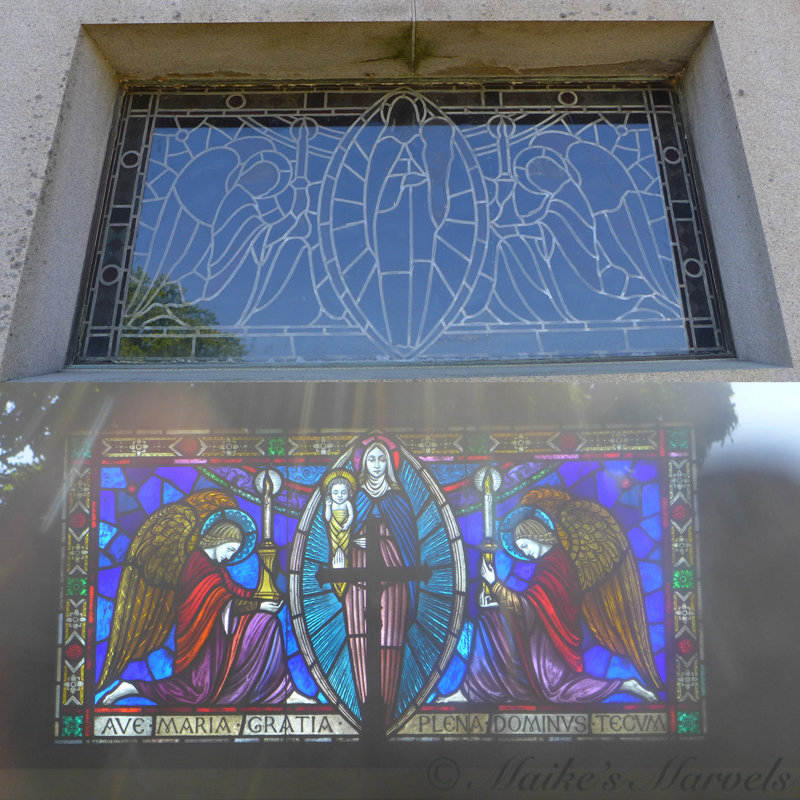 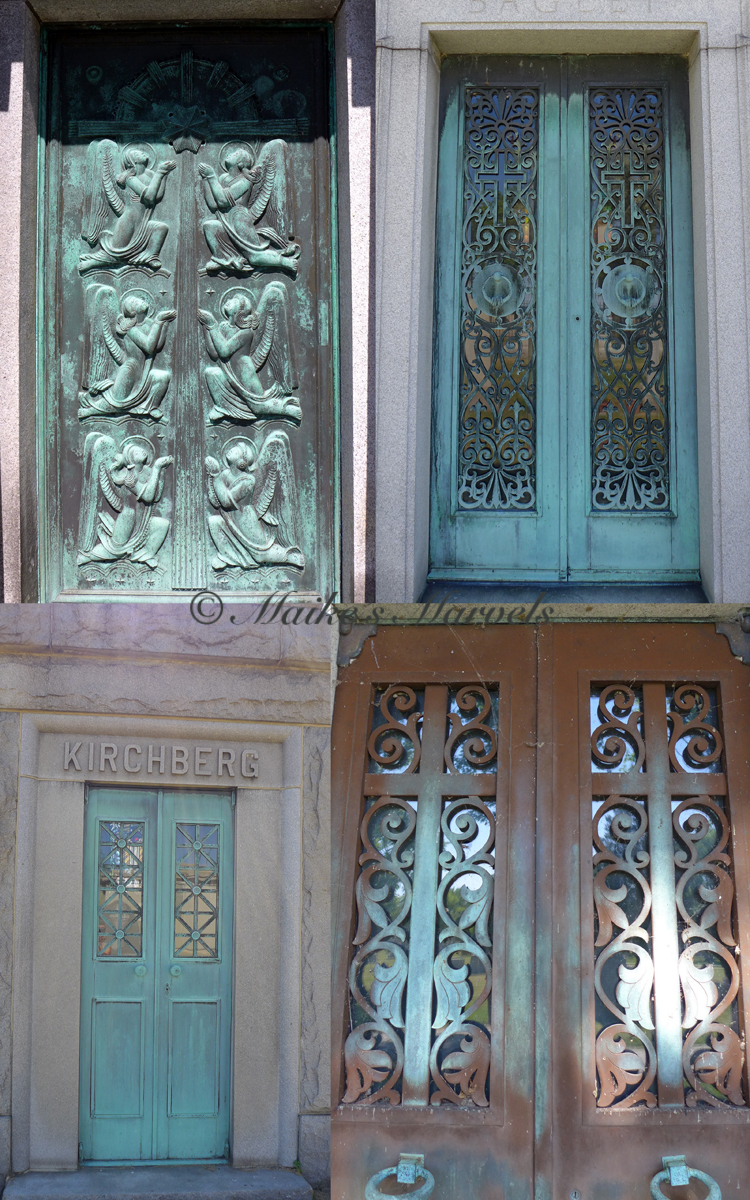 Even Moths find a posh resting place here. I also saw a bunny and a raccoon scurry around the graveyard. 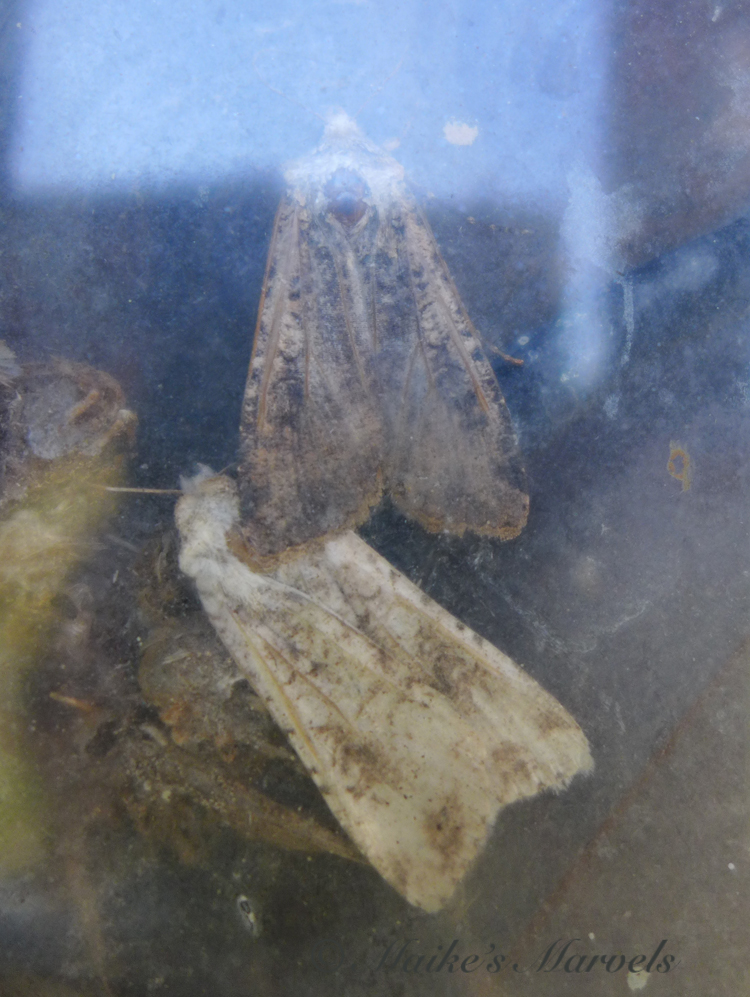 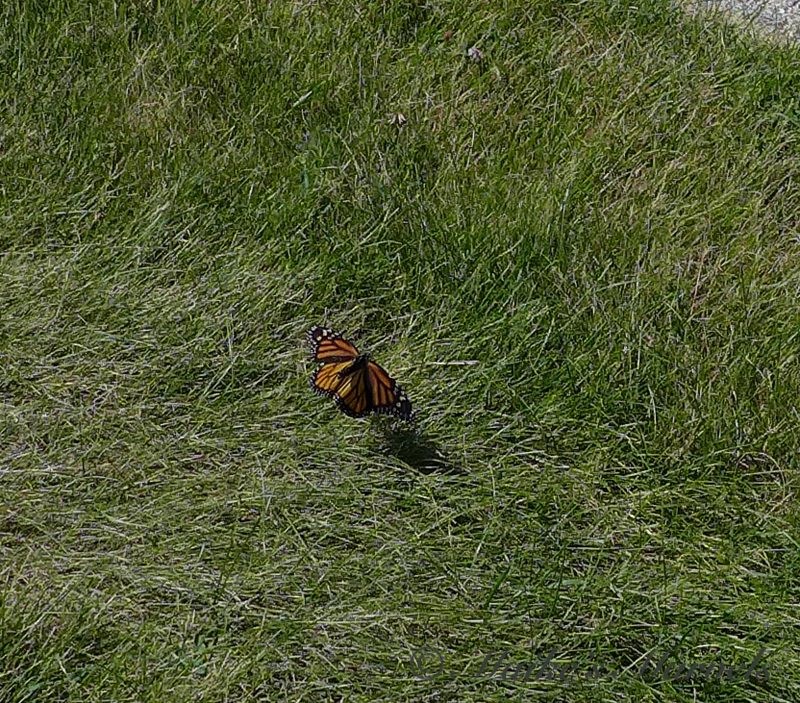 I came upon the Comiskey Tomb, one of many famed names buried here. 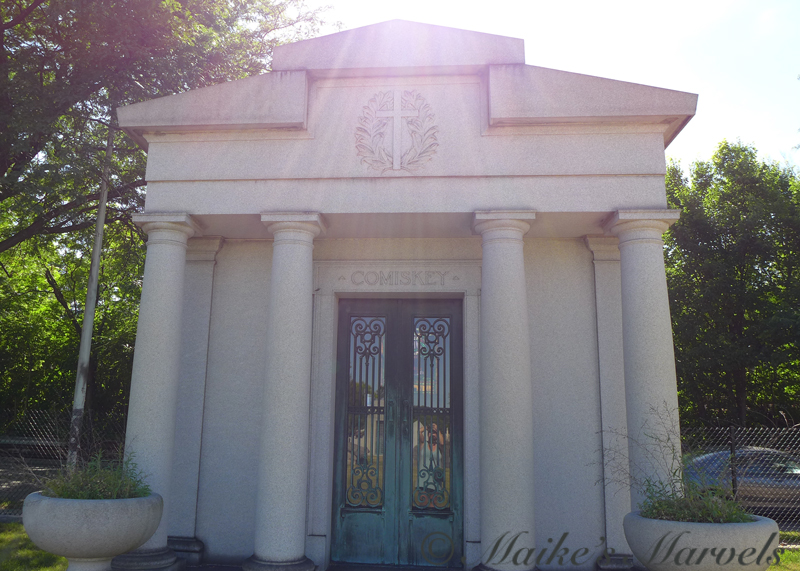 As I wondered if it was THE Comiskey of Comiskey Park, I spotted this baseball card. 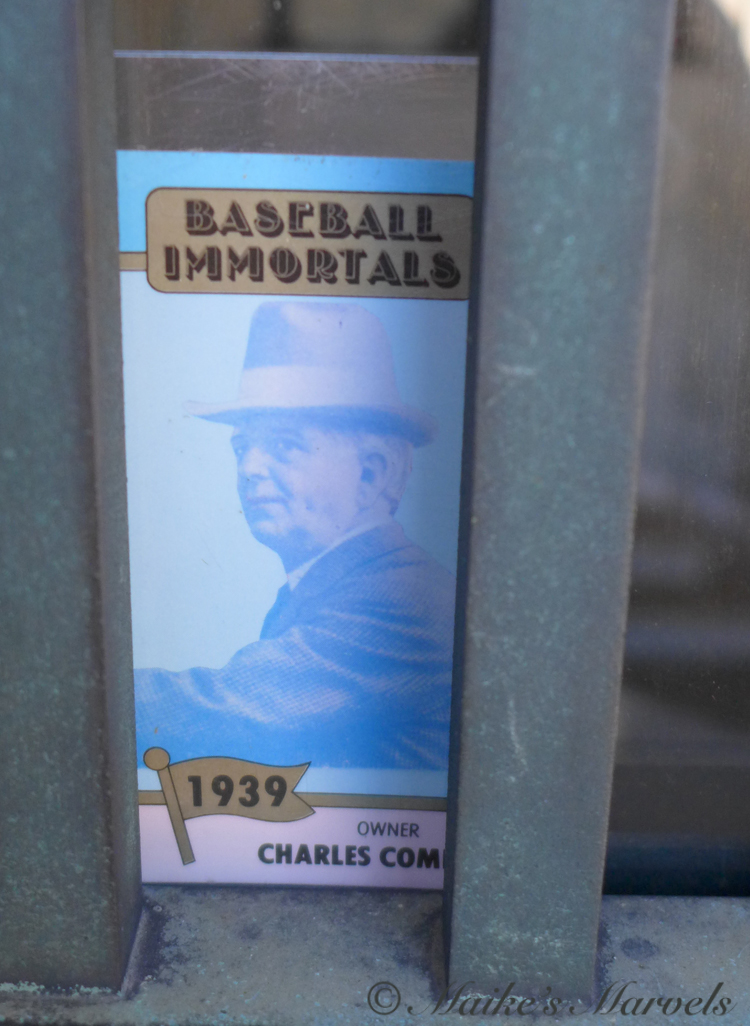 The variety of monuments had me pondering the ritual of burial and what these sculptures mean to the families and the deceased. 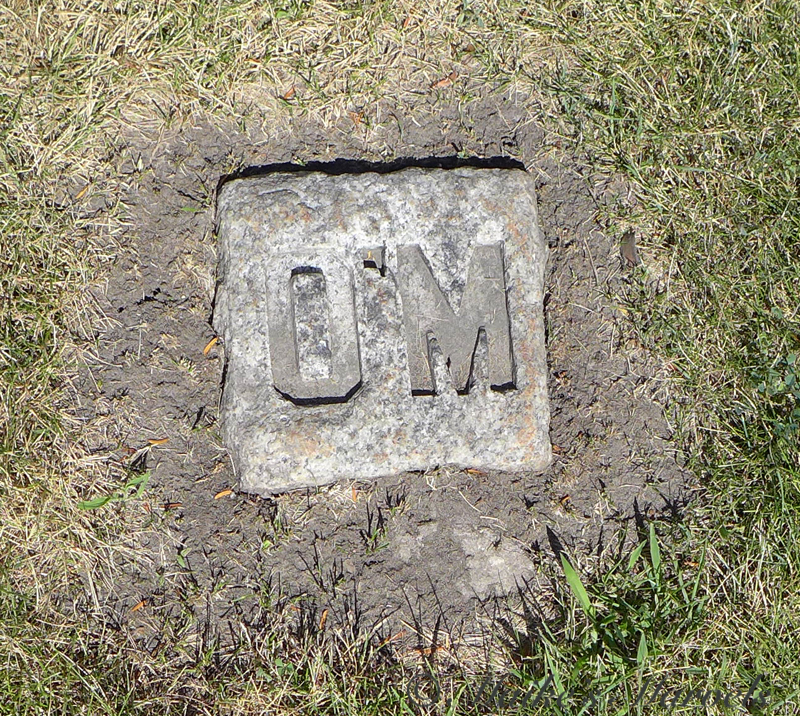 I have unorthodox ideas about my final resting place, but know the symbolism and meaning associated with remembering the dead are steeped in tradition and spirituality. 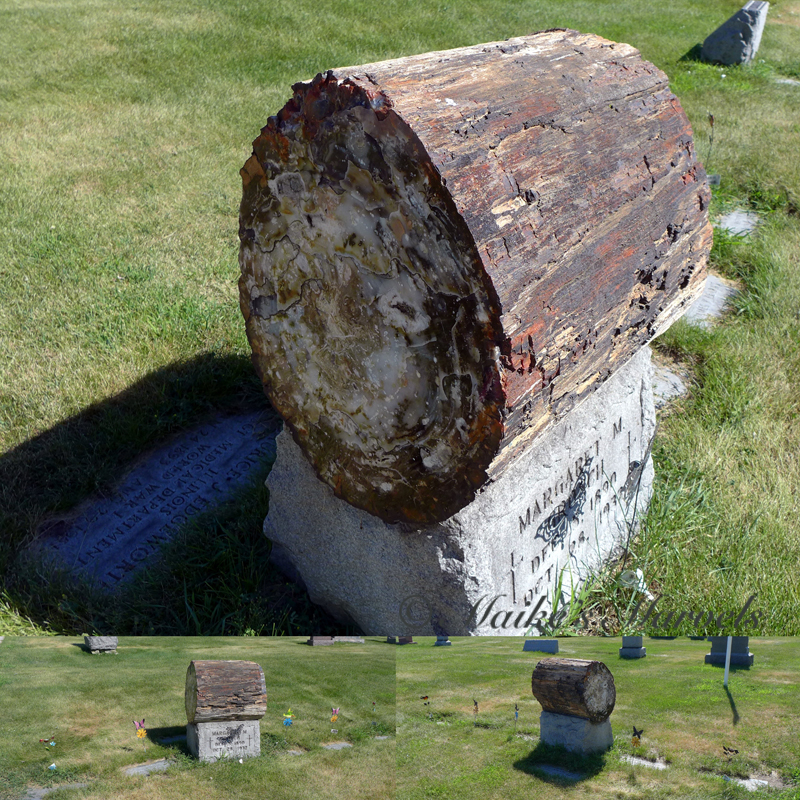 The Field Museum has an exhibit on mummies that examines how mummification changed over time and across continents. 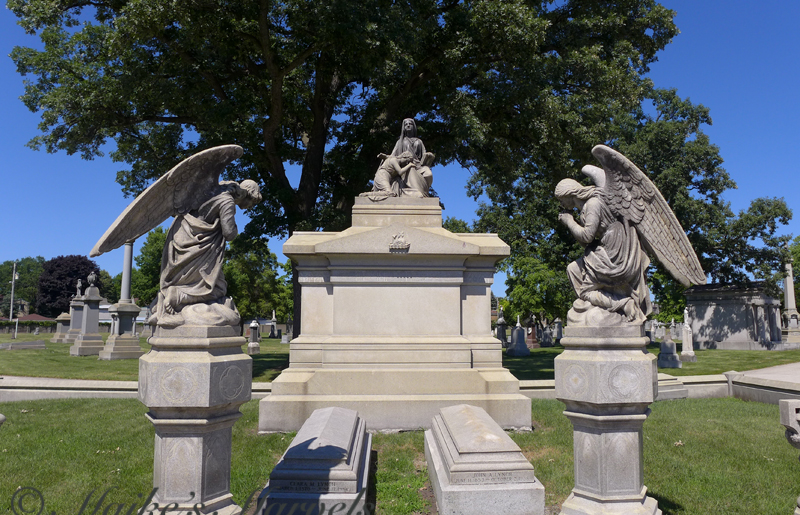 Who maintains the Mausuleums when the family branch has moved on? 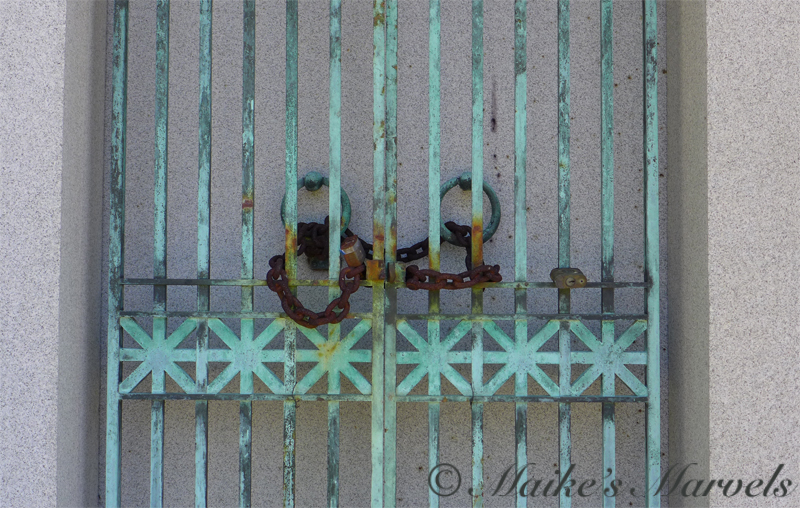 I tried to walk ‘around’ graves as much as I could, but it was difficult to tell where one grave ended and another began with no clear markers beyond headstones.

I remember the apartment complex going up, and at that time felt weird about people wanting to live near this spiritual vortex, but decades later it doesn’t seem to have creepy energy to me. 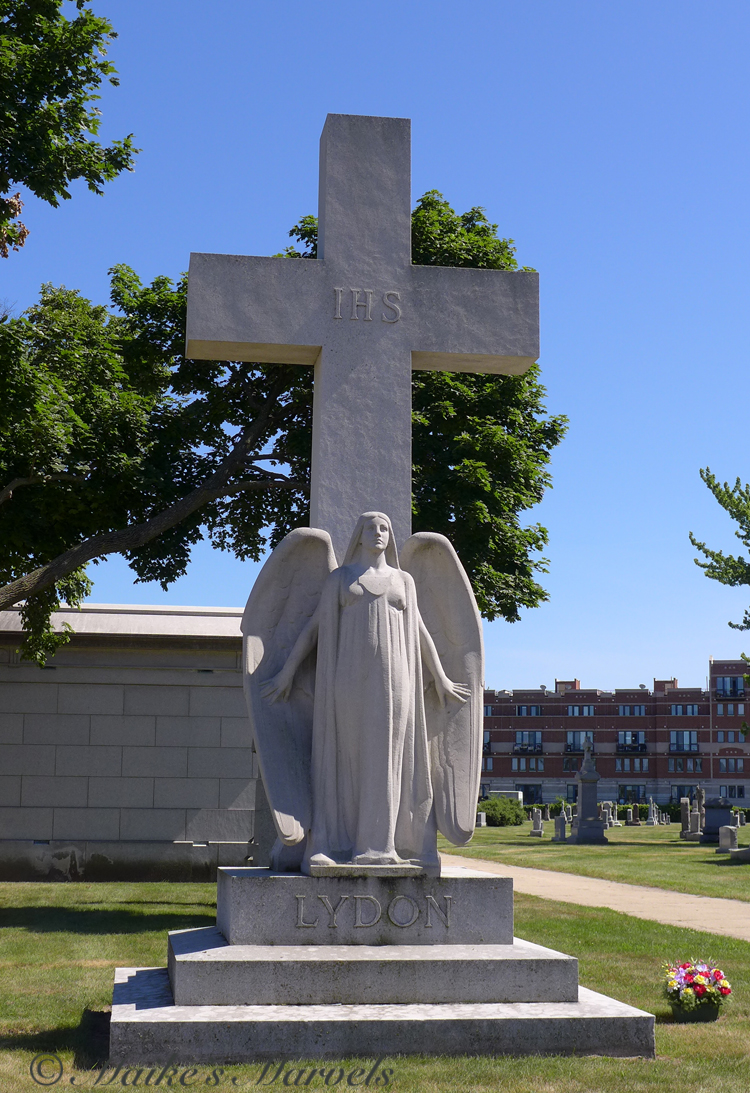 Having your final resting place near the lake is lovely though.

It was a hot summer day, and the tree disease took most of the shade from this lovely park, but nonetheless I spent 90 minutes strolling and looking. It may not have been a brisk walk, but it definitely worked toward my exercise goal. 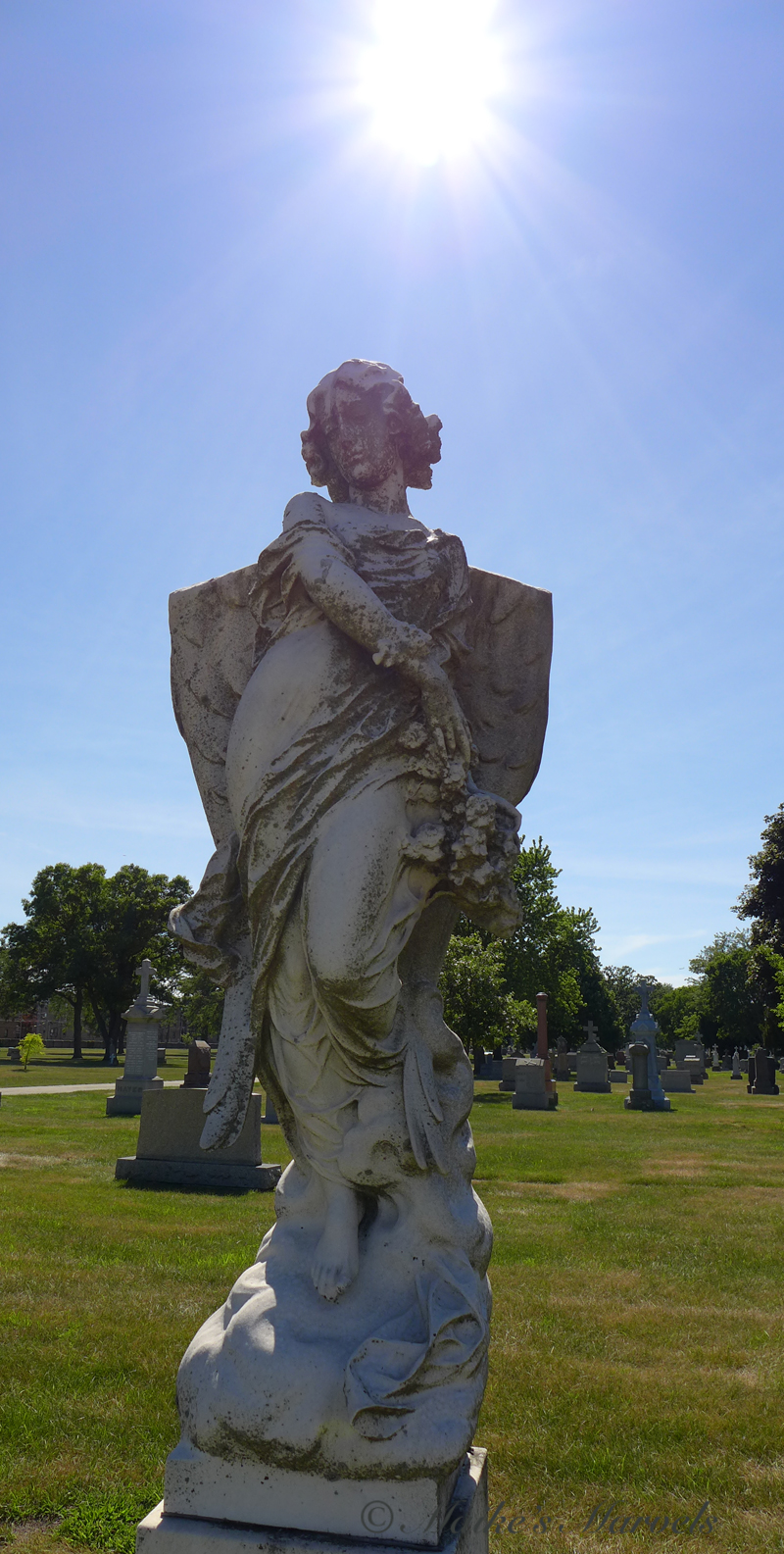 Now I need to put Rosehill Cemetery and Graceland on the list. 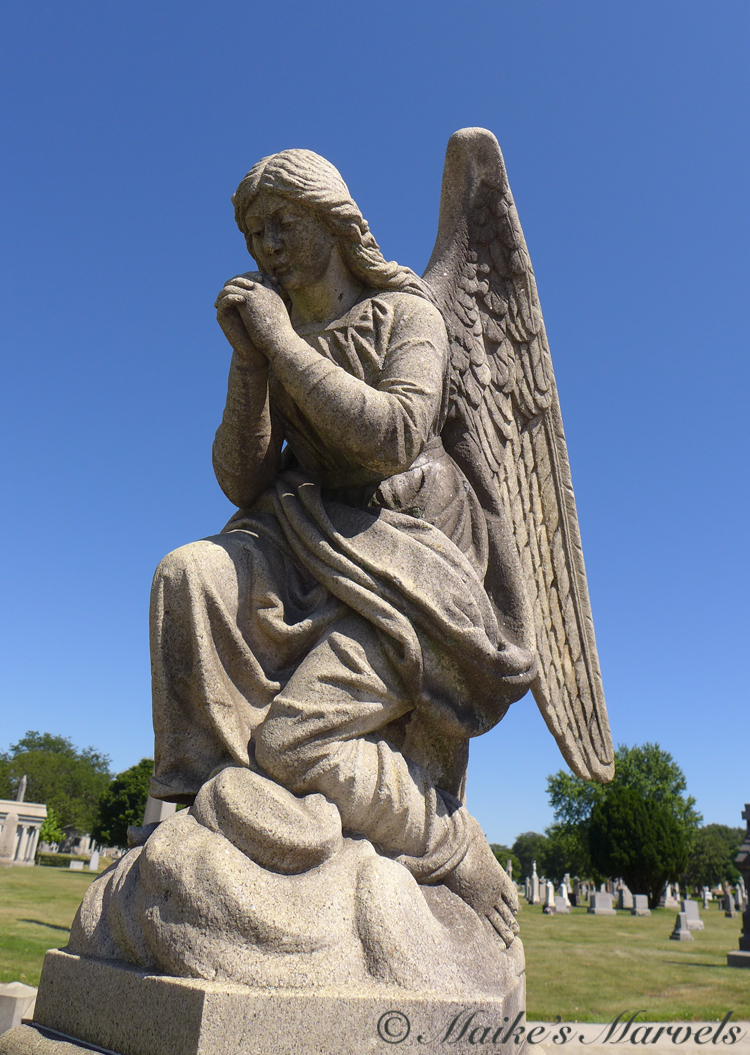