I made another trip to Geneva this week to pick up my dragonflies. They are in online exhibits right now but I hope that they will hang in some local exhibits this spring as well, so in anticipation of a â€˜yesâ€™, I need to have them close to me. 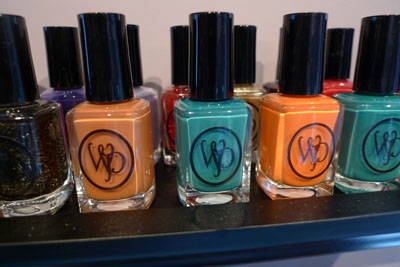 I picked Wednesday to combine it with WINâ€™s Suburban Spa & Cupcakes. TheÂ Womenâ€™s Innovation NetworkÂ not only rotates business networking events around the Chicago loop, but also in various Chicagoland suburbs on a monthly basis. 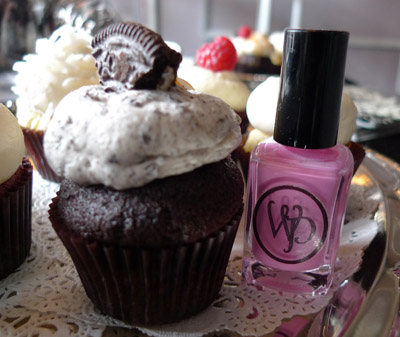 The event was held at Well Polished in Geneva this month. Â The spa opened in March 2012 and offers manicure and pedicure services. As of its one-year anniversary in a few weeks, the unisex boutique will also offer blow-out services so your hair can match the fancy nails for your next big event. 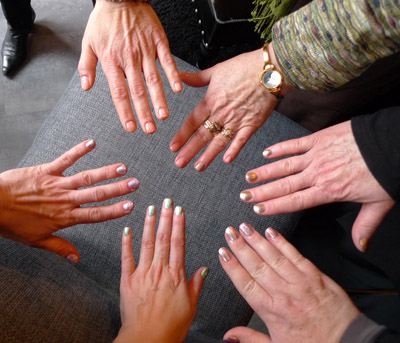 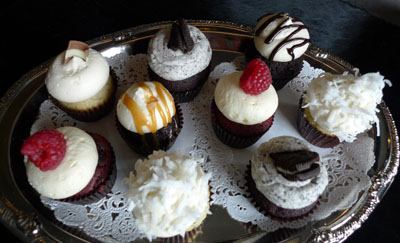 It was lovely to gather among like-minded ladies, including the owners of Geneva-based Well Polished, The Sugar Path, Peaceful Parlour, Going To My Happy Place, and a suburban-basedÂ healthcare consultant, a lawyer, and a greeting card provider. 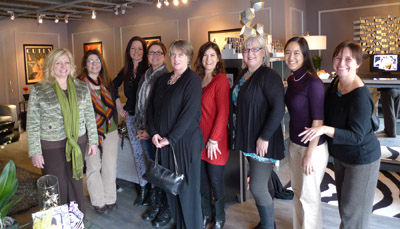 Everyone received a complimentary manicure with a dash of glitter. 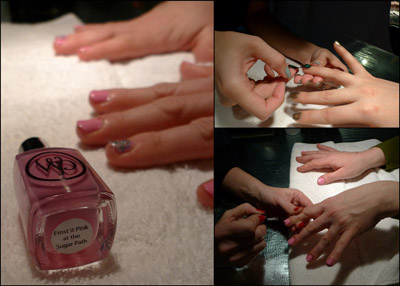 Shari of Peaceful Parlour modeled a beautiful purse made from seatbelts. Sheâ€™s getting additional purses from other recycled materials in by the end of the month.

We got to share in owner Meganâ€™s joy when she saw that Well Polished just got named West Suburban Living Magazine’s Best of the West. An honor well-deserved, as this isnâ€™t the average nail spa. I scheduled mani-pedi prior to the WIN event, and my hands and feet were quite pampered. I didnâ€™t realize this lovely seating arrangement was the actual pedicure location. 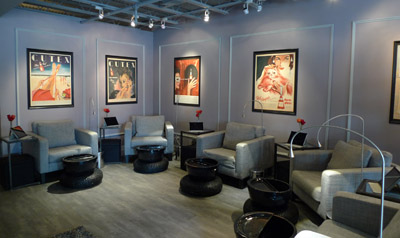 My feet enjoyed the loving rose petal soak and the restorative care they received. 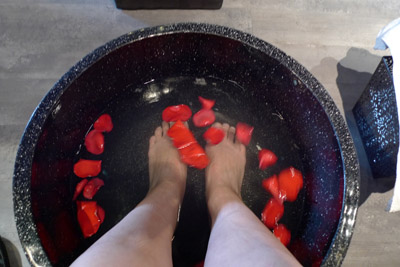 After the power-hour was over, I joined Michelle on her way back to The Sugar Path for my six-pack, their delicious Dragonâ€™s Milk cupcakes, which I shared with my Dragonâ€™s Milk loving friends later on. 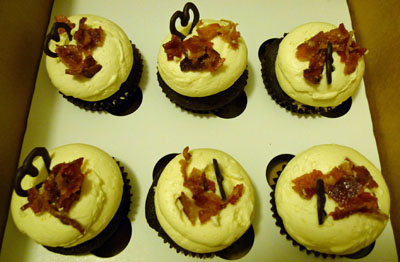 The Sugar Path still has most of my butterfly collages available for sale. Currently my Malachites and the Migrating Monarchs are on display, and Migrant Danaus, Fluttering Papilio and Kedzieâ€™s Red Admirals are hibernating there as well. 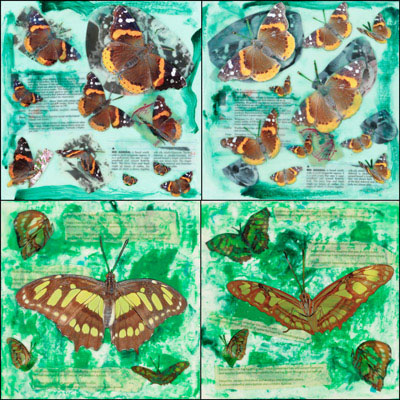 Iâ€™m looking forward to their next Girlsâ€™ Night Out in April. 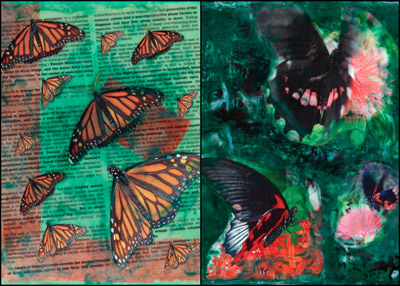 Prior to the pampering and networking, I brunched at Grahamâ€™s 318, which has a delicious sipping chocolate. As I noshed on my sandwich, I noted to try their chocolate fondue next time, which two ladies were enjoying.Â Grahamâ€™s has a snow sculptor â€˜in residenceâ€™, who had created this St. Patrickâ€™s Day sculpture with Tuesdayâ€™s snowfall. 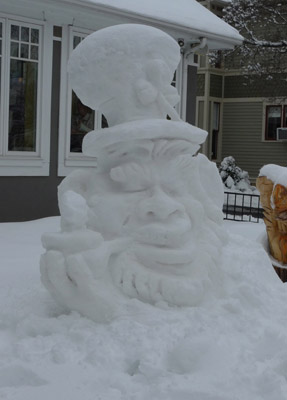 On my way back to the train, a rabbit was added. Might as well get Easter in with this crazy mixture of seasons. 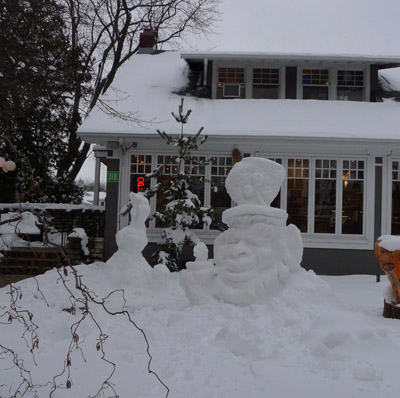 It was a lovely day blending pampering with connecting and transacting. Weâ€™ll see how long the manicure lasts after I head back into the studio this weekend. 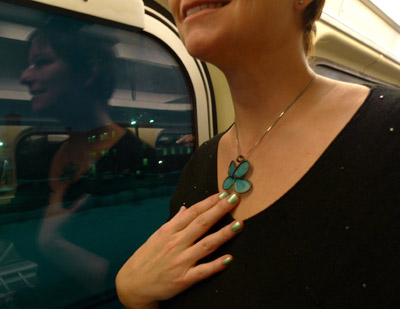 ADDENDUM: Â As of March 10, 2013, I no longer support the WIN Board and its actions. However, I do support small business, women-owned businesses, and the gracious hosts of past WIN events.