Believe it or not, I incorporate lyrics of holiday tunes that grate on me, because I know they are popular. 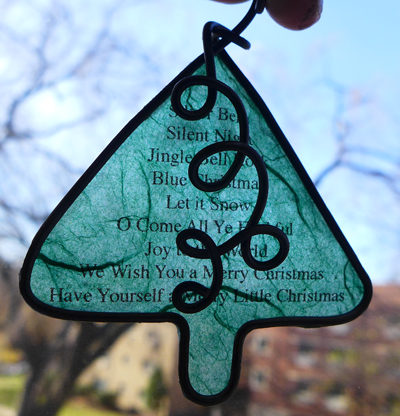 We can’t get around Feliz Navidad during the holiday season. I enjoyed it the first time I heard it, but now it seems to be everywhere. 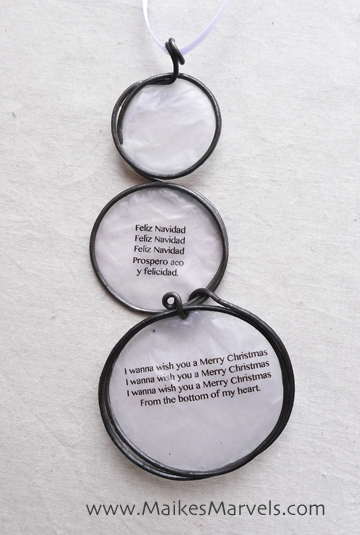 My younger brother is an established drummer in the Netherlands, so when I made his ornament last year Little Drummer Boy was appropriate. 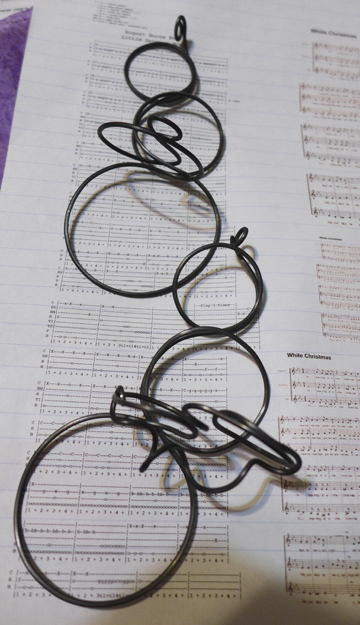 I looked for a metal version and found a score by August Burns Red. 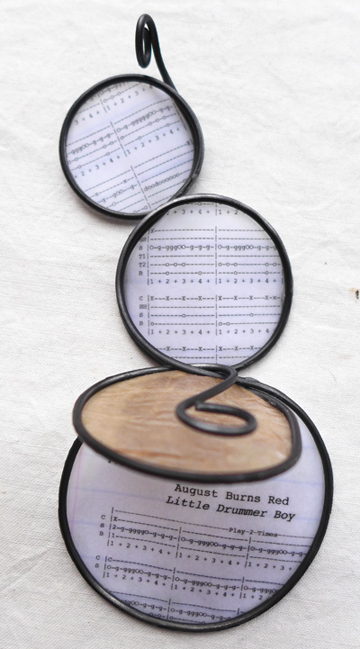 They’re an interesting band, and I like the rendition more than other covers. 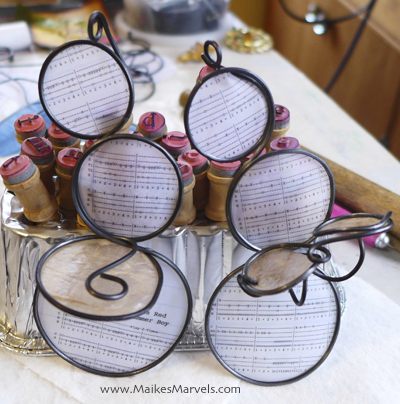 It’s grown on me now, but Johann Sebastian Bach’s Weihnachts Oratorium was overplayed at home when I was a child. 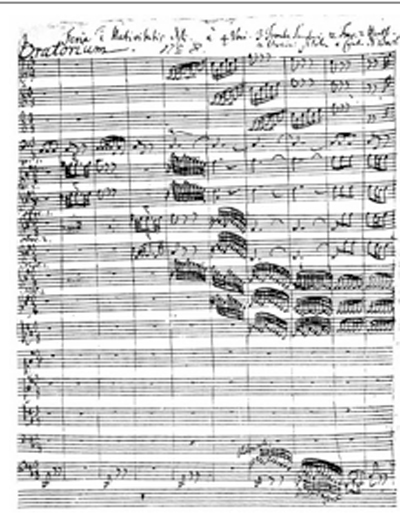 Still, with early music aficionados in the family, this one became an angel as well. 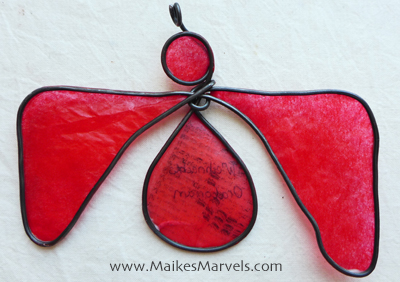 When I make Christmas song ornaments the music is in my head the whole time. 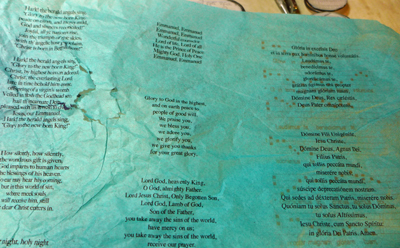 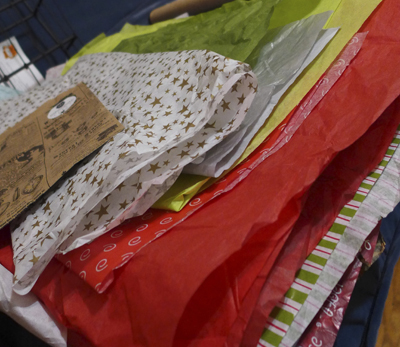 So you’ll definitely be able to tell the favorites from the less favorite tunes by the amount of ornaments I have with each carol. 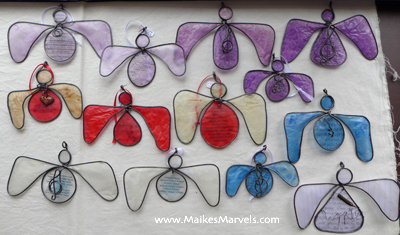 It’s a good thing I don’t get tired of Frosty the Snowman or White Christmas.

I used to buy a new holiday album every year, but I skipped it last year. 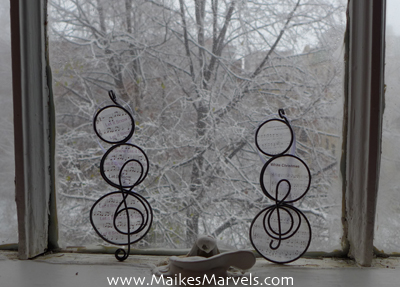 I’ll have to see if a soundtrack or artist captivates me with their renditions. 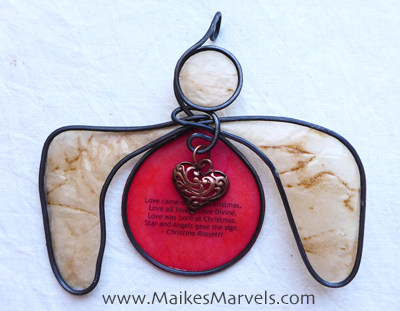 What holiday songs do you wish we didn’t have to listen to all the time this season? (My face with the Chipmunks below). 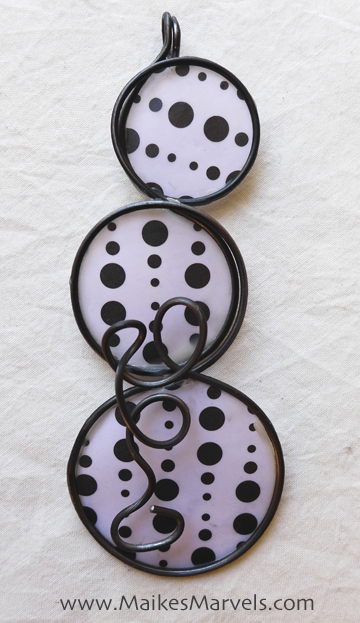