I definitely have disaster fatigue, and I am only marginally affected. When Hurricane Harvey hit Houston I was tense waiting for updates from my family as the rains fell. 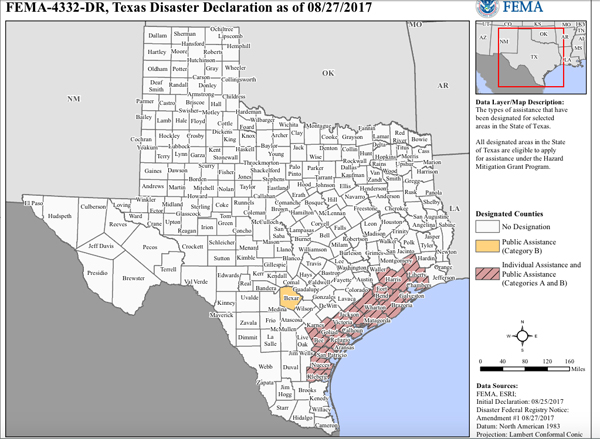 On August 28 I felt guilty for the lovely weather and listening to life-as-usual conversations. Meanwhile, friends and family were watching water rise into their neighborhoods. Facebook after Facebook update showed me the breadth of this disaster, with former high school classmates and families impacted greatly. 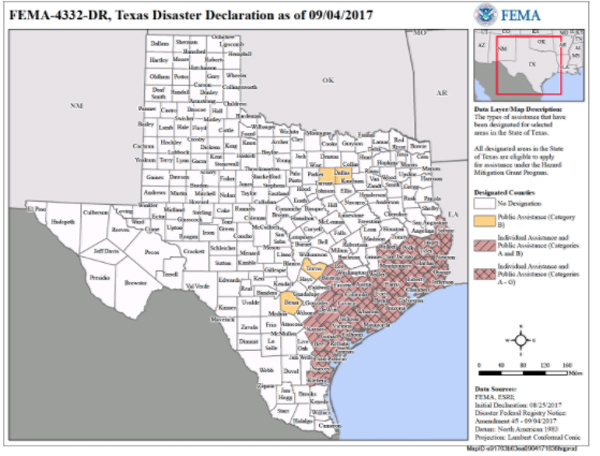 Each impending disaster piles on more of that stress. People want to help and try to find ways to donate, which then creates an avalanche of donation requests. 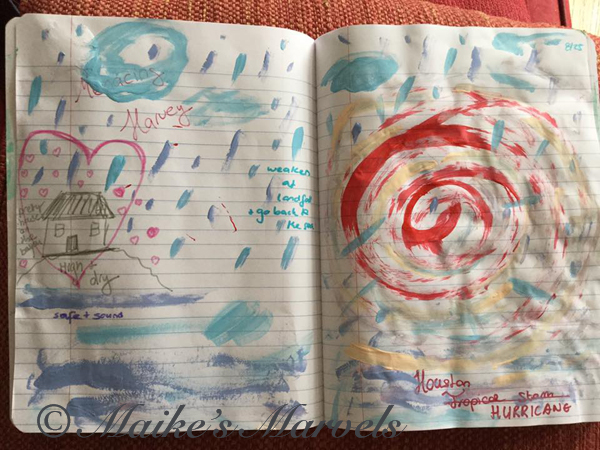 Then the criticism of aid organizations arises and whether the ones broadcast by the media are actually using the funds for good. 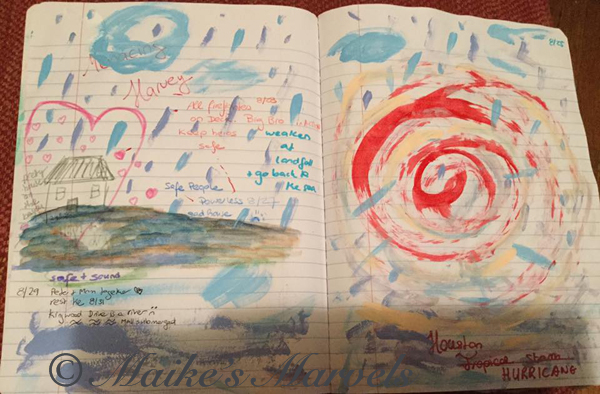 As the storm passes, opinions abound on what should have been done and which government agency got the disaster plan wrong. Polarization, greed, â€˜not my problemâ€™ reasoning piles up. Meanwhile, the aftermath of the storm is life changing for many, and coulda-woulda-shoulda does nothing to mitigate the damage. 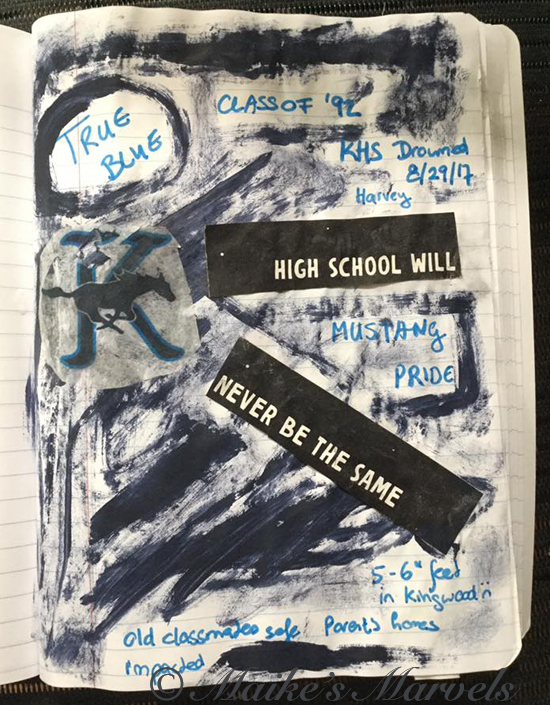 At the end of September, I flew out to physically help with my mom’s move to a new apartment. 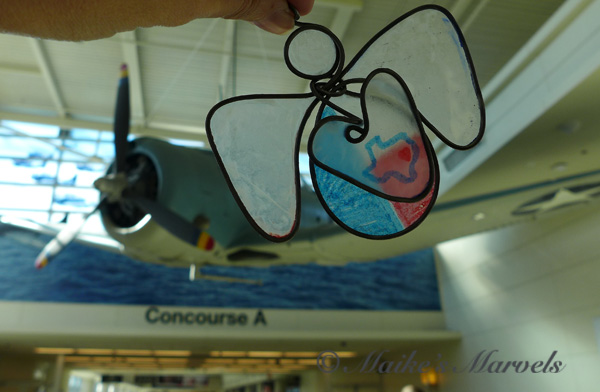 Even though she lived in a nice neighborhood, debris had not been picked up a full month after the storm. I was not prepared for the piles of personal belongings sitting on the curbs, swallowing up entire front yards. 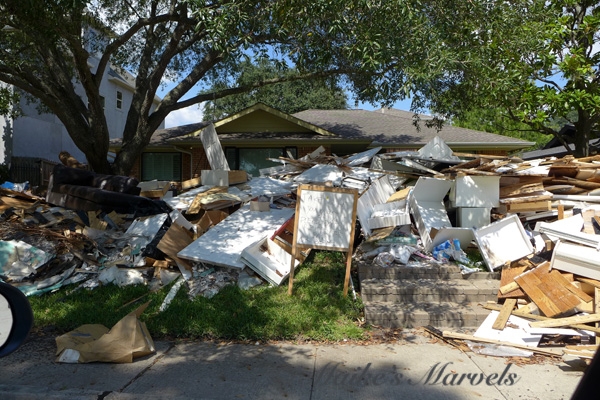 In the house (which got 30 inches of water), the smell of mold is pervasive. No a/c can fight it. Airing a house out in a humid tropical climate is virtually impossible. 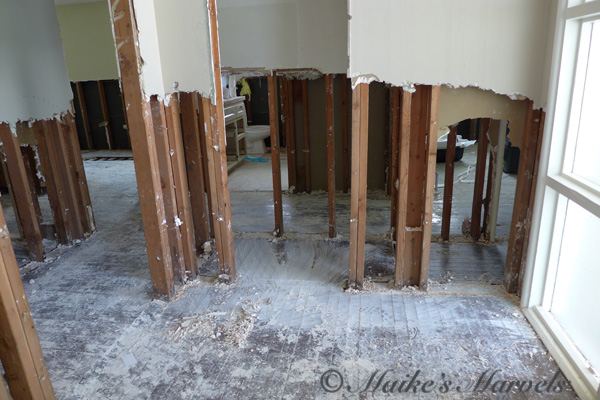 Various blocks of small business are closed. Banks have temporary ATMs set up in a tent on their parking lots. One street is full of debris, another a block away has no damage at all. 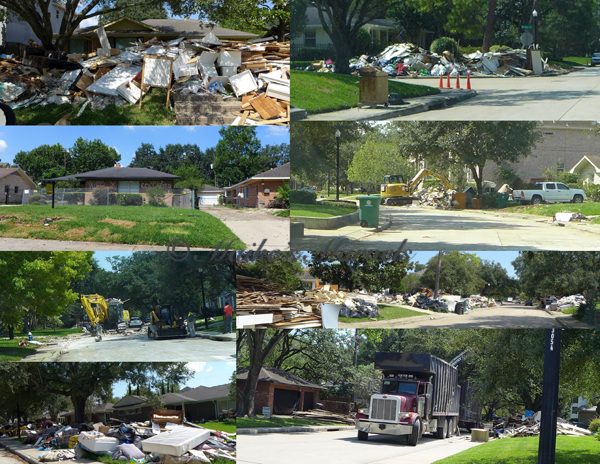 Greeting acquaintances is followed by exchanges of how each person fared in the storm. There is survivors guilt for those who had minimal damage. They refrain from saying much because others had it worse. Yet the grief still needs to be acknowledged. We can count blessings and cry at the same time. 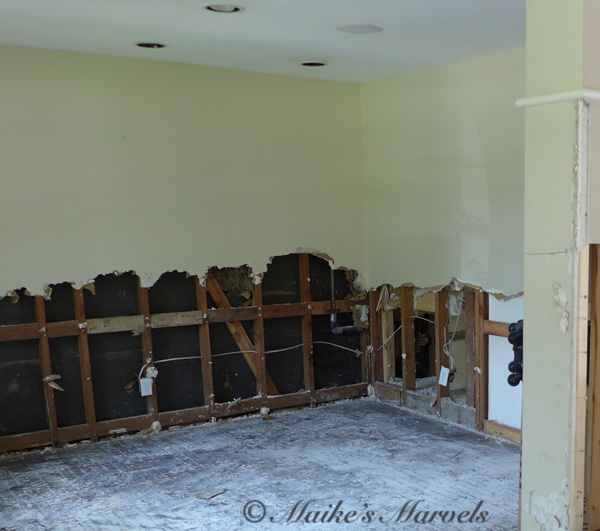 I helped mom with her flood insurance paper work. This involved going through the house mentally to fill in line items for each room. 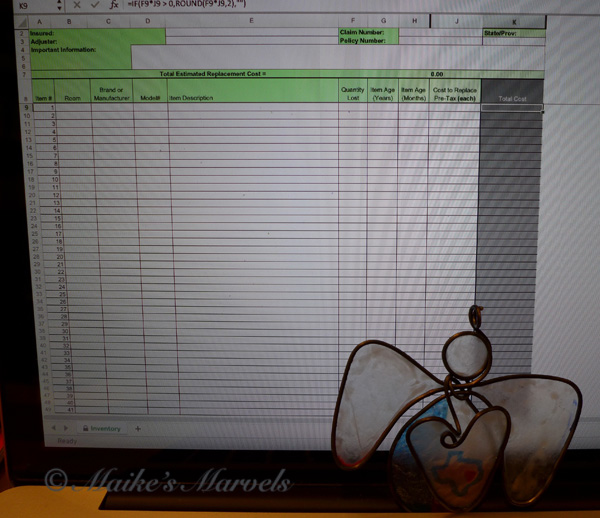 Thoughts were oscillating between big ticket items like furniture pieces to pantry contents to clothing to wondering if it is worth to put stationary and wrapping paper on the spreadsheet since in comparison that loss is not as large as others emotionally and financially. 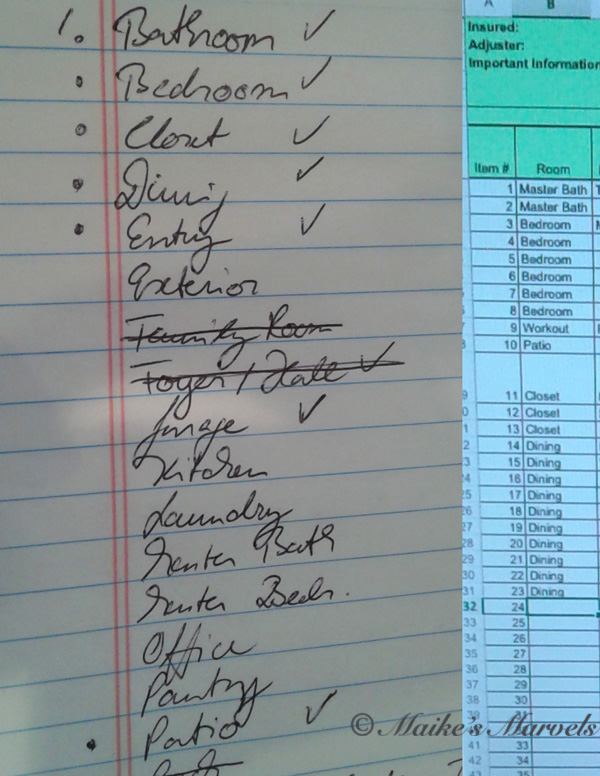 When the trash was picked up, Harvey left its imprint on the grass.

Debates about standing for the anthem seemed malapropos. And yet people also crave normalcy. They want to resume their running routine on a trail that has now been diverted due to flood damage. Life goes on, and yet life is so different. 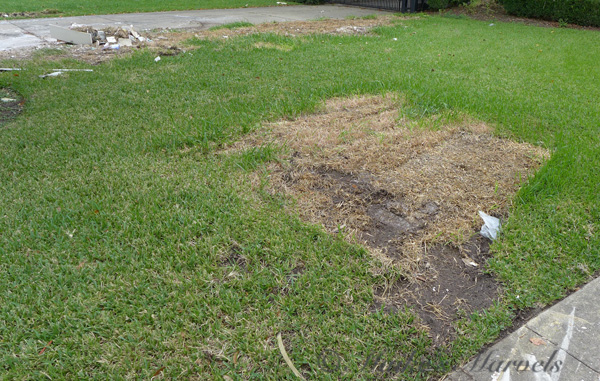 There is a lot to coordinate. People have short fuses trying to keep all the to-dos in their heads. Those standing by to help feel like disciplinarians. 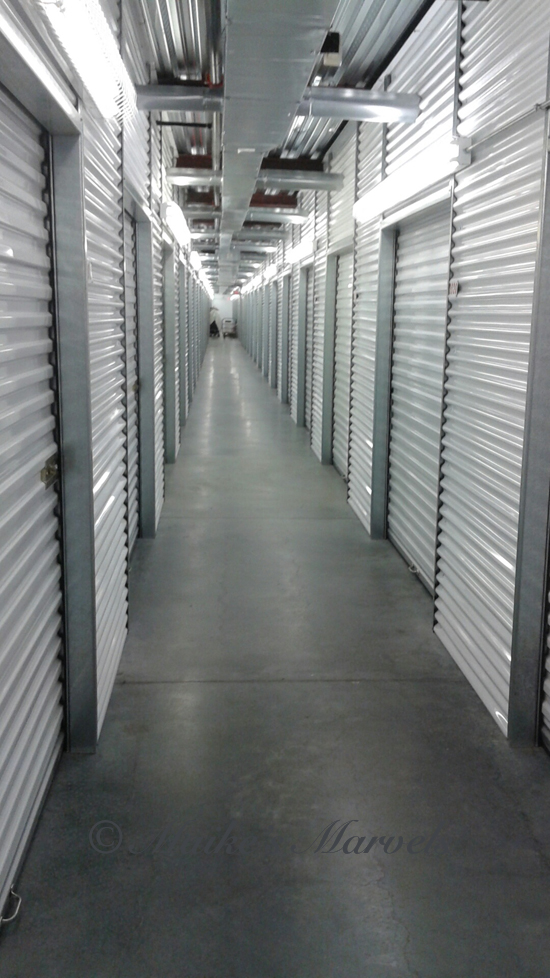 Involuntary purges of possessions lead to a reassessment of life, and for our family, we can see it as fresh start (and a little bit of humor helps with coping as well). 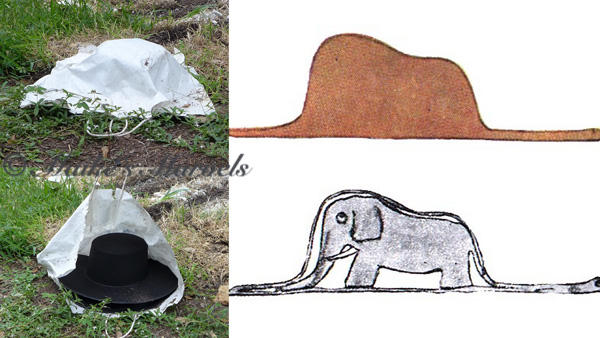 Houston is resilient and will come out of this. But many families are devastated. Not everyone can move on from this trauma the way my mom’s circle is able to. 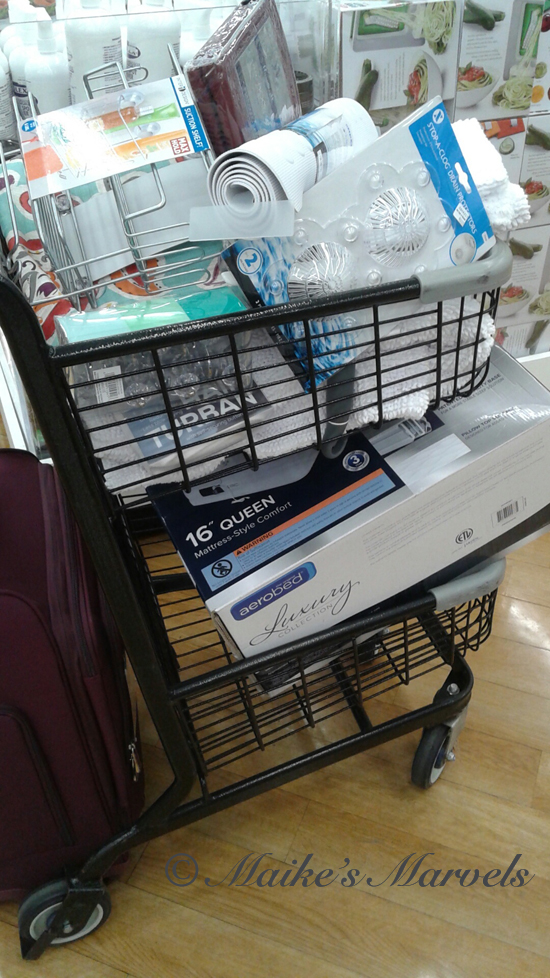 Houston understands storms, and to realize how long recovery is taking there makes me worry for the storms that came after.

For regions hit by Irma and Maria, the cleanup efforts are more difficult than what I saw in Houston. Wildfires are burning, earthquakes keep happening, tsunamis and volcanos pose threats. And then there is violence. Guns, beatings, brutality, emotional violence. 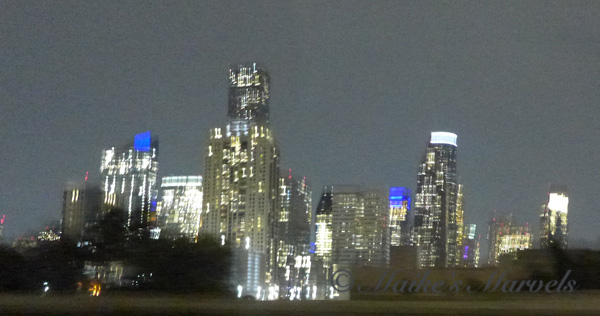 We are all broken. We are all grieving. We all have damage. 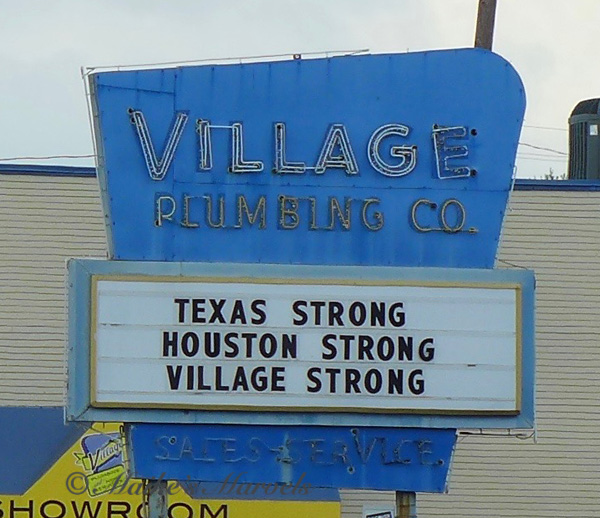 The comparison of damage, the bargaining about it, the valuing of one disaster over another, the bragging about donations are all irrelevant tracking devices. Disaster is disaster. The order of magnitude has no bearing. 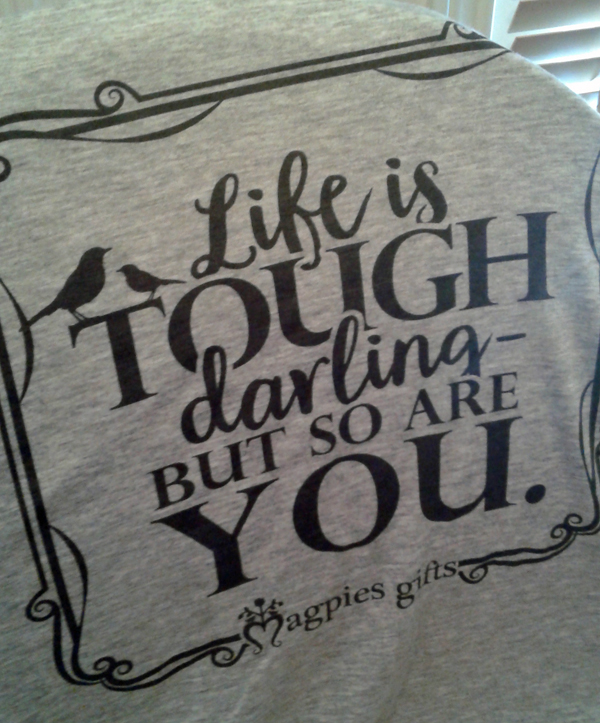 Comparing is ego-based. Giving, caring and listening is love-based. 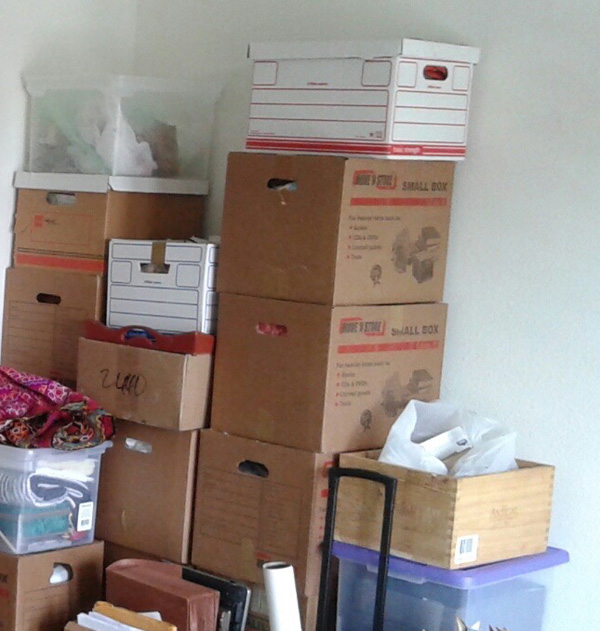 As another Harvey garners triggering news, I am going to take a break from the media and from reading #metoo statuses and reading about devastation. 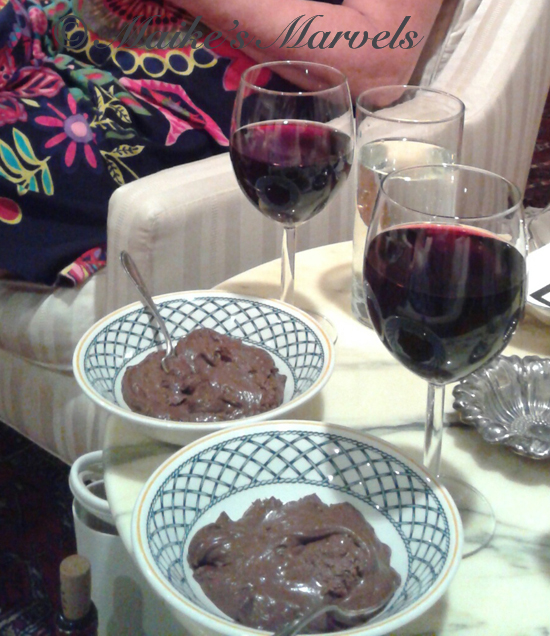 It is time for a bit of self-care before I launch into the holiday fair season, and to focus on my microcosm for a bit. The world will keep turning as I tend to those closest to me, and the activism and donating can be handled by others for a little while. 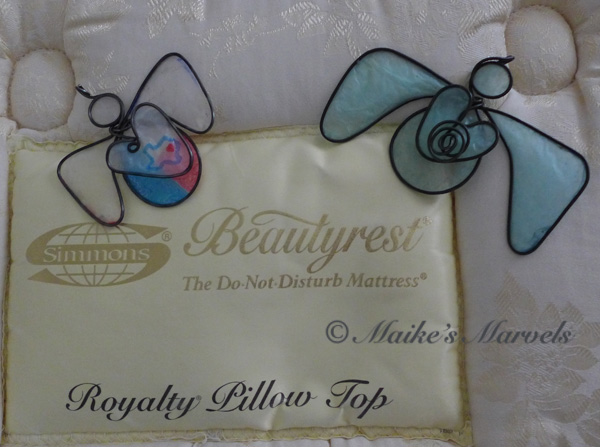 As the flight attendant reminded me on the plane home, I need to put on my own oxygen mask and take a deep breath before being able to help others out. 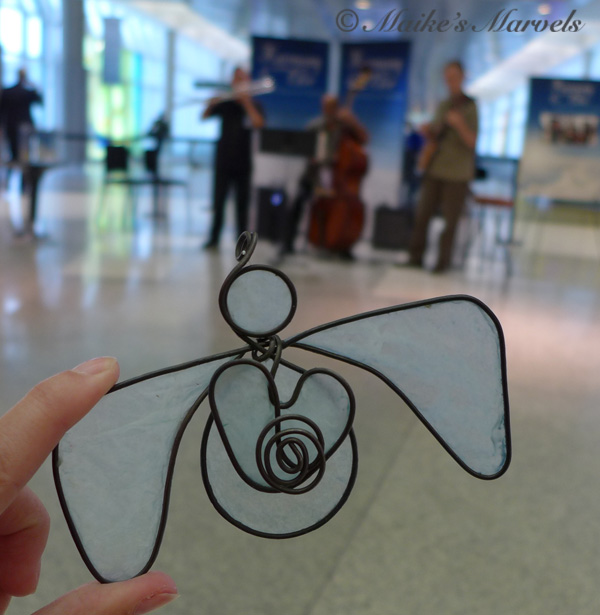 Ultimately, there is hope and faith and love in this world, and my aim is to focus on the joy rather than the pain.