So my hopes of raising a second generation of Buckeye caterpillars were dashed when all my butterflies turned out to be ladies. 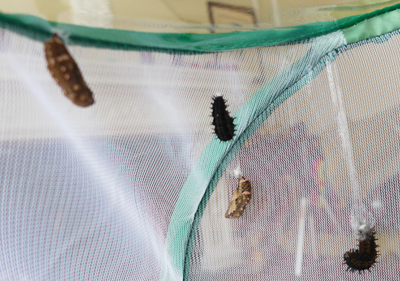 Nonetheless, the transformation has been fun to observe in this dreary winter. The caterpillars one by one made their way to a spot in the enclosure and spun their sticky silk, 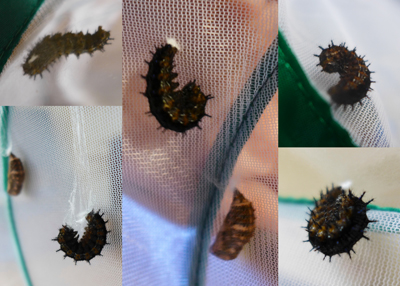 After 16 days in my home all were fully cocooned. 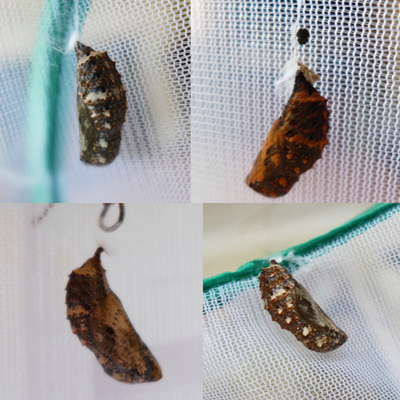 After 13 days (day 25 in my home), the first started hatching, curiously not the first caterpillar that had pupated but another one. 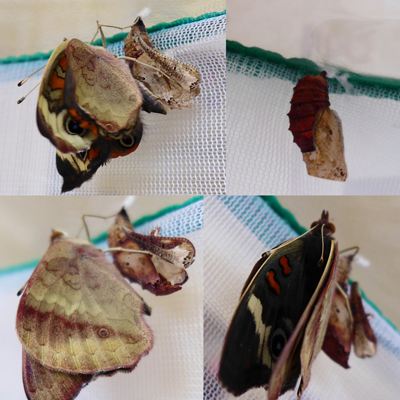 They all pop out so quickly and quietly that catching them mid-emergence is difficult to do. 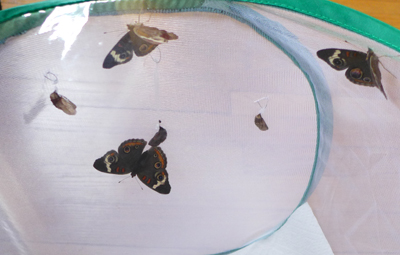 The last one, on day 28, gave me its wasp-y look though, and kept dropping to the floor as it tried to unfurl its wings, but its floppy wings took shape after a few minutes nonetheless. 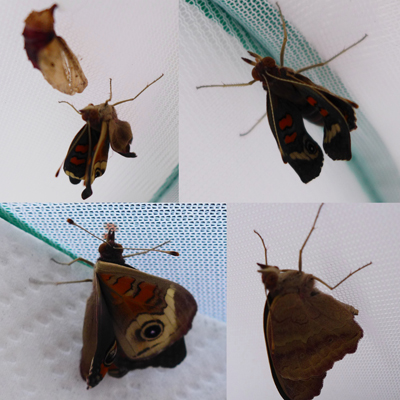 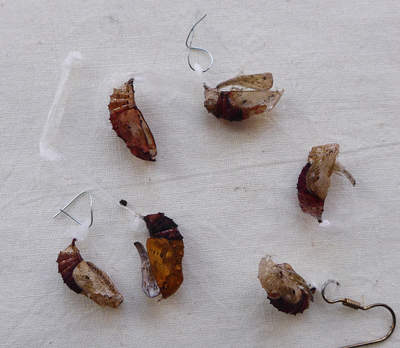 My firstborn had gorgeous eyespots. 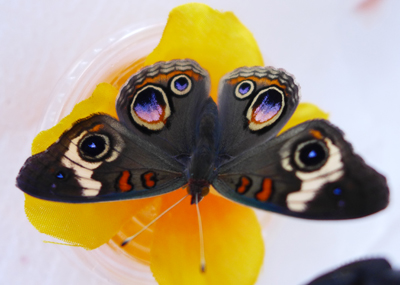 The others each had distinct looks. 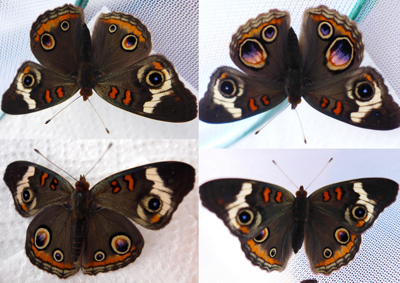 It takes a couple of days before they are ready to eat, but watching the proboscis is such fun when they do. 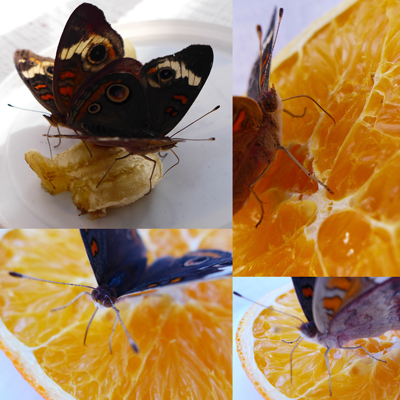 My fifth-born turned out to be a rosa. 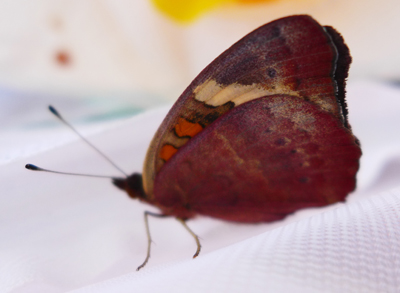 They love sunlight and eagerly walk ceilings to get to it. 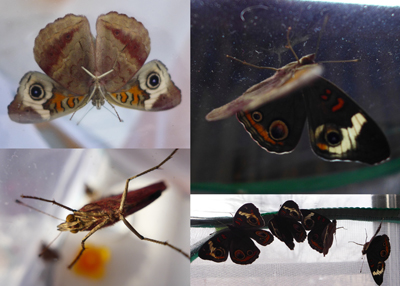 Trying to distinguish sexes became a dirty affair as they defended themselves with extrement (it makes sense that butterflies poop, doesn’t it?). 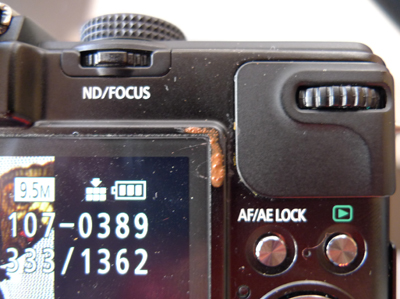 But all bodies looked the same, so I am pretty sure they all were females in this batch. 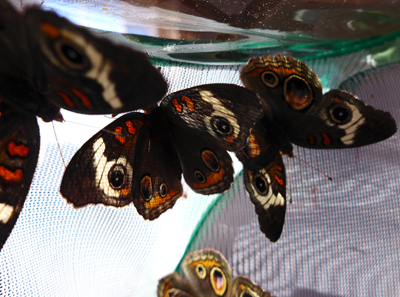 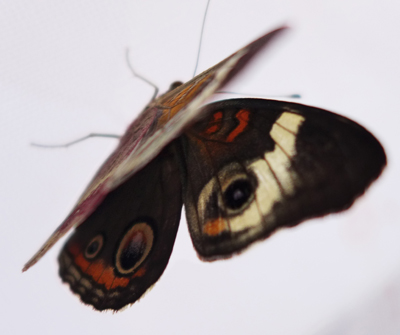 Photographing was fun, though not all were willing posers. 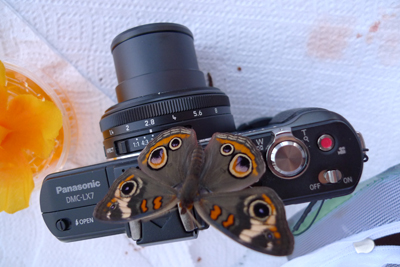 Since I wasn’t going to raise new babies, I immortalized a few in the freezer before they became too tattered. 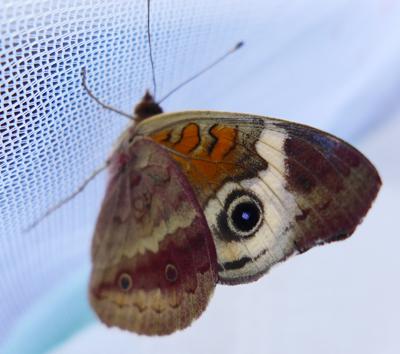 One is still fluttering, but the second one breathed its last on Wednesday (day 58). 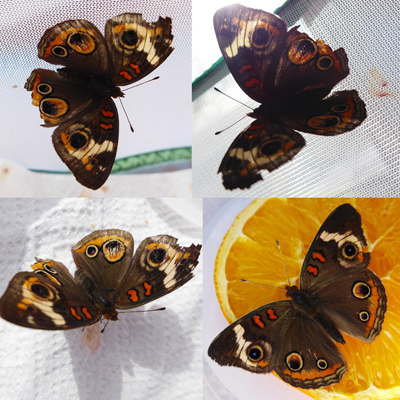 It is nice to have such quiet and easy to care for pets. 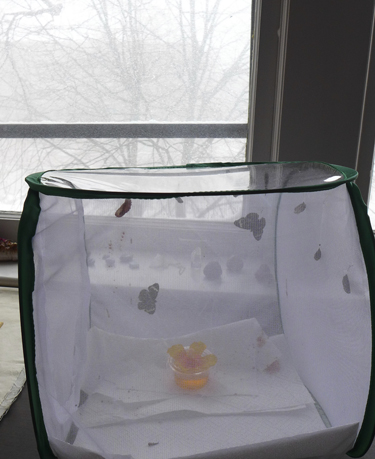 Note: This breed of Buckeye cannot be released in my home state, which is why I didn’t feel bad about having them in a cold season when they are going to remain in captivity. During the summer I plan on ordering kits that will be released into the neighborhood to hopefully repopulate some of the scarcer butterfly breeds (the Monarch in particular).

One thought on “Buckeye Ladies”