I made my very first card sale Saturday! It was only one, but one is where it starts. After years of being told that I should sell my creations, a complete stranger affirmed that notion and put her money up to prove it! 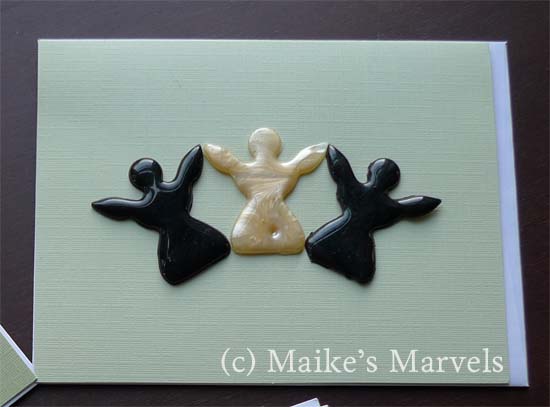 It has been a rollercoaster week for me. One evening I had dinner with a friend and a newly-made friend during which we admired each other’s progress and work in the arts and crafts world. Two days later I went for a business consultation that was discouraging and felt condescending to me. It brought back all the doubts about “logic” and “practicality” I have been battling since the seed of a crafting business started germinating in my brain.

Then severe thunderstorms after a heat index of 100 degrees had me worried about the trunk show I was preparing for, and given the recent “advice” I wondered if I should even bother. So my determination and stubbornness took over and pushed me to prepare my cards in spite of the weather forecast, and commit to pricing them (although I will need to tweak that a bit more). 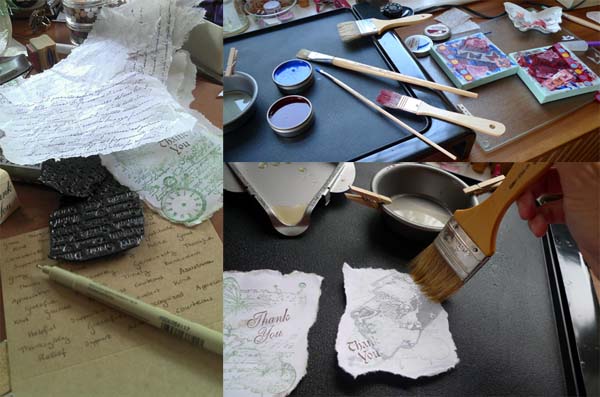 Saturday morning I ventured out during a dry spell with a churning stomach to truly open up shop for the first time.

This trunk show was the swan song for Simply Chicago Art, a gallery I just discovered but which is closing its doors after 2 years. The owner did promise to keep in touch with the artist community, so hopefully the trunk show concept will live on in other venues. 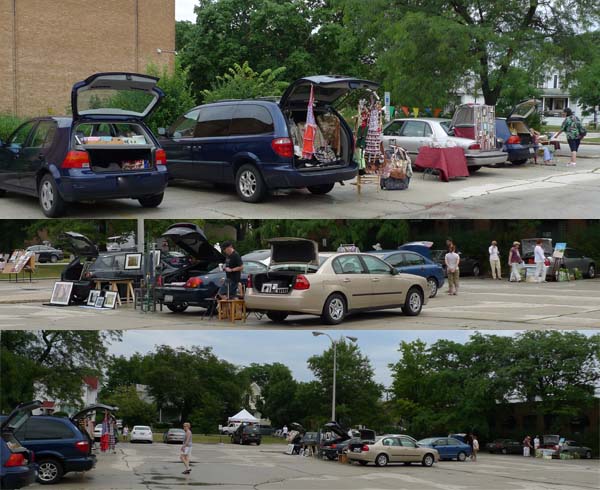 With the show not being in a main thoroughfare, and given the weather, this felt like a safe location to get my feet wet. The foot traffic was extremely light (and a significant number of trunk artists didn’t show up either). However, the browsers who did stop by were very supportive of my art, and I was pleasantly surprised at how much complete strangers liked my work. One group of women apologized for messing up my display, but I was so happy to see them reach out and touch each of my creations. Although they weren’t ready to buy right away, I enjoyed that my cards generated that connection. 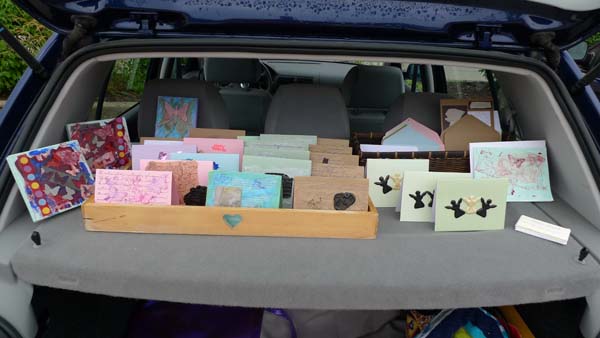 Even though I only sold one card, being on the other side of an art fair after years of being a customer was a great learning experience. The entry fee was recouped in the intangible reward of support, encouragement, affirmation, and hope.

Things I learned during this debut: 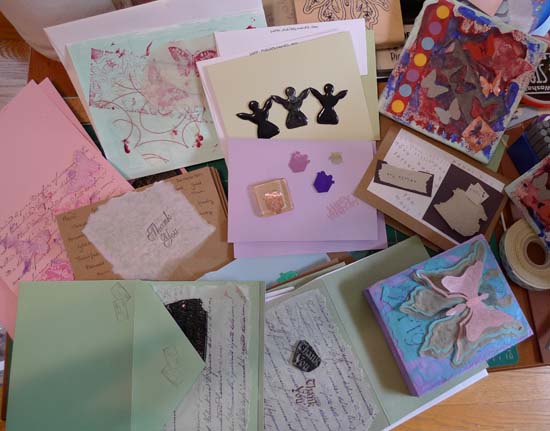 The tug-of-war between scarcity thinking and abundance thinking will always continue, but I am determined to float on the encouragement of others rather than let the few skeptics stop me.

My remaining inventory will be featured on Etsy soon!