On International Women’s Day, Sketchbook Brewery held a Women in Beer event that was quite the revelation. The day marked the launch of Brewery Witch, a new brew made by Sketchbook in conjunction with the Pink Boot Society. 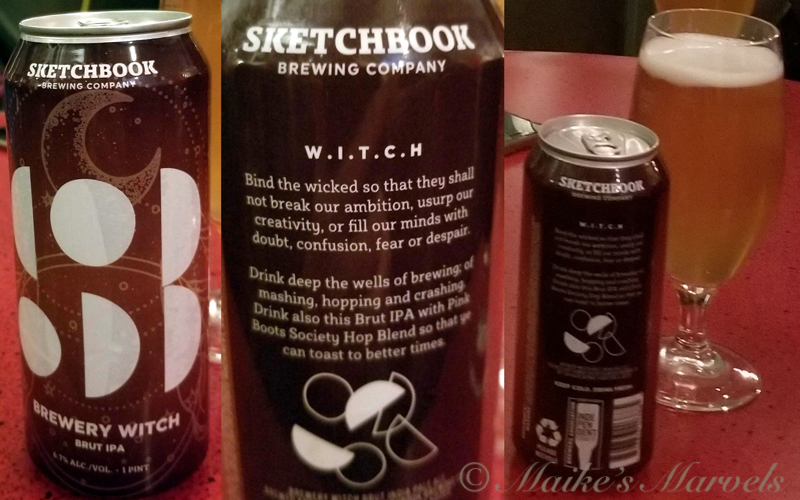 The Pink Boot Society is a women’s brewing organization that holds a contest every year, and the winning hops get auctioned off, with $3 of every pound donated. Last year Sketchbook created the Resistance Witch out of the Pink Boots Hops. As we requested the larger glass of the Resistance Witch, we realized that Big Witch abbreviates to Bitch, and a had a chuckle. Pink Boots Society also has a blog about women in beer: https://www.pinkbootssociety.org/women-in-beer-in-history/. 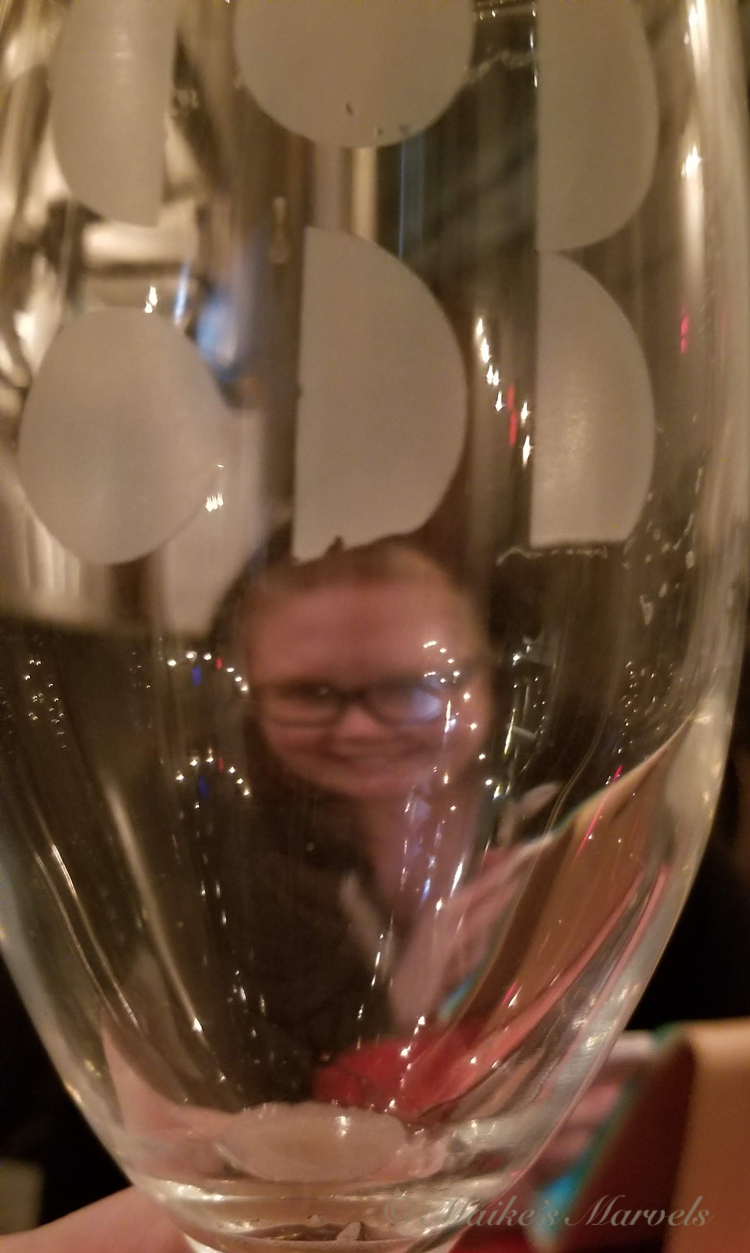 Guest Speaker Liz Garibay, Executive Director of the Chicago Brewseum, told us about her passion about beer, and she is using her archeology and museum background to launch the Chicago Brewseum. The Brewseum is working with numerous established museums to develop beer-centered exhibits. The Field Museum now has a bar with local beers on tap, and in conjunction with the Brewseum, has an exhibit through 2020. 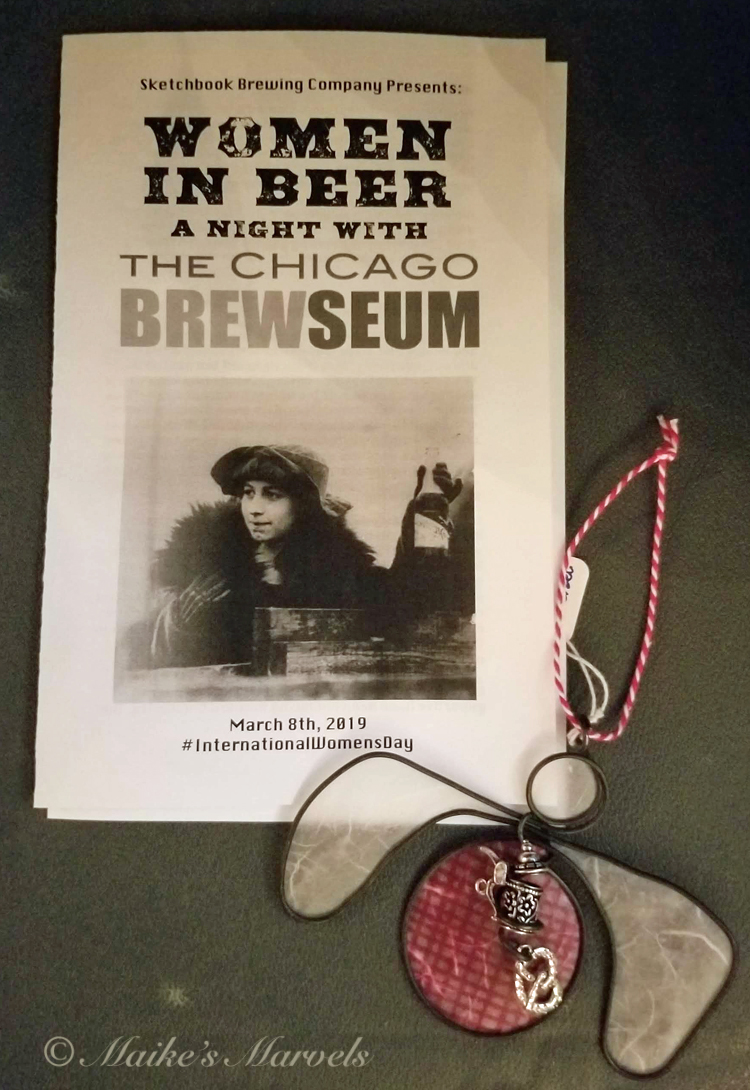 Liz said that archeologists found that we started cultivating grains in part to make bread, but humans became sedentary because we wanted to make beer. She said that old stone tools have traces of rain elements, and vessels have evidence of fermentation. Her theory is that “Beer was greater than bread” in influencing human civilization. 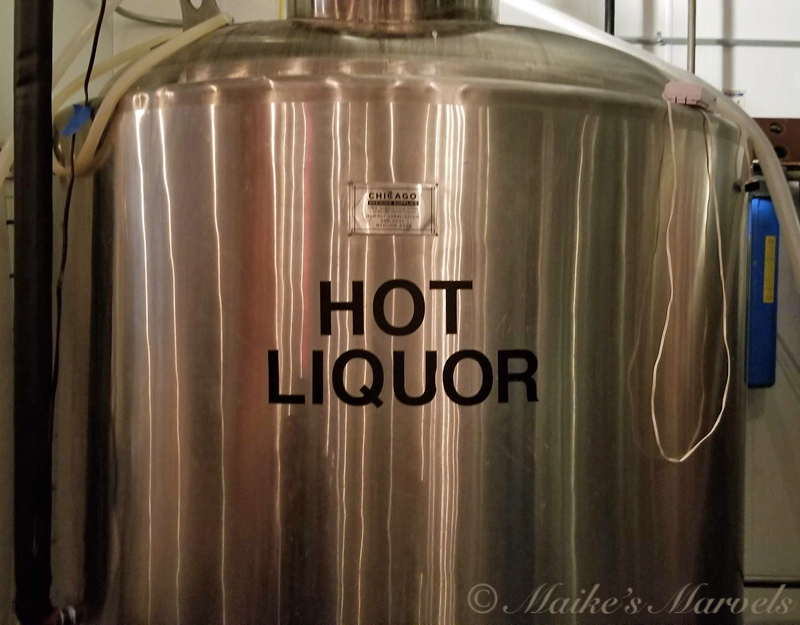 The oldest residue of fermented beverages were found in the fertile crescent of the Tigris and Euphrates rivers 5500 years ago. In China, there is evidence of beer made from rice and wormwood. A corn-based Peruvian beer is also a contender for the most ancient fermented beverage. Currently, Patrick McGovern is known for his beer archaeology and the experimentation of re-creating the ancient brews. Beer brewing was mostly an oral tradition, so few recipes have been preserved. 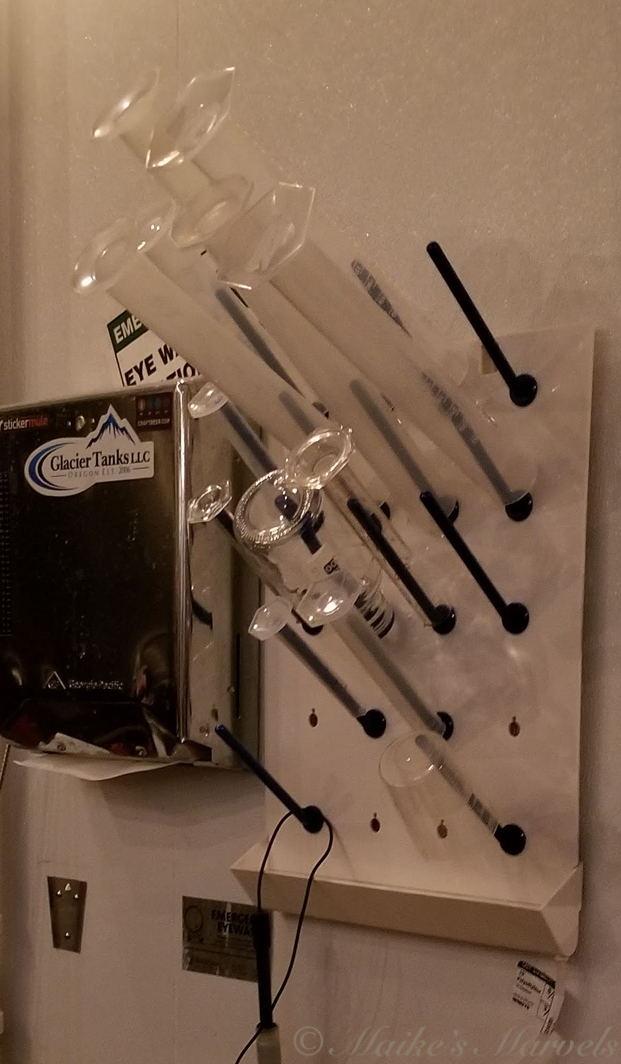 Many alcohol-released deities are goddesses, said Liz, whether Sumerian, Egyptian, Viking, Slavics and Mezoamerican. Women were gatherers and were always in the kitchen. “Goddesses are making beer but also giving everyone tools,” said Liz. “A hymn to Ninkasi” is a Sumerian poem with a recipe for brewing beer. 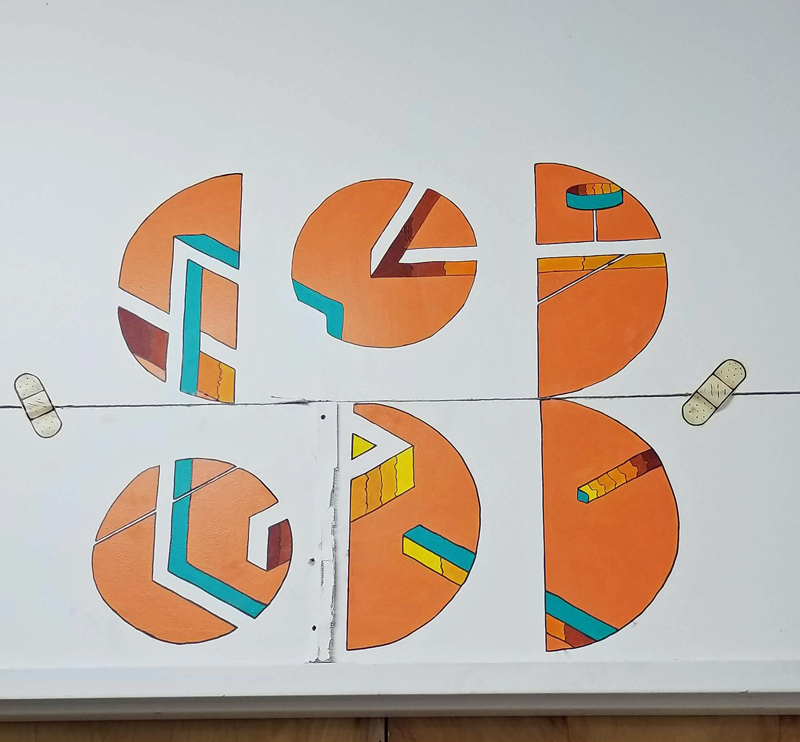 That reverence of women and their brewing capabilities shifted in the middle ages, however. In the 1500s beer was safer than water, and Ale Wives (Ale being a heavier, maltier beer) were appreciated. However, after the black plague the population was reduced. Ale wives were very independent. They didn’t pursue a husband or land. All they needed was a space to make their beer, which earned them their own money. This disturbed the patriarchy, and men of cloth, along with wealthy men, started to portray women as demonic. “Beer requires a vat of boiling water. Then you throw stuff into it and mix it,” she said. The audience immediately made the connection with a cauldron. Liz said having a bunch of grains around attracts rodents, so of course you need a cat for pest control. Then, to signal that the beer was ready, the ale wives would take a stick or broom and place it in the front of the home with a piece of cloth: the first tavern sign. It was the patriarchy who created witches. Landowners would commission writers to tell their stories. Those evil woman beer makers became witches. In the 1600s, if you were doing something weird, you were a witch. When one consumes too much beer you get loopy, which then was seen as being poisoned rather than drunkenness. 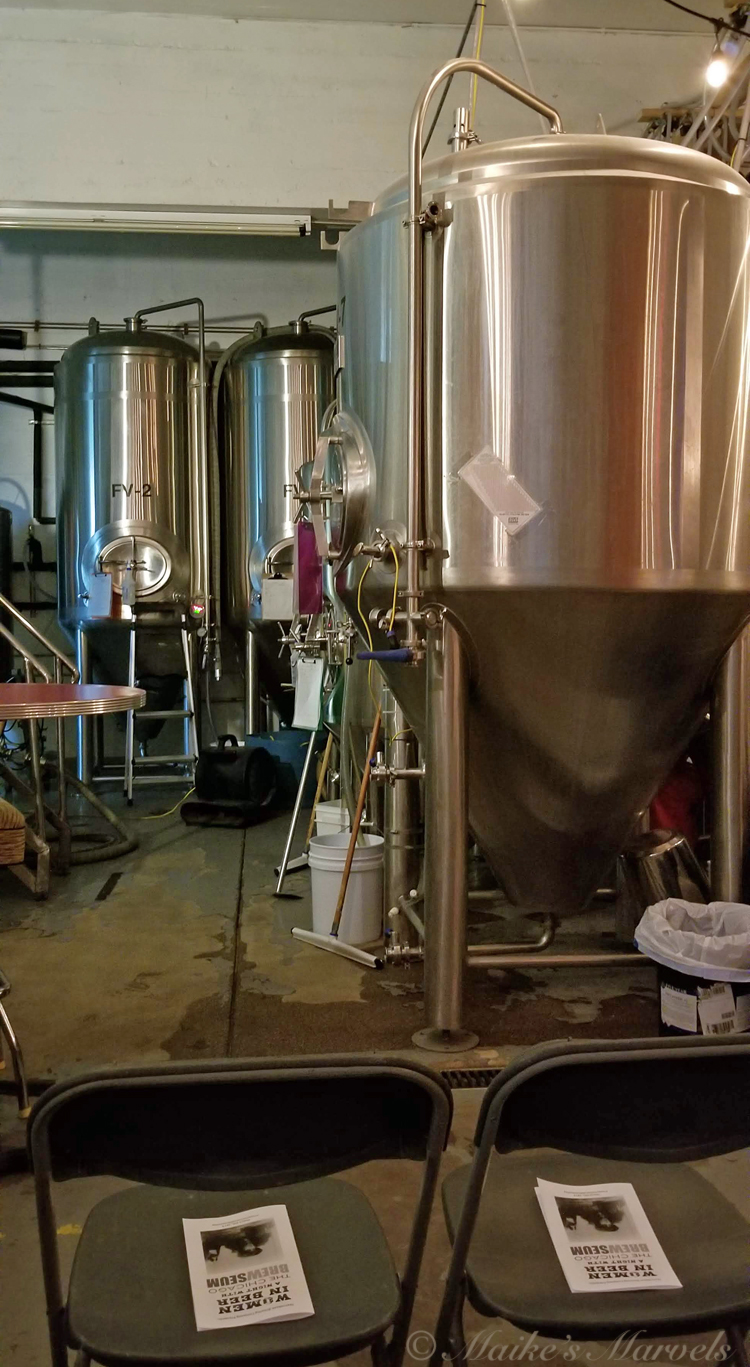 In the 1800s, the Louisiana purchase brought more people west. German immigrants had the education and means to keep moving west, which is why the Midwest became a hub of German culture. Yet even though beer was now owned by male beer barons, it was the wives pulling the strings. In 1840 a liquor license was $4, and a tavern could be anything with 4 walls and a ceiling. Miller, Pabst and Schlitz all were married to women who held the books and monitored inventory. Pabst did not win a blue ribbon at the 1893 World’s fair, but because it was served there, they invented the story of a blue ribbon award, to make their packaging stand out more with a blue silk ribbon around the bottles.

“Prohibition was the best thing to happen to our culture” said Liz. She said it encouraged flappers to get out of corsets, it began the LGBTQ movement, and it encouraged ethnic diversity in “Black and Tan Bars”. Since people were already misbehaving by drinking illegally, other ‘improprieties’ were supported in those establishments, too. 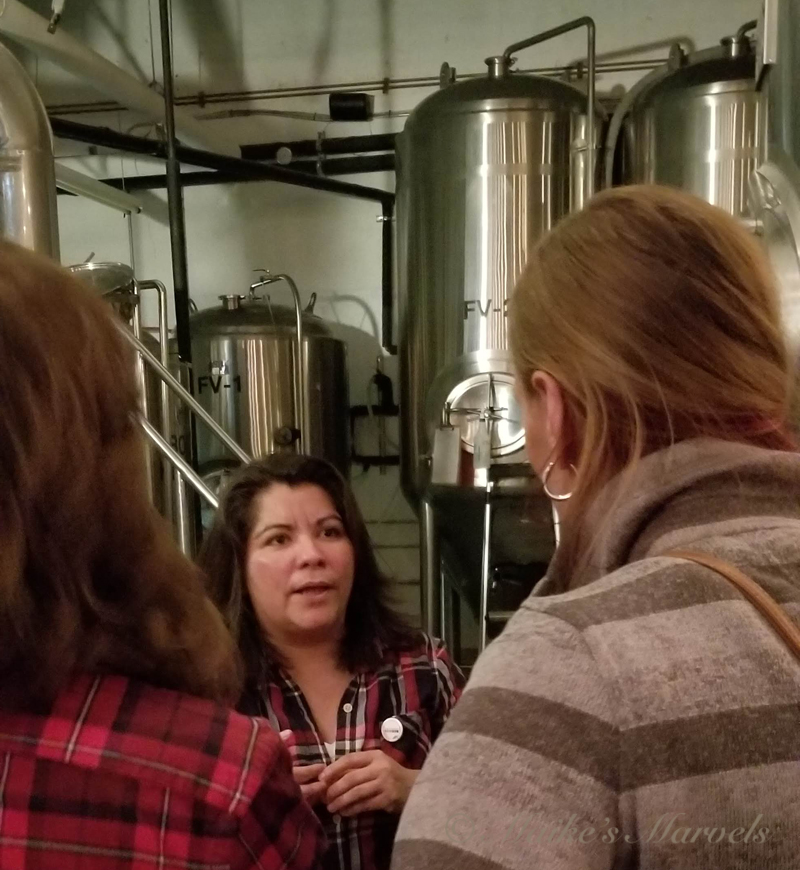 Liz mentioned that even though Frances Willard was about Temperance, she might have had a few drinks herself on occasion. Prohibition was on the docket a few times. In 1860 when the Civil War broke out the powers that be decided to let the soldiers keep their beer. However, the Temperance movement turned into a platform of labor rights and voting. 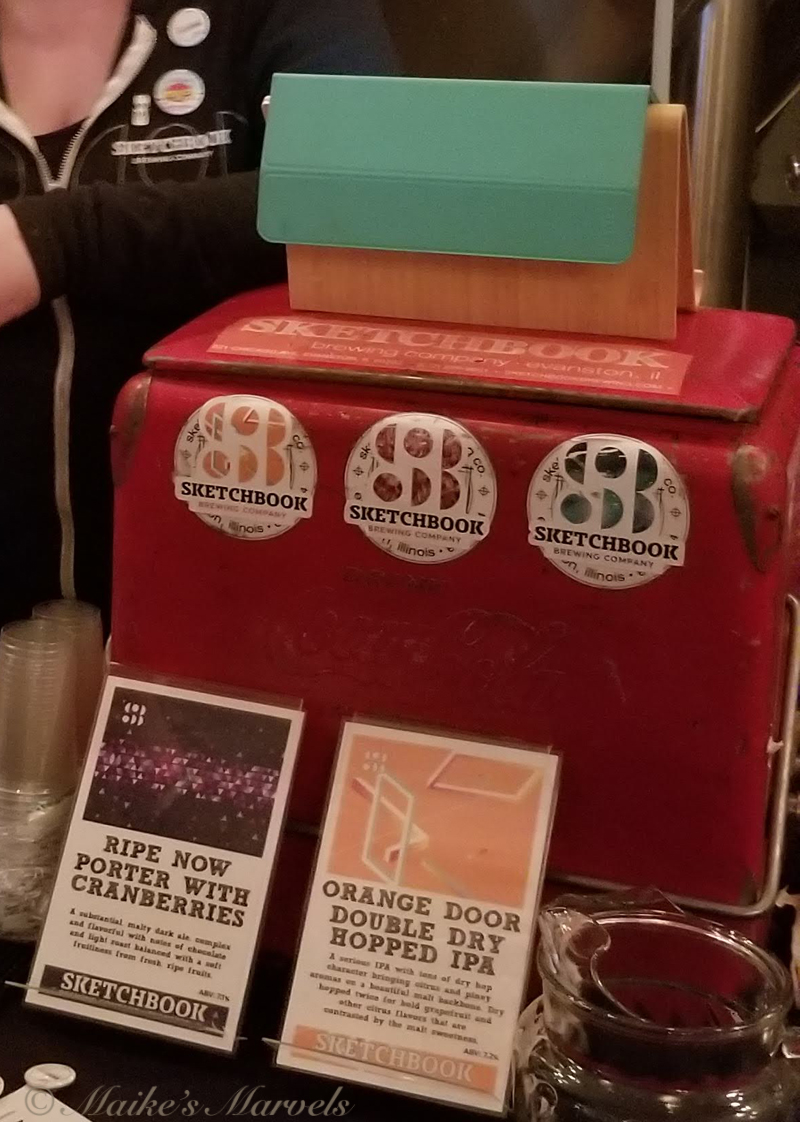 Liz believes that one should consume beer while learning, and will establish a fully interactive Chicago Brewseum Building once the right site has been found.  When other museums learned of Liz’s initiative, they too wanted to establish beer exhibits, and Liz has a busy schedule with the Beer History and Culture project to hold talks throughout the country. For more about the Chicago Brewseum, visit https://www.chicagobrewseum.org/.

Brewing Up Chicago is on exhibit until January 5, 2020 at The Field Museum, 1400 S Lake Shore Drive in Chicago. The exhibit “views Chicago’s 19th Century urban development through the lens of its brewing industry, and by extension, the immigrant community who built it. From the city’s founding in 1833 to the Columbian Exposition sixty years later, the German-American community evolved from strange ethnic outsiders to respected citizens essential to the fabric of the city’s existence. By telling the story of the immigrant experience in 1800s Chicago, we make modern day and personal connections for a broad and diverse audience. By presenting a beer narrative that has never been told before, we illustrate how beer is more than just a beverage and a strong cultural force capable of building community and making change.” 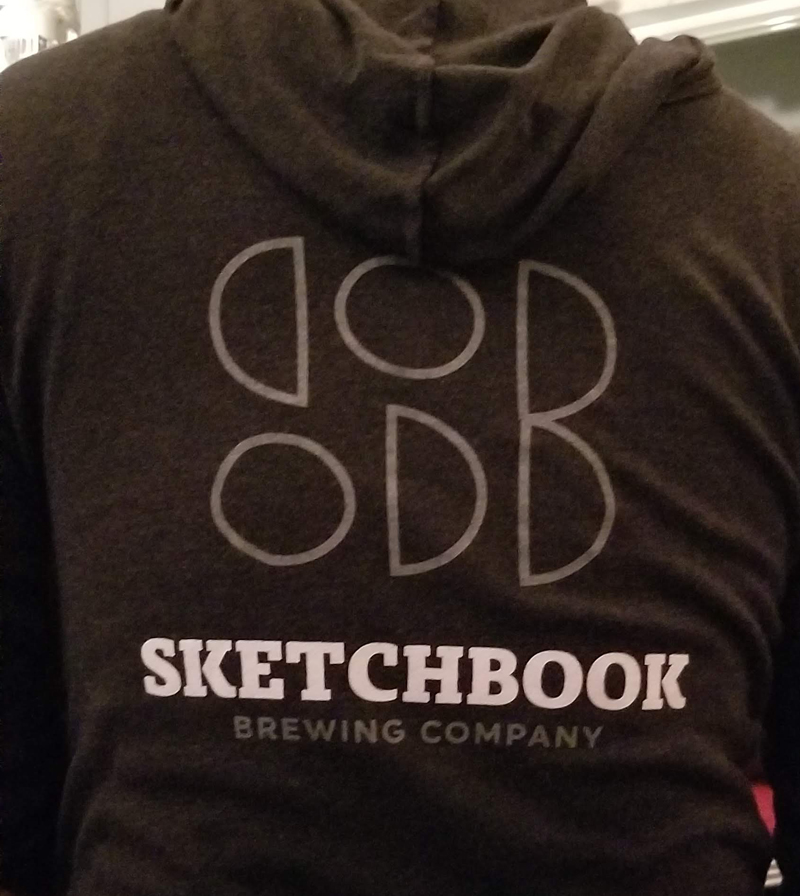 Meanwhile, I enjoy patronizing Sketchbook with my friends!