“No longer lend your strength to that which you wish to be free from
Fill your lives with love and bravery
And you shall lead a life uncommon.”
~ Jewel, Life Uncommon

Technically Radvent is over, but in Germany it is the second day of Christmas, so I can keep going! Princess Lasertron’s Radvent on Wishing has some great prompts as I close out 2012 with Leonie Dawson’s Create Your Incredible Year In Biz + Life e-workbooks. 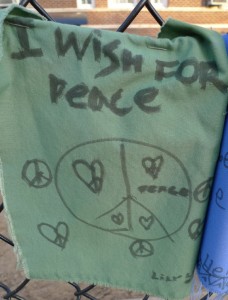 Last year I made the following pledges:

1. Give the positive exponentially more value than the negative, every day

When the negative threatened to overtake, especially during tragedies on a large and smaller scale, I found comfort in talking through it, connecting with loved ones, and clinging to words of hope.

“If I could tell the world just one thing
It would be that we’re all OK
And not to worry ’cause worry is wasteful
And useless in times like these
I won’t be made useless
I won’t be idle with despair
I will gather myself around my faith
For light does the darkness most fear.”
~ Jewel, Hands

2. Honor people as they are, including myself

My Self-worth post revealed that 2011’s Style resolutions needed revisiting and reinforcing, but I see that many of us struggle with this on a regular basis, so I am being kind to myself about that. Meeting the Arts of Life artists has put honoring people in a whole new perspective.

3. Stick to the artistic journey and give it room to expand, shift gears, grow

Oh my goodness, I had no idea where this would take me. The artistic journey will warrant a whole post of reflection. I think shifting gears might have been asking for more than I intended!

Directly linked to #3, I have made numerous wonderful connections this year and deepened relationships that began over the past year. I am so blessed to truly have a community now.

5. Draw inspiration from life every day

I literally learned to draw, which did teach me to see things even more intensely than I already did from the photographer’s view. Now the “scenic eye” also notices shapes and patterns everywhere. There is so much to express from all that I have ingested this year, and I look forward to doing so in 2013.

“Naming a wish is step one,
and working toward it is steps two through ten-thousand,
every step after that, and that’s where the work is done.
I promise the universe will give you all the help it can.
But you’ve gotta want it and work for it
and wake up every day excited to go get it.”
~ Princess Lasertron 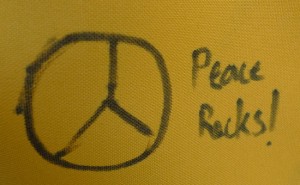 Consider and record your wishes for the new year.

Leonie Dawson has a “100 things to do in 2013” exercise which I am thinking through. I want those “tasks” to relate to the broader goals that I have yet to clarify (which her worksheets will help me do over the coming days). 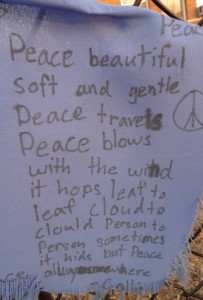 As I look back at last January’s wishlist, there are pieces I abandoned that I want to reconsider for the coming year. Priorities shifted, practicalities got in the way, and new opportunities put some things I really wanted last January on the backburner. There needs to be a balance of seizing the opportunity/moment with being aware of how a shift or a decision will impact other aspects of the journey.

“Things change.
The things I wanted, the things that inspired me,
and the priorities I had were really different
at this time last year.”
~ Princess Lasertron

I am proud of myself for saying yes, and for going with the flow, but just because I don’t know how to accomplish something doesn’t mean I cannot try to implement some guideposts for myself to check on whether I am getting there. 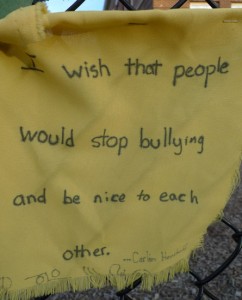 Are you careful what you wish for?

Many of my goals were achieved through visualization, determination, discipline, and practical working toward it. Other things came to me by taking one step onto a new path and then being surprised and blessed with revelations and gifts as I kept moving on. Then there are other wishes I’ve had since I was a little girl that haven’t worked out. This month I am sorting through the patterns and scripts and fairy tale ideas that may be blocking or hindering the adult version of the child’s dream. Princess Lasertron’s prompts are a great way to look at these:

“What will create an outcome that is compatible
with the values and goals of my life right now?
Why do I think I want this?
What are the motivations behind my desire?”
~ Princess Lasertron 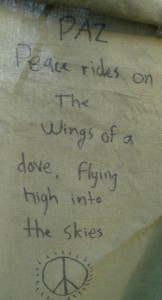 Five wishes for myself.

1. Allow my intuition to be my primary guide — over logic, practicality, and what others are doing.

I’ve let some goals slip because I got intimidated, couldn’t justify funding it, or listened to nay-sayers (some in my own head), rather than having faith that the path and the means would present themselves, as has happened with other things.

“When I envy people who show their happiness to the world, that robs me of my happiness. It is so much easier and fulfilling to be happy for them, be grateful for the gift of joy they’re sharing with the world, and project my own authentic joy in my own way.”
~ Princess Lasertron

2. Become better at expressing my (true) self

I’m a listener rather than a speaker, and observe more than I participate. I’ve watched Princess Lasertron strip away some of her facade over the past year, and I admire her courage in expressing more of who she is as a person. “She who dies with the most likes wins” by Jessica Valenti gave me pause when I read it, and I want to ensure I am living my own life, instead of being lived by others.

“Wanting to be liked means being a supporting character in your own life, using the cues of the actors around you to determine your next line rather than your own script. It means that your self-worth will always be tied to what someone else thinks about you, forever out of your control.”
~ Jessica Valenti

3. Continue to surround myself with people who allow me to be me, rather than those who project a role of what/how I should be

Fortunately I’ve had the privilege of getting to know a few gutsy ladies who tell it like it is over the past year, and I really really like these women. Admiration of someone’s authenticity is far better than just being liked for being nice in my book, so I will take a cue from my own response to them in being braver along my own path.

“The truth is that we don’t need everyone to like us, we need a few people to love us. Because what’s better than being roundly liked is being fully known.”
~ Jessica Valenti

I’ve always wanted to be an author, and each year slips by without an outline. I have an idea forming in my head, and am pursuing research toward it. This year I want to at least have an outline drafted, instead of closing another year with “I will write a book someday.” Cue the comments to wish #1!

“I really believe that everyone has something awesome about them. Something they’re really proud of that deserves to be appreciated. I’m so motivated to share those things and show the world how powerful it is to embrace and celebrate what others do.”
~ Princess Lasertron

5. Be present when magic happens

There have been many magical moments this past year. I noticed most of them as they were happening, but there have been times where I didn’t recognize it until later, after I’d slowed down from my rush to get things done. The media is full of fear-mongering that has us hunkering down and creating comfort zones for ourselves that are hard to break out of. By ensuring that sense of control for ourselves, we also rule out the opportunity for serendipity and wonder. Being among butterflies makes me feel like I’m among fairies, no matter how much I study the biology and anatomy of these creatures. I believe that angels walk among us, and that we need to be open for extraordinary moments in mundane places.

“It’s time to dream a new dream. Time to create an incredible year for yourself, your world, the world. First comes the THOUGHT, then the WORD, then the ACTION. That’s how change happens. Are you ready?”
~ Leonie Dawson, Create Your Incredible Year Workbook 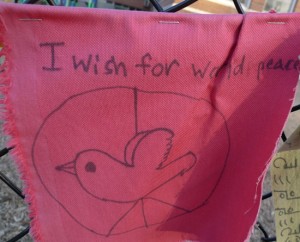 Pictures of the prayer flags were taken at a neighborhood Montessori School.