Laurenâ€™s second solo exhibition with Packer Schopf focuses on the ideas of poisoning and her continued thoughts on death via her largest and most elaborate drawings to date. 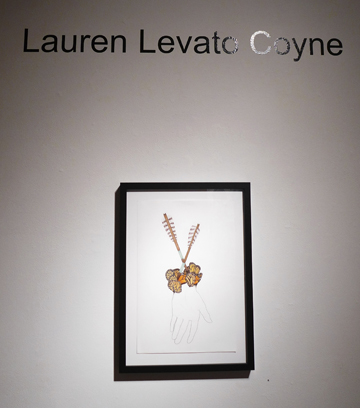 She has been thinking a lot about poisons and their impact on the physical and mental health of generations.Â  Wolf Peachâ€™s subject matter has its root in the impact of death from diabetes, cancers, and prolonged exposure to poison.

Her drawings reference man made poisons such as Agent Orange, processed sugar, and alcohol, as well as natureâ€™s toxins like nightshade, venom, and Monarch butterflies. She also alludes to false poisons, such as the once firm belief that tomatoes were a fatal fruit.

Per her press release: â€œLevato Coyne’s drawings are paralinguistic symbolist portraits and still lives. Their linguistic structuring is divorced from linguistic content; meaning is indicated, but encrypted. Each drawing begins with an interior narrative rooted in personal history: a family ejected from the American South that took with them many of the curious beliefs and habits of the Appalachian Mountain Kingdom.â€

â€œThe animals and colors in Levato Coyne’s drawings are therefore influenced by the storytelling and imagery of fairytales and wives-tales, as well as medical and zoological antiquity, and farming.â€ Appropriate for this insect-lover, a fly landed on one of her drawings. 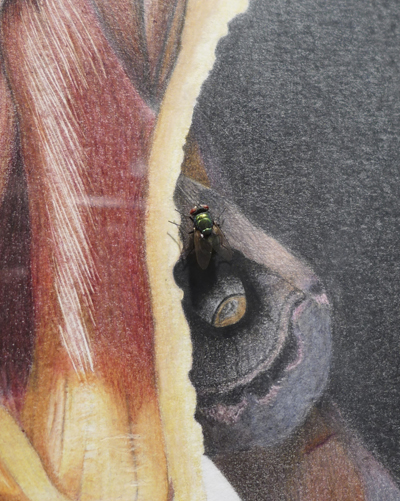 You can view detailed images of Laurenâ€™s drawings here. 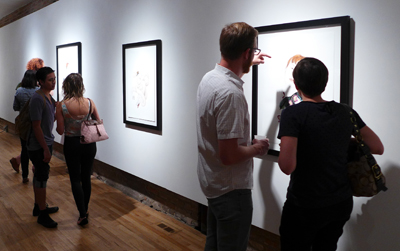 Two other artists opened solo shows the same night, Teresa James whose cyanotype/drawings deal with religion and faith in Not All Angels Have Wings. 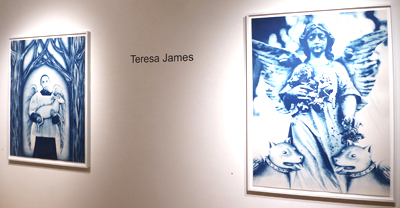 A specialist in intaglio printmaking, Teresa James integrates drawing, photography, computer-generated imagery, and 19th-century photographic processes. Not All Angels Have Wings represents the culmination of her experiments, into large-scale cyanotypes. 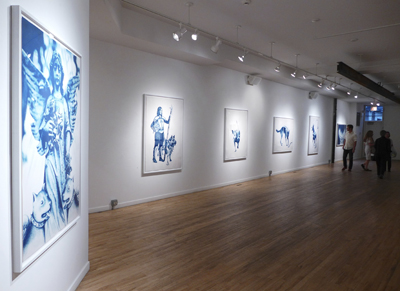 Jamesâ€™ works are inspired by Catholic iconography, the Italian Renaissance, Mexican Surrealism, and American folk art. “Jamesâ€™s friends and their pets are revealed as agents in the eternal battle of good and evil, their heroic spirits armored or winged.” 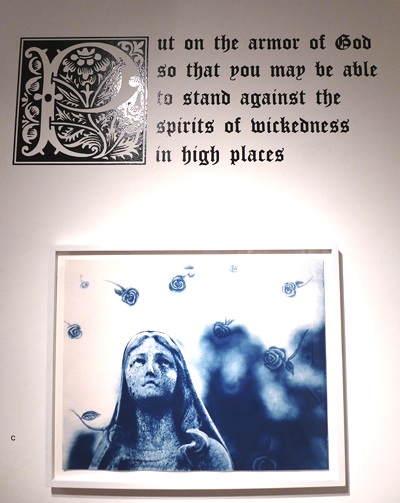 “Behind these works lie other invisible struggles: the artistâ€™s painstaking labor to balance the generative forces of nature, man, and machine, and the soulâ€™s resolve to manifest optimism and grace in the face of lifeâ€™s trials. At their core, these are portraits of faith, bathed in a celestial blue.â€ 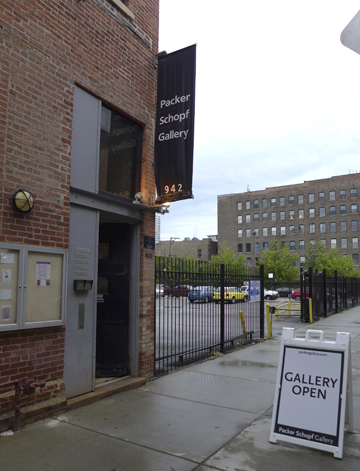 Ellen Greeneâ€™s painted gloves and mixed media pieces of â€œYouâ€™ll never be my bride: ballad of the sweetheart murderâ€ explore murder ballads through images inspired by vintage tattoo and folk Americana icons painted onto delicate vintage leather gloves. Per Greene, â€œMurder ballads are an American (Appalachian) folk song sub genre that has their roots traced back hundreds of years ago to Ireland and England. They describe murder and betrayal often between two lovers played against a simple melody.”

Sung by a third person or from the voice of the murderer–often in a waltzing 3/4 time–many of these ballads are based on true crimes stories with historical documentation. The love interest is lured to a dark place–woods or a body of water–where she begs for her life and the life of her unborn child. 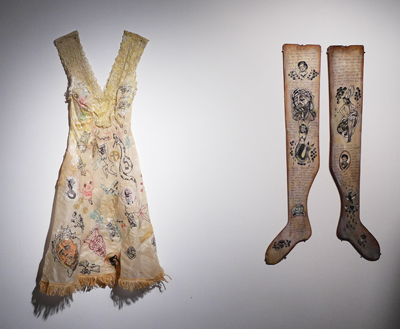 Of course Lauren was dressed to the nines. 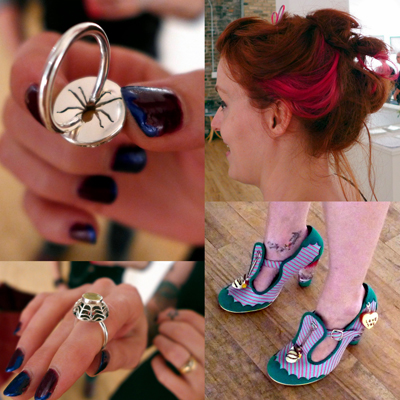 As was her husband, whose show opening followed hers on Saturday evening. 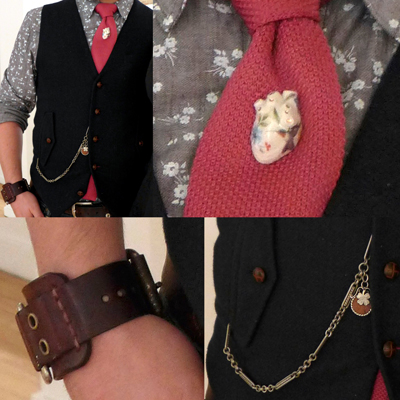