The hammer is down and Iâ€™ve made all the wire pieces I can make for Custerâ€™s Last Stand. Hereâ€™s a sneak peek at the pieces that will be present on Saturday and Sunday. 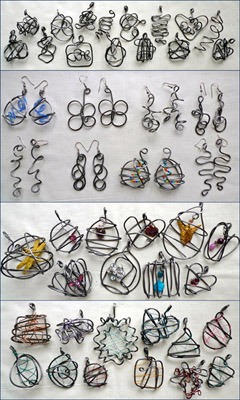 My friend and tent lender Jason McPhillips is bringing his paintings, including cowboys and Indians, like General Custer and Crazy Horse.

The fair began in 1972 on historic Custer Avenue named after General George Armstrong Custer in gratitude for his service to the Union during the Civil War. Eiden Park will have a Civil War re-enactment with canons and soldiers. 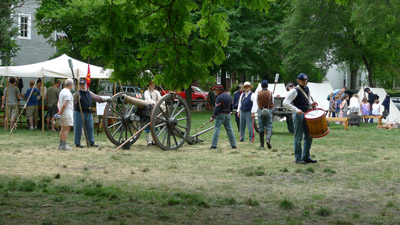 Youâ€™ll see General Custer and his entourage march through the fair at various times. 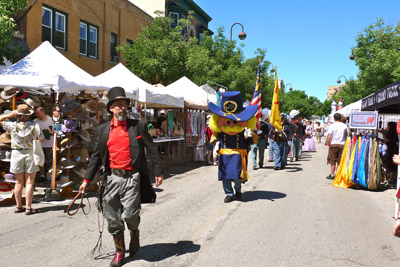 The 42nd annual Custer Street fair will be held on June 15th and 16th from 10 am till 9 pm around Custer Avenue, between Washington and Main Street and spilling out to Chicago Avenue in Evanston. 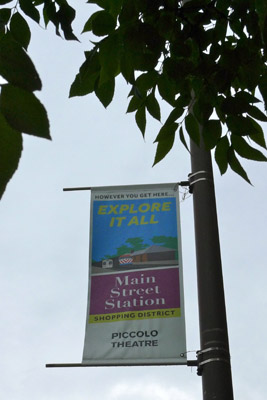 Come see us at Booth #48, on Custer Avenue just past Lupitaâ€™s on Main Street. Weâ€™ll be near the Show Arena. 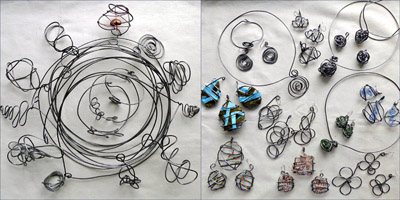 The Chicago Painters and Artistsâ€™ Meetup will gather at 11 am on Sunday to peruse the festivities as a group. 250 Artists and craftspeople from across the nation come together to exhibit and sell paintings, ceramics, pottery, photographs, jewelry, graphic arts, wearable art, country and home craft, antiques and collectables. They are joined by 150 local businesses and commercial exhibitors who put on an old fashioned Sidewalk Sale. More than 30 food vendors offer a full international menu. 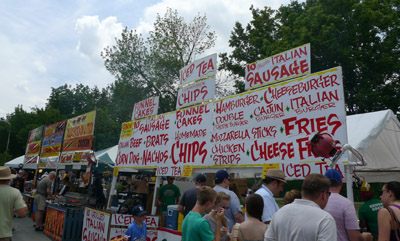 Live Music will be playing throughout the day. Down the street from our booth, at Custer and Washington street, the Arena Stage will feature: 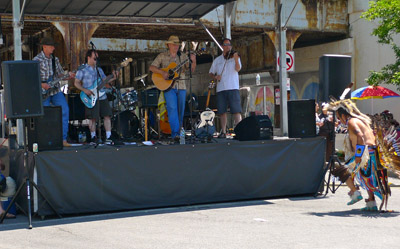 The Festival Stage at Main St. & Chicago Ave. Showcases the following talent, with some seating so you can eat snacks while you watch rather than just inhaling their aromas from the food booths along Chicago.
Saturday June 15

In Eiden Park the kids have a great time enjoying the kid centered exhibits, with free balloon sculptures, hula hooping, bubble blowing, fairy wing booths, water-guns and many games and toys to peruse. I personally hope the Raven stops by again this year. 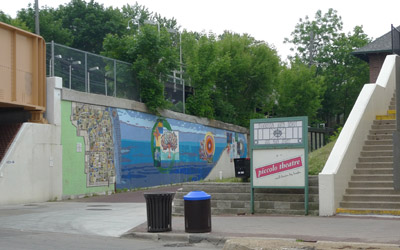 Admission to Custer Fair is free (with a suggested donation of $1), so save the dates and get ready for a rompin’, stompin’, shoppin’ good time! Click for an interactive map. 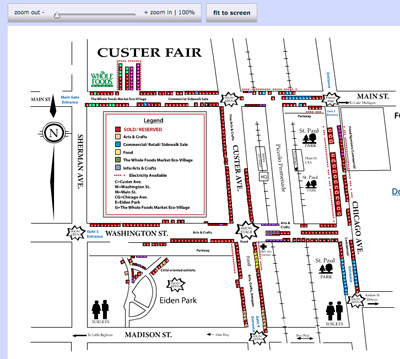 The Fair is accessible via the CTA Purple Line, Main Street Station, which gets you right into the Festival Stage action. 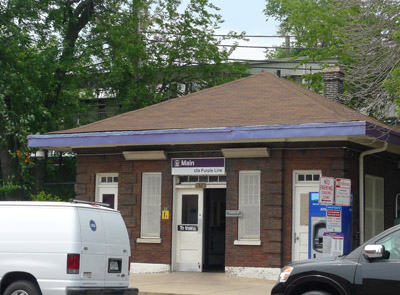 On the West side, those disembarking from Metra’s Union Pacific North (UP-N) line (Chicago to Kenosha) at the Evanston Main Street stop will land right into the Custer Avenue Arts & Crafts section (yep, that’s Maike’s Marvels and Studio McPhillips!). 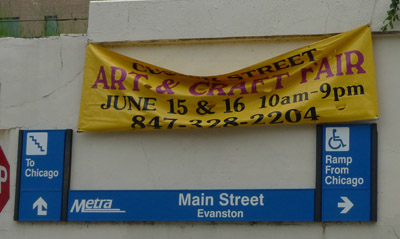 Note that Chicago Avenue will be closed as of Kedzie Street with Traffic detours. You can find Street Parking on Judson and Hinman Avenues (East of Chicago Ave). Meters are free on Sundays. Garage locations are here. 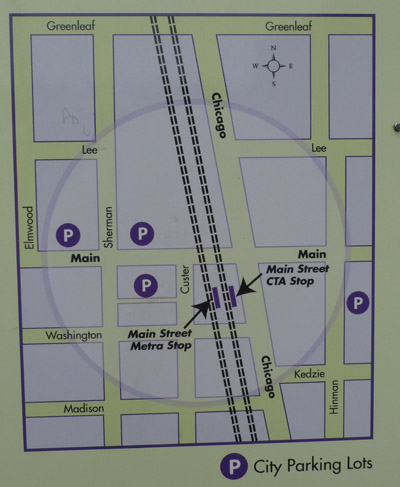