For the September Now That’s a Jig! Challenge, we were tasked with using Bob Ebendorf’s art work as inspiration. Brenda Schweder is a longtime fan of his work, but his name was new to me. So I surfed the web looking for his work, and became a bit overwhelmed. How in the world would I take his work and use the Now That’s a Jig! to ‘replicate’ it? 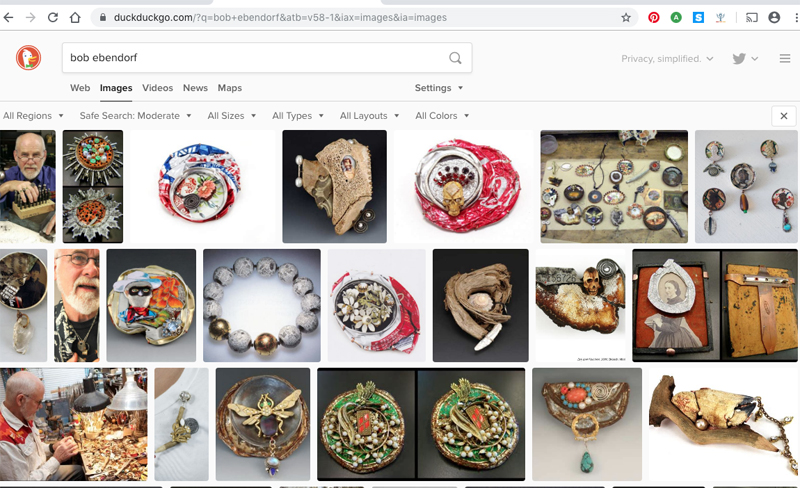 I pulled out some random objects and mulled over what I could do. 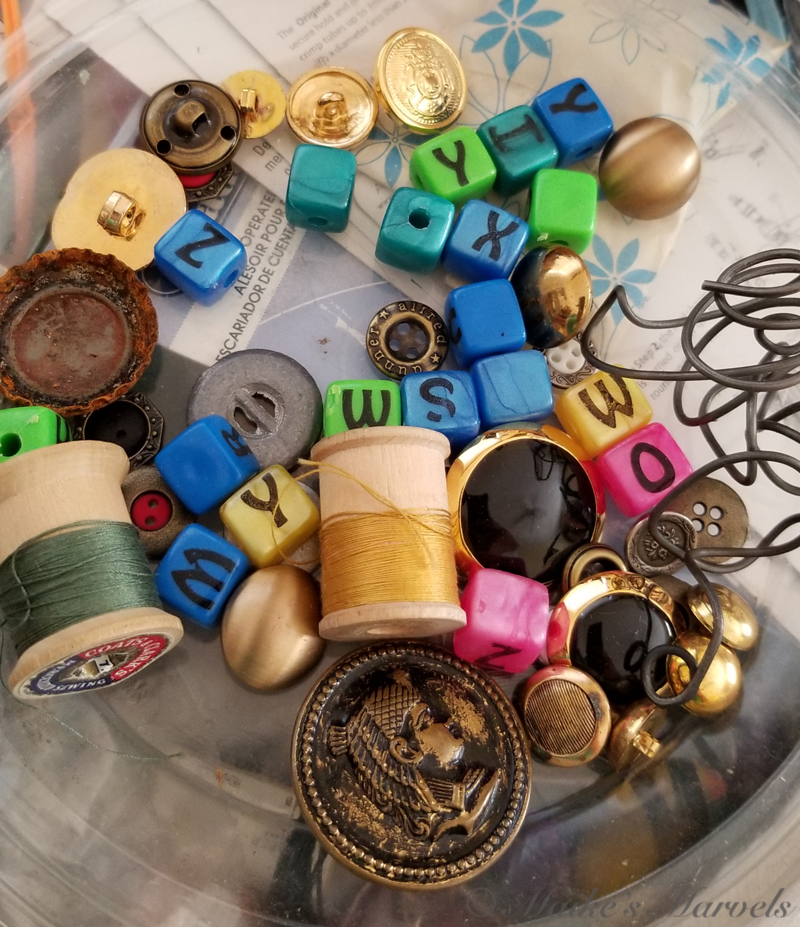 Then my eye fell on a bee creation, and since I had been making the beehive, I figured that could be a jumping off point. You can see the bee brooch on this link. 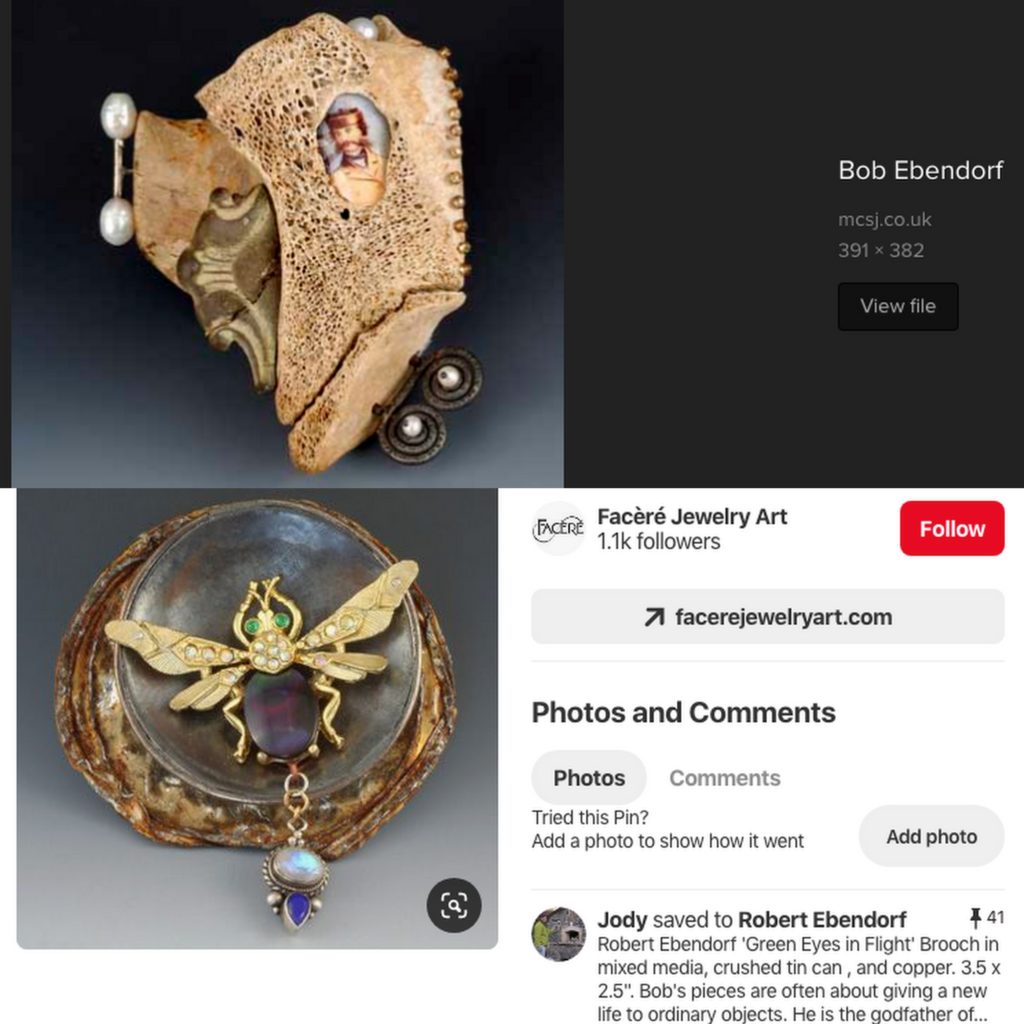 I have been shrinking my original bee design into smaller versions, that are now available as earrings and pendants. 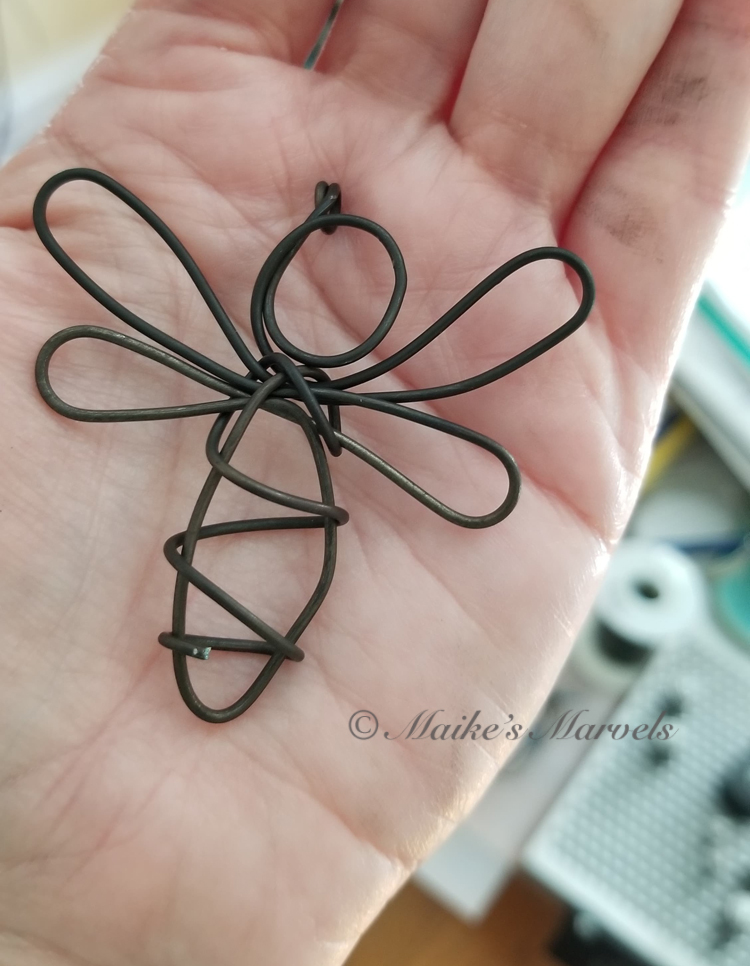 I figured my Bee setup might make for an interesting capture as Brenda demonstrated in a tutorial. My friend had given me a giant penny, which would serve as a medallion. 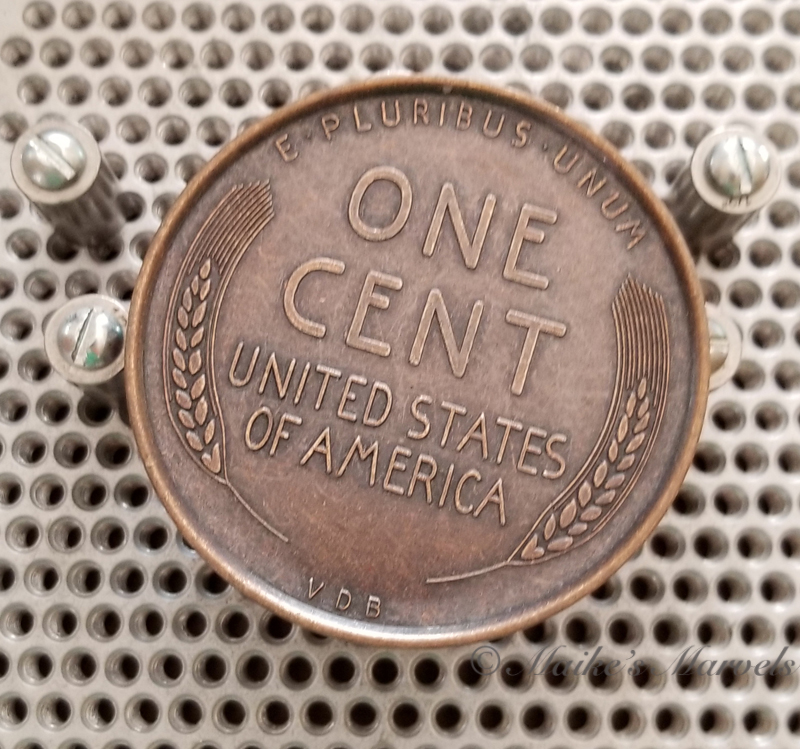 I created the capture, and dangled a mini bee off the contraption.

It still needed more, though. 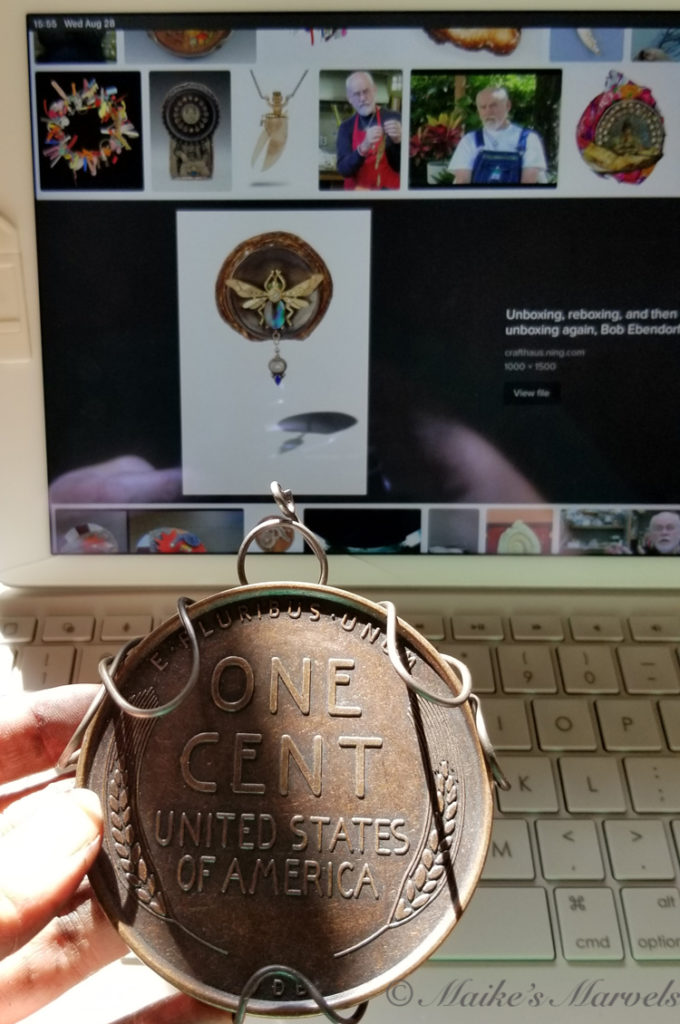 I looked at the square beads and saw I had 3 Zs, so I converted an R to a B with a permanent marker and made BZZZ. Then I figured “Hivy” was close enough to hive to balance the 4 squares on the other side.

When I was looking for NTaJ! videos I came across the Add a Bead tutorial, which served as inspiration for adding the Square Beads, using hexes of course! 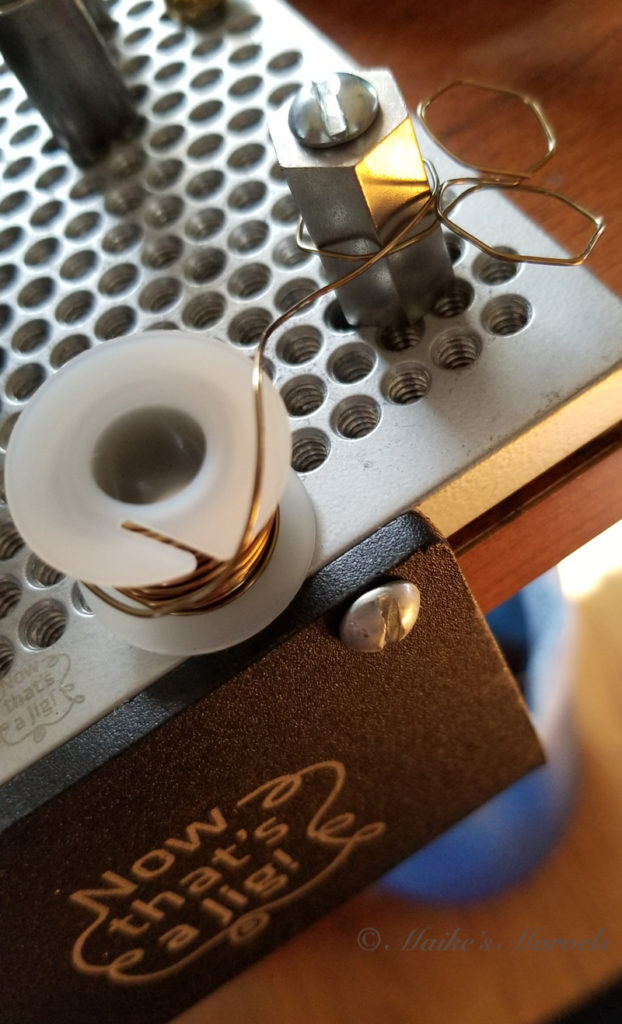 I attached the beads to the Penny using the capture structure. 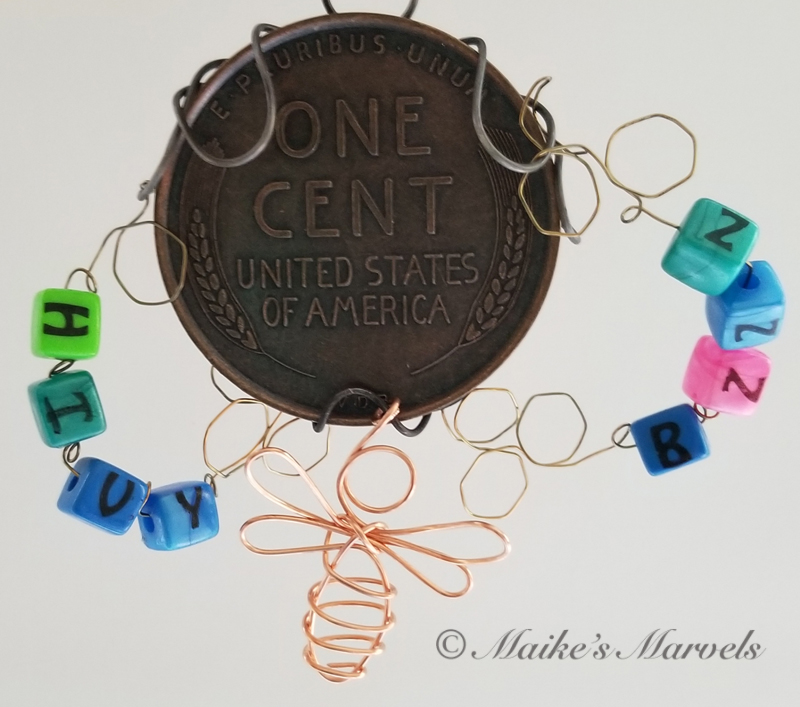 It turned out interesting, and very much out of my comfort zone. I wonder if there is a correlation between bees and pennies, but haven’t had time to look that up. 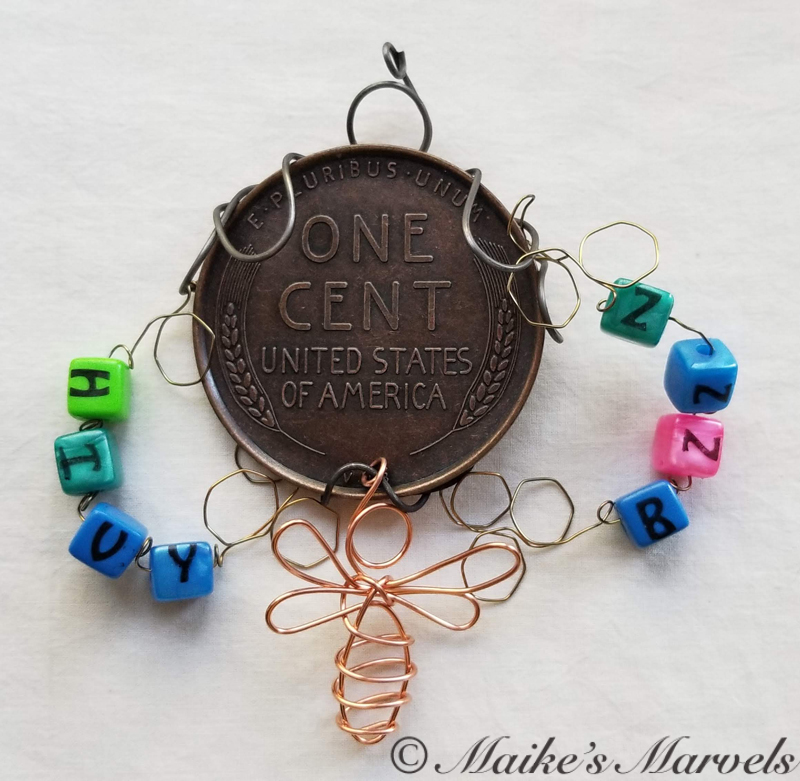 You can see our challenges on the JigUFacturer Facebook group. I adore the other pieces already in the album for this month. This challenge closes September 30. 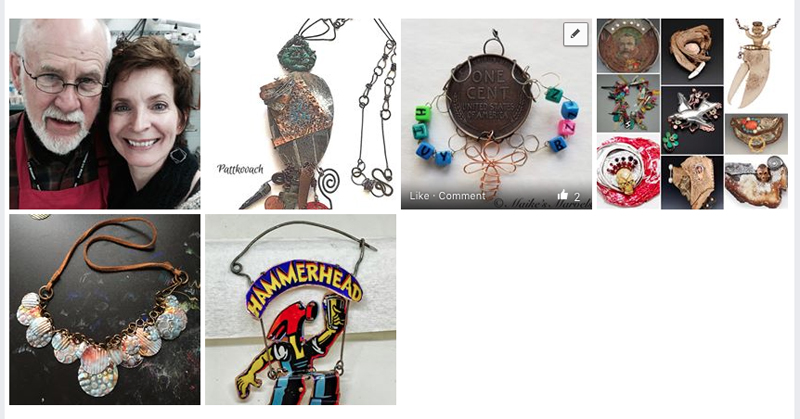