This Saturday, the School for Little Children is hosting a fundraiser. I was invited to submit a silent auction item, so I decided to make a little angel. 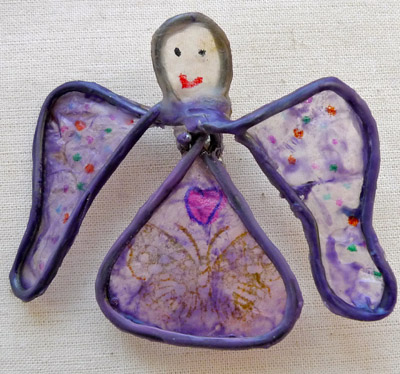 It was fun to dress her up. 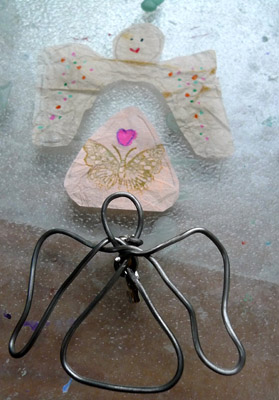 She is a pin, to serve as a guardian angel on a lapel or maybe a backpack. 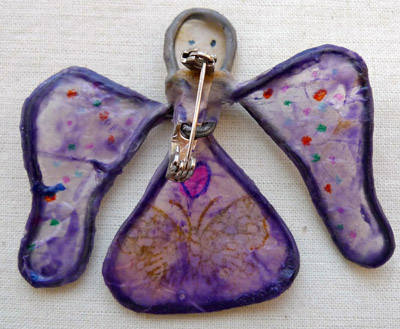 I made other pieces during that studio sitting as well, with my wire getting funky at times. 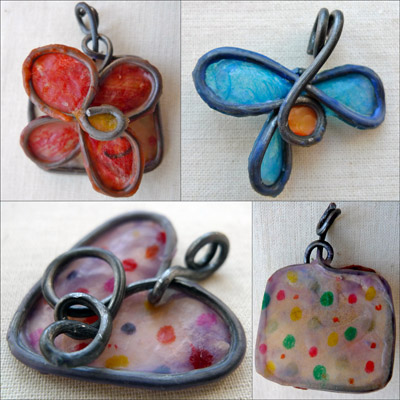 A Theobromide scrap became an additional Princess Scientist pendant for the auction. 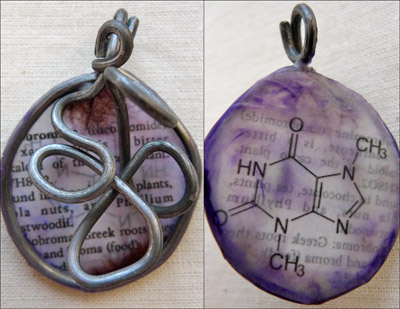 Meanwhile some dragonflies wanted to be desktop minis, which will go up on Etsy soon. 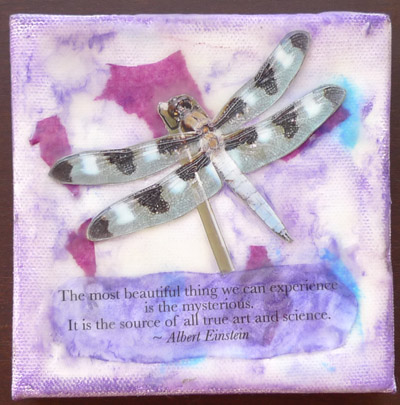 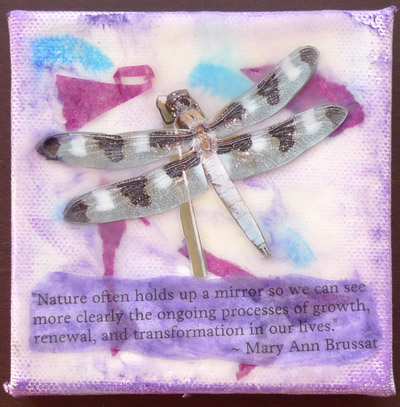 Song of Solomon 2 was on my mind the day after Valentineâ€™s Day, which resulted in these two love-related pieces. 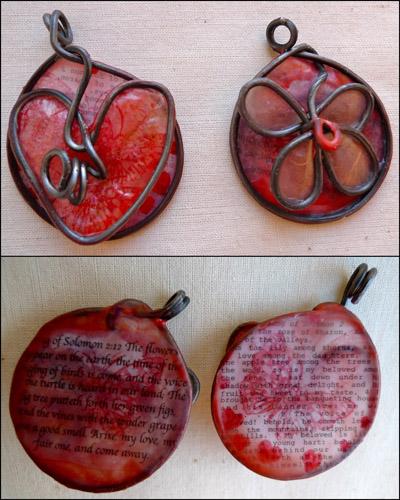 My new Maraviglia pendants aren’t going up on Etsy just yet due to another project in the works, but if something catches your eye message me and I’ll hold it for you. 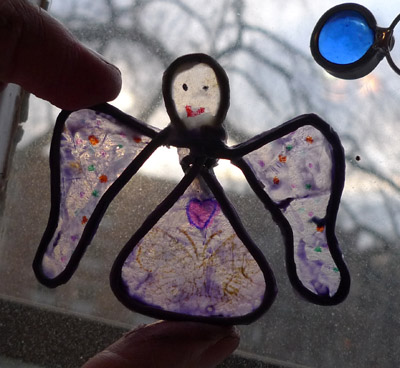 Wishing you a creative rest of the week!