Between fairs in November and December I also sent off a few commissions. Through the Wilder Mansion Girls’ Nite Out I met a person who wanted an heirloom earring converted to a pendant, the way she had seen in my display. Throughout the process I had to gauge my strength no not break this lovely resin rose, and in the end my jitters were rewarded with a lovely pendant. 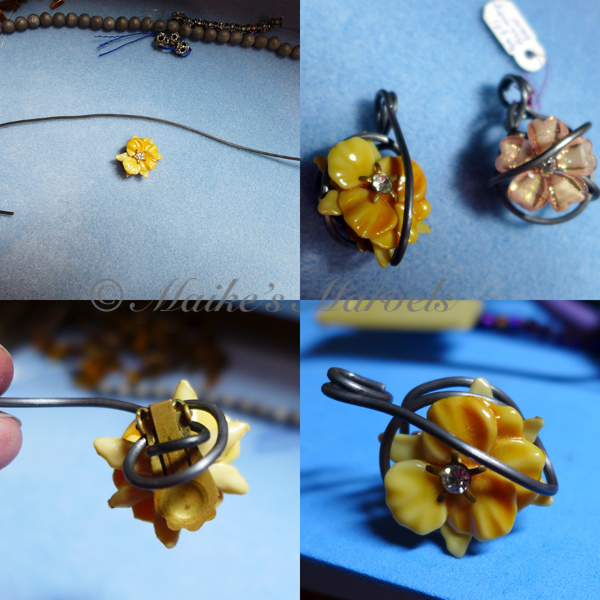 My aim was to not use glue in the process so the earring can be re-purposed in the future as needed. Another customer ordered a bangle at the Holiday Show which was super-fun to create. I really like this bead combination a lot. 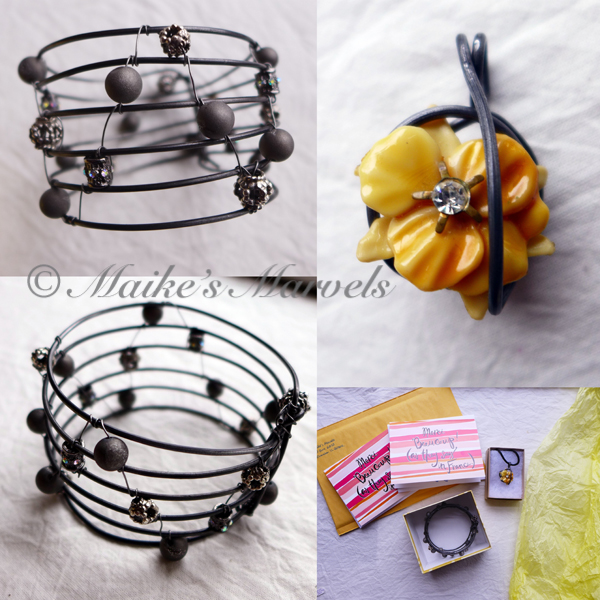 My Rainbow Angels went from Facebook posts to orders, and I sent several off to new homes. My Facebook angel album also garnered two other shipments. 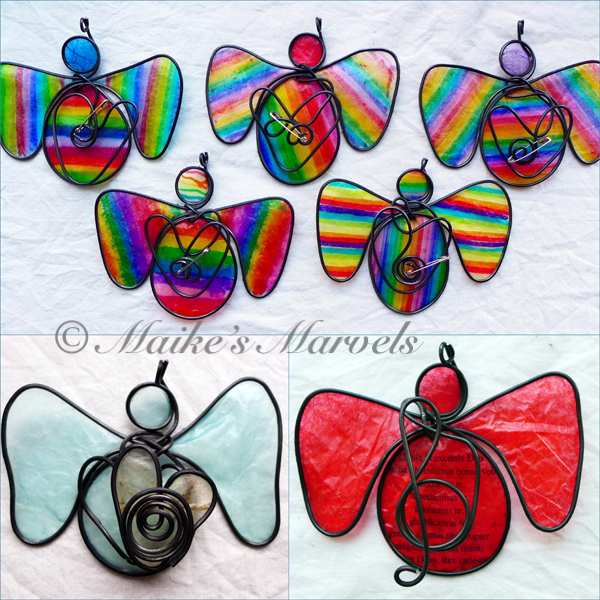 A few more special angels went to friends’ homes. I am so grateful for all the support I received during the holiday season. It is validating to see your creations be a cause for delight on other people’s faces and to actually sell them to appreciative customers. This season showed growth compared to last year, and while it is small growth, it gives me hope to keep working at carving out an artist career. 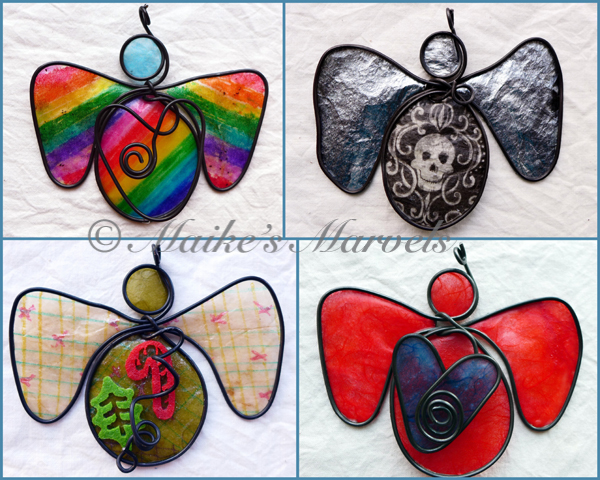 I had consigned at The Collage Cafe, which was rewarded by some sales as well. I am excited to have joined the Grown*UP Girls Club this year for gatherings of creativity, inspiration and community. 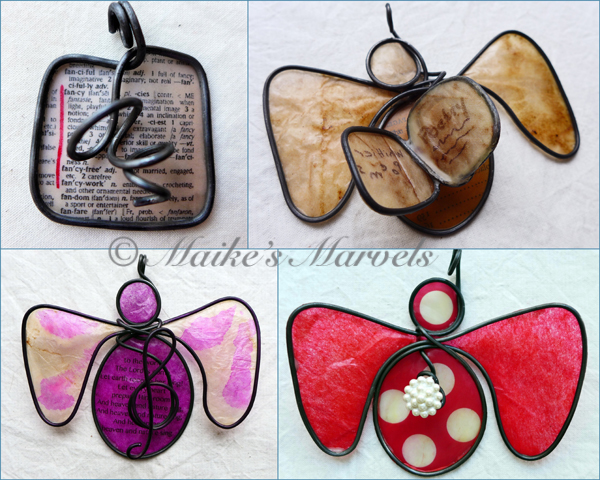 A pair of ornaments also stood out at ChromaK8. 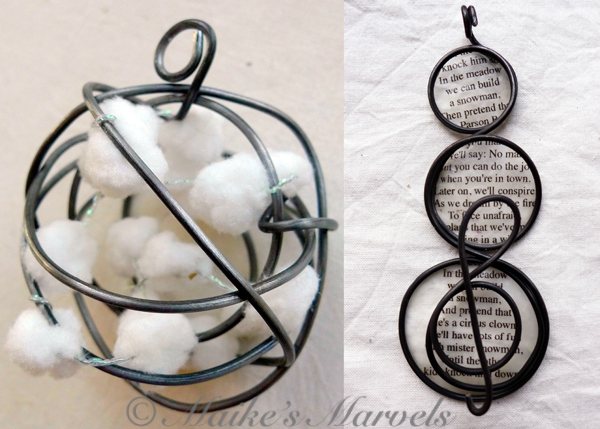 My holiday run at Sacred Art in Lincoln Square also proved beneficial. This store is such a delight of locally created gift items and home decor. 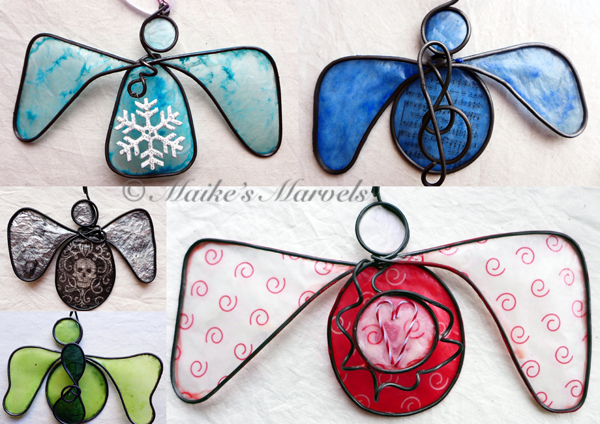 I am uploading my remaining non-seasonal angels in the shop this week, and look forward to sending more of them out into the world. We sure need some angels right now…