I always have a bit of a hangover after a weekend fair, and this week is no different. 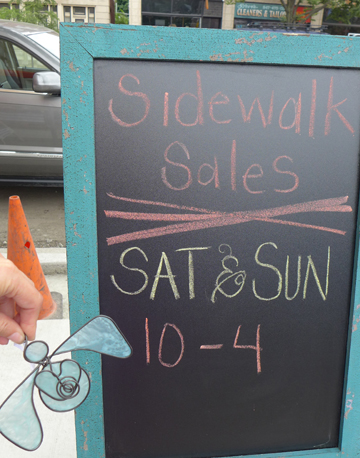 The Sidewalk sale was lots of fun, but setting up and tearing down two tents 6 times is a workout. 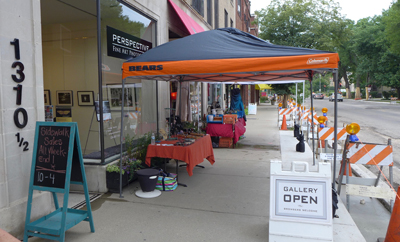 Construction workers had just finished pouring cement when we started setting up but they were eager to help us maximize our space. 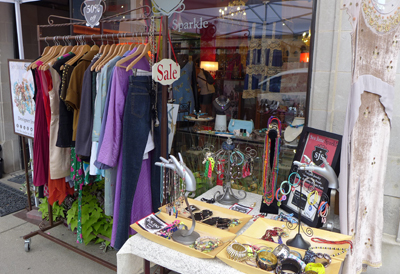 Soon we were set up and ready to greet shoppers. 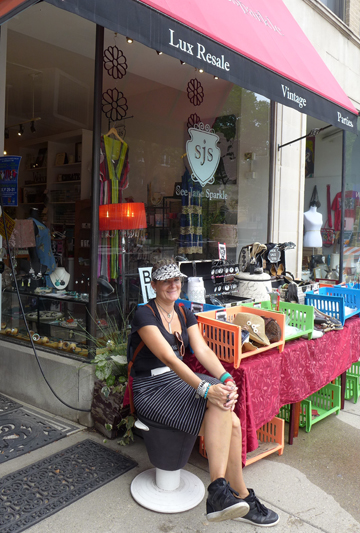 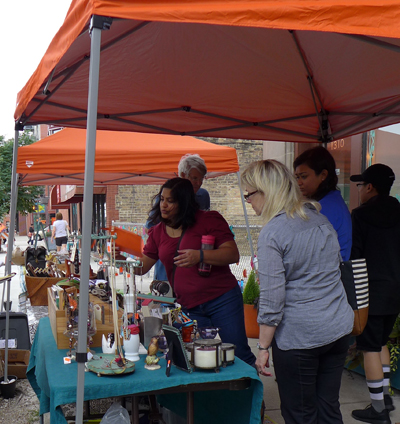 On Friday afternoon Sara Jane decided to move the party inside when the radar indicated rain, and I was glad for that decision. 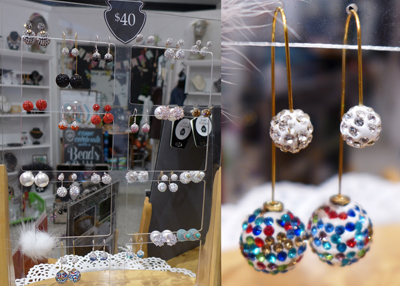 Sparkle Angel had fun with the sparklies, and so did I. 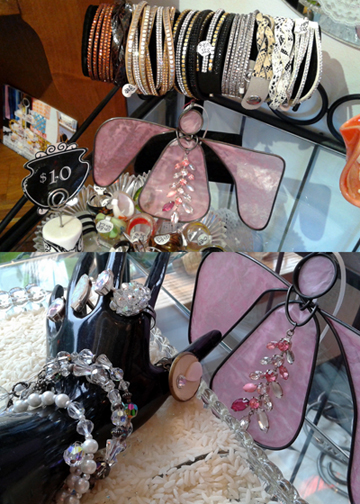 I met a friend at Sketchbook after the sale, and love their new taproom. 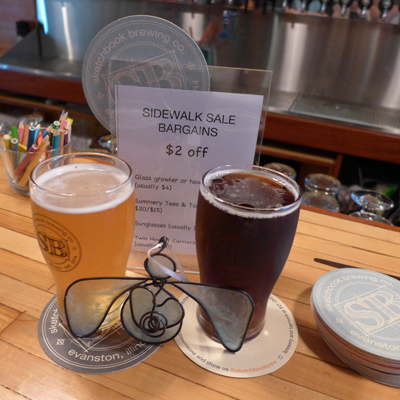 Saturday morning was overcast, but later the skies cleared up. 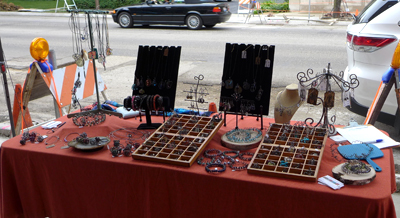 A Pedi-cab gave lifts to downtown or Main Street for additional sidewalk explorations. 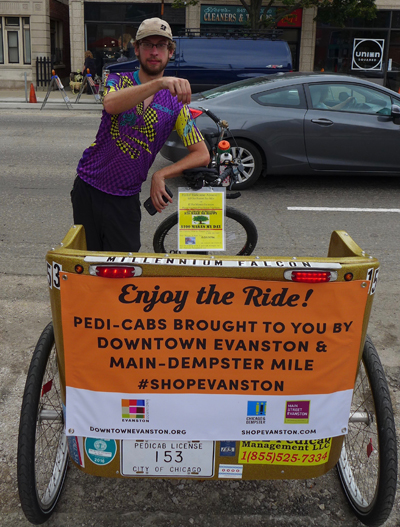 Lots of friends stopped by.

It was Christmas in July at the Stumble & Relish table. 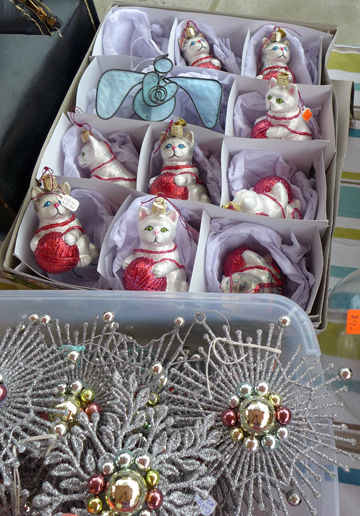 On Sunday I decided to take the Angels outside for some air. 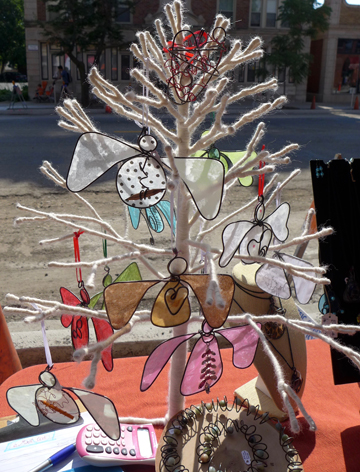 It is fun to rearrange the setup each time. 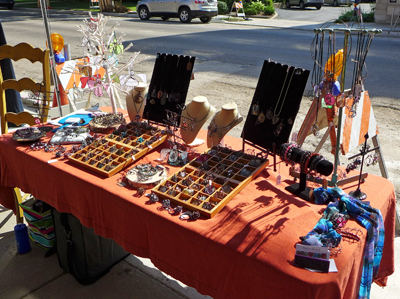 Stumble & Relish had lots of deals throughout the weekend. 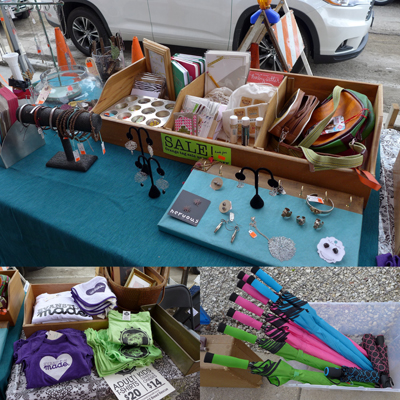 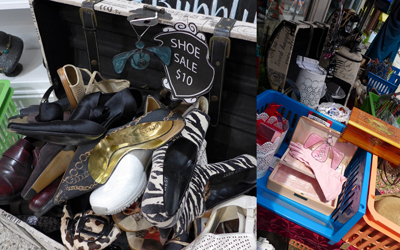 Most people on Sunday were looking for slashed prices, which is good to know for next year.

I took home some bargains myself. 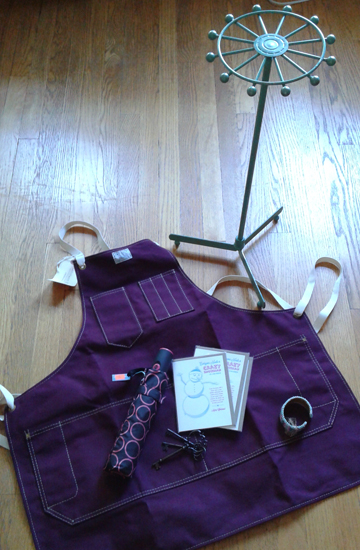 Quite a few pieces were adopted, which makes me happy. 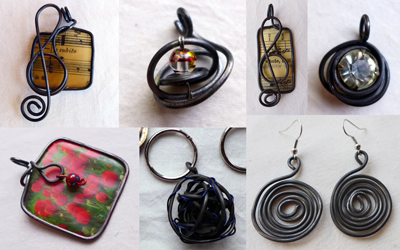 Some of my inventory remains at See Jane Sparkle. 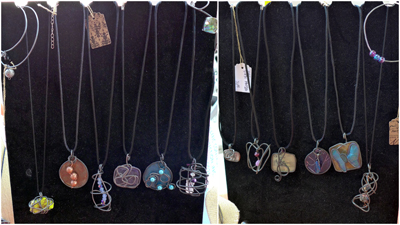 Sara Jane kept the Swarm, so go peruse my butterflies, dragonflies and ladybugs in her store.

I hope they go home to new owners soon.

Iâ€™m taking a pop-up break in August, so youâ€™ll see me next at Platt-A-Palooza on September 3 in Bloomingdale. 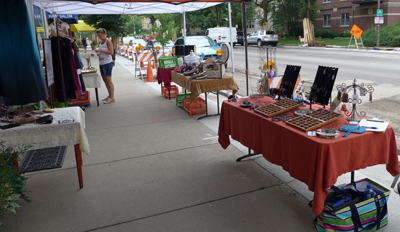 Meanwhile, you canÂ peruse my pieces at The Collage Cafe and ChromaK8 Beautique as well.