It’s October, which means another month for another Now That’s a Jig! Challenge. For this month the JigUFacturer Design Team was asked to incorporate found objects into a NTAJ!-created wire form. Alternatively, we could use a Fall theme. 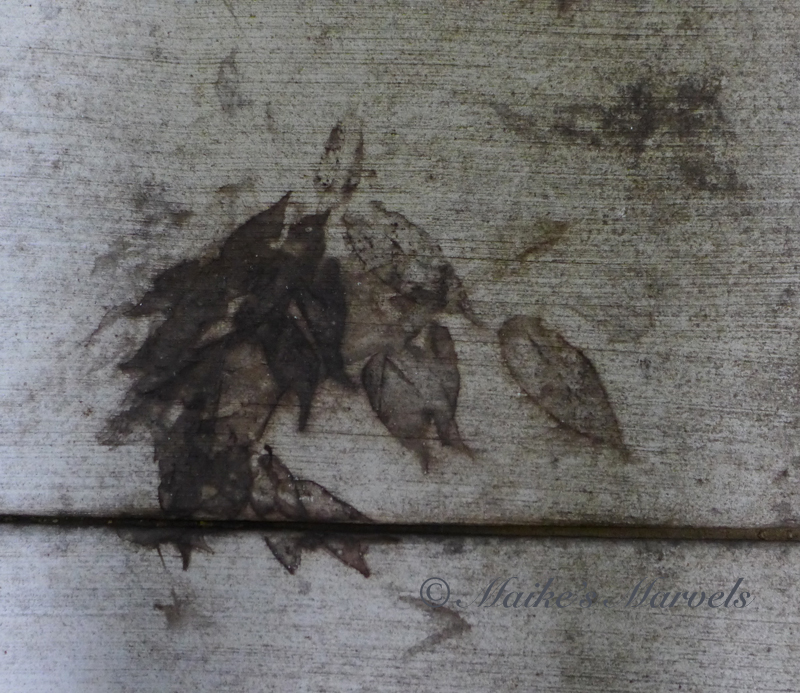 On one of my daily walks I found some early Fall leaves, so I knew I could double-dip. These leaves were quite fragile once I dried them, so I gently encased them in encaustic medium after freezing off the critters. 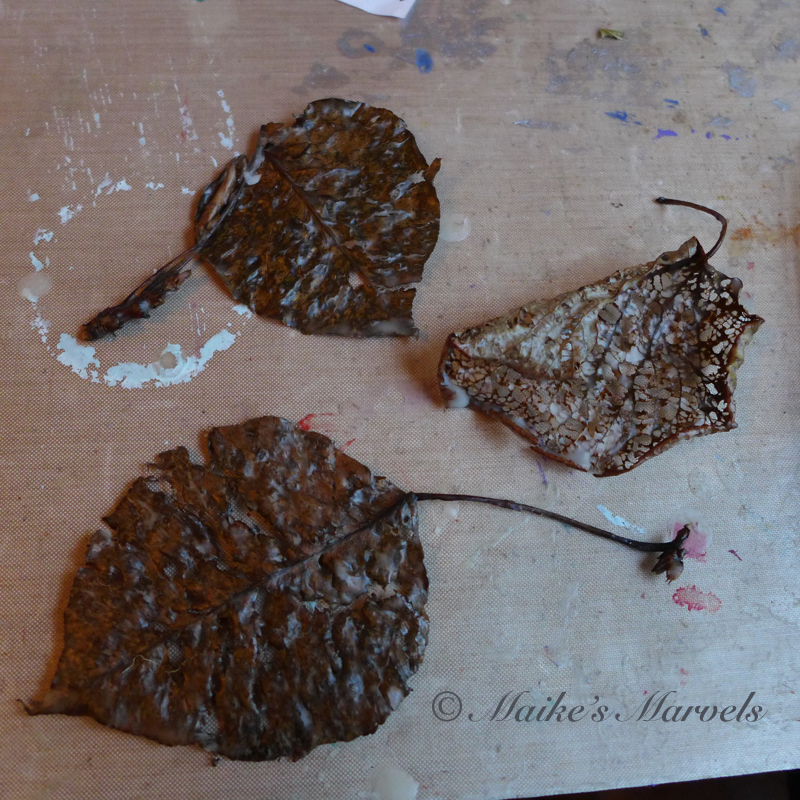 Then I used the large oval and round Banglesizr pucks to create shapes in garden wire. 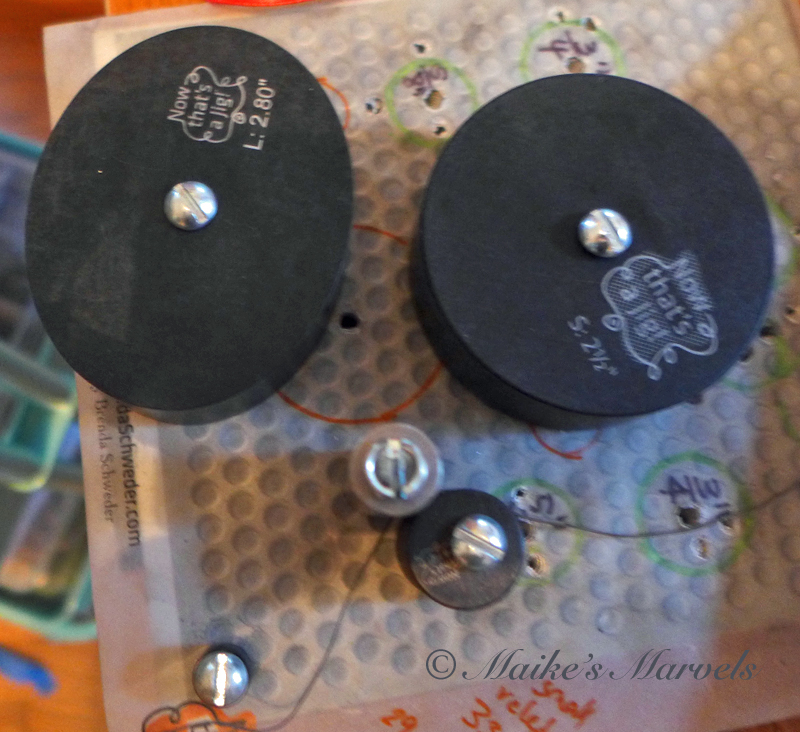 Because the leaves were so delicate, I didn’t want to overpower them with the regular steel wire. 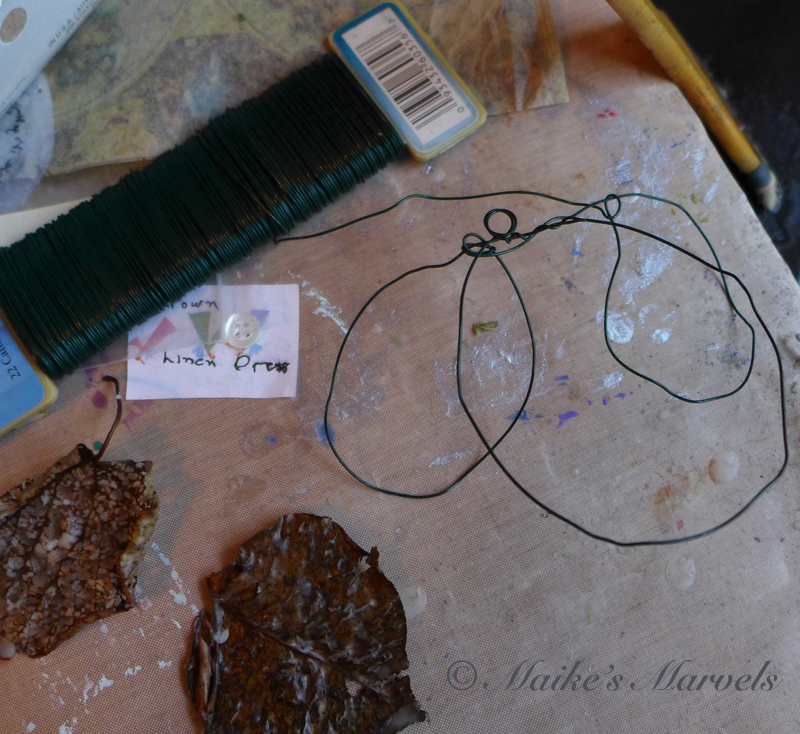 To add a bit of interest (just making circles was boring), I also made some infinities on the Now That’s a Jig!  I don’t recommend this while holding the fragile leaf, but I had already attached it to the wire. 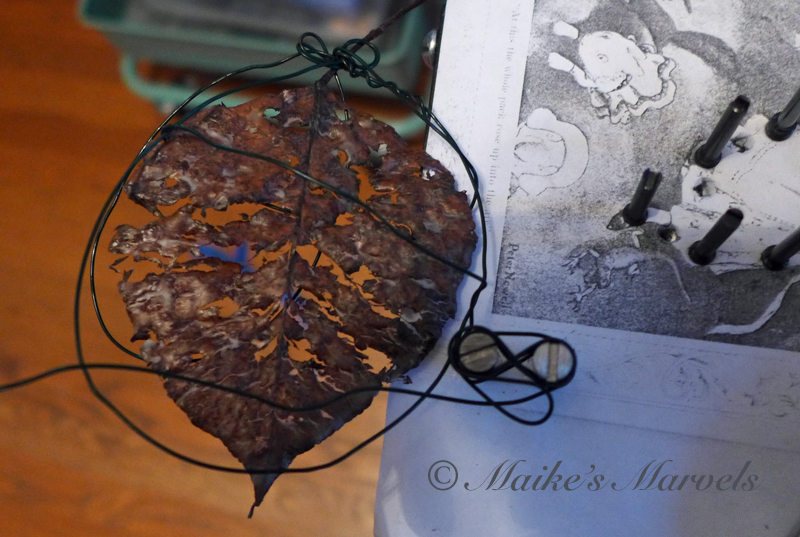 While making sure the leaf wouldn’t fall apart on me, I gently created some infinity texture as a background. 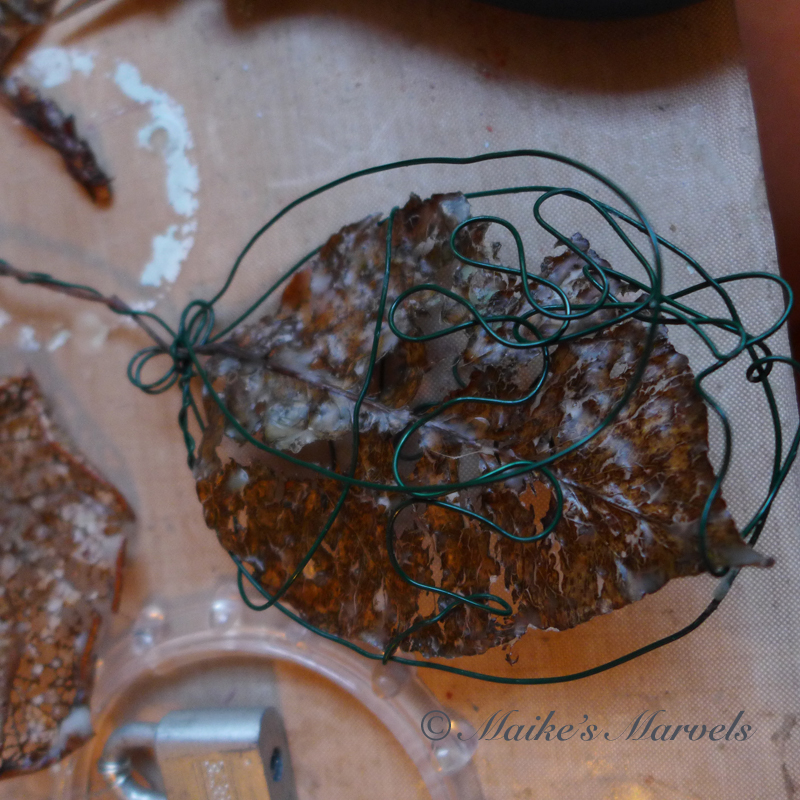 Then I wrapped another leaf in copper wire since the dark green was fading a bit. 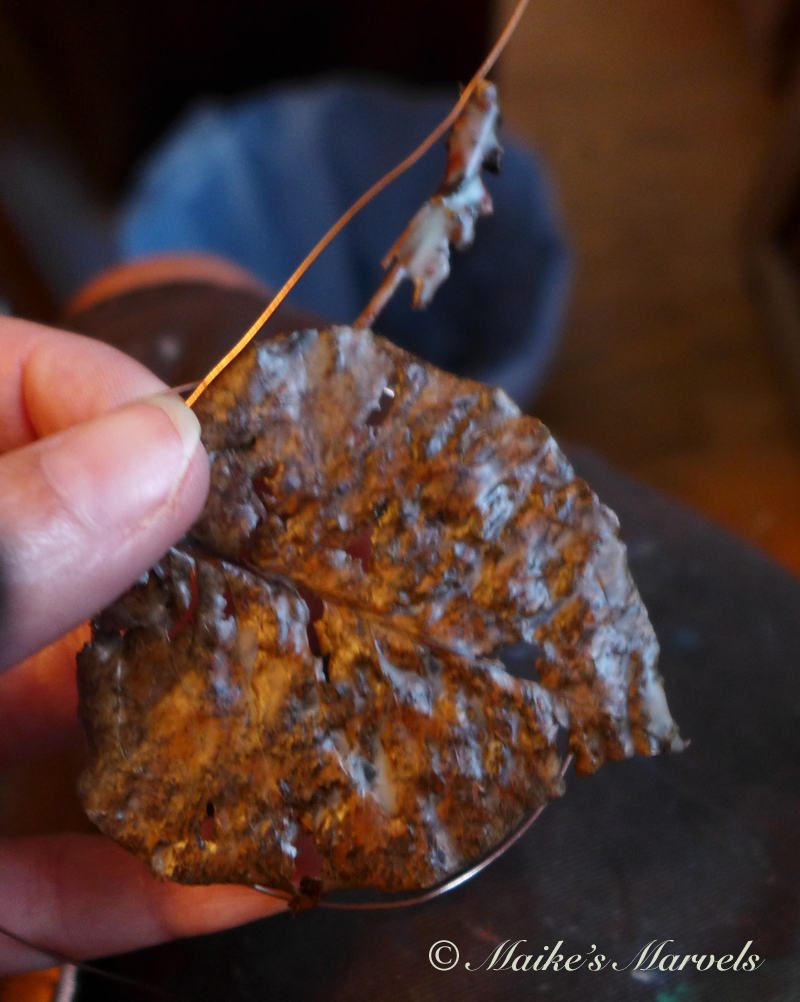 The waved leaf was the most challenging of the three, and I gently shaped the backing wire to mold after its natural form, secured it with wax, and then added all the layers together. 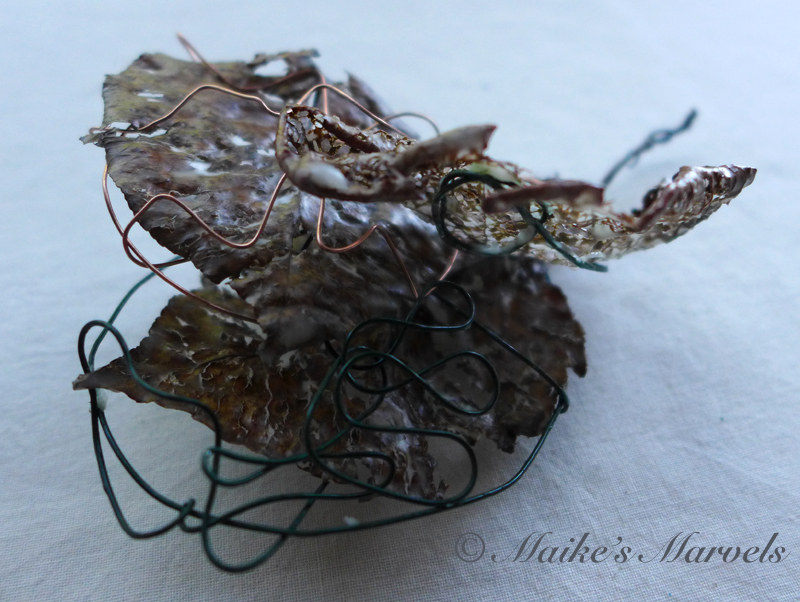 It doesn’t photograph well, but I do like this blend of industrial and nature into a whimsical ornament. 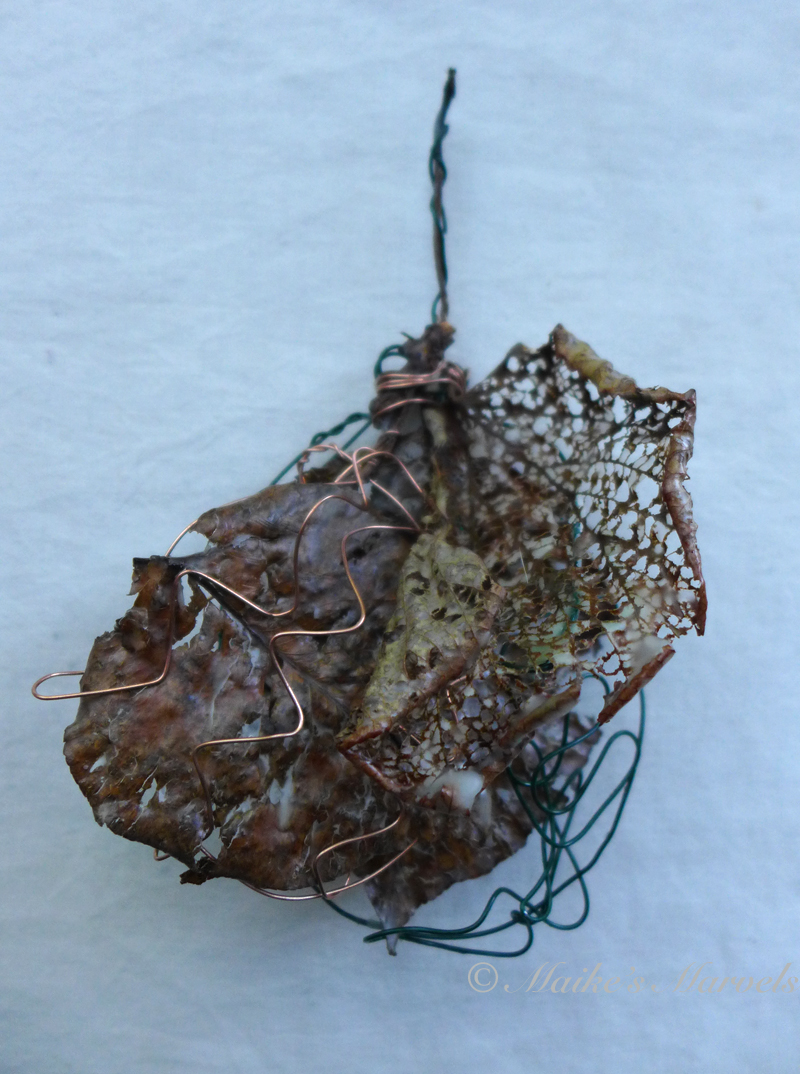 So many tiers and so many angles. 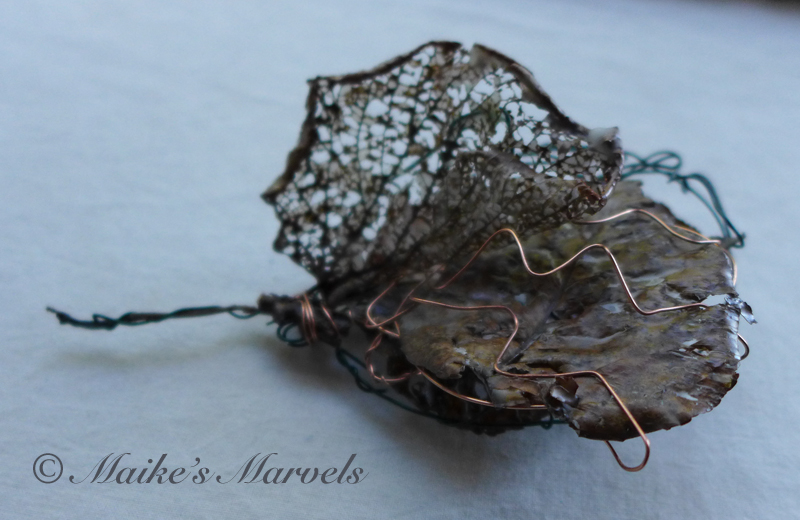 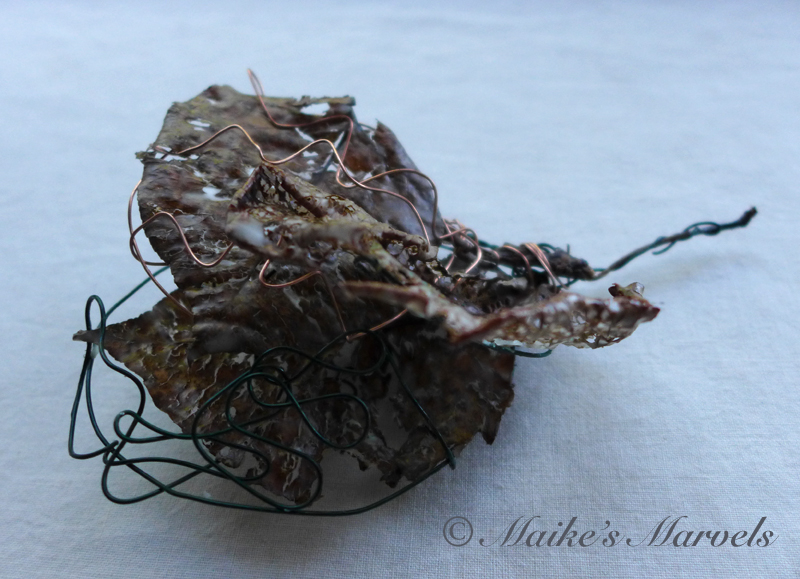 To truly go along with the found objects, I actually found a plastic circle on one of my daily walks. I wanted it to frame something, and went rummaged through a ‘grab bag’ I had purchased at The Collage Cafe a while back. Locks and keys spoke to me. 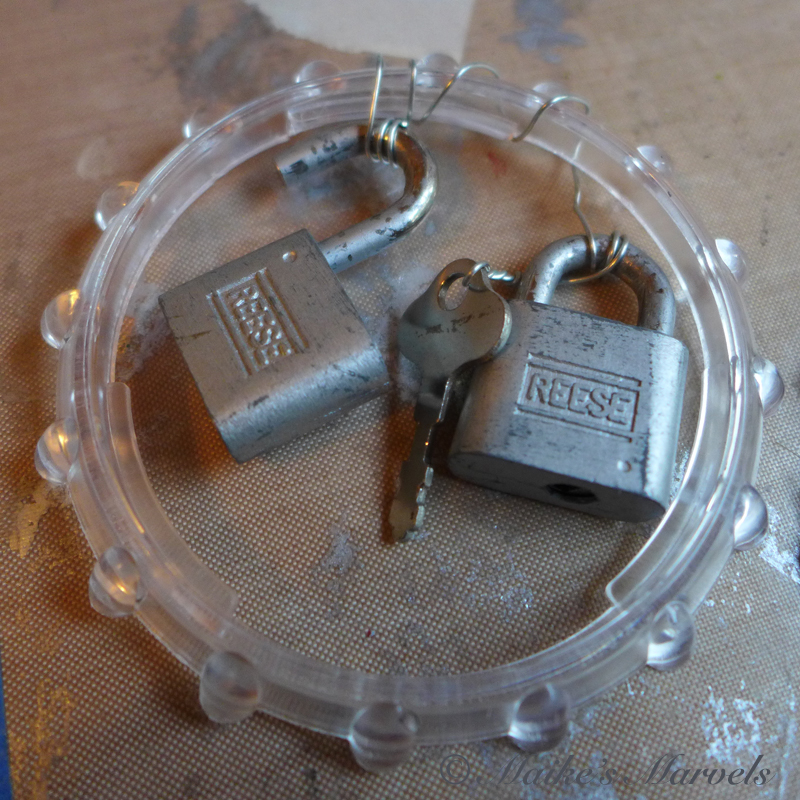 Once I had secured them I decided to make some patternedwire based on setups I had seen from other JigUFacturers, and likely during my training session as well. 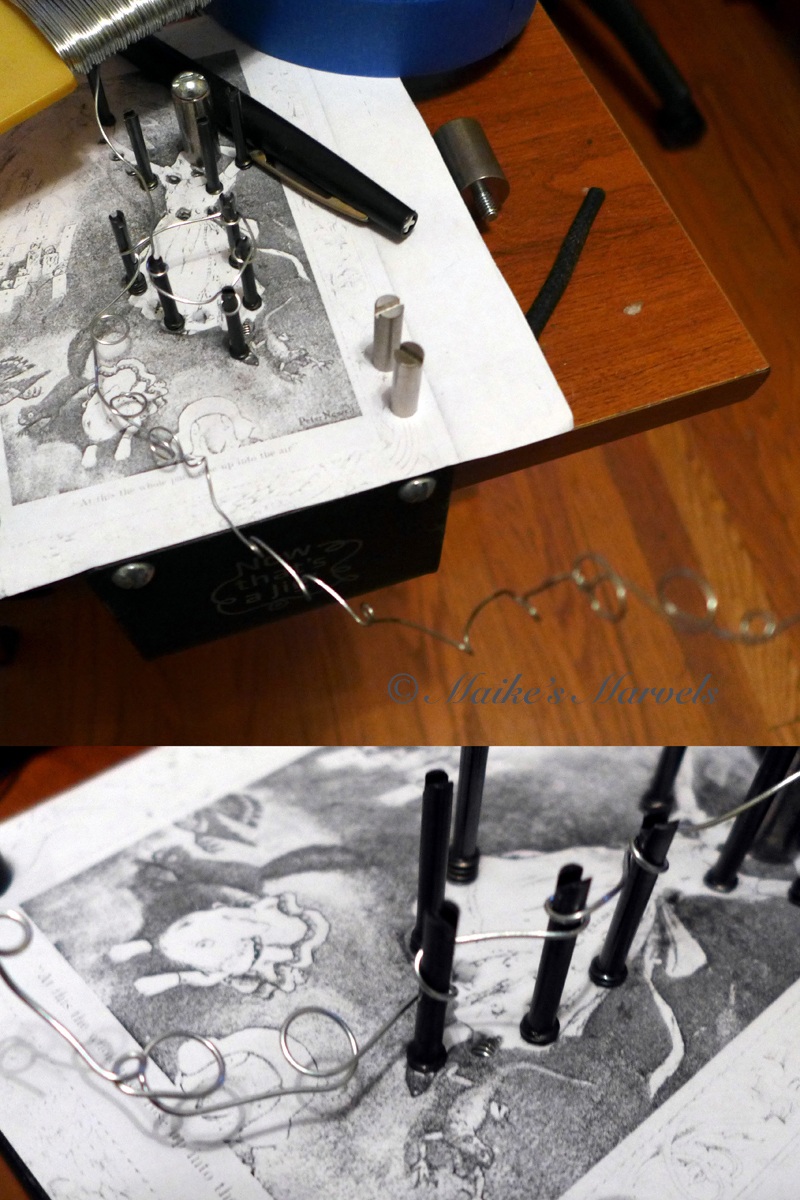 You can see I still had my Alice setup in place.

After some whirling and twirling, this found object challenge was complete. 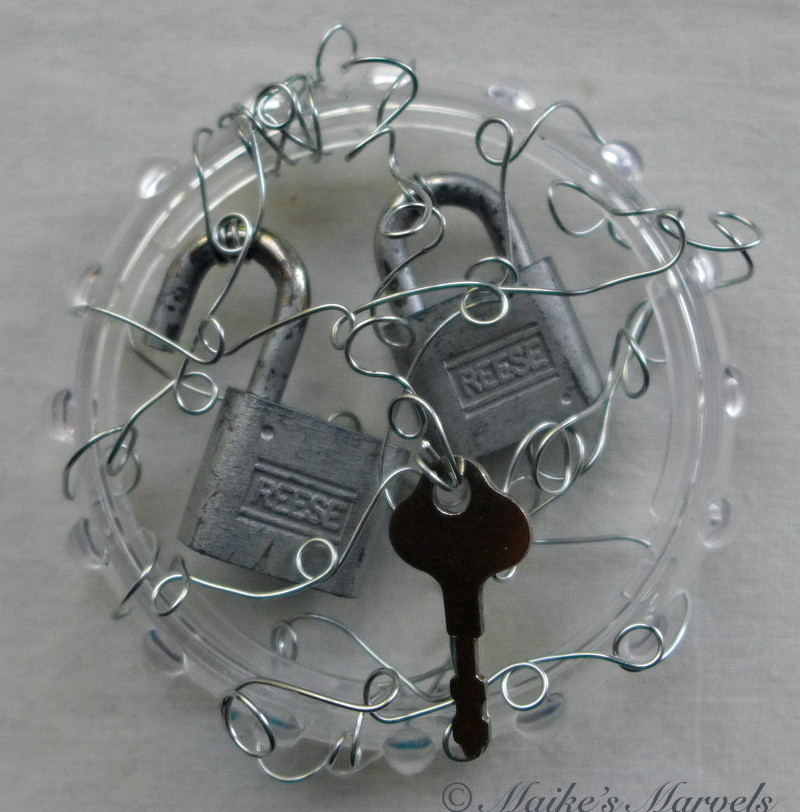 The locks are too heavy for a paper backing, and I like it the way it is. But I might dismantle the whole thing and do something else with that plastic rim in the future. Head on over to the Now That’s a Jig! Group page to see what other wire wranglers are doing with this Now That’s a Challenge!