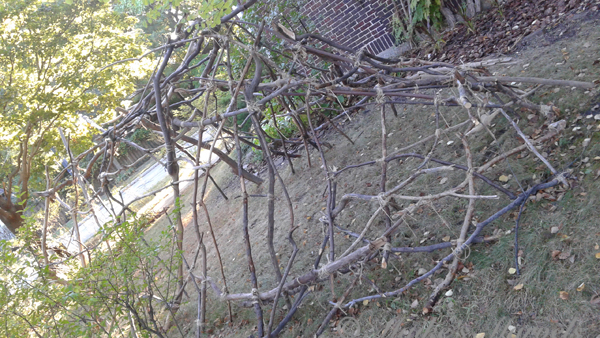 I started with The Beloved Community by Ben Blount. His collaboration with 40 artists resulted in a miniature community with a small Black Lives Matter yard sign to demonstrate neighborhood unity. 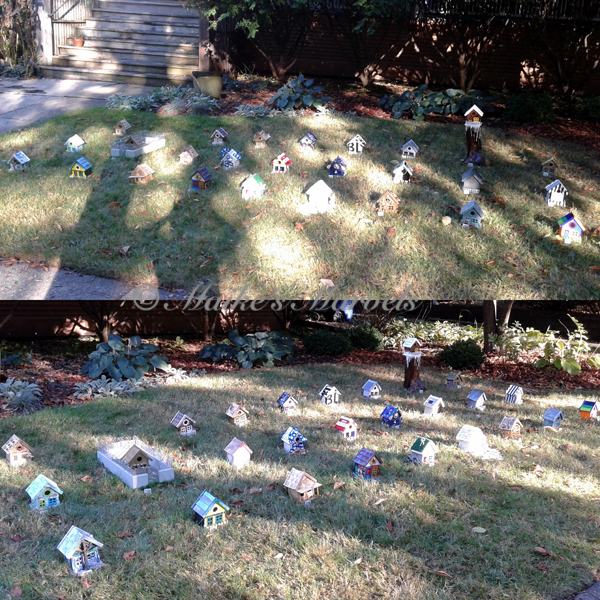 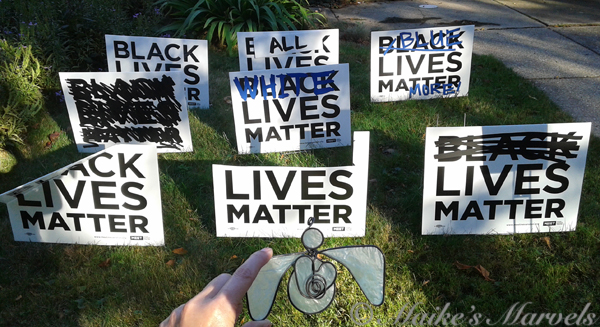 Near Ben’s installation was Laurie O’Brien‘s Dislocation, a birdhouse installation that held a miniature cinema. I felt like I would be trespassing to check out the piece closer, so I didn’t see the miniature film that is held inside. 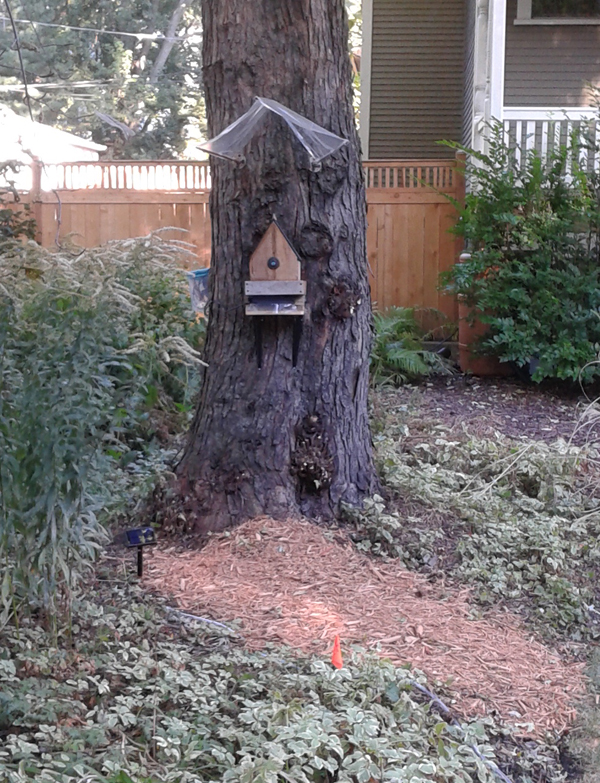 On a sign was a poem by Niki Nolin, who also has a video installation in the exhibit. 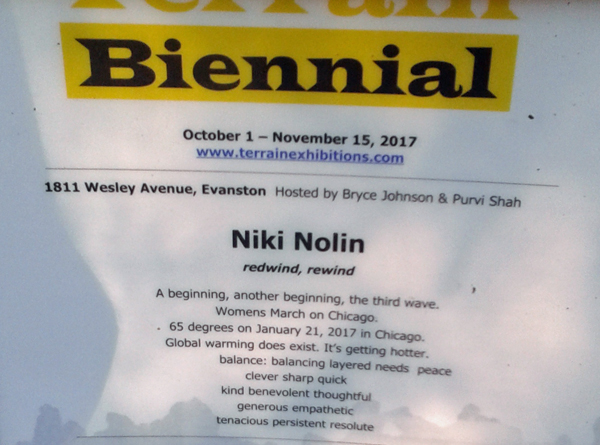 I drove to the next location, Shawn Decker’s The Night Sounds. There was a definite hum coming from the bucket installation suspended between two trees as Cicadas were singing on a warm afternoon. A small motor activates this sculpture that is also going to change sound as rain falls into the buckets. 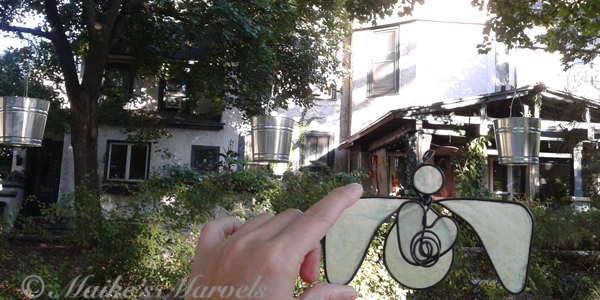 Next for me was 24 Hour Psycho (With Apologies to Douglas Gordon) by Patrick Lichty and Mat Rappaport. I heard an eerie soundtrack but wasn’t sure where to look for the actual video loop associated with this installation. A few signs were already written on, and I added my message (not pictured). I look forward to returning to this one to see how it evolves. 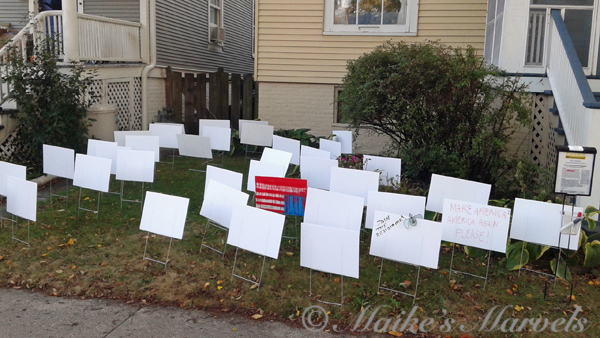 Another installation to return to is Kristin Mariani’s Off Shoot. She will continue to weave this photoluminescent thread for the duration of the exhibit. 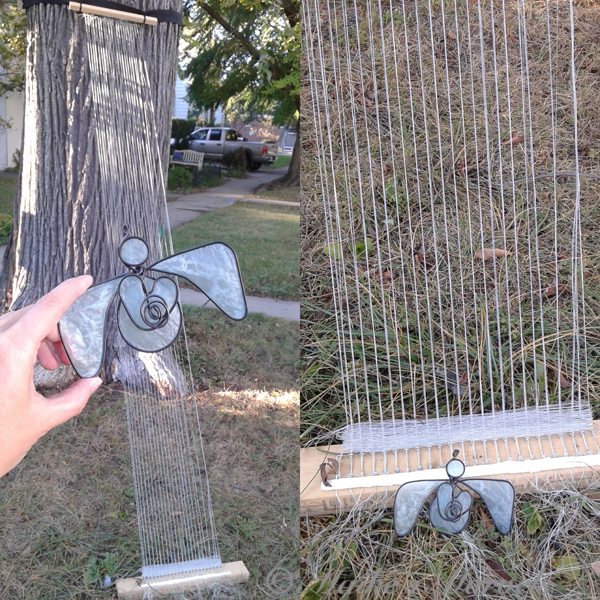 On Lake street, I visited Kevin Valentine‘s The Structure of Memory. His structure of woven together branches is dedicated to the widows of Iraq. “The created space is for contemplation, remembering sacrifices made, representing the complexity and hollowness of life after conflict, but also for hope, rebuilding and peace. These found sticks and driftwood were used by participants in drawing symbolic lines in the sand in memory of and solidarity with the millions of uncounted widows from decades of strife in the Middle East. Each branch is dated and signed by participants who marked half-a-million lines in the beaches of Chicago, Evanston and elsewhere over several years.” 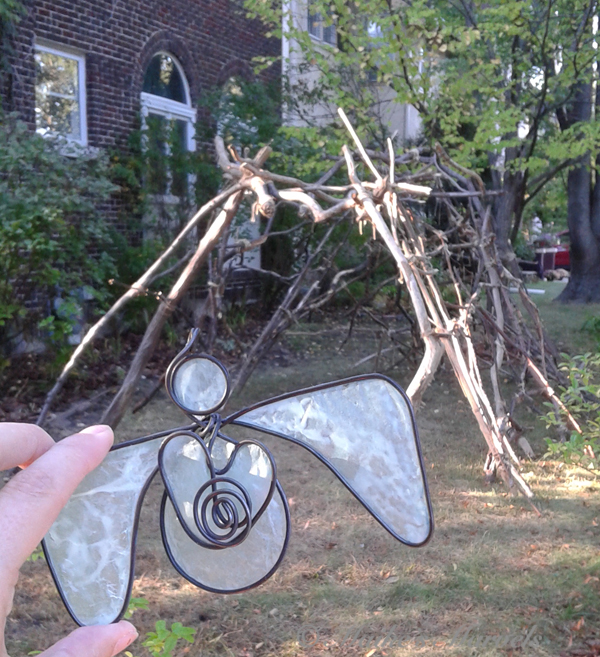 Next I walked over to Paul Catanese‘s Aerial Reference Studies, using reference markers used in aerial cartography. It would be cool to view this one from up high. 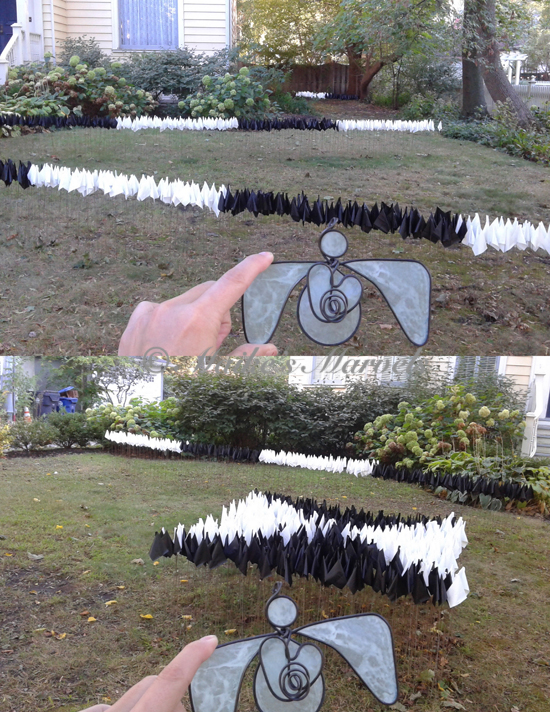 My last stop was Anne Stevens‘ Sleeping Giants, representing the mountains that resemble humans. “We are the sleeping giants now, moving at a glacial pace as our country twists and turns on a new axis. Our local lives continue “work, school, eat, sleep” but we struggle with erosion of policies that protect our democratic society.”

Founded in October of 2011 by artist Sabina Ott and author John Paulett, Terrain Exhibitions and The Terrain Biennial repurposes private spaces such as front yards, porches, or windows, turning them into public spaces in order to foster dialogue between neighbors and provide opportunities for artists and viewers alike to experience new perspectives. 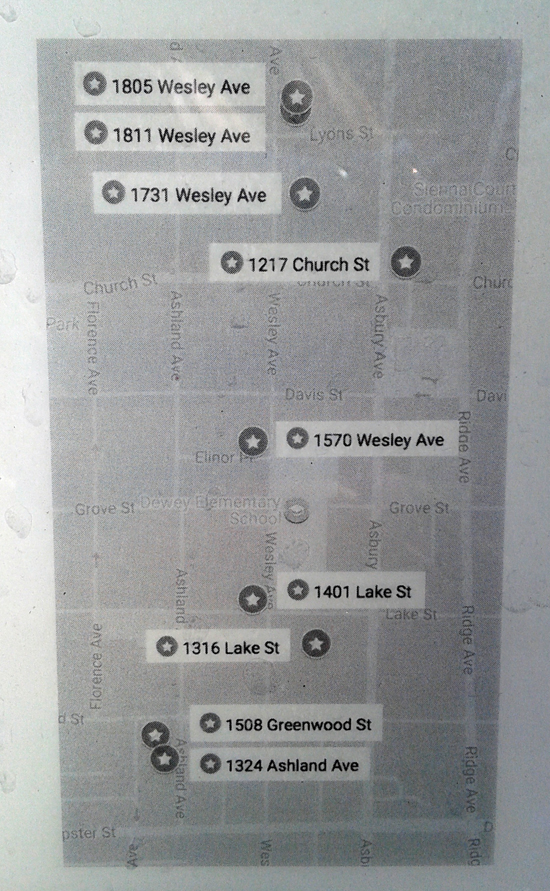 Along the way nature inserted its own art. It is fun to become more observant in neighborhoods and see art that isn’t labeled as such, but can be enjoyed nonetheless. 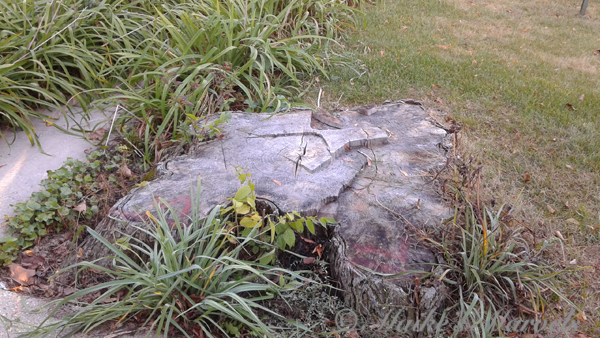 There was also a fun whimsical garden installation that gave me a chuckle. 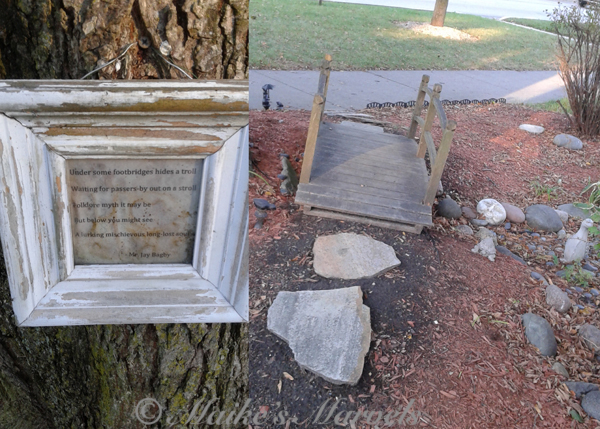 This year, 115 sites and more than 115 artists are participating in the Terrain Biennial. Projects include sites across Chicagoland, Springfield, Iowa City, Los Angeles, Tucson, and Marnay-sur-Seine, France. For more information on The Terrain Biennial, including the 2017 partnership with Chicago’s Department of Cultural Affairs and Special Events (DCASE) visit the FAQ page here. Learn more about Chicago’s “Year of Public Art” here. 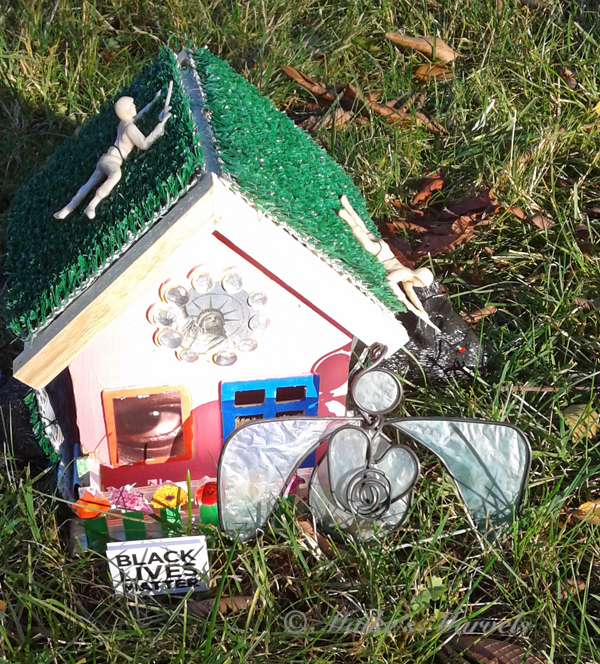 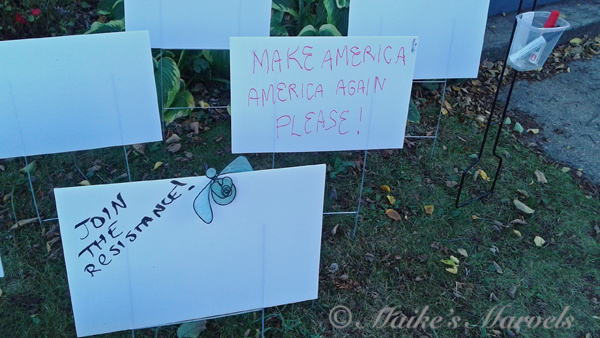