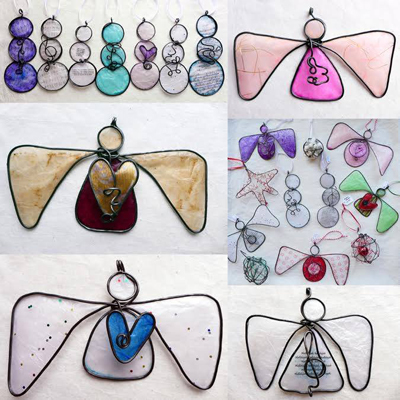 The fun begins Friday, November 6Â from 4 to 9 pmÂ and we continue Saturday, November 7 from 10 am to 4 pm. On Friday evening CafÃ© Amano will offer wine by the glass for sale. You can also enter a raffle and receive retail coupons. Sponsored by the Elmhurst Park District and produced by RGL Marketing for the Arts, Inc., this event has no admission fee. 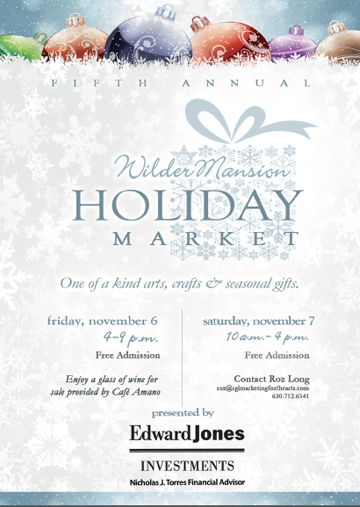 The Wilder Mansion and Wilder Park was acquired by the Park District in 1921. Seth Wadhams built a home called â€œWhite Birchâ€ in 1868 on the site. It became home to the prominent King and Wilder families until 1921.

The mansion housed Elmhurst Library in 1922. In 1936 the exterior of the building was changed with new pillars and a south wing. The library moved out in the mid 1990s, making the Wilder Mansion a historical landmark that provides an ADA compliant multi-use space for the Park District and community. 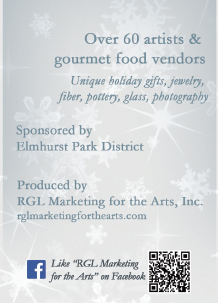 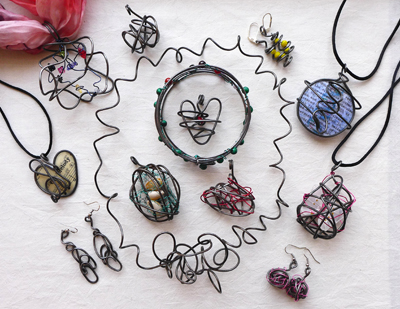 I love the sneak peeks on Facebook and look forward to perusing the market and hopefully shopping a little bit myself.