Last week I visited the Elmhurst Art Museum, which has two lovely exhibits up.

The cartoon-like works of the Forced Field exhibit by Hebru Brantley seem cheerful at first, but have an underlying message that is more serious. Hebruâ€™s Flyboy is a recurrent theme, based on the Tuskegee Airmen from World War II. 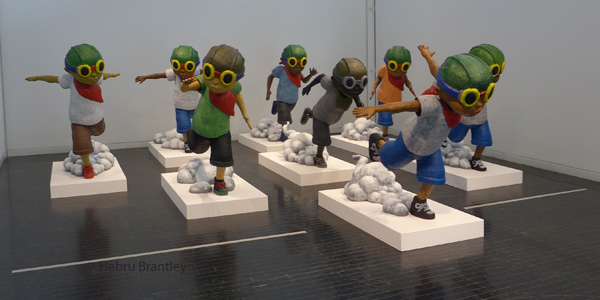 The collection is a vibrant array of 2-d and 3-d art, and the power of repetition is clearly illustrated in both his painted and sculptural works.Â His Lil Mama character is also featured in the exhibit. 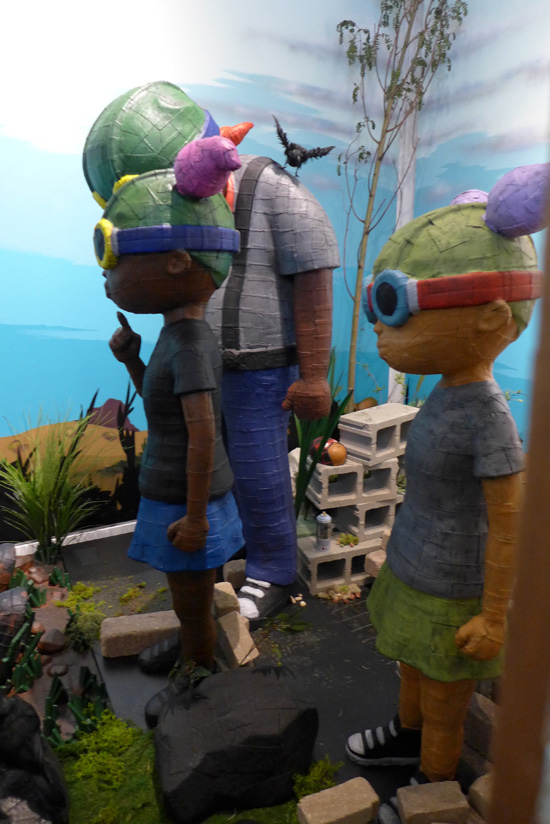 In the exhibit notes, the works showcased at the Museum also allude to the way communities keep each other in check, not wanting a person to break out of the mold. It is interesting to consider that we want our younger generations to excel, yet if they get too adventurous those around them will over-protect and try to reel them back in. 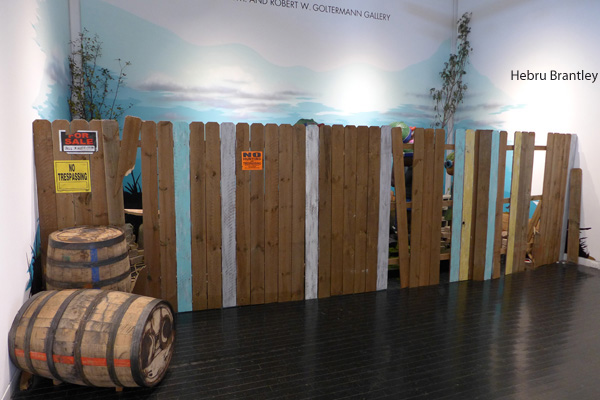 The title â€œForced Fieldâ€ is a reference to South Siders not letting anyone go past a certain point of their neighborhood out of fear and/or ignorance. 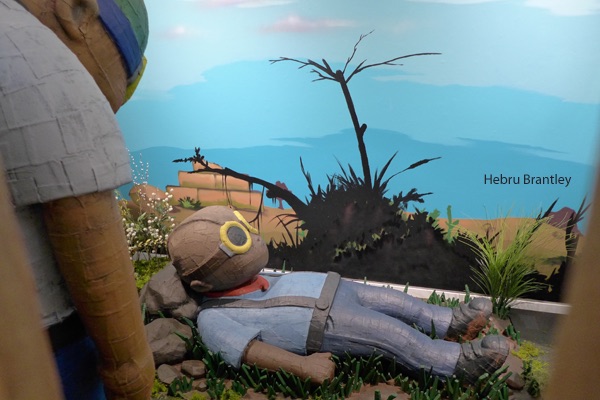 The titles add a sinister dimension to the vibrant paintings on display. Some were over my head, but others indicated the state of the nation very clearly. 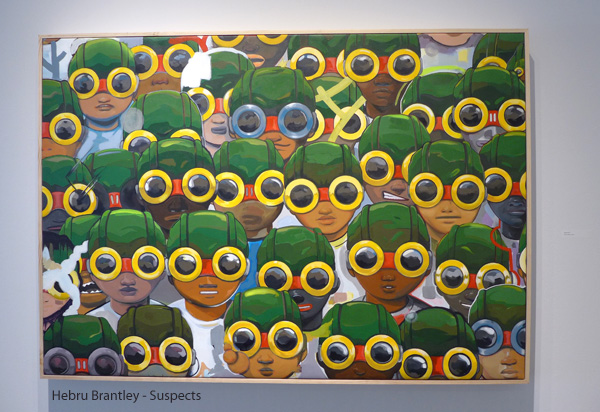 Not being American I am learning a lot about the history of race relations, yet I suspect that many viewers will be introduced to new ideas through Hebruâ€™s art.

There is a graffiti wall by Hebru in the museum where people can add art and take selfies as Flyboy. I like the accessibility of the art work, even with the subtle messaging behind it. Forced Fields is up through November 26, and is definitely worth a visit.

I also perused Wesley R. Bakerâ€™s American Images exhibit, which closes September 22. This striking art work also addresses various political subjects, with artist statements going in depth about the meaning of each piece. Wesleyâ€™s love of motorcycles is evident in one half of the room, and I enjoyed his depiction of the freedom he and fellow riders experience while taking road trips.

The painter also illustrates his awareness of historic and political events. One sculpture serves as a stark reminder of slaveryâ€™s shackles.Â 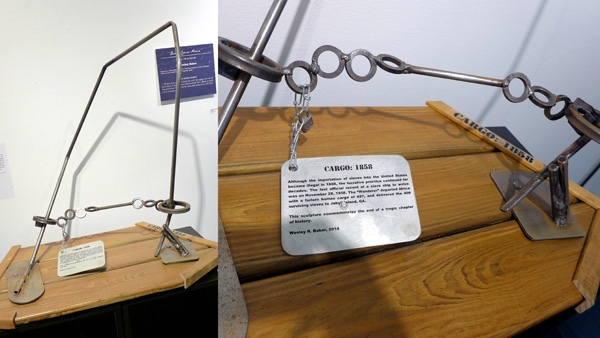 I learned about Ira Hayes through another sculpture. 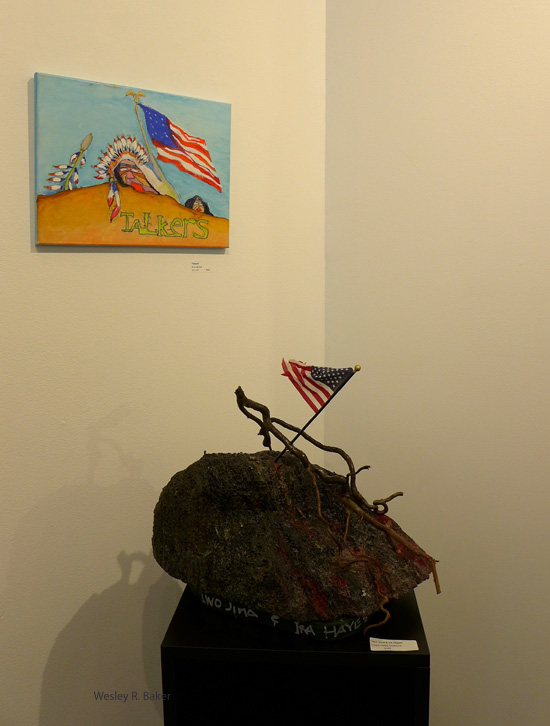 His native American themed paintings evoke both the beauty and the struggle of indigenous tribes in America.

I didnâ€™t realize that the museum also owns the McCormick House. Built by Mies van der Rohe, the building is undergoing renovation to its original state after being relocated to the Elmhurst Museum site in 1992. The house was originally built in 1952 for Robert Hall McCormick, Jr. and his wife. 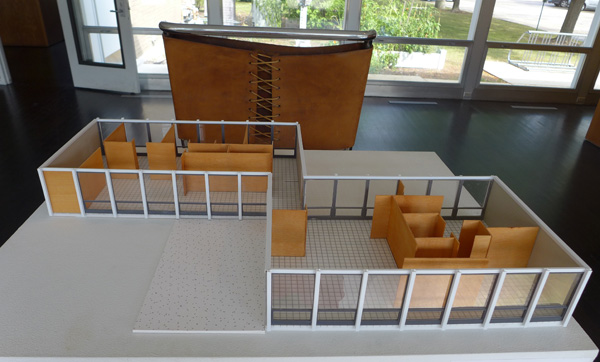 Mies designed the minimalist house as a prototype for a proposed group of smaller, affordable middle-class homes in nearby Melrose Park. Unfortunately,glass, steel and brick on a concrete slab design proved unpopular and the project did not take off. The house has a framework of peripheral columns and ceiling beams, which allowed for an open and adaptable interior with movable wall partitions, now configured as storage spaces. 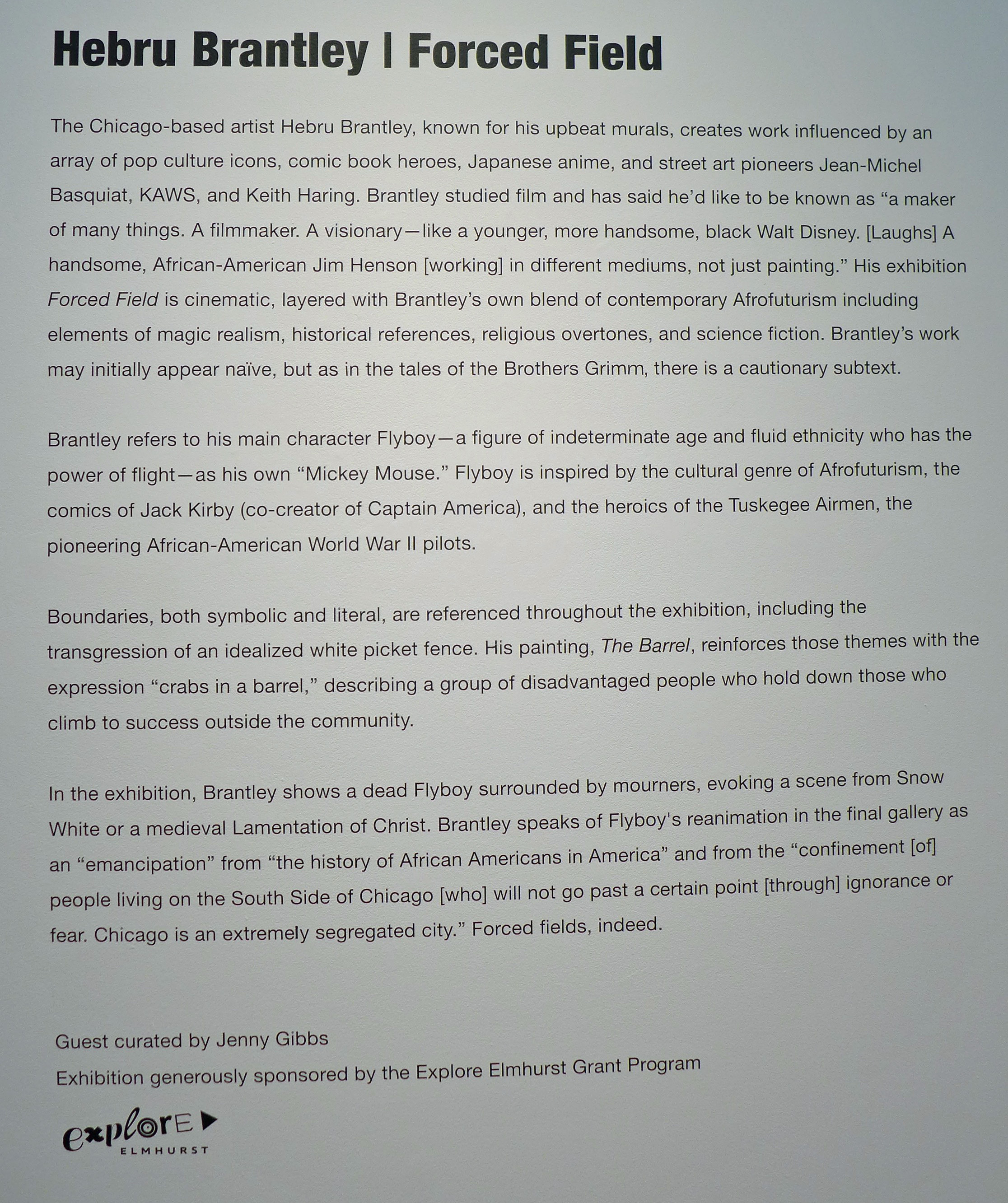 There are also some large scale sculptures on the museum grounds to interact with. It was a lovely outing prior to the Girls Nite Out event. 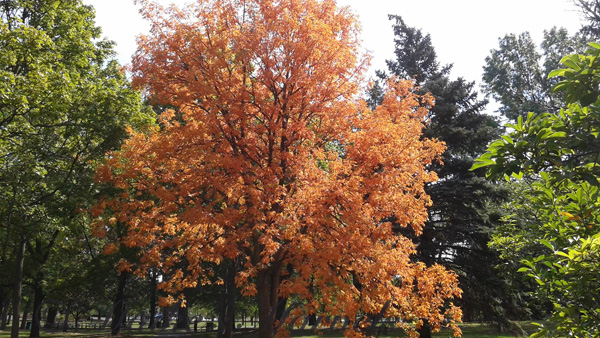