Did you devour a book yesterday? April 1 marks the birthday of French gastronome Jean-Anthelme Brillat-Savarin (1755-1826), the author of Physiologie du goÃ»t.Â  In honor of this birthday, and based on an idea conceived in 1999, Judith A. Hoffberg and BÃ©atrice Coron started The International Edible Book Festival. 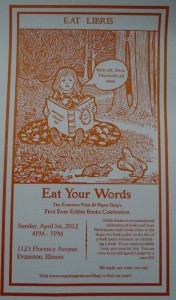 This worldwide observation made it to my home town yesterday. The Evanston Print and Paper Shop, which hosted my linocutting class last year, invited bookloving culinary creatives to enter edible goodies into a competition. 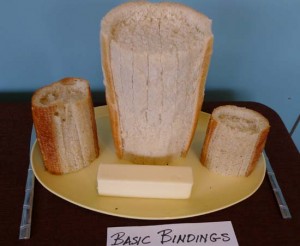 Those who only came to watch the fun, like me, paid an admission fee. We were given ballots and a menu (letterpress printed of course!) on which to select Best in Show, Best Pun, Most Likely to be Eaten, Most Book-like, and Best Use of Ingredients. 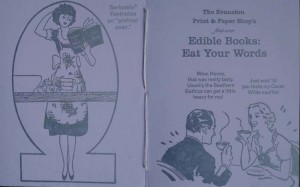 Some people created plotlines for their creations. 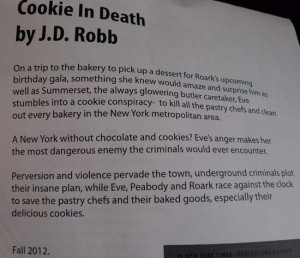 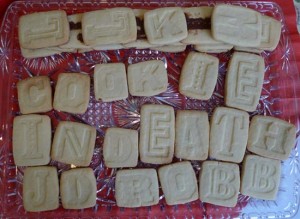 It was tough to decide, but soon the votes were cast. 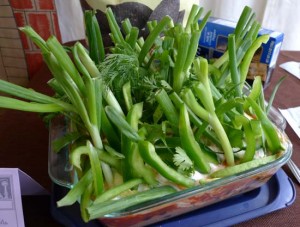 Leaves of Grass, a taco dip

I voted Les Miserapples as most likely to be devoured. 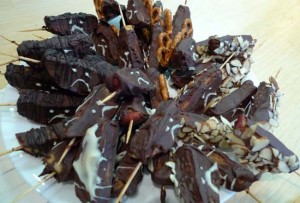 So much thoughtfulness went into each of these creations. 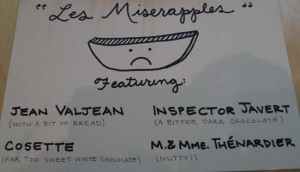 In actuality, of Rice and Men was quite popular: 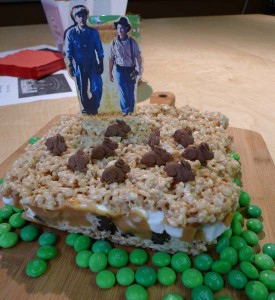 My favorite childhood book was represented. 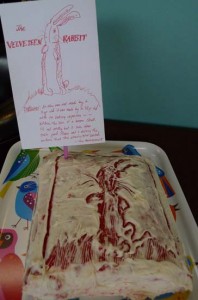 Then we actually needed a tie-breaker to judge after weâ€™d already dug into the goodies. 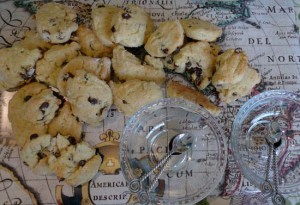 A scone at the end of the world 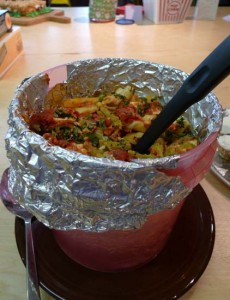 A pail of two Zitis, pasta

Harry Potluck won Best in Show and another category. 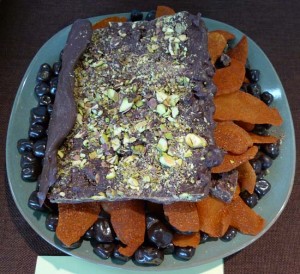 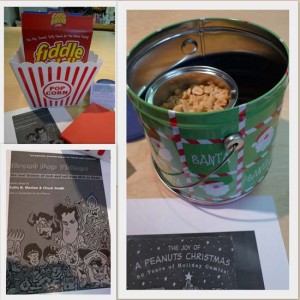 Great Pop Things and The Joy of a Peanuts Christmas 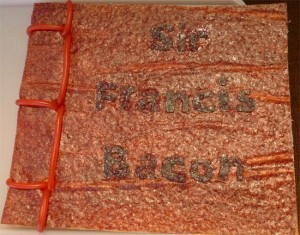 You can turn the pages: 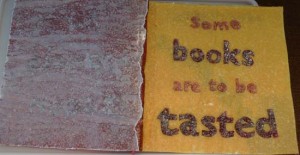 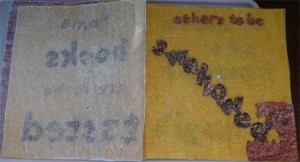 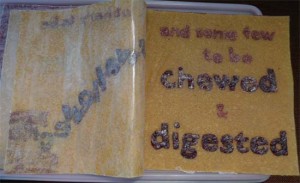 Cuc’r in the Rye,
rye bread with cream cheese, cucmber and olives

My favorite, both in presentation and taste-full-ness also won a prize: 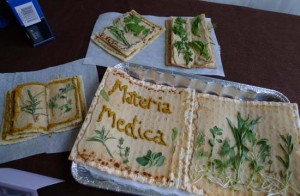 Â This looks like it modeled for a Renaissance nature book. 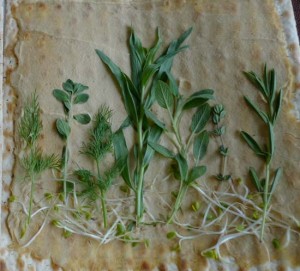 Peeps were represented well, reminding me Easter is coming up soon. 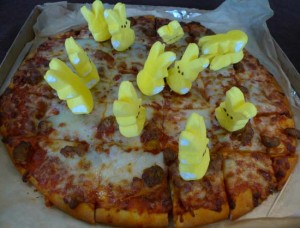 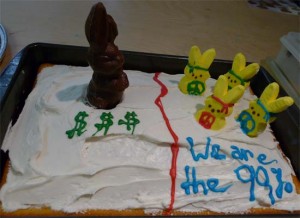 War and Peeps,
cake with a chocolate bunny and peeps

It looks like the Evanston Print and Paper shop has something else cooking: 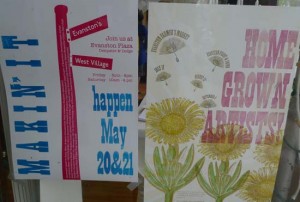 I am marking my calendar! 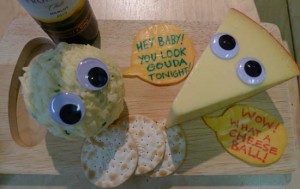 The Secret Life of Cheese