Last week I returned to the Field MuseumÂ for another wing exploration. This time Evolving Planet Â was on the schedule (a permanent exhibit, so come on up and see it for yourself with your kiddos). I also viewed a fabulous 3-D movie (T-Rex) about Sue, the most complete skeleton of a Tyrannosaurus rexÂ found to date, discovered by a paleontologist named Sue in the 1990s.

Alongside murals from the 1910s digital animated screens and interactive displays bring the ancient world to life. Here are some snapshots from my journey back in time. 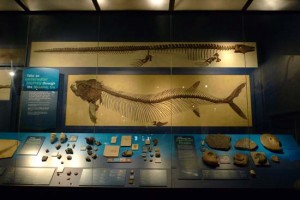 I marvel that the Field is able to fit giant mammals such as whales and dinosaurs into the building. This ApatosaurusÂ barely fits! 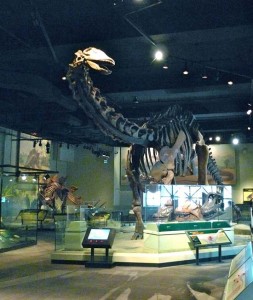 A 6-foot-tall Palm frond and herrings from 55-33 million years ago! 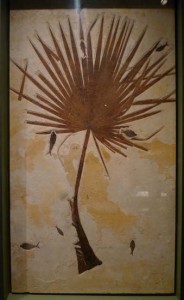 I chatted with some Ceratopsians. 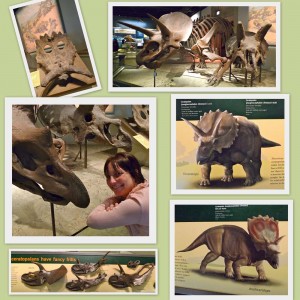 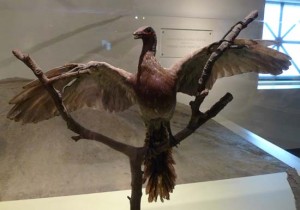 I wonder if Jar Jar Binks was inspired by this this Parasaurolophus. 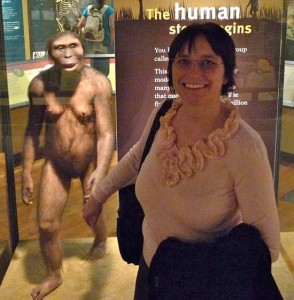 I look forward to my next Field Trip, which could involve the DNA lab, or more Nature Walking, and a special exhibit. You never know what discoveries a big museum like the Field holds!