“Dragonfly is the power of light.
The dragonfly inhabits two realms:
air and water; and
the influence of both these elements will
be felt by Dragonfly people.”

This is the last week of the Encaustic Nature in Art exhibit. My Damselfly-Dragonfly Diptych will be up until April 1 and then the gorgeous exhibit is taken down to never be seen in that lovely company again. 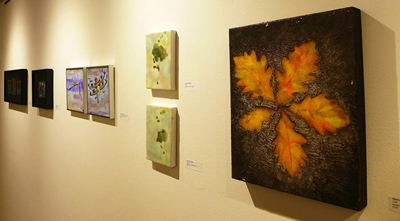 I started capturing Dragonflies in 2008, when one settled on a journal while I was on a birthday trip. Since then, theyâ€™ve posed for me sporadically on summer trips, garden walks, and in parks near Lake Michigan. 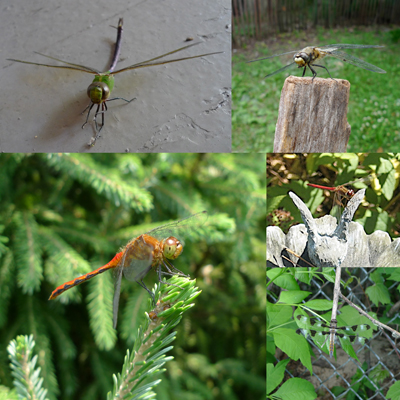 I didn’t know how hard they were to capture on camera until later. I’ve been lucky that some were willing to pose for me for minutes on end, like this one in Bluhm Park. 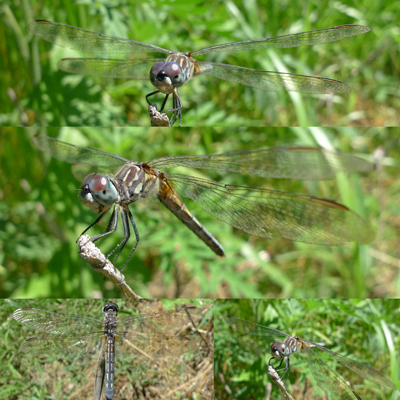 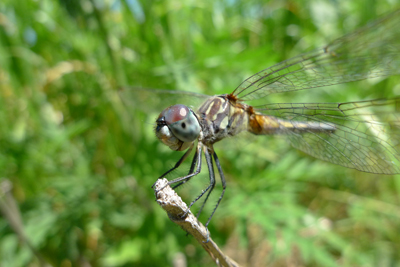 Dragonfly eggs are laid in the water, which hatch into naiads. They feed on mosquito larvae, and at times tadpoles and fish, and remain in this stage for 2 months to three years, some even up to five years. 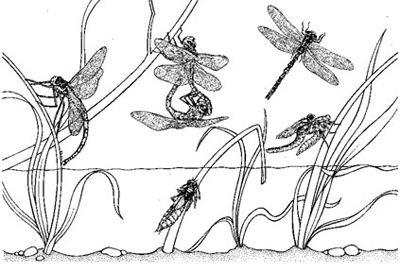 It then climbs up a reed above water, where it begins breathing and emerges from its split skin into an adult dragonfly, to live for up to six months in this stage. 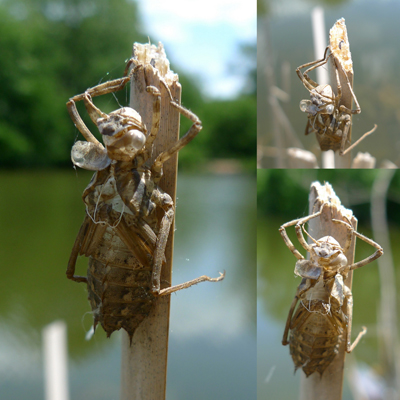 The musculature of Dragonflies is quite fascinating, which I learned at Backyard Monsters. 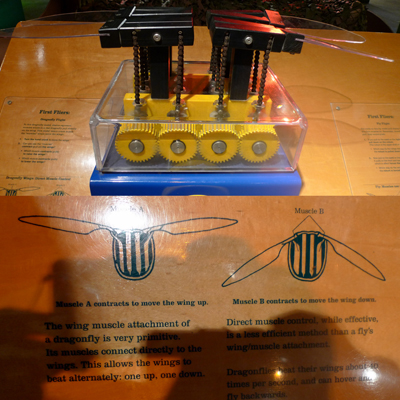 A fabulous explanation of the mechanism is below:

I snapped the 12-spotted skimmer at Emily Oaks Nature Center where I often go to observe dragonflies. They feed on mosquitoes so creating a dragonfly habitat in your garden might be beneficial in summer. 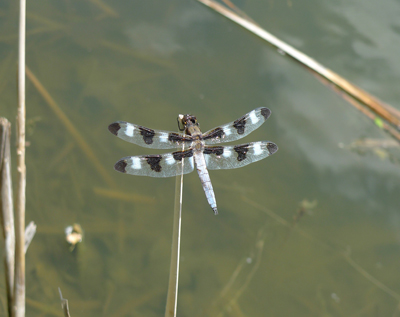 The damselfly, a bluet, settled in my path at the Mercer Arboretum & Botanic Gardens. Damselflies have the same life cycle , except that their wings are parallel to the body when at rest. They also have separated eyes.

The colors of these inspired me to make a diptych after reading Hilda Simon’s painstakingly researched and illustrated Dragonflies book that I recommend to anyone interested in these creatures. 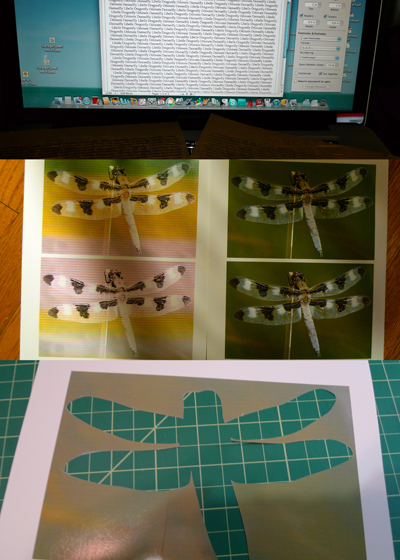 I lifted some quotes from her book and also looked up other dragonfly symbolism.Â  Then I pasted the base paper–with varying terms for Odonata–onto the wooden substrate. 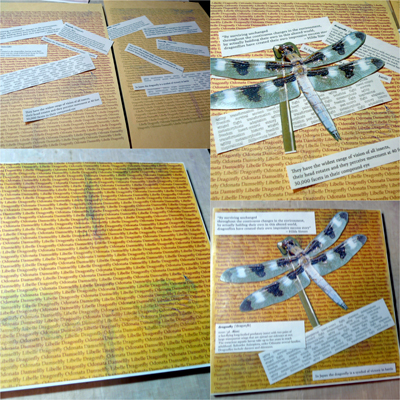 I layered on encaustic medium and made sure no bubbles formed. Then I added layers of blue encaustic paint, alternating with the translucent medium, and scraping here and there. 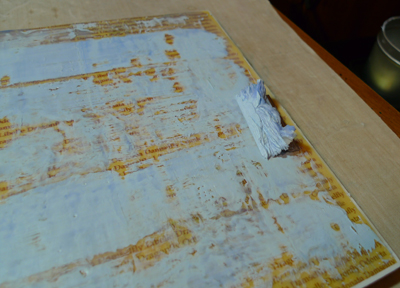 I added more layers of paper and checked the position of the photographs. 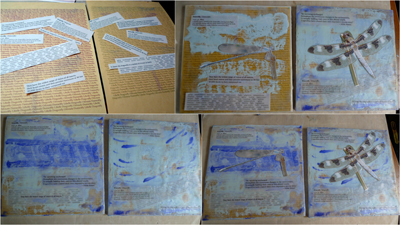 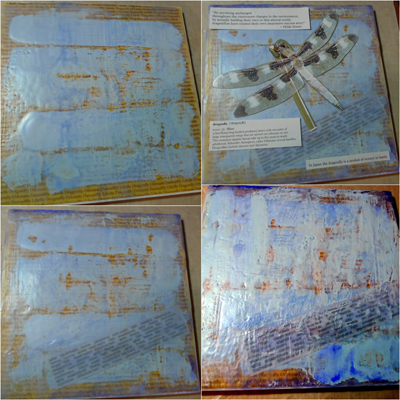 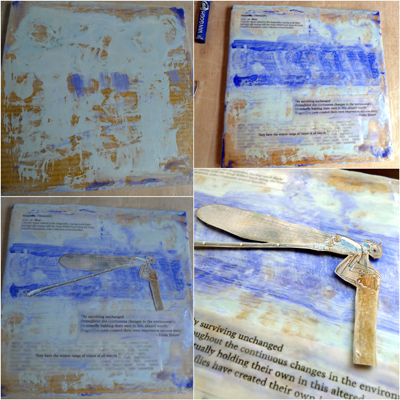 Voila, the diptych is complete, along with another companion piece, the Ruby Meadowhawk.

Visit the Art Center of Highland Park at 1957 Sheridan Road in Highland Park this week-end to get a final glimpse at Encaustic Nature in Art and Primal Awareness. 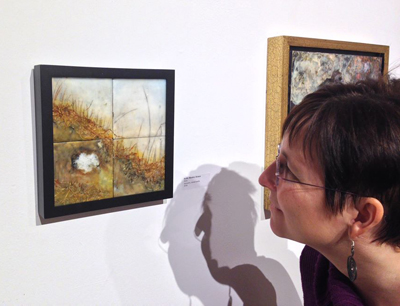 “When the dragonfly shows up in your life,
it may remind you to bring a bit
more lightness and joy into your life.”
~ Elena Harris, SpiritAnimal.com Editor

Â You can find desktop minis of the 12-spotted Skimmer in my Etsy store.