Just before Memorial Day weekend the Chicago Botanic Garden announced the arrival of an Atlas Moth in their Butterflies & Blooms exhibit. 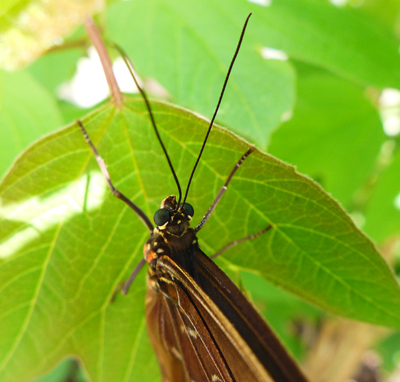 I eagerly drove up that Saturday, but many in Chicagoland had the same idea, and I didnâ€™t feel like wasting fuel in a long line of cars. Instead, I returned last week and enjoyed a quiet afternoon among butterflies. 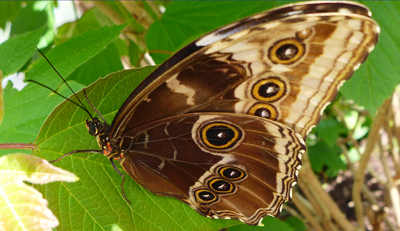 So much is in bloom right now and strolling through the grounds is a delight of colors and fragrances.Â  The butterfly enclosure was filled with Monarchs, Malachites, Morpho butterflies and a few longwings whose names I forgot. 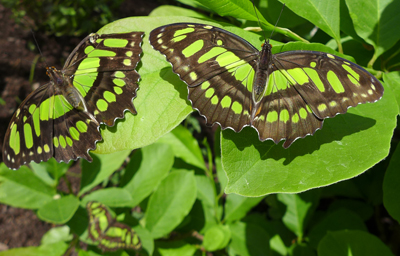 The prize was of course the Atlas Moth, and I noticed this one first. Just hanging out. They don’t eat as butterflies so this one has no need of that missing wing. 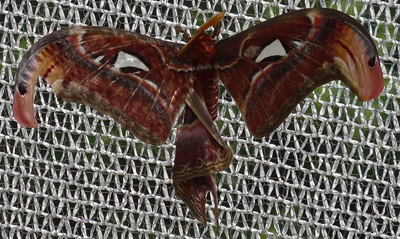 Then we were pointed to a female laying eggs, in a lovely knee-high location that enabled avid photographers to get numerous up-close shots. 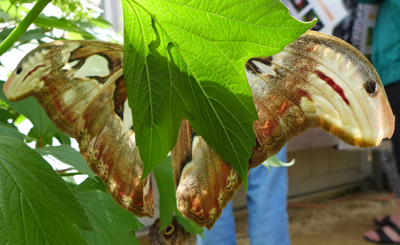 Unfortunately the regulations donâ€™t allow for the hatching of these eggs, but more butterflies are being raised on butterfly farms, so we do not have to worry about eliminating a generation of moths in controlled environments. 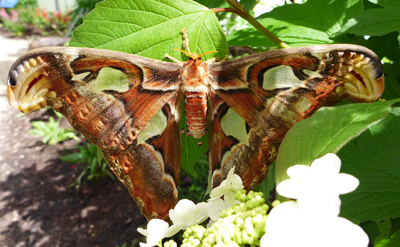 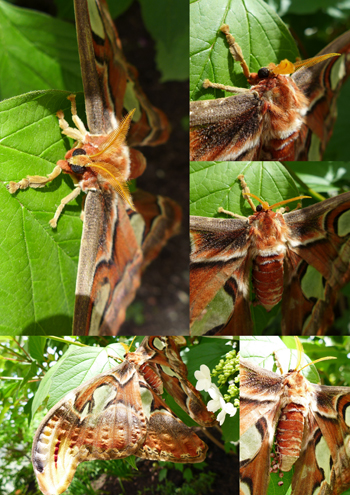 I noticed two more moths basking in the sun, and was just super-excited.

The Botanic Garden lucked out with two males and two females in this set. 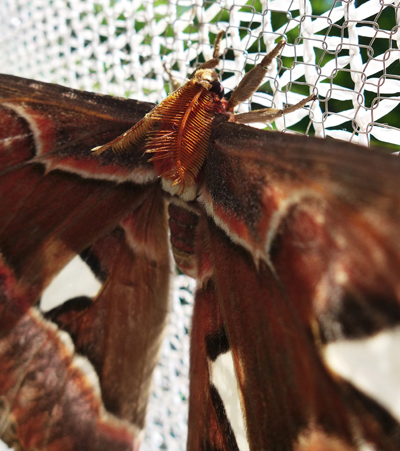 Of course my battery ran out of juice long before I was ready to go, but just before it did this Morpho decided to pose for a few of us. 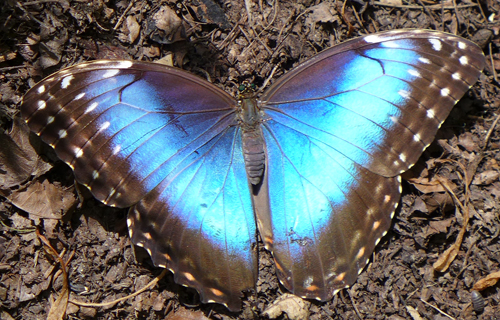 Generally we get this view. 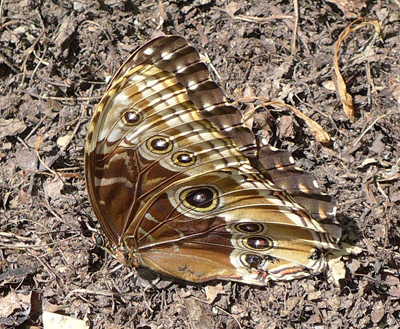 I also learned about the White Morpho, which was emerging in the pupa center. 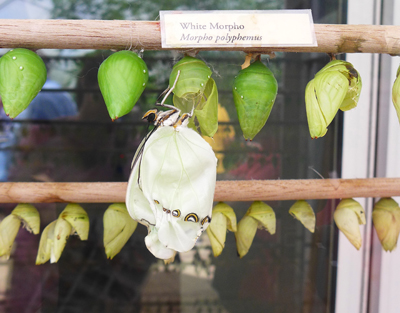 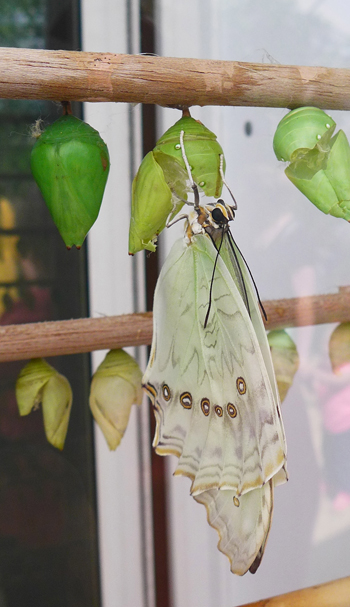 One hung out next to its blue counterpart. 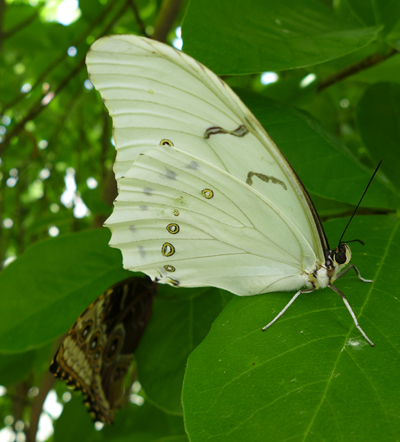 I highly recommend the Butterflies & Blooms exhibit for friends of Lepidoptera.

Tripods are not allowed, and you cannot touch the butterflies (unless they land on you of course), but itâ€™s a fantastic way to get an up-close view of these magical creatures. 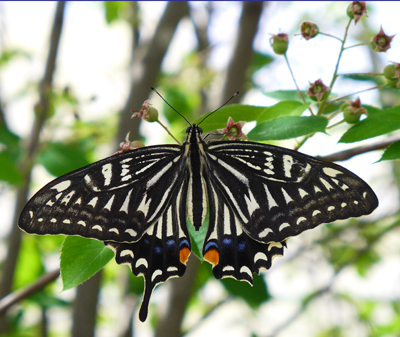 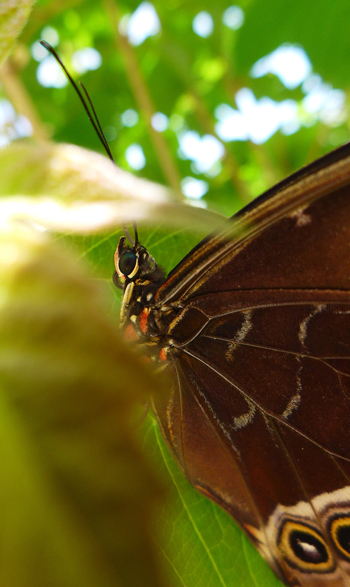