Since Easter is also Chocolate Celebration weekend, here is some trivia we shared back in December during a Network of Entrepreneurial Women gathering:

After Chocolate was presented to the Spanish King by HernÃ¡n CortÃ©s in 1528, the Spaniards kept it a secret from the rest of the world for 100 years. CortÃ©s presented the Spanish King, Charles V with cocoa beans from the New World and the necessary tools for its preparation. CortÃ©s later postulated that if this bitter beverage were to be blended with sugar, it could become quite a delicacy. The Spaniards mixed the beans with sugar, vanilla, nutmeg, cloves, allspice and cinnamon. 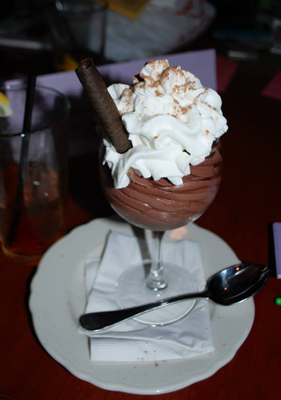 In 1609, The first book devoted entirely to chocolate, Libro en el cual se trata del chocolate, was written in Mexico. A recent book reported scientific evidence that pregnant mothers who eat chocolate will have children that are sweeter.

Pepero Day in South Korea is a holiday when friends and loved ones give each other long, thin cookies dipped in chocolate. Scheduled on the date that looks most like the cookies themselves, Pepero Day is held on November 11. 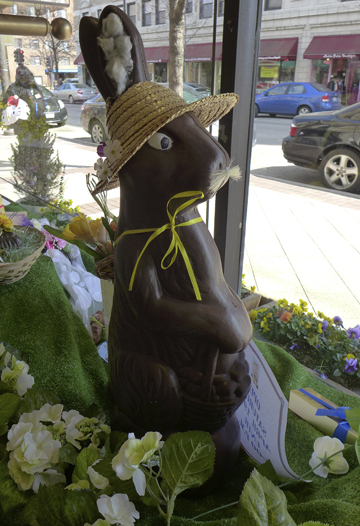 Roald Dahl suggested in his autobiography that he was at least partly inspired for Willy Wonka and the Chocolate Factory by the time he spent as a child testing flavors for Cadbury.

Ruth Graves Wakefield invented Chocolate Chip Cookies when using a chocolate chip substitute in the chocolate cookies she was preparing to serve at her Inn. The Inn was named TollHouse, thus becoming the origin of TollHouse cookies.

The Field Museumâ€™s World Fair exhibit is on display now (and NEW will visit it in August).Â  Chicago Woman Bertha Palmer of the Palmer House Hotel invented the Chocolate Brownie for the Chicago Worldâ€™s Fair. A chef at Chicago’s Palmer House Hotel created the confection after she requested a dessert for ladies attending the fair; it should be, she said, smaller than a piece of cake, though still retaining cake-like characteristics and easily eaten from boxed lunches. These first brownies featured an apricot glaze and walnuts, and they are still being made at the hotel according to the original recipe (definitely a lovely activity to do with out-of-towners). 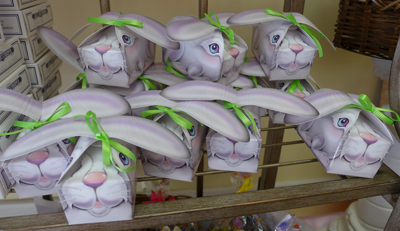 The Women’s World’s Fair of 1925 was held April 18â€“25 in the American Exposition Palace. It attracted more than 160,000 visitors, and consisted of 280 booths representing 100 occupations in which women were engaged. The fair was the idea of Helen Bennett, the manager of the Chicago Collegiate Bureau of Occupations, and Ruth Hanna McCormick, a leading clubwoman and Republican politician. Women publicized and ran the fair; its managers and board of directors were all women.

The fair had the double purpose of displaying women’s ideas, work, and products, and raising funds to help support women’s Republican Party organizations. The booths at the fair showed women’s accomplishments in the arts, literature, science, and industry. These exhibits were also intended as a source for young women seeking information on careers. Among the exhibitors at the fair were major corporations, such as Illinois Bell Telephone Company and the major national and regional newspapers. Local manufacturers, banks, stores, and shops, area hospitals, and women inventors, artists, and lawyers set up booths demonstrating women’s contributions in these fields and possibilities for employment. 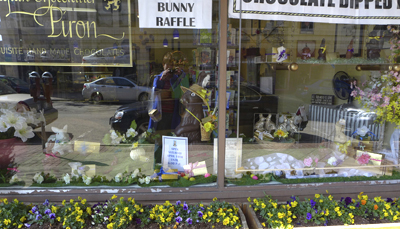 Mayans and Aztecs knew chocolate offered a high and called it magical. The Neurosciences Institute in San Diego, California believes that “chocolate contains pharmacologically active substances that have the same effect on the brain as marijuana, and that these chemicals may be responsible for certain drug-induced psychoses associated with chocolate craving.”

Both the Mayans and Aztecs believed the cacao bean had magical, or even divine, properties, suitable for use in the most sacred rituals of birth, marriage and death. According to Chloe Doutre-Roussel’s book The Chocolate Connoisseur, Aztec sacrifice victims who felt too melancholy to join in ritual dancing before their death were often given a gourd of chocolate (tinged with the blood of previous victims) to cheer them up. 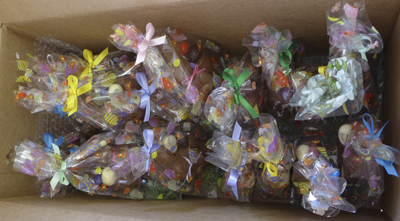 The basis for cocoa powder was invented during the 1830s in the Netherlands (my father land). Dutch process chocolate or Dutched chocolate is chocolate that has been treated with an alkalizing agent to modify its color and give it a milder taste compared to “natural cocoa” extracted with the Broma process. It forms the basis for much of modern chocolate, and is used in ice cream, hot cocoa, and baking.

The Dutch process was developed in the early 19th century by Dutch chocolate maker Coenraad Johannes van Houten, whose father Casparus is responsible for the development of the method of removing fat from cacao beans by hydraulic press around 1828, forming the basis for cocoa powder. These developments greatly expanded the use of chocolate, which had been mostly used as a beverage in Europe until that time. 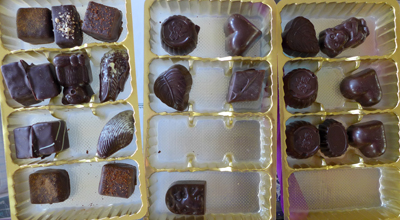 The Broma process is a method used to remove cocoa butter from cocoa mass, leaving cocoa solids (cocoa powder). In about 1865, someone at the Domingo Ghirardelli factory discovered that when a bag of cocoa mass (ground cacao beans) was hung in a warm room, the cocoa butter dripped off, leaving behind a residue that could then be processed into cocoa powder. More cocoa butter (fat) is extracted by using the Broma process than by using a hydraulic press, and less fat remaining in the cocoa (powder) makes it easier to dissolve the cocoa into liquids. Broma process cocoa also has a more intense flavor than Dutch process cocoa, as no alkalis are added to the cocoa.

All chocolate photos are from Belgian Chocolatier Piron, except for the mousse which is at Symphony’s in Evanston.

Enjoy chocolate mousse with us at Symphony’s on Thursday evening. 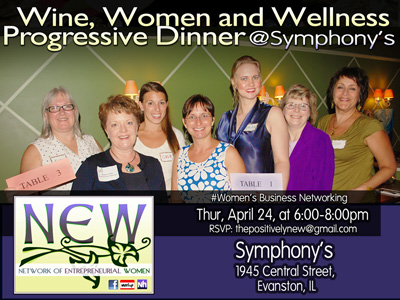