Right after fair season ended, it was time for a fun day. Now That’s A Jig! inventor Brenda Schweder had ordered an Ugly Sweater Angel via Instagram, which was a fun challenge. 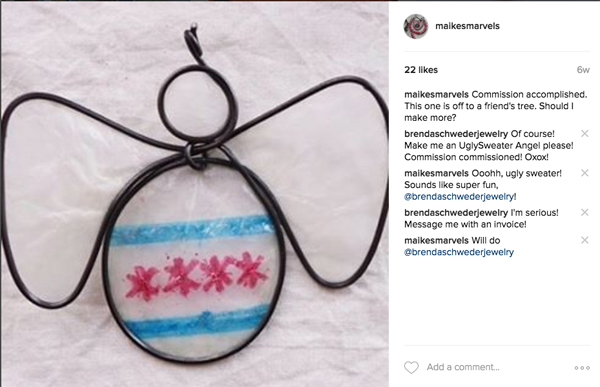 I used some of my BelgianÂ felt pieces as embellishments, picked some ‘ugly’ paper, and then ‘uglified’ it more by creating as much glittery pattern as possible on the body and wings. 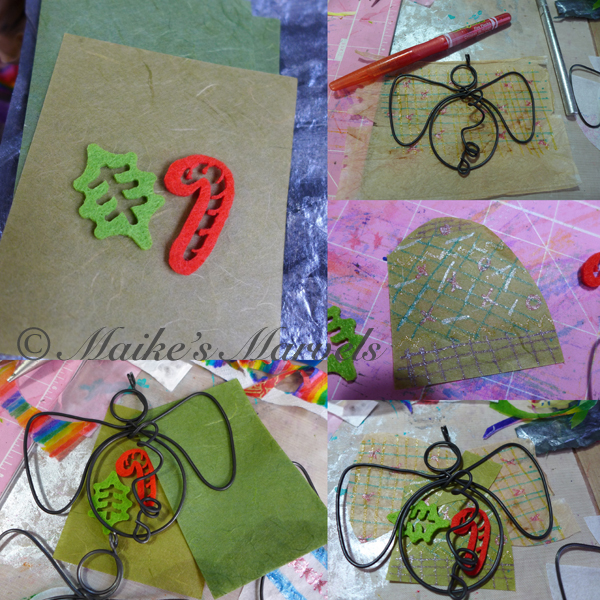 Then when I told her I was about to ship it, she said she would come pick it up instead, with video equipment in tow. So I had to clean my desk!

Brenda arrived and the lights were set up. 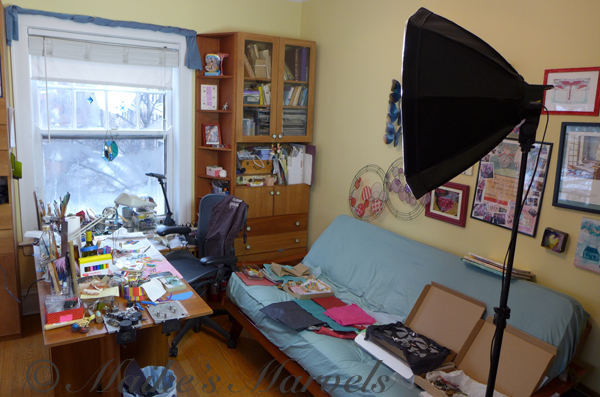 I asked Brenda to bring an extra 1″ square peg for my mini-book projects. With the variety of pegs and extender packs Brenda has available, the NTaJ! possibilities are endless, especially with all the demonstrations she gives to inspire handufacturers. 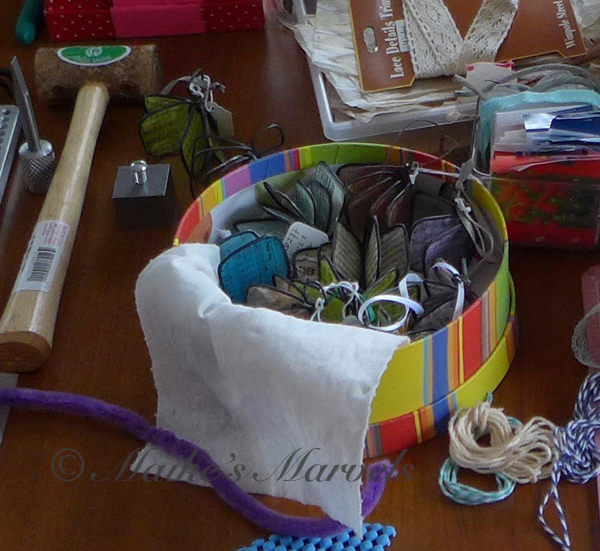 We had a lovely morning chatting while I demonstrated how to wax a rainbow onto the wire bird Brenda had brought.

You can find the tutorial on making the wire part of the bird here:

A live watcherÂ won the final piece. I am actually polling what kinds of birds are popular for a murmuration project. 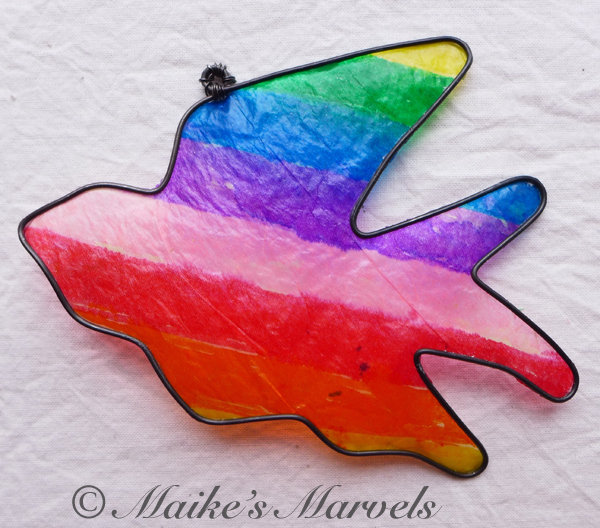 Then my traveling Angel said goodbye to Ugly Sweater Angel. 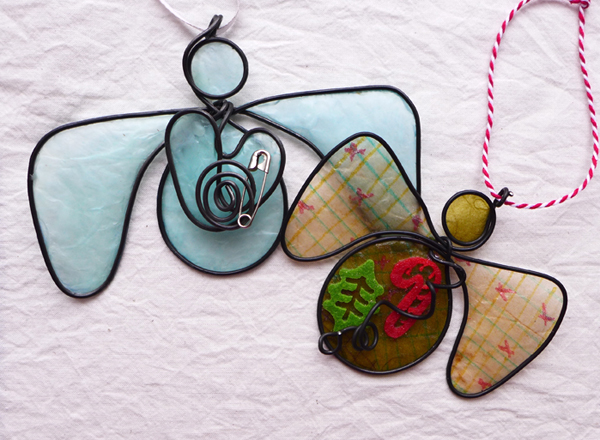 We went for lunch and then I introduced Brenda to the merchants of the Main-Dempster Mile, which was a blast. I think she might return to Evanston, possibly before going to Rockford. 😉 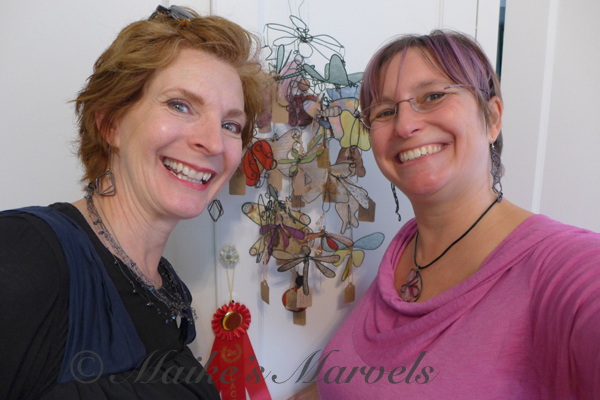 A few days later Brenda mentioned a Craftsy Tutorial, and I signed up for one of hers too, of course. 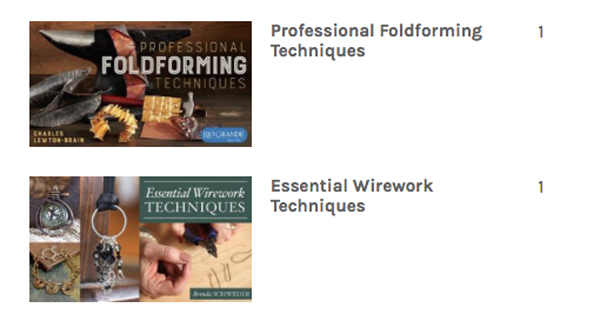 I also want to re-read this article and jig that necklace up. 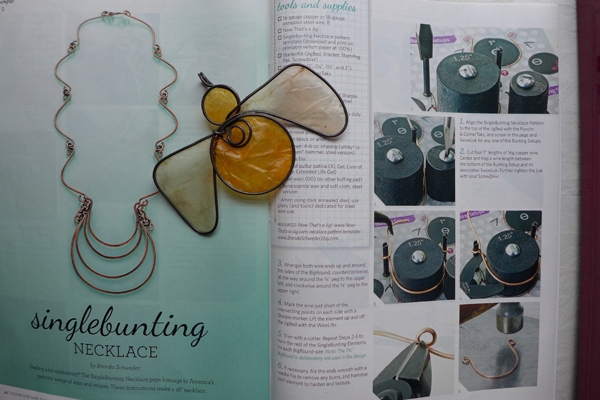 I am certain that 2017 will bring moreÂ NtaJ! shenanigans along with more Brenda fun! 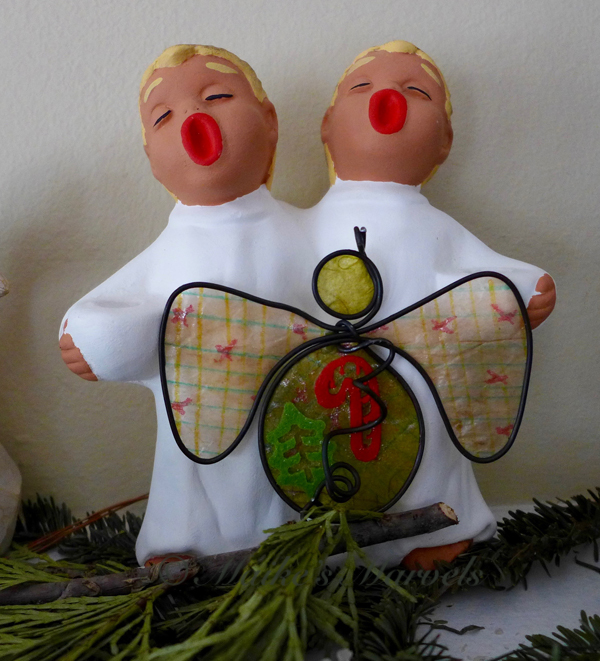