Wow, the last weekend of September was amazing. Numerous people converged upon 1100 Florence for the Nasty Women Evanston Fundraiser on September 28. 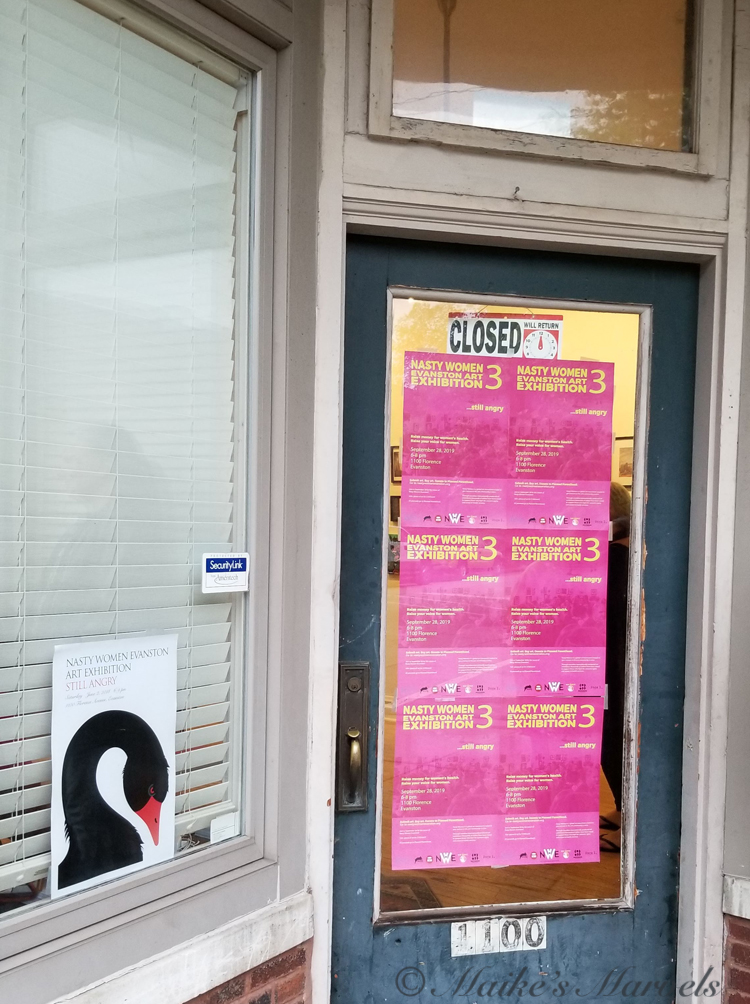 They patiently lined up until the doors opened at 6 pm. 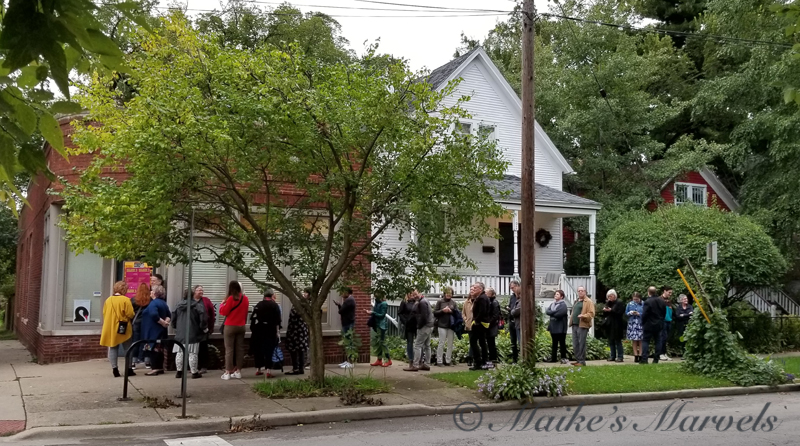 Then the blinds opened and we could get our first peek at all the art work. 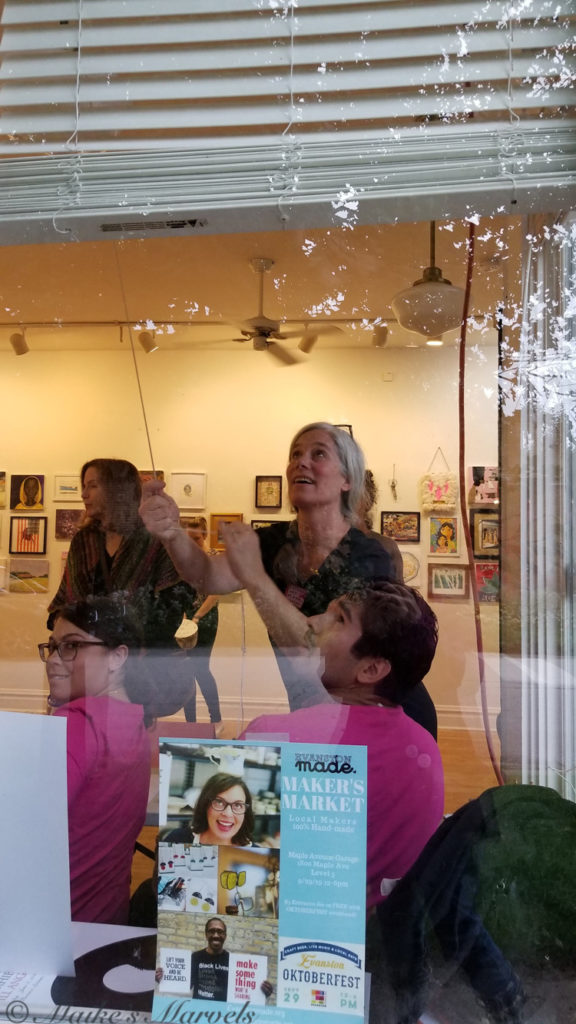 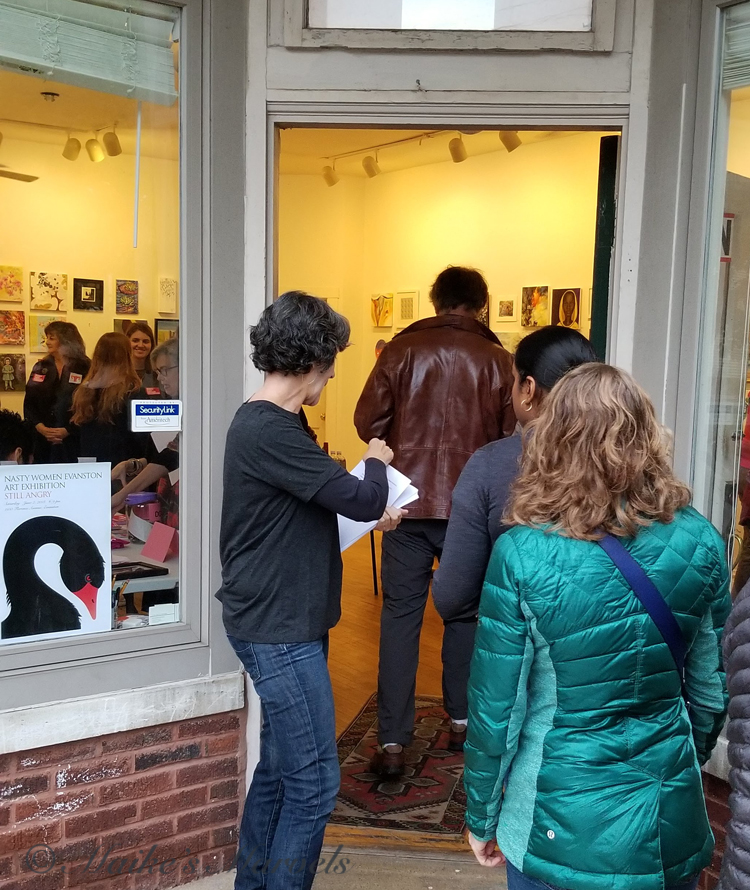 The place was packed and art was pulled off the walls right away.

The first transaction took place within seconds of opening. 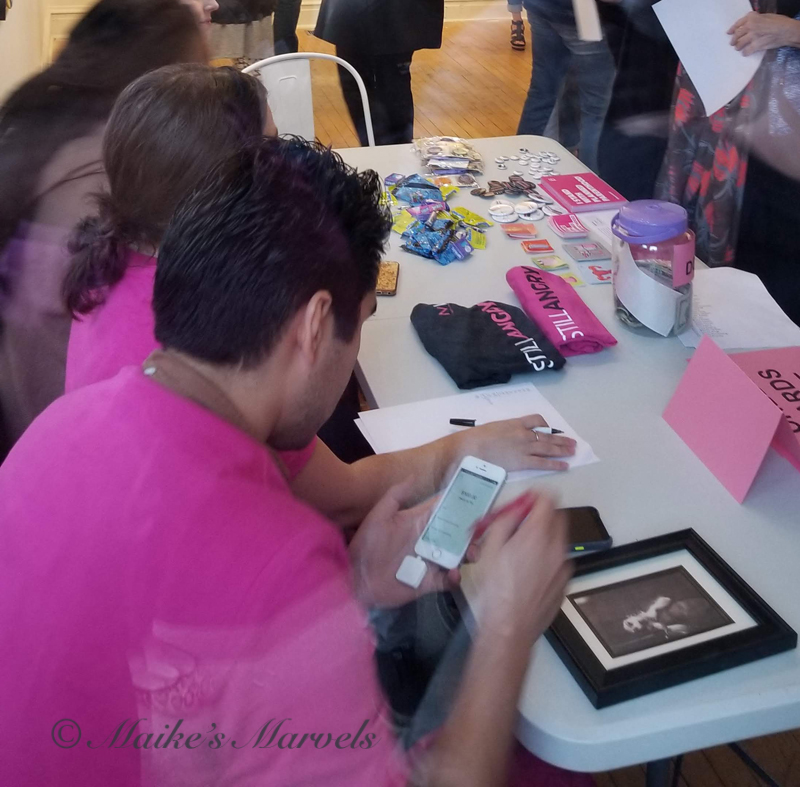 I had created a wire goddess for the event. I snapped a picture of it outside, and when I wanted to take a picture inside it was already claimed. My photo time stamps say this happened between 18:01 and 18:02!!! Whoot! My first contribution didn’t sell, so this is super exciting for me. 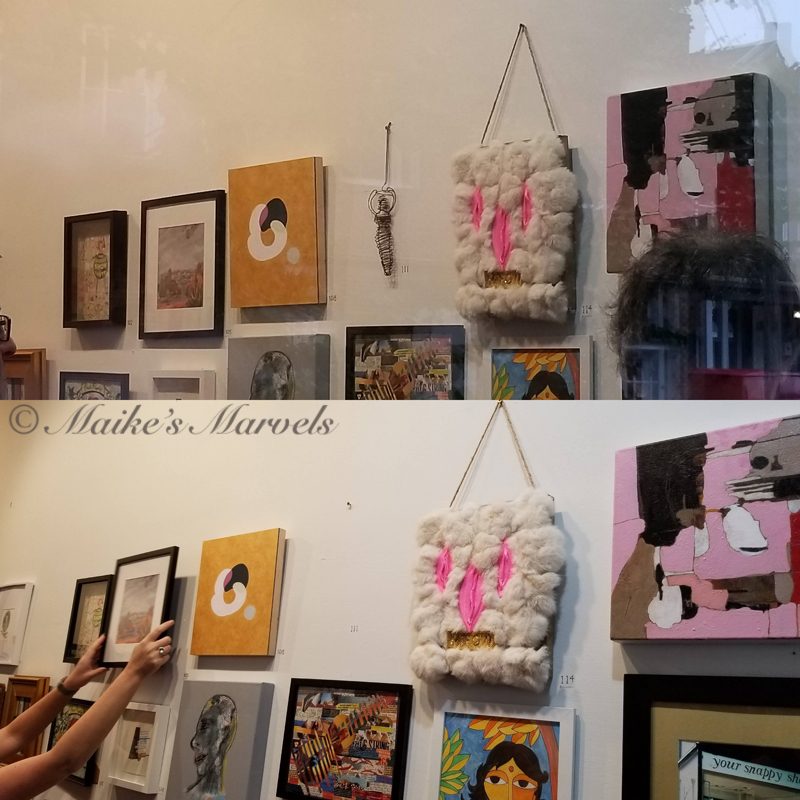 I met the woman who purchased it and she said a Facebook post alerted her, so she came in on a mission. I still have a few more goddesses in stock, so contact me if you want one. 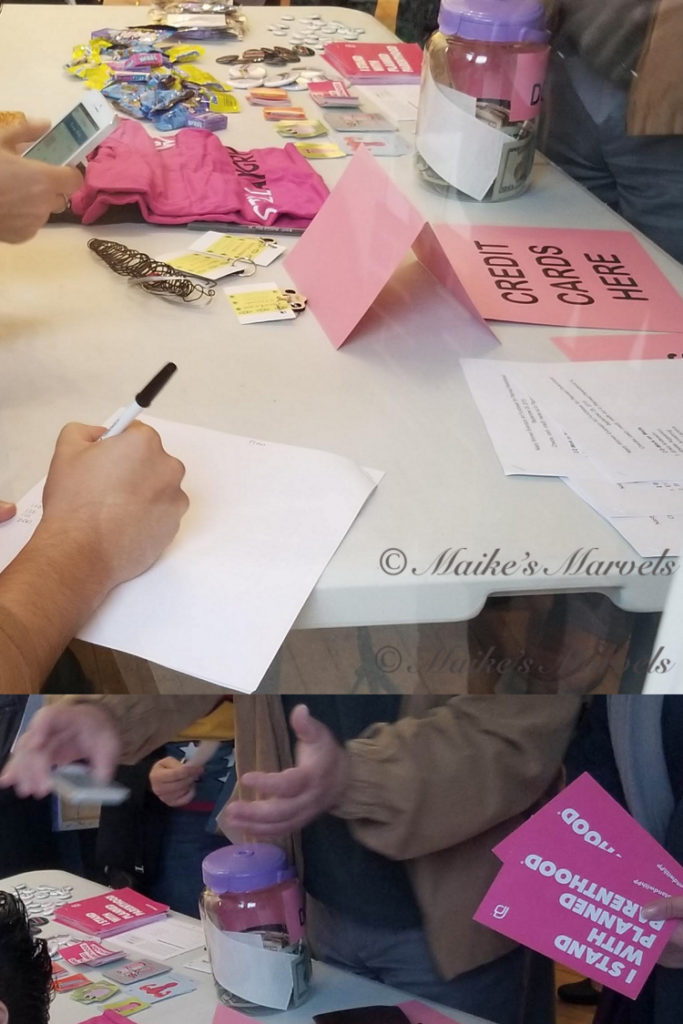 A bell announced when we hit a milestone goal. Our volunteers Lynn Altfeld, Lil Hogan, Cara Lawson, Cisco Hahn, Lydia Sweeney, Janet Webber, Judith Joseph were fabulous. Event Chairs Carolyn Hinske and Jessa Bertone were the ones puling together the 123 pieces of art from women and allies across the nation. 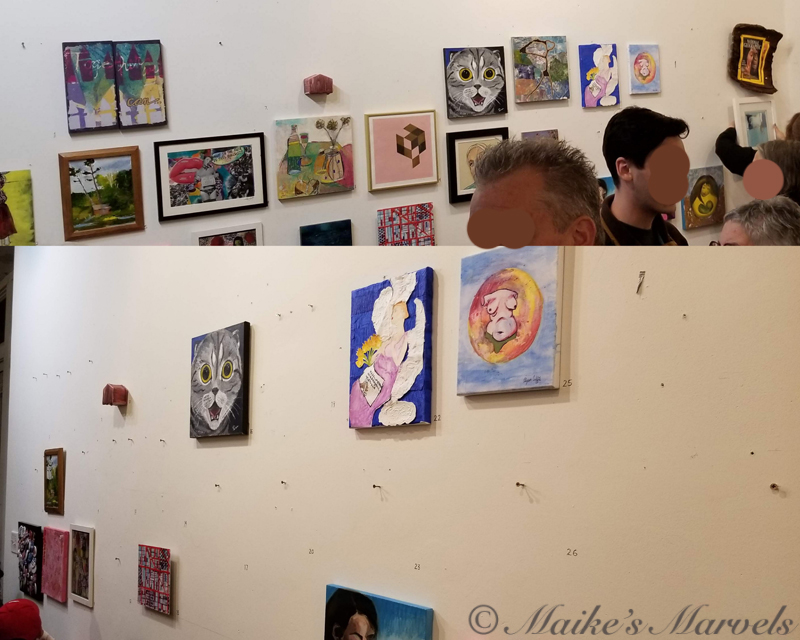 For those with less than $100 in their pocket, Nice Lena had donated keychains, and other smaller items were available for sale. 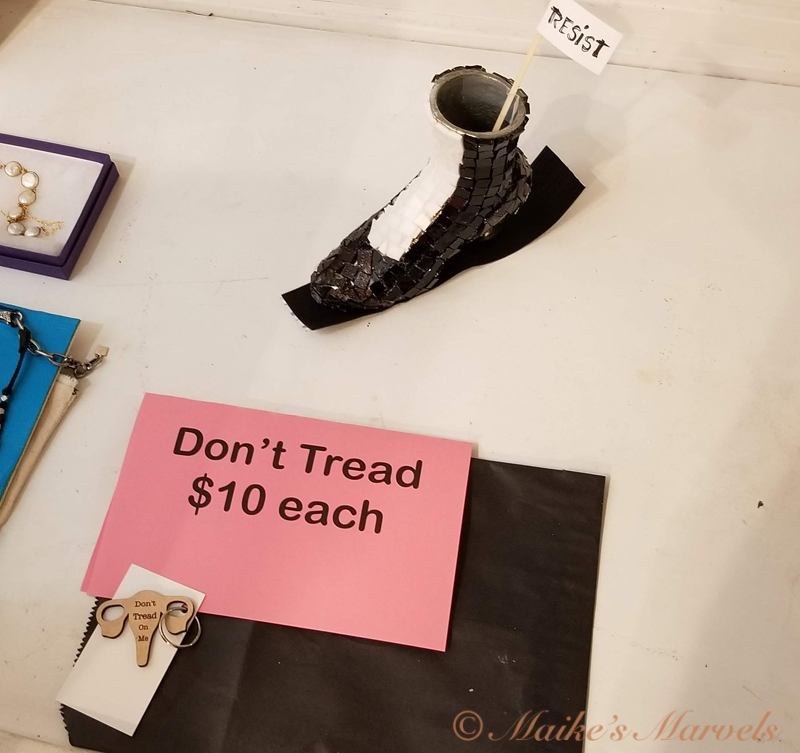 It was amazing how much art disappeared within the first 45 minutes. 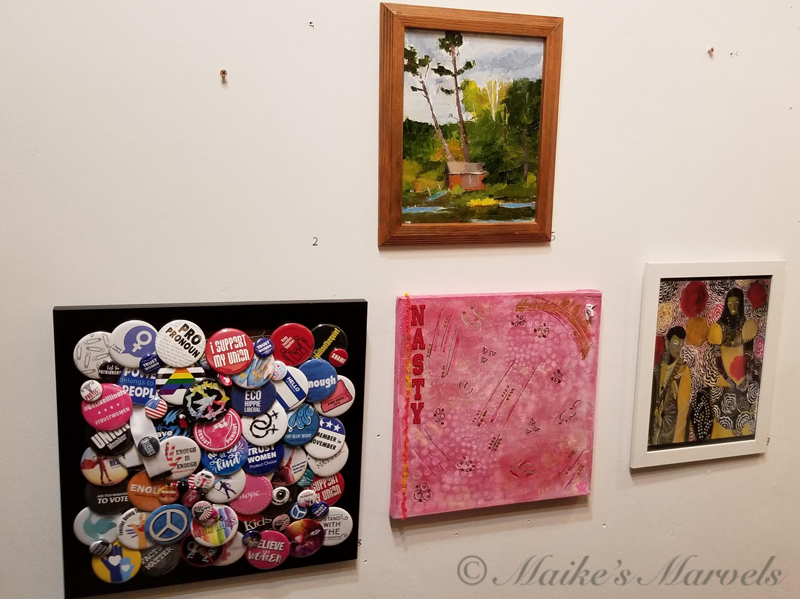 There was even an overflow table for art donated from Evanstonians as well as people out of state. 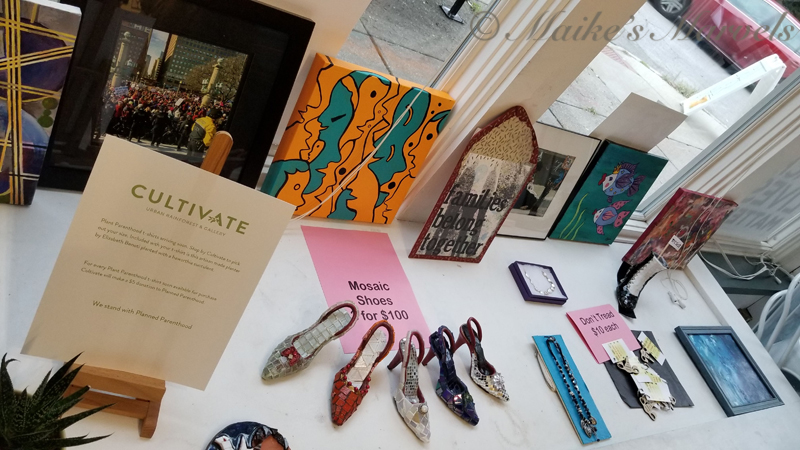 The steady flow of people in the gallery was overwhelming at times, but also exhilarating since it all showed a wave of support for women’s health care rights. 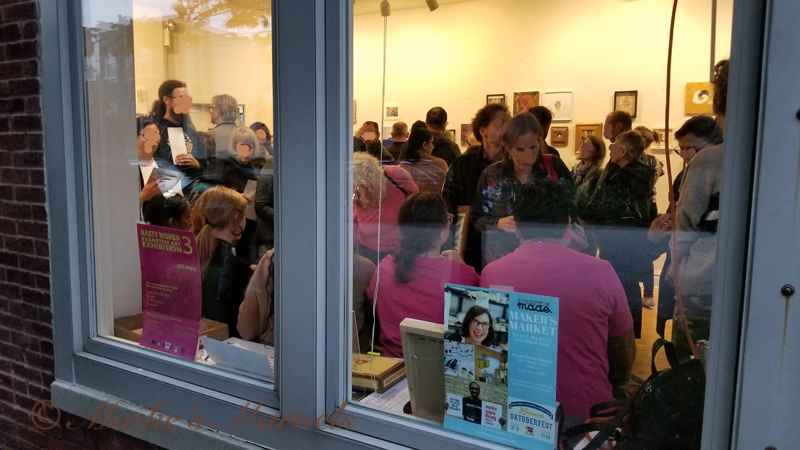 I learned about Dr. Thelma Patten Law, one of the first black female Obstetrician/Gynecologists in the state of Texas, who served the black community at Planned Parenthood, and did so for more than twenty-five years. 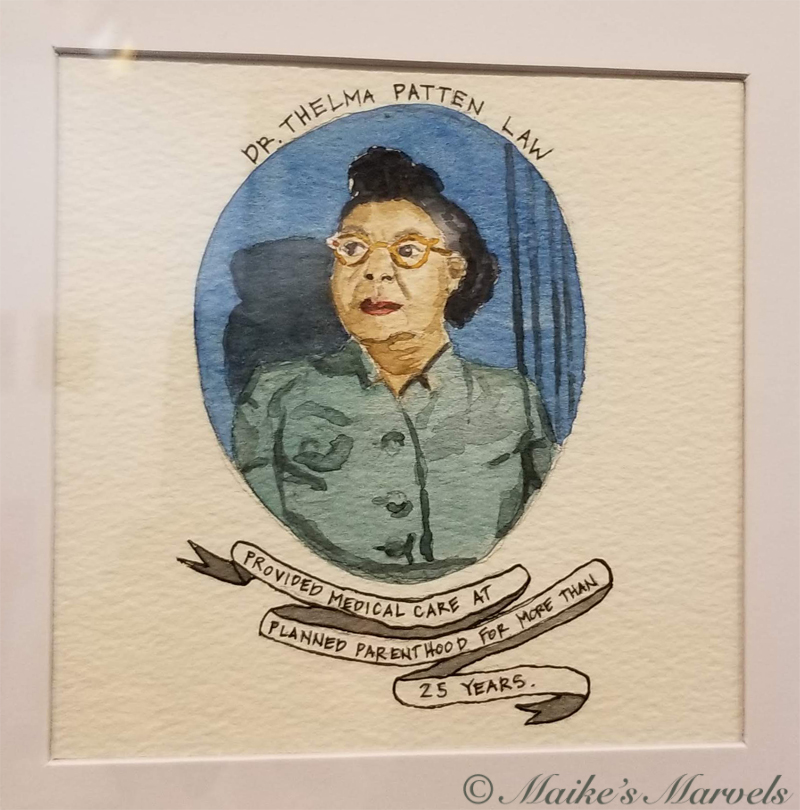 At the end of the night, we broke through the goal of raising $10,000 for Planned Parenthood. Donations continued for the next few days, so all ‘leftover art’ may have found a home as well. 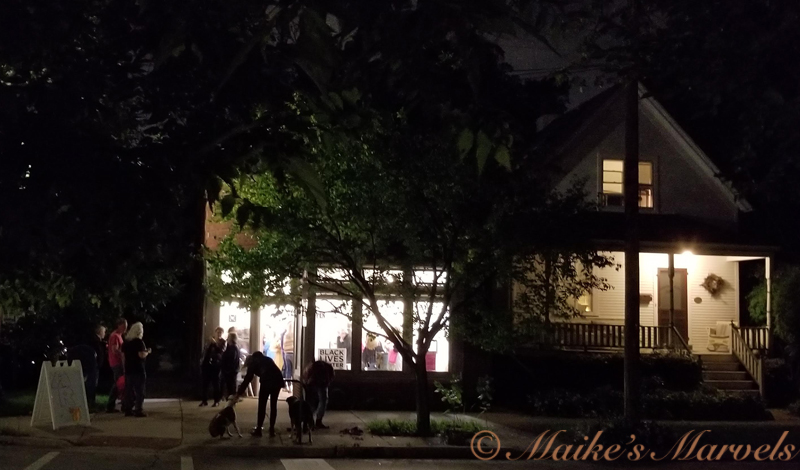 I had to get ready for the next day, but the party was still hopping when I left at 7:30. Check out the event photos with all walls intact on the Nasty Women Evanston Web Site.